Accessibility links
Orange County Supervisors Revolt Against California's Sanctuary Law : The Two-Way The vote by the all-Republican Board of Supervisors is the latest sign of a backlash against a state law designed to protect immigrants from deportation. 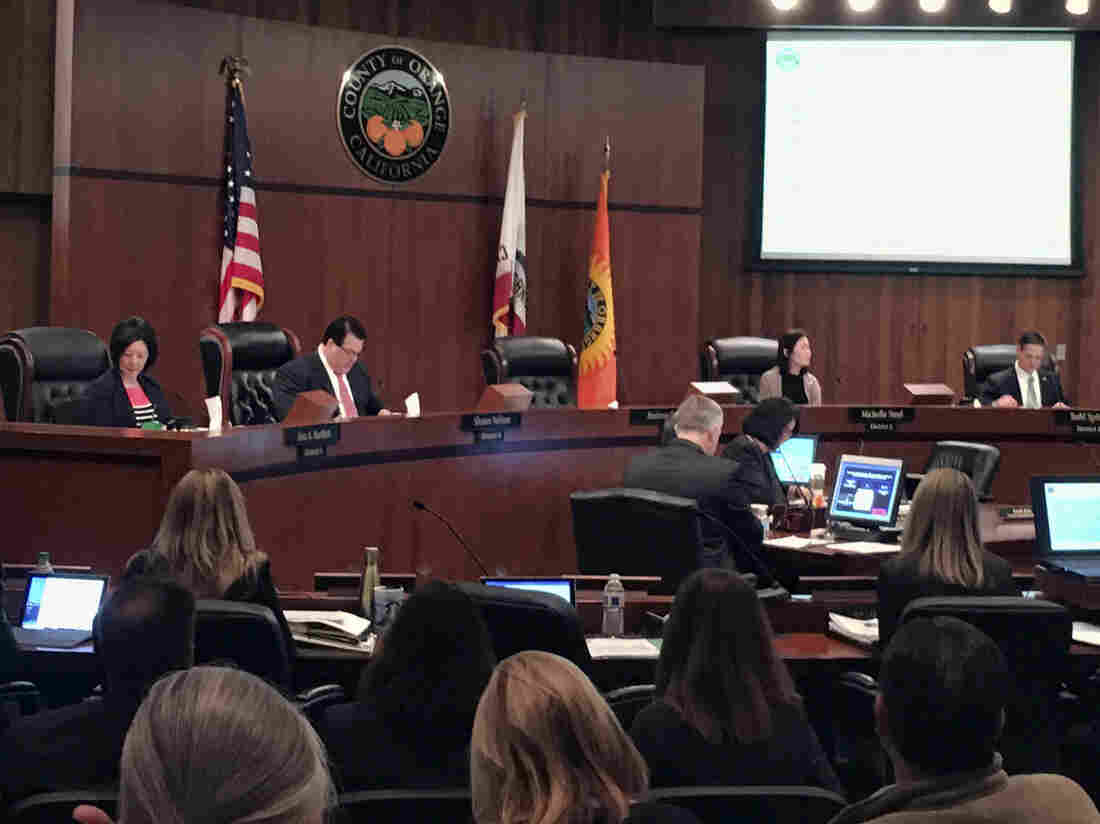 The Orange County Board of Supervisors during a meeting in Santa Ana, Calif., on Tuesday. The board voted to oppose California's sanctuary law for undocumented immigrants. Amy Taxin/AP hide caption 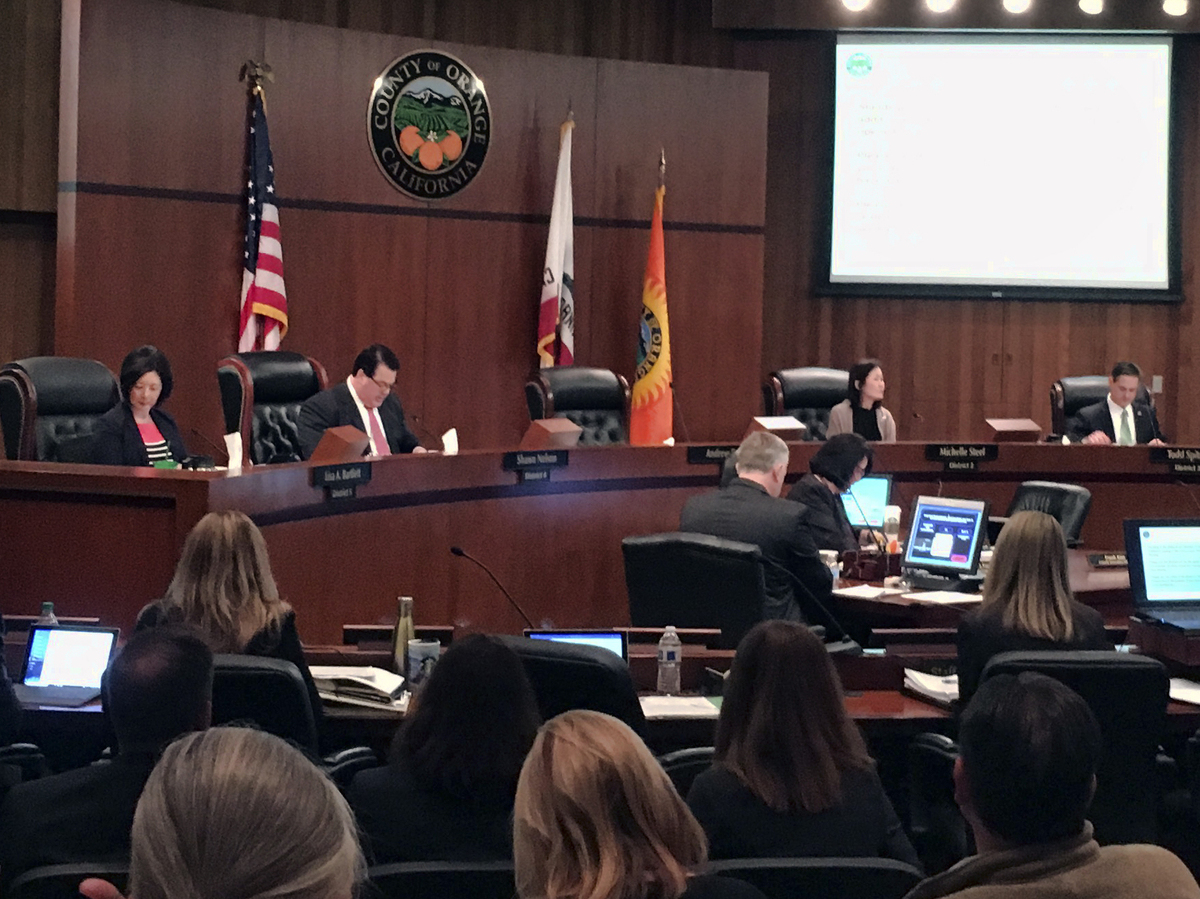 The Orange County Board of Supervisors during a meeting in Santa Ana, Calif., on Tuesday. The board voted to oppose California's sanctuary law for undocumented immigrants.

The Orange County Board of Supervisors voted 3-0 to buck California's political leaders and join a federal lawsuit against that state's sanctuary law.

That law, known as SB 54, limits the cooperation of local law enforcement agencies with federal immigration authorities. It was designed to help protect undocumented residents from deportation and signed into law by Gov. Jerry Brown in October 2017.

The Justice Department, led by Attorney General Jeff Sessions, responded this month by suing California and two state officials. The suit argues that the California law is unconstitutional because the federal government has sole authority over immigration matters.

"Attorney General Jeff Sessions is seeking to throw out this law. Orange County throwing its weight behind the administration is symbolic. California is often seen as the front line of the Trump resistance movement. The commission here is controlled by Republicans. But the county went blue in the last presidential election for the first time in decades. The hearing at times got heated; Trump supporters in 'Make America Great Again' hats celebrated the vote. Immigrant-rights protesters rallied outside calling the decision racist and politically motivated."

The move comes a day after the County Sheriff's Department announced that it will make public a list of when inmates are released from custody.

As the Orange County Register reported,

"As of Monday, March 26, an existing 'Who's in Jail' online database includes the date and time of inmates' release — a move agency officials say will enhance communication with its law enforcement partners.

"The release date information applies to all inmates, not just those who are suspected of being in the country illegally. But the goal is to assist agents with the U.S. Immigration and Customs Enforcement, or ICE.

"'This is in response to SB-54 limiting our ability to communicate with federal authorities and our concern that criminals are being released to the street when there's another avenue to safeguard the community by handing them over (to ICE for potential deportation),' Orange County Undersheriff Don Barnes said.

"Orange County officials did not confer with ICE before making the change, he said."

Last Monday, the city council of Los Alamitos, Calif., an Orange County city of fewer than 12,000 residents, voted to exempt itself from the state's sanctuary law.