Accessibility links
Ecuador Disconnects Julian Assange From The Internet : The Two-Way The government of Ecuador said WikiLeaks founder Julian Assange, who has been living inside its London embassy, was jeopardizing its relationships with other countries in his social media posts. 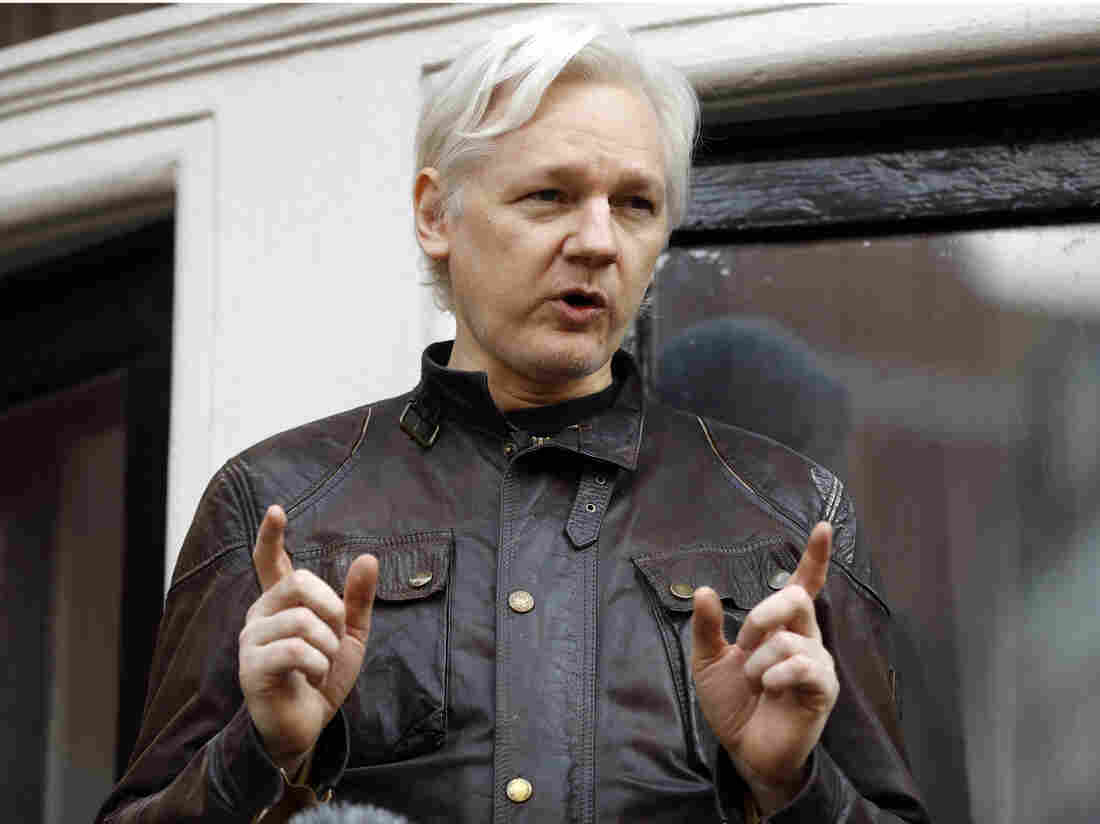 WikiLeaks founder Julian Assange talks to supporters outside the Ecuadorean Embassy in London, where he has been in self-imposed exile since 2012. Frank Augstein/AP hide caption 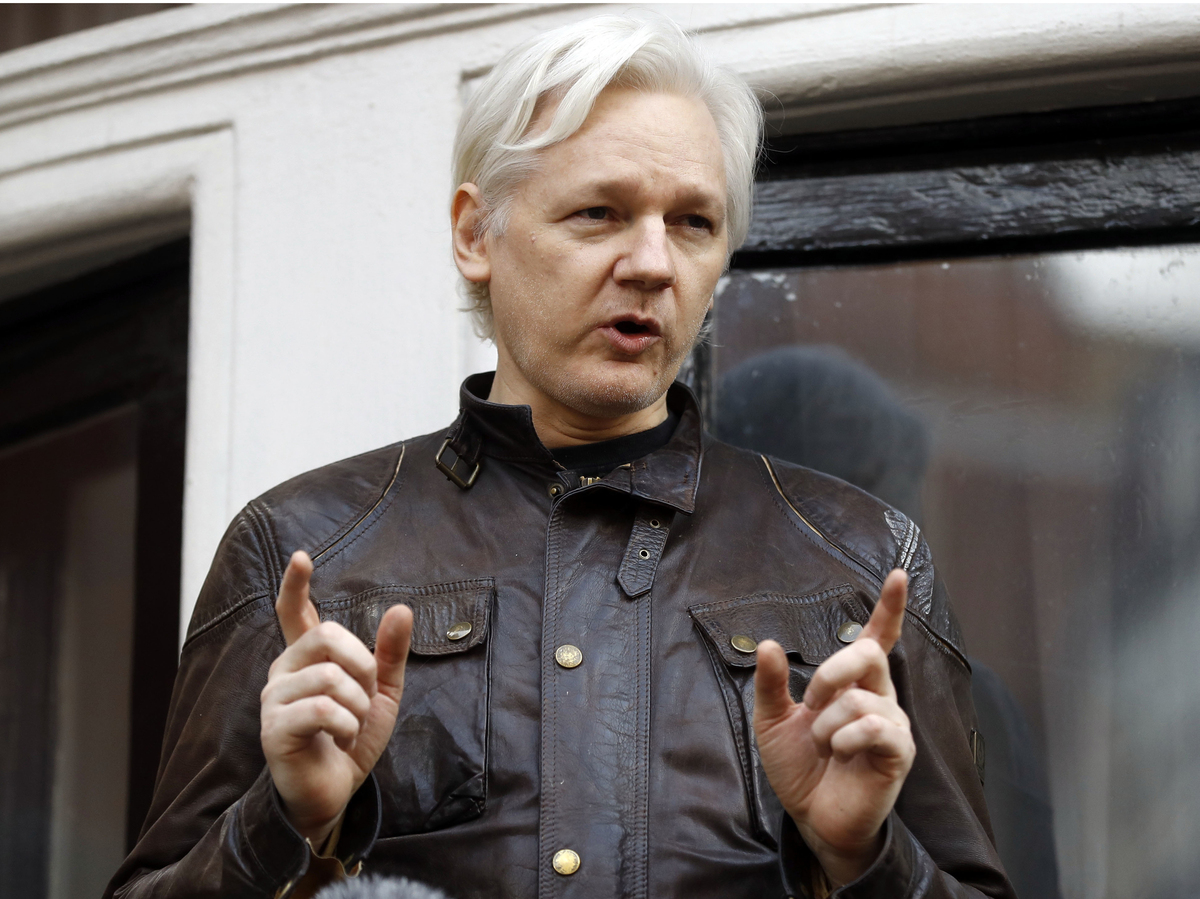 WikiLeaks founder Julian Assange talks to supporters outside the Ecuadorean Embassy in London, where he has been in self-imposed exile since 2012.

The government of Ecuador has cut off the Internet connection for WikiLeaks founder Julian Assange inside its London embassy, saying that he was jeopardizing its relationships with other countries through his posts on social media.

Assange has been living in the embassy there since 2012, when he took refuge because of allegations from Sweden of sex crimes, including rape. He has feared that if he appeared in Sweden he would face extradition to the U.S., where he could be put on trial for the WikiLeaks leak of a massive trove of documents.

Last year, Sweden announced that it was dropping the rape investigation. But Assange is not in the clear, as NPR's Colin Dwyer reported, because there is still an outstanding arrest warrant for him in the U.K. for "failing to surrender in court." A judge upheld that warrant last month.

The source of Ecuador's recent concern appears to be a series of tweets in which Assange suggested that only "circumstantial" evidence suggests Russia is behind the nerve agent poisoning of a former Russian spy and his daughter in the U.K. earlier this month. That attack prompted the U.K., the U.S. and more than a dozen European nations to expel Russian officials from their countries.

In a statement, Ecuador said that Assange violated a written contract with its government in late 2017, "for which he's obligated not to issue messages that would interfere with relationships with other nations."

It added that through his social media posts, Assange was putting in danger the "good relations that the country maintains with the United Kingdom, with the rest of the European Union and with other nations."

That prompted Ecuador on Tuesday to interrupt Assange's "external connections," adding that there are other potential measures it could take.

(3/3) Further, while it is reasonable for Theresa May to view the Russian state as the leading suspect, so far the evidence is circumstantial & the OCPW has not yet made any independent confirmation, permitting the Kremlin push the view domestically that Russia is persecuted.

It was clear that Assange's comments angered British Foreign Office Minister Alan Duncan, who described him as a "miserable little worm" during a debate in Parliament on Tuesday.

This is not the first time Ecuador has taken steps to limit Assange's Internet. In October 2016, Ecuador said it was temporarily restricting Assange's access in response to leaks of documents that it says impacted the vote. It added that the change "does not prevent the WikiLeaks organization from carrying out its journalistic activities."

In May 2017, as the BBC reported, "Ecuadorian President Lenin Moreno asked Mr Assange to refrain from expressing his public support for the independence campaign in Spain's Catalonia region after he tweeted that Madrid was guilty of 'repression'."

Moreno appears less keen on Assange than does former President Rafael Correa, the leader who initially granted him asylum. According to the AP, Correa "hailed Assange's work, but the nation's current head of state has called him a hacker and warned him not to meddle in politics."