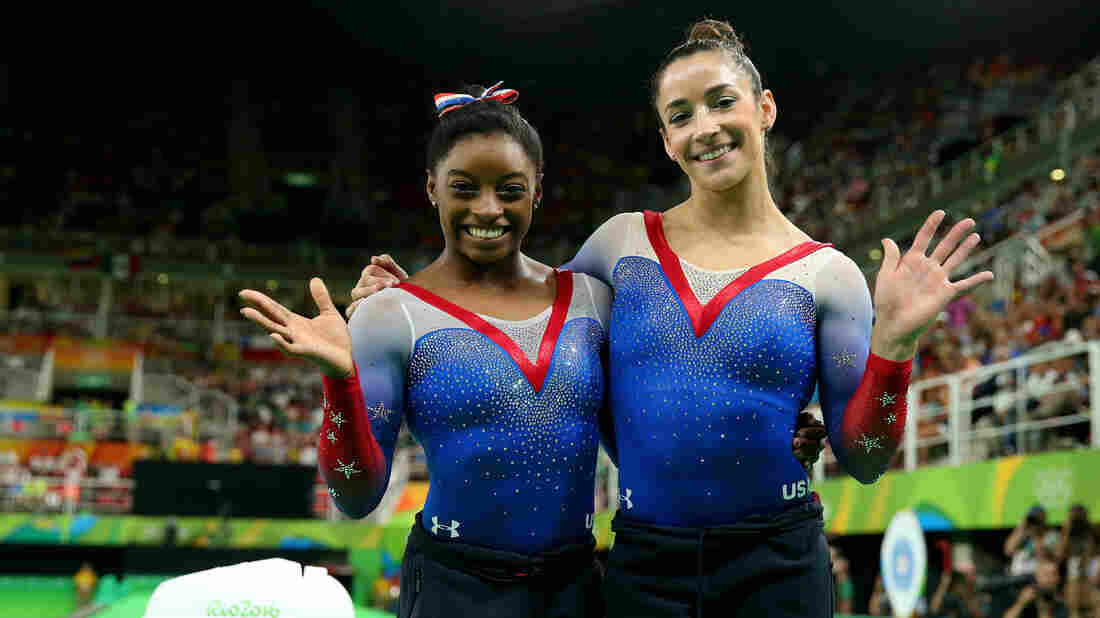 Simone Biles (left) and Aly Raisman in 2016. Both gymnasts say they were sexually abused by Larry Nassar. A public relations firm monitored both of their Twitter accounts, according to a report. Alex Livesey/Getty Images hide caption 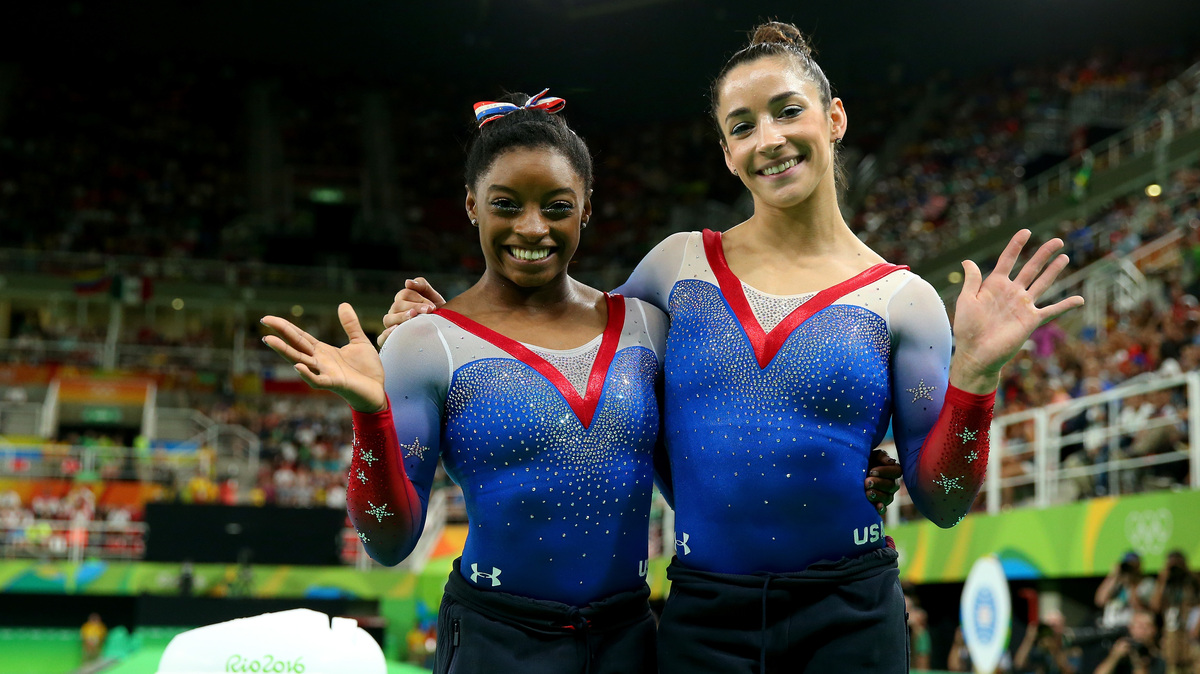 Simone Biles (left) and Aly Raisman in 2016. Both gymnasts say they were sexually abused by Larry Nassar. A public relations firm monitored both of their Twitter accounts, according to a report.

Michigan State University spent more than $500,000 to keep tabs on the online activities of former Olympic gymnastics doctor Larry Nassar's victims and journalists covering the case, according to the Lansing State Journal.

The public-relations company Weber Shandwick billed the university $517,343 for more than 1,440 hours of work tracking social media in the month of January, the Journal reports.

The Journal says it obtained documents, including emails, from a public records request.

Later on Thursday, Dixon sent NPR a statement from Weber Shandwick, saying "news coverage ... does not accurately reflect our work." The statement continued:

"The majority of our work involved crisis counsel to address the tragedy. We were not hired to monitor victims' social media accounts. As with any assignment, we forwarded to our clients traditional media and publicly available social media pertaining to the horrible tragedy at MSU, including statements made online by the victims."

Dixon earlier told the Journal the company was hired to "provide communications support."

She also told the newspaper: "As part of Weber Shandwick's work providing communications counsel, the firm monitored media and social media conversations surrounding the university, which included posts from the survivors of the Larry Nassar case."

Purported screenshots of emails from Weber Shandwick to university officials show the firm was tracking Twitter retweets and mentions of certain articles and certain authors, which articles drove the most "conversation," "notable retweets," a count of daily news articles and broadcast mentions and more.

"MSU continues to be negatively mentioned in connection with the victim impact statements and ESPN's 'Outside The Lines' segment," one email reads.

"Conversation around the upcoming sentencing and MSU's role in the matter continues to be driven by victims of Nassar, their families and regional journalists," another says, and goes on to mention how many times certain tweets by family members of Nassar's sexual abuse victims had been retweeted and "liked."

"Aly Raisman tweeted that she will not be attending the sentencing because it is too traumatic for her, and her impact letter will be read in court (360 retweets; 6,000 likes)."

The emails mention certain journalists by name, including reporters from BuzzFeed, The Detroit News, Michigan Radio, the Huffington Post, ABC News, USA Today, The Guardian, ESPN, the Lansing State Journal and other outlets.

What Parents Can Learn From The Larry Nassar And USA Gymnastics Case Feb. 23, 2018

Trade publication PRWeek reported earlier in March that the law firm Skadden, Arps, Slate, Meagher & Flom LLP & Affiliates, which was hired by Michigan State, paid Weber Shandwick "a non-refundable retainer of $50,000 to support Skadden in handling PR and media-related concerns, according to the contract."

"Weber Shandwick's work was vital to our team and to the university during a critical time," Michigan State communications vice president Heather Swain told the magazine.

PRWeek reports that the relationship began in late December and quotes Swain as saying it ended March 9.

The university is paying law firms millions of dollars for work responding to lawsuits and handling communications, the Journal reports.

Earlier this week, William Strampel, a former dean at the school who supervised Larry Nassar, was arrested and charged with "felony misconduct in office, criminal sexual conduct and two counts of willful neglect of duty by a public official."

More than 100 women and girls gave victim impact statements about Nassar's sexual abuse he committed under the guise of medical treatment. He was sentenced to decades in prison for child pornography and sexual assault.