Accessibility links
Gonorrhea Strain Thwarts 2 Main Drugs, Raising Concerns It's Becoming Untreatable : The Two-Way This is the latest in a long history of gonorrhea developing resistance to antibiotics. It's the first global report of gonorrhea that is resistant to the two main drugs used to treat it. 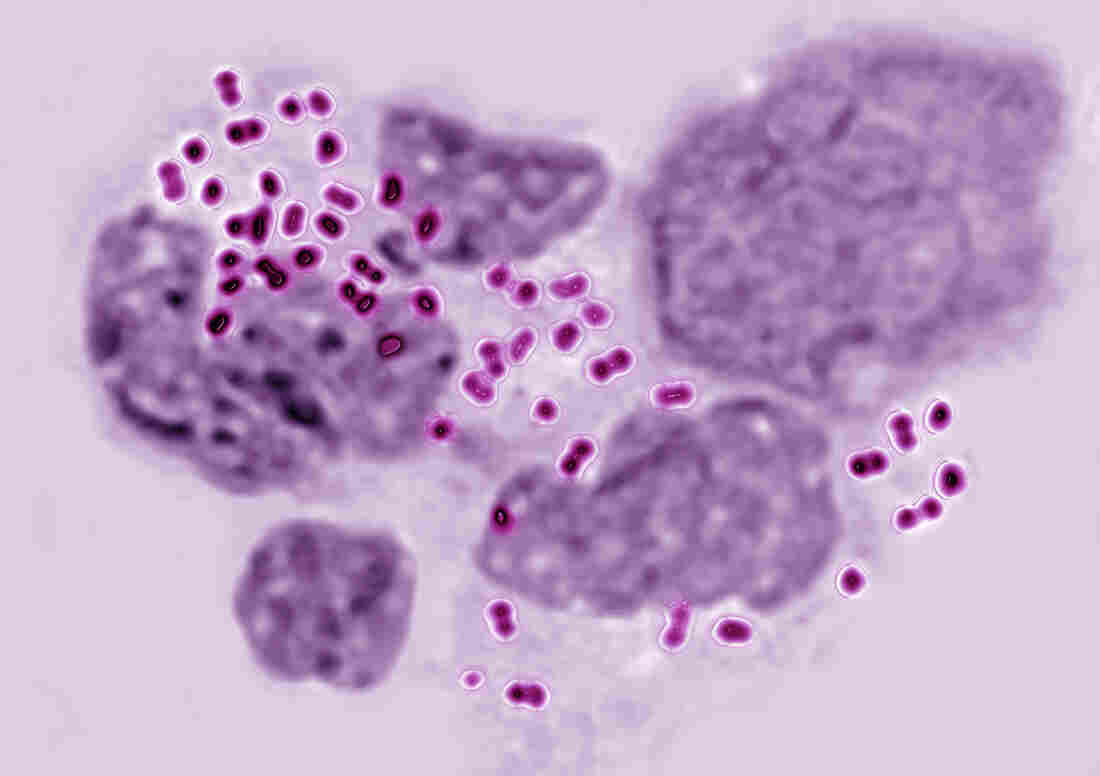 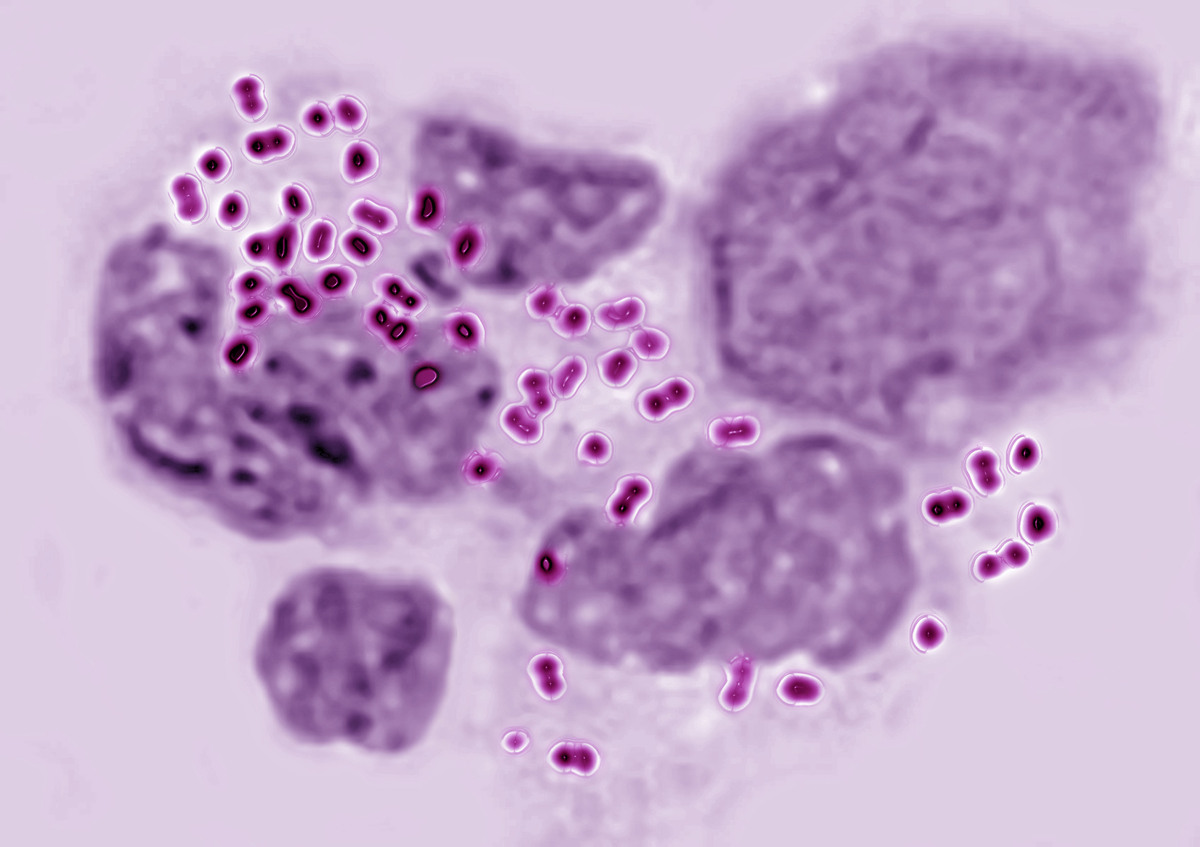 The bacterium that causes gonorrhea, Neisseria Gonorrhoeae, has become resistant to multiple kinds of antibiotics.

A man in the U.K. has contracted a strain of gonorrhea that is resistant to the two main drugs used to treat it, according to British health officials.

This is the latest in a long history of gonorrhea developing resistance to antibiotics – in fact, the World Health Organization has warned that doctors are running out of ways to treat it.

It's the first report of a gonorrhea case worldwide that is resistant to both ceftriaxone and azithromycin, the pair of drugs typically effective in treating the disease, according to Public Health England, a U.K. government agency. The strain showed high-level resistance to azithromycin and resistance to ceftriaxone.

Surge In Antibiotics Is A Boon For Superbugs

The patient in the U.K. was diagnosed in early 2018, and health officials believe he contracted the disease through "female sexual contact in south-east Asia a month prior to symptom onset." The man also had one "regular female partner in the UK," and she has not contracted the resistant gonorrhea, according to preliminary test results.

After being treated, a throat swab testing for gonorrhea still came back positive. The patient is currently being treated through an IV with a different drug, ertapenem, which is related to ceftriaxone. He's showing signs of responding to the drug, though doctors are still waiting to say whether it is definitely effective.

"We are following up this case to ensure that the infection was effectively treated with other options and the risk of any onward transmission is minimized," Gwenda Hughes from Public Health England tells the BBC.

Gonorrhea has grown resistant to multiple kinds of drugs, as scientists struggle to come up with other effective, clear options that are well-studied. And as NPR has reported, "experience has shown that once a resistant strain of gonorrhea appears, it steadily displaces those that can be killed with antibiotics."

Gonorrhea — AKA The Clap — Is Excellent At Resisting Antibiotics

In the 1970s and 80s, the bacterium that causes gonorrhea developed resistance to penicillin and tetracycline. More recently it also thwarted fluoroquinolones, a class of drugs that includes Cipro.

Then, according to the Centers for Disease Control and Prevention, just one family of drugs – cephalosporins — still worked to treat it on its own. Ceftriaxone, used in the U.K. patient, is an injectable type of cephalosporin.

But then strains that showed resistance to this family of drugs emerged. In 2010, the CDC started recommending that a cephalosporin be used in a dual treatment, accompanied by either doxycycline or azithromycin.

"Little now stands between us and untreatable gonhorrea," the CDC has warned, identifying it as an urgent public health threat. That was before this latest news.

Drug Resistant TB Is Predicted To Steadily Spread In 4 Countries

The CDC says that "thirty percent of new gonorrhea infections each year are resistant to at least one drug." But this appears to be the first case where it is resistant to both of them.

The bacterium is able to mutate quickly to defend itself, as Jonathan Zenilman, who studies infectious diseases at Johns Hopkins, told NPR's Rob Stein about another recent mutation.

"If this was a person, this person would be incredibly creative," Zenilman said. "The bug has an incredible ability to adapt and just develop new mechanisms of resisting the impact of these drugs."

For women, gonorrhea increases the risk of a "life-threatening ectopic pregnancy," the CDC says, and for both men and women, it can lead to infertility and increase the chances of getting HIV.

There are some 78 million gonorrhea infections annually, according to the World Health Organization.