Accessibility links
Brother Of Accused Parkland Shooter Pleads Guilty To Trespassing At Site : The Two-Way The brother of the teen charged in the Parkland, Fla., high school shooting case is ordered to stay away from any school where he is not enrolled, and to wear a GPS tracking monitor. 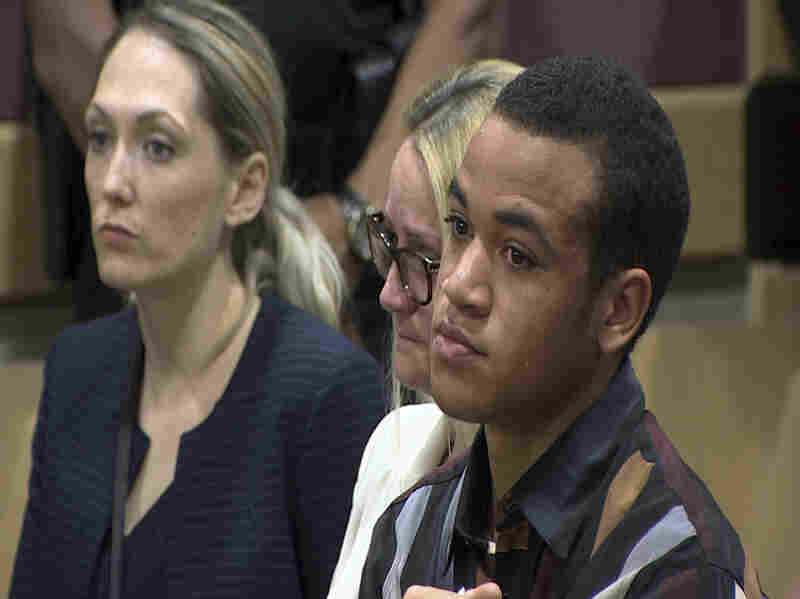 Zachary Cruz, in an earlier court appearance during the arraignment of his younger brother, Nikolas Cruz. AP hide caption 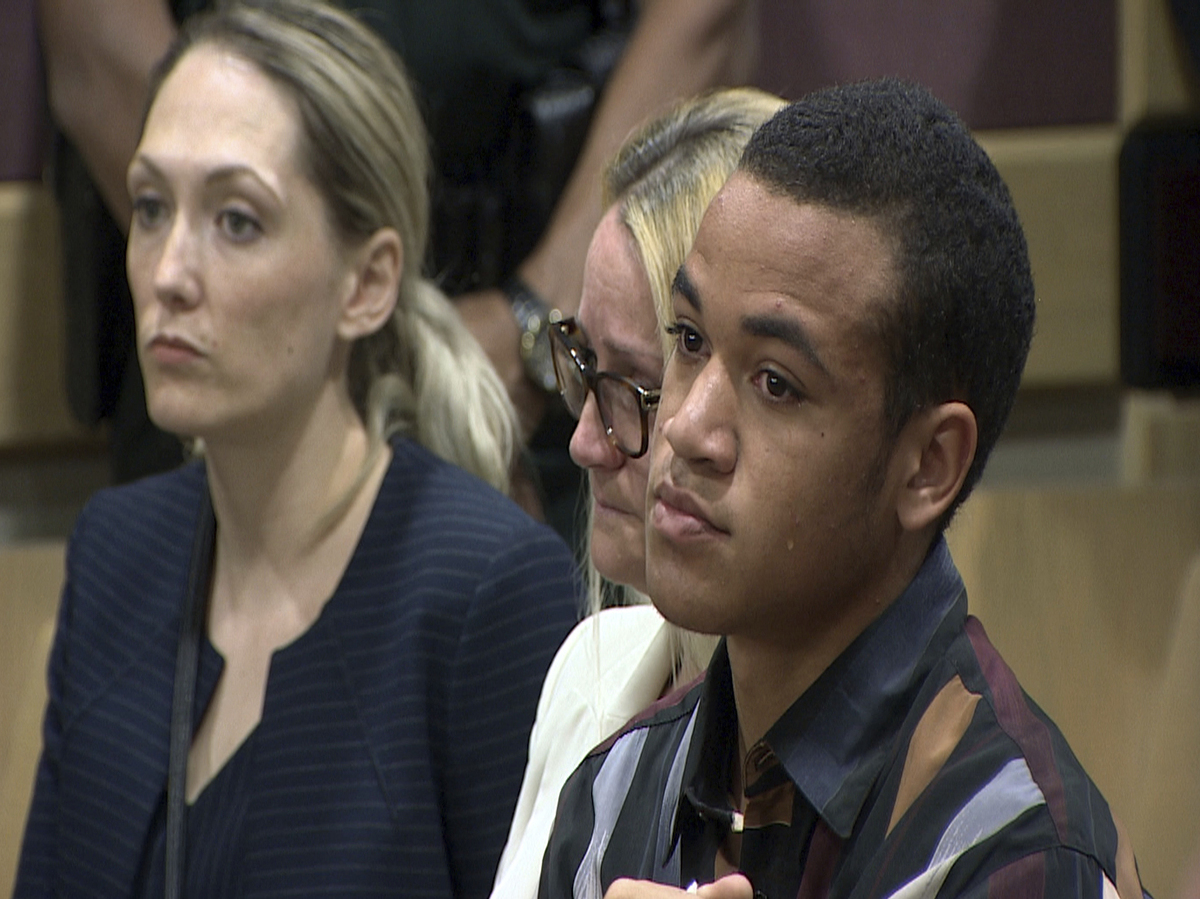 Zachary Cruz, in an earlier court appearance during the arraignment of his younger brother, Nikolas Cruz.

After 10 days in custody Zachary Cruz, whose brother is charged in the murder of 17 people at a Florida high school last month, pleaded no contest Thursday to trespassing on the school's grounds and was sentenced to time served.

Cruz, 18, also was ordered to complete six months of probation, to attend therapy and to wear a GPS ankle monitor. Cruz was barred from using alcohol or possessing firearms.

Not only does the plea deal prohibit Cruz from coming within a mile of Marjory Stoneman Douglas High School — the site of the Feb. 14 massacre — but he is also not allowed on the campus of any school where he is not enrolled.

Cruz was arrested March 19 after police found him skateboarding at the school, having bypassed locked doors and gates, according to police.

Cruz said his intentions were to "reflect on the school shooting and to soak it in," according to the detective who interviewed him.

In a prepared statement read to the court, Cruz's court-appointed attorney, Joseph Kimok, said that his client "did his best to cope" in the aftermath of his mother's death in November and the killing spree in February.

"He didn't turn to drugs, alcohol or violence. He turned to his skateboard and the one activity that gave him solace," said Kimok as quoted by the Miami Herald. "And he turned to Stoneman Douglas, where he'd felt welcome. Zachary's visits to Stoneman Douglas weren't to scare anyone. He went after hours. He didn't expect to see anyone. He just wanted to try to make sense of this. Nothing else."