Accessibility links
Russia Retaliates, Expels 60 American Diplomats After U.S. Action : The Two-Way Tensions between Russia and the West are ratcheting up as the Russian Foreign Ministry announced the expulsion of the officials and the closure of the U.S. Consulate in St. Petersburg. 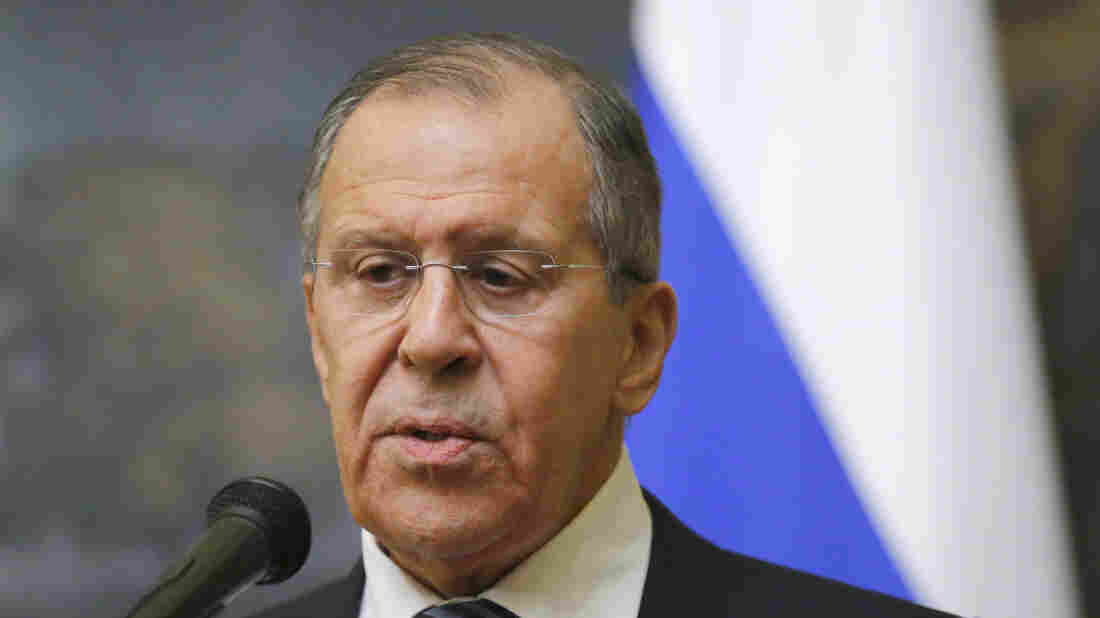 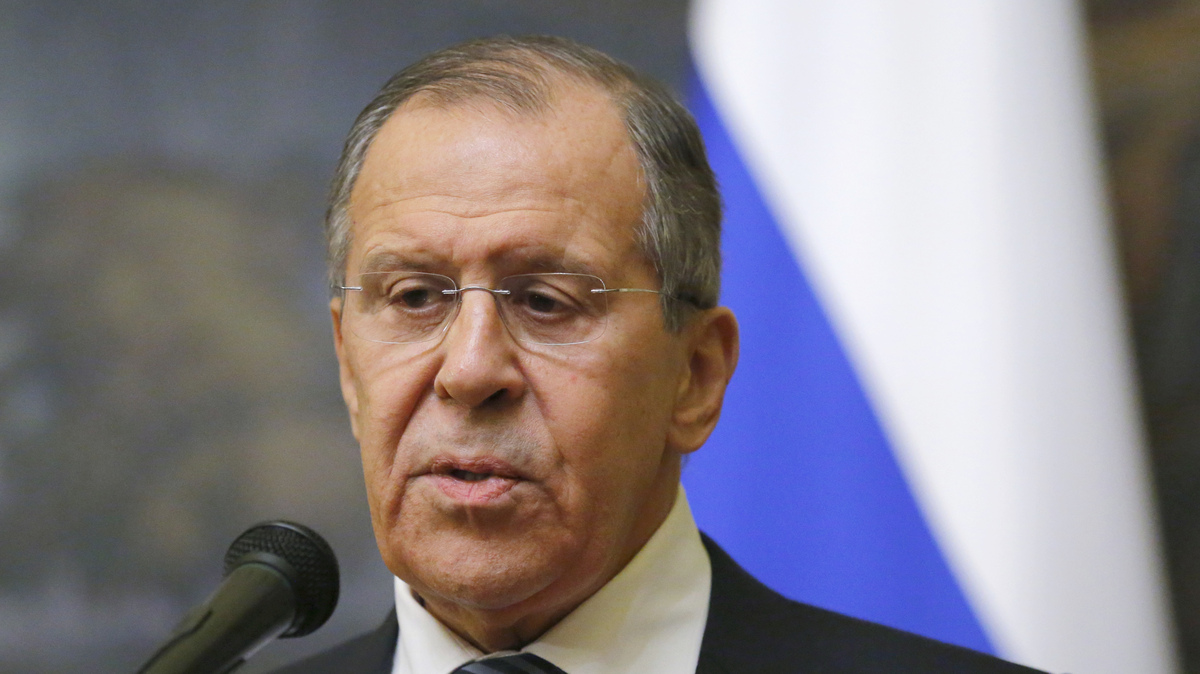 Days after President Trump ordered the expulsion of 60 Russian officials from the United States and the closure of the Russian Consulate in Seattle because of the poisoning of a Russian ex-spy and his daughter in the U.K., Russia has responded in kind.

In a move that sharply escalates already-deepening tensions with the West, Russian Foreign Minister Sergey Lavrov said Thursday that Russia will expel 60 U.S. diplomats and close the U.S. Consulate in St. Petersburg.

Lavrov also said Russia will respond to other countries that have expelled Russian diplomats in a "reciprocal fashion," according to Russian media.

In a statement on its website, the Russian Foreign Ministry said U.S. Ambassador Jon Huntsman was summoned and told of the decision, which was a form of protest over "the outrageous and groundless" U.S. moves.

U.S. representatives have until Saturday to be out of the consulate building.

Fifty-eight employees of the U.S. Embassy in Moscow and two staff members of the Consulate General in the city of Yekaterinburg must leave the country by April 5, according to the Foreign Ministry.

Further retaliatory moves — from both sides — remain a possibility.

A statement from the White House press secretary on Thursday evening called the expulsions a "further deterioration in [countries'] relationship." It said, "The expulsion of undeclared Russian intelligence officers by the United States ... was an appropriate response to the Russian attack on the soil of the United Kingdom."

At a press conference Thursday, State Department spokeswoman Heather Nauert said the U.S. is still reviewing the Russian decision but added, "We reserve the right to respond."

The Russian Foreign Ministry said in its statement that Huntsman "has been warned that in case of further hostile actions against Russian diplomatic missions and consulates in the United States, Russia will take additional measures against the personnel and property of the U.S. Embassy and consulates general in Russia."

But Nauert disputed a tit-for-tat characterization of Russia's actions.

"I want to remind you that there is no justification for the Russian response," Nauert said. "Our actions were motivate purely by the attack on the United Kingdom, the attack on a British citizen and his daughter."

Sergei Skripal, a former double agent, and his daughter, Yulia, were poisoned earlier this month in Salisbury, England, with a military-grade nerve agent developed in Moscow known as Novichok, according to the British government.

Prime Minister Theresa May said it is "highly likely" Russia was behind the attack, a charge Russia denies.

"They have broken the chemical weapons convention," Nauert said. "Russia should not be acting like a victim. The only victims in this situation are the two victims in the hospital in the U.K. right now."

On Thursday, the Salisbury hospital that has been treating the Skripals announced that Yulia was "improving rapidly." Her father remains in critical but stable condition.

Russia has already kicked out 23 U.K. diplomats, after the U.K. expelled the same number of Russian diplomats three days earlier.

And some two dozen countries and NATO have rallied in solidarity around the U.K. in recent days, expelling more than 150 Russian diplomats.

That Russia is retaliating comes as no surprise.

"Rest assured, we will respond," Lavrov said Tuesday. "The reason is that no one would like to tolerate such obnoxiousness, and we won't either."

Lavrov told TASS, the Russian news agency, that the U.S. has used "colossal blackmail" to get other countries on board with expelling Russian diplomats.

Earlier in the week, the Russian Embassy in Washington tweeted a poll, asking which U.S. consulate should Russia close. (St. Petersburg won.)

US administration🇺🇸 ordered the closure of the Russian Consulate in Seattle @GK_Seattle🇷🇺. What US Consulate General would you close in @Russia, if it was up to you to decide

In its statement Thursday, the Russian Foreign Ministry said, "It is recommended that the US authorities, who are promoting and encouraging this defamation campaign against Russia, come to their senses and stop their unreasonable actions aimed at destroying bilateral relations."

But Nauert aimed to portray Russia as a lone actor on the world stage. "Russia is choosing through its actions to further diplomatically, and also economically, isolate itself, not just from the United States, from the world," she said.

Georgia became the latest country to act against Russia when it announced on Thursday that it was showing a Russian diplomat the door.

Nauert called the move "significant, given that Georgia is in the backyard of Russia."