Accessibility links
Pope To World: Hell Does Exist : The Two-Way An article by an avowed atheist quoted the pontiff allegedly saying, "Hell does not exist." That set social media aflame and now the Vatican is reminding believers that bad people go to a bad place. 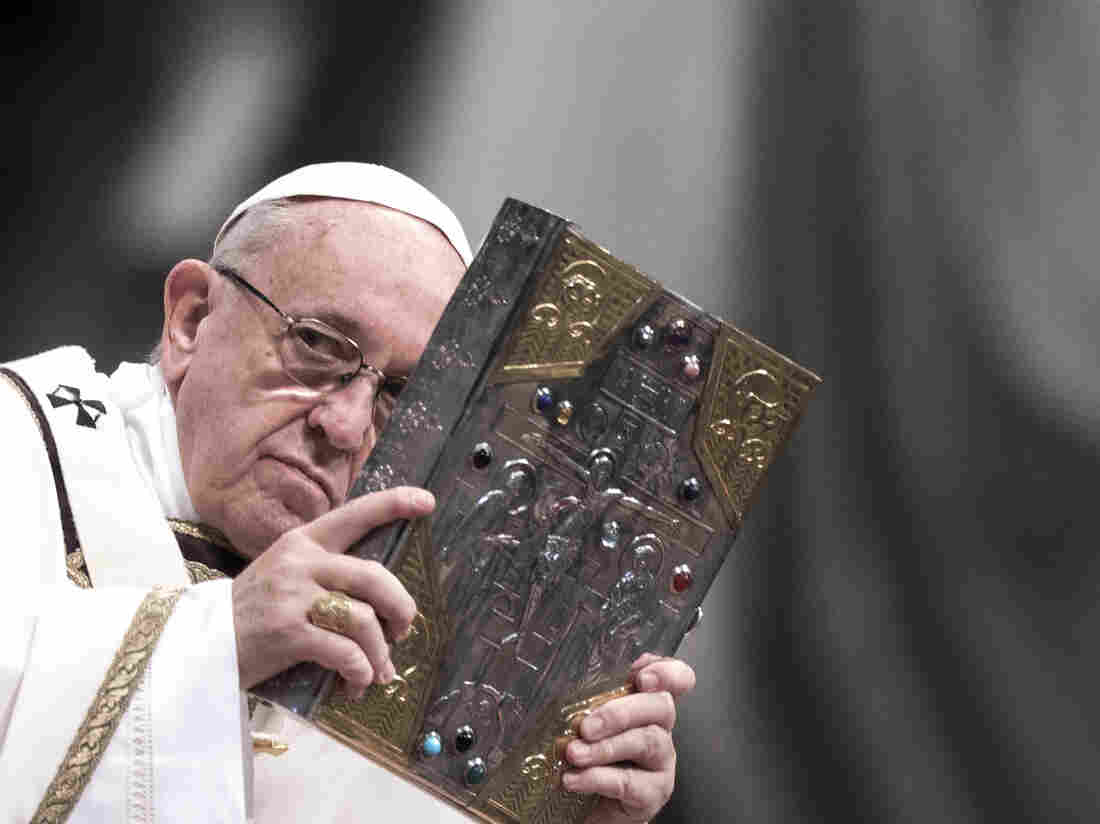 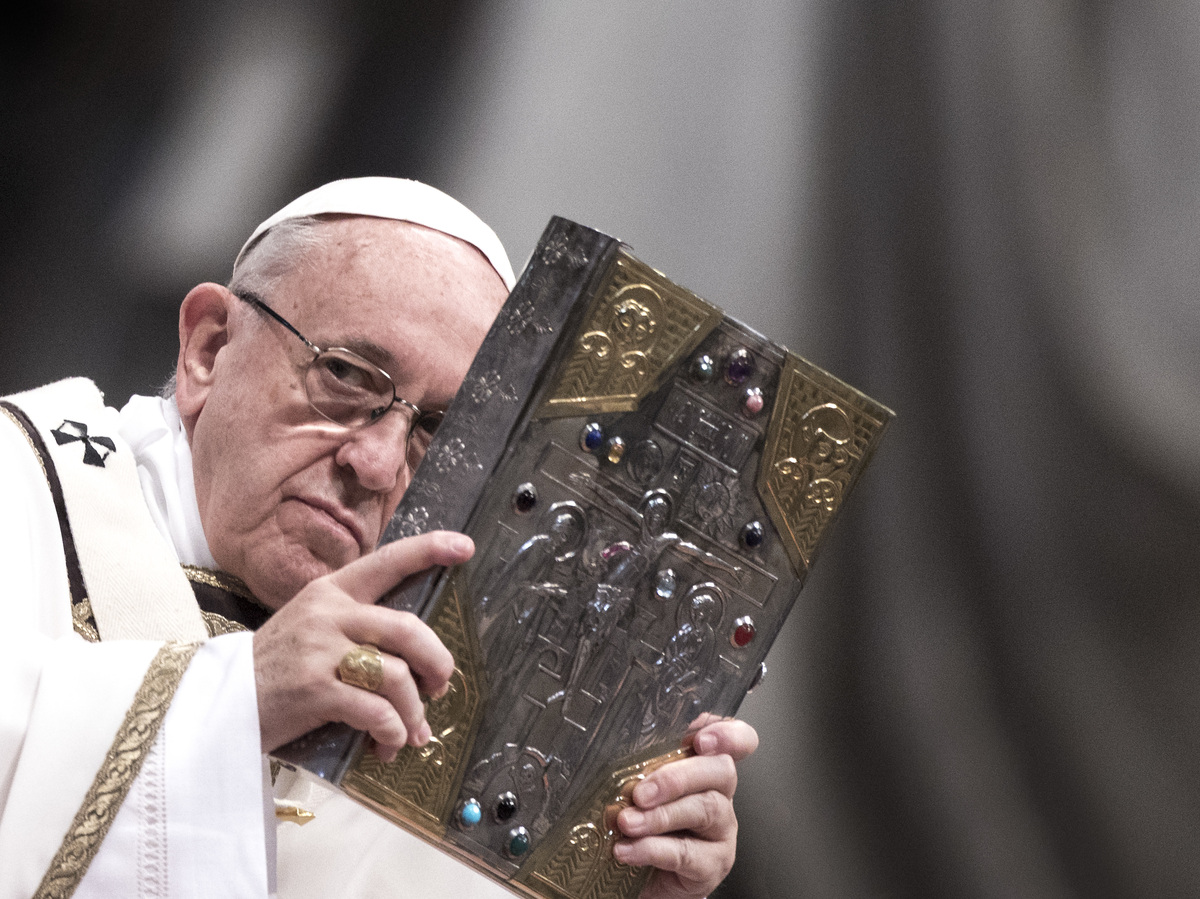 Things got a little heated at the Vatican this week when an Italian journalist reported that Pope Francis denied the existence of hell.

Apparently, the fiery 93-year-old avowed atheist reporter, Eugenio Scalfari of La Repubblica, set the social media world aflame after writing in Italian that when asked about the fate of "bad souls," the pontiff responded, "Hell does not exist."

The pope continued, according to Scalfari, saying (emphasis ours), "The disappearance of sinful souls exists."

The statements spurred Catholics and other believers to grab their virtual pitchforks to express their fury, which the Vatican has since tried to cool.

The Vatican adamantly rejected Scalfari's characterization of the conversation, which it insisted was not an official interview but rather a "private meeting."

On Friday — Good Friday — the Vatican issued a statement saying:

"What is reported by the author in today's article is the fruit of his reconstruction, in which the precise words uttered by the Pope are not cited. No quotations in the aforementioned article, then, should be considered as a faithful transcription of the words of the Holy Father."

And an article by the Catholic News Service said Scalfari has admitted "on more than one occasion" that he doesn't take notes or record his conversations with the pope. In other words, he prefers to take, let's say, a memoirist approach to his reporting. He relies largely on memory and recollection, as opposed to documentation.

The news outlet also reminded readers that this is a favored subject of Scalfari's. It reported the journalist wrote a similar article in 2014, so this is a ... resurrection, of sorts.

"According to the Catechism of the Catholic Church, 'immediately after death, the souls of those who die in a state of mortal sin descend into hell, where they suffer the punishments of hell, "eternal fire." '

" 'The chief punishment of hell is eternal separation from God, in whom alone man can possess the life and happiness for which he was created and for which he longs,' the catechism says."

As a final bit of proof that Pope Francis truly holds the belief that hell is real, the religious news outlet offered this bit of fire-and-brimstone bit of advice: "Convert, there is still time for not ending up in hell. It is what is waiting for you if you continue on this path."

Easter — the day Christians celebrate Jesus' Resurrection — is on Sunday.

An earlier version of this post incorrectly described Easter as "the day celebrating the idea that Jesus did not die and go to hell or purgatory or anywhere at all, but rather arose into heaven."