Accessibility links
Texas Woman Sentenced To 5 Years For Illegal Voting : The Two-Way Crystal Mason is a convicted felon. "She didn't understand! She was never told she couldn't vote," her lawyer said. 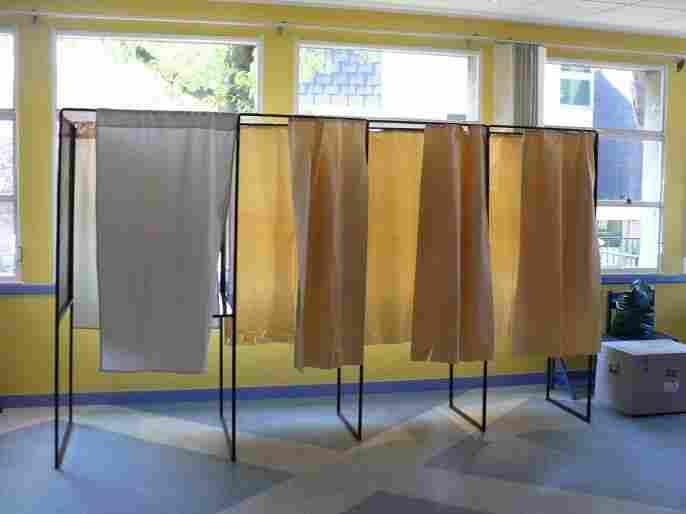 A Texas judge sentenced a woman to five years in prison for voting illegally in the 2016 presidential election. Tonio Vega/Flickr hide caption 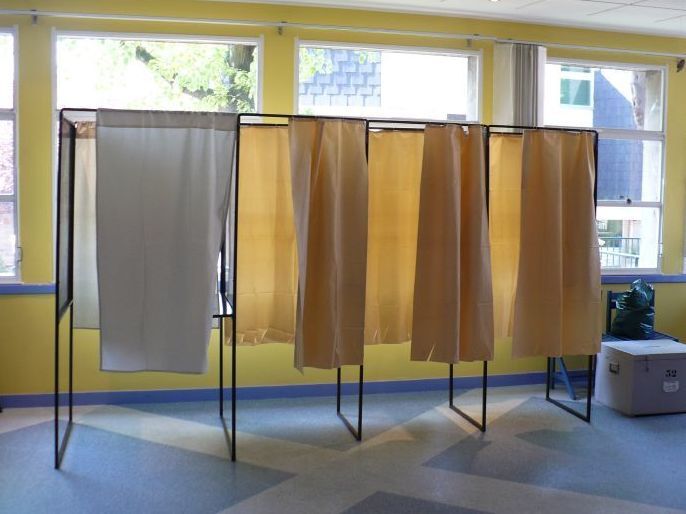 A Texas judge sentenced a woman to five years in prison for voting illegally in the 2016 presidential election.

On Nov. 8, 2016, Crystal Mason got out of work and drove through the rain to her home in Dallas. She walked through the door and tried to settle in for the evening. But her mother delivered something akin to a scolding.

"You have to go vote!" Mason's mother said, according to her attorney, J. Warren St. John, who spoke to NPR.

Mason grabbed her keys and set out for her local precinct. When she got there, she found out that her name was not on the voter roll so she was given a provisional ballot. An election worker stuck around to walk her through the form. She used her current license and her current address, St. John says.

After she cast her vote, she went home.

"She had a good faith belief that she could vote," St. John says. "She would have never voted if she didn't know she could vote."

The next time she thought about that night she was being arrested.

She was detained by sheriffs in February 2017 at the Dallas County Courthouse while meeting with her probation officer.

Mason, 43, is a convicted felon. She was previously convicted for committing tax fraud for clients through her tax preparation business.

And by casting a ballot – even a provisional one — in the general election, she had broken a state law that prohibited residents from voting until their sentences have been fully served. That includes parole, probation or supervision.

Mason had been on a supervised release after spending three years in prison. For a time, she was even working for the state of Texas, St. John says.

Should It Be Easier To Vote? Americans Are Deeply Divided By Party

On Wednesday, she was sentenced to five years for voting illegally. She contends that she was never informed of the state's voting restrictions on felons.

"She didn't understand!" St. John said. "She was never told she couldn't vote. Not by a district judge. Not by anyone at the half-way house where she lived after she got out. Not by the probation officer."

But Tarrant County Criminal District Attorney Sharen Wilson said in a statement that despite "multiple safeguards in place," Mason "still made that choice."

According to a CNN report, "She signed and affirmed a document which clearly stated that (1) she was prohibited from voting due to her status as a convicted felon still serving her term of supervision, and (2) she would be committing a second degree felony if she lied about her status," Wilson said. "The judge found her guilty of illegal voting beyond a reasonable doubt."

President Trump has insisted that millions of people voted illegally in the presidential election despite little evidence, and other states have taken action against voter fraud.

In Nebraska, two men accused of voting multiple times in the presidential election could face two years in prison and a fine $10,000. A former mayor in Florida found guilty of voting fraud received four years of probation and 400 hours of community service hours.

In recent years, Texas has passed laws that have stepped up penalties for voter fraud, extending prison terms and increasing fines, according to John Powers, who specializes in voting rights at the Lawyers' Committee for Civil Rights Under Law.

The disenfranchisement of felons varies state to state. NPR reported that a federal judge said Florida's process of restoring voting rights of felons who completed their sentences was "nonsensical" and in violation of the First and 14th Amendments to the Constitution.

Mason is currently out of jail on an appellate bond that is pending outcome of an appeal, says St. John.

There is a danger that people like Mason face on election day, Powers says. "When you have an election and poll workers are trying to get through long lines of voters, frequently they don't have the requisite training and experience to deal with complicated legal scenarios. The loser in all of this can be the voter."