Accessibility links
China Hits Back On Trade Dispute, Slapping Tariffs On 128 U.S. Products : The Two-Way Agricultural products such as wine, nuts and frozen pork are on China's tariff list of U.S. goods, which comes in retaliation to a similar move by the Trump administration. 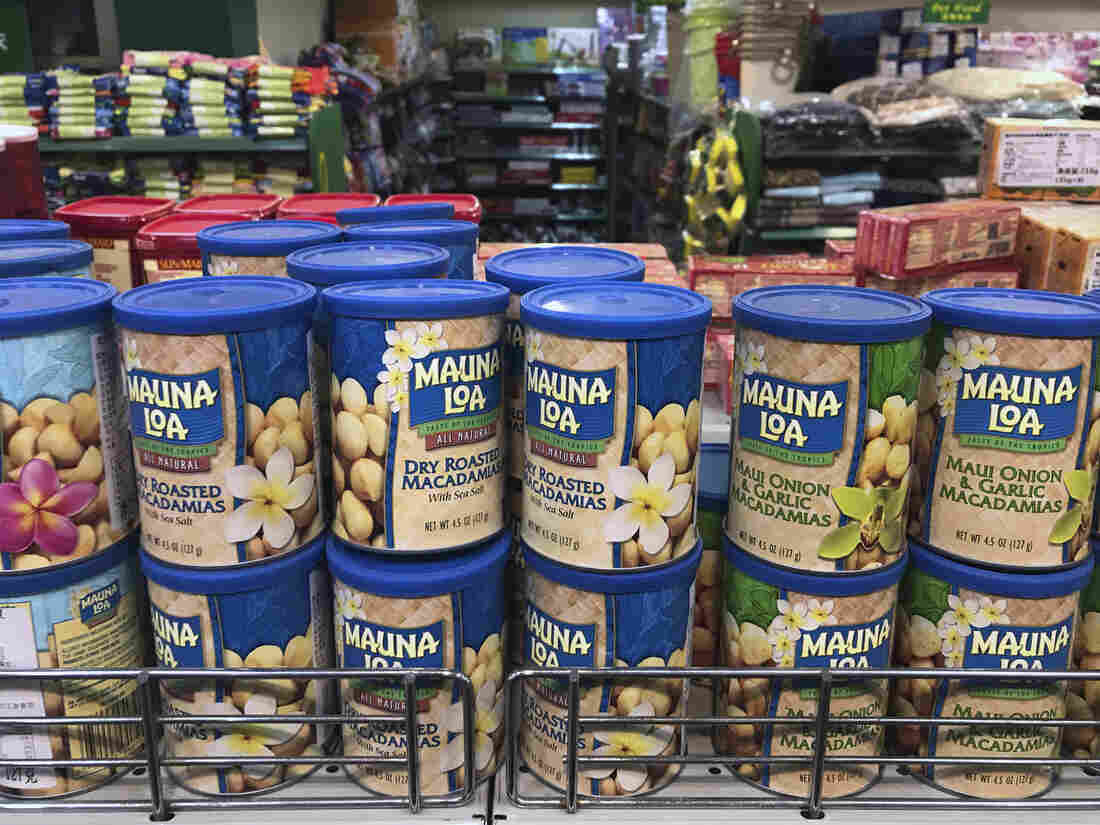 Imported nuts from the United States are displayed for sale at a supermarket in Beijing on Monday. China raised import duties on U.S. pork, fruit and other products Monday. Andy Wong/AP hide caption 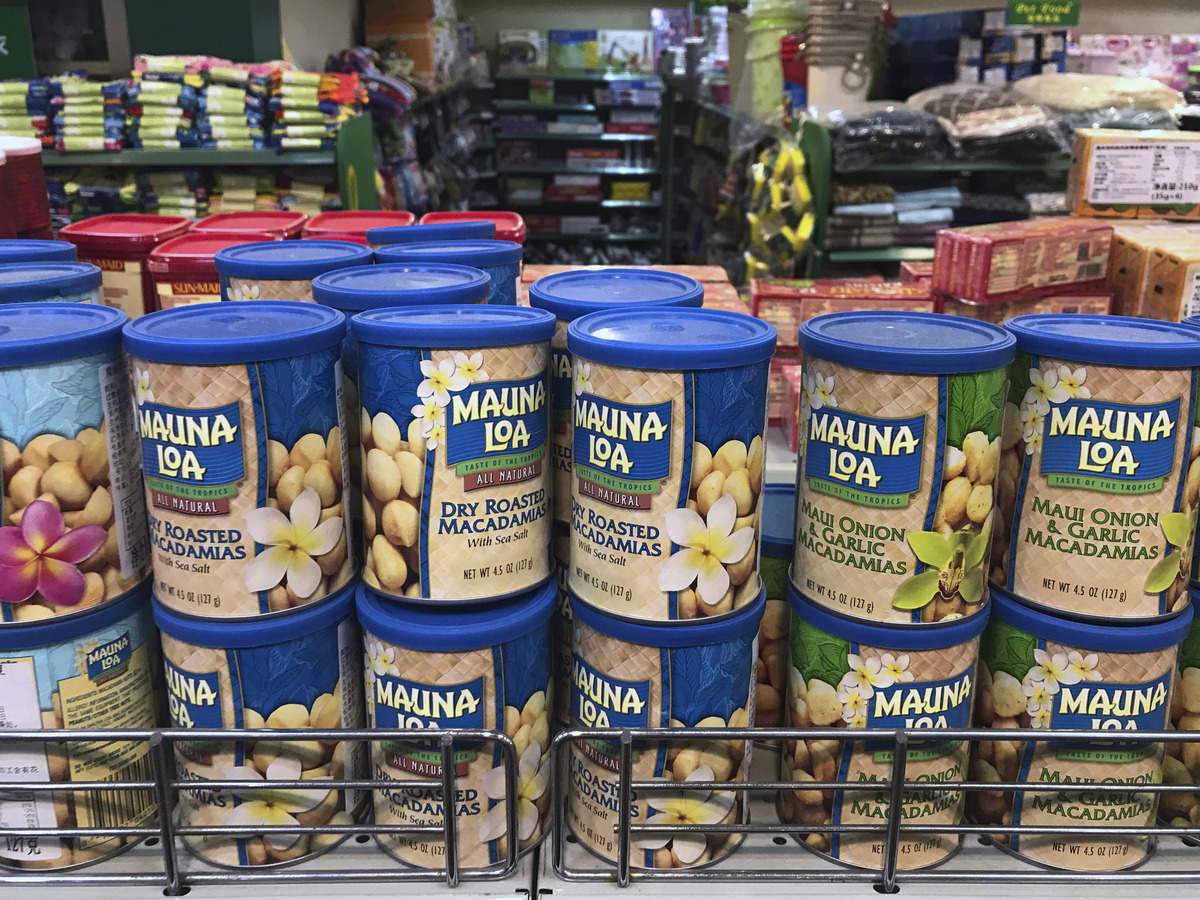 Imported nuts from the United States are displayed for sale at a supermarket in Beijing on Monday. China raised import duties on U.S. pork, fruit and other products Monday.

China is retaliating against the Trump administration's tariffs on Chinese goods, imposing charges of its own Monday on a list of 128 imports from the United States, including agricultural products ranging from fruit to wine to frozen pork.

China's tariffs add fuel to what many economists fear is a burgeoning trade war between the two economic superpowers.

Beijing said it was suspending its obligations to the World Trade Organization to reduce tariffs on U.S. goods and would instead impose a 15 percent tariff on 120 U.S. goods, including fruit.

On pork and seven other products, the duty would be 25 percent, the Ministry of Commerce said, according to Xinhua news agency.

"China's subsidization and continued overcapacity is the root cause of the steel crises," a White House spokeswoman said. "Instead of targeting fairly traded U.S. exports, China needs to stop its unfair trading practices which are harming U.S national security and distorting global markets."

Will Back And Forth Over Tariffs Turn Into A U.S.-China Trade War?

Tariffs On China Raise Concern About The Future Of U.S.-China Relations

Are Tariffs The Best Way To Force China To Change Its Ways?

Beijing had warned last month that it was considering the tariffs on a range of products. It seems to have followed that script. Other items include wine and nuts, as well as aluminum scrap.

The ministry said the U.S. had "seriously violated" the free-trade principles in the WTO rules.

"China's suspension of some of its obligations to the United States is its legitimate right as a member of the World Trade Organization," the Chinese finance ministry said in a statement, according to Reuters.

The differences between the two countries should be resolved through dialogue and negotiation, the statement added.

The salvo from China follows the U.S. putting 25 percent tariffs on steel and 10 percent on aluminum — measures the administration initially said would apply more broadly. But the European Union, Argentina, Australia, Brazil, Canada, Mexico and South Korea have all since been temporarily exempted, while the White House has threatened further tariffs on China.

Last month, President Trump set in motion a further $60 billion in tariffs on Chinese imports to punish Beijing over the "theft" of intellectual property.

"... Beijing has so far held fire against major agricultural products such as soybeans or major industries such as aerospace giant Boeing – items that state-run daily Global Times suggests should be targeted.

The nationalistic newspaper said in an editorial last week that China has 'nearly completed its list of retaliatory tariffs on US products and will release it soon.'

'The list will involve major Chinese imports from the US,' the newspaper wrote, without saying which items were on the document."