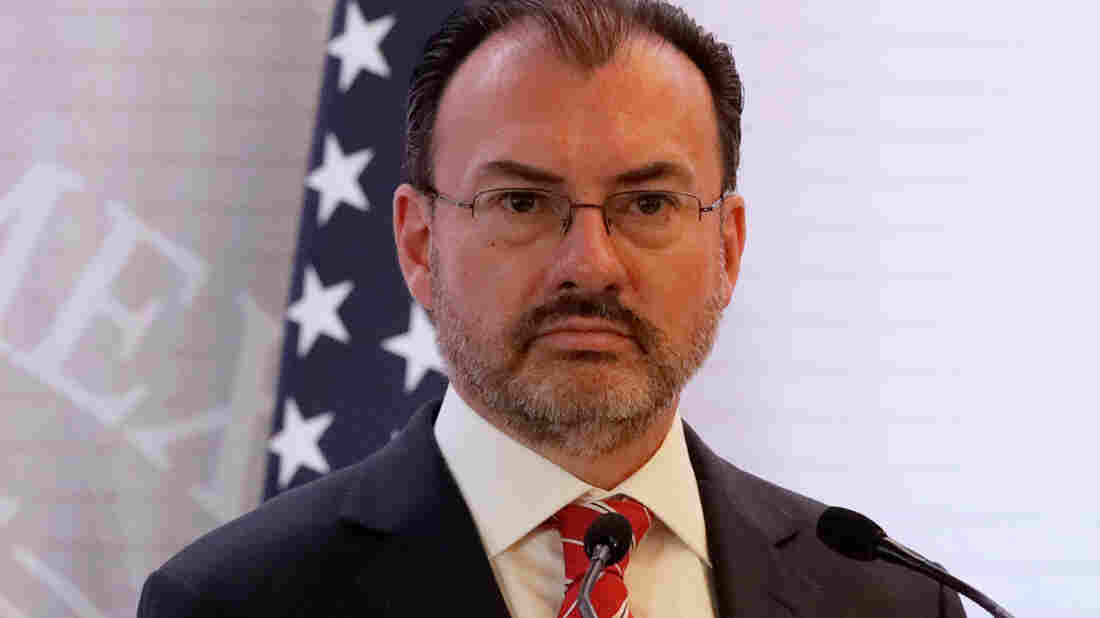 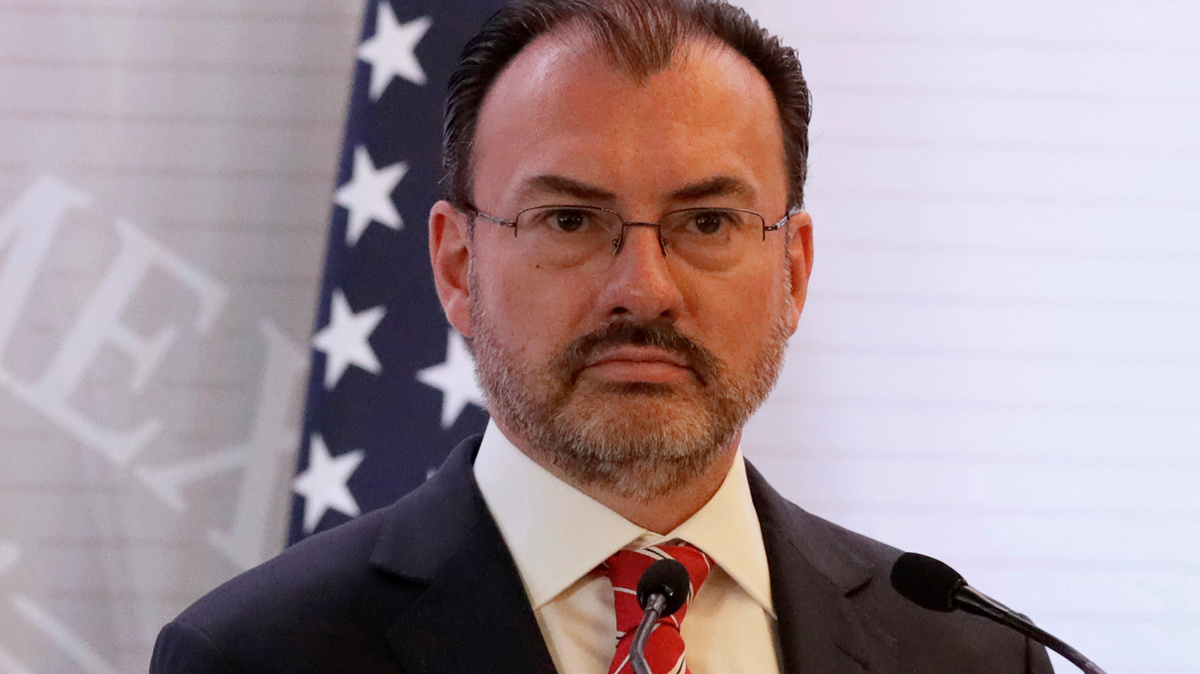 Mexican Foreign Minister Luis Videgaray Caso is rejecting claims that his country allows "caravans" of migrants to pass into the U.S. — something President Trump accused Mexico of doing in a tweet this weekend. Defending Mexico, Videgaray added, "Facts clearly reflect this."

Videgaray's response came hours after Trump pointedly criticized Mexico on Sunday morning. The U.S. president devoted a series of tweets warning of "caravans" of people heading to the U.S. and he threatened to hurt Mexico economically and to build a wall along the border.

In referring to "caravans," the president seemed to be citing an annual campaign by Pueblo Sin Fronteras ("people without borders"), which organizes hundreds of people into a well-publicized cross-country trip to seek sanctuary and attract attention to the struggles for rights and against poverty in Central America.

Trump's tweets implied that the caravan was an escalation in an immigration crisis, saying that Mexico was "doing very little, if not NOTHING" to stop people from passing through its borders and into the U.S., and adding a threat of punishment: "They must stop the big drug and people flows, or I will stop their cash cow, NAFTA. NEED WALL!"

Mexico is doing very little, if not NOTHING, at stopping people from flowing into Mexico through their Southern Border, and then into the U.S. They laugh at our dumb immigration laws. They must stop the big drug and people flows, or I will stop their cash cow, NAFTA. NEED WALL!

In his own tweet, Videgaray said: "Every day Mexico and the U.S. work together on migration throughout the region. Facts clearly reflect this. An inaccurate news report should not serve to question this strong cooperation. Upholding human dignity and rights is not at odds with the rule of law. Happy Easter."

As NPR's Carrie Kahn reports, Videgaray's message was apparently spurred by "reports that Trump's tweets were in response to a Fox News story about a caravan of Central American migrants heading to the U.S."

Trump's tweet quickly became an issue in Mexico's national politics. As Carrie reported for our Newscast unit, "The current front-runner in Mexico's upcoming presidential race, a leftist populist, told supporters his country will not be the piñata of any foreign government."

That candidate, Andrés Manuel López Obrador, officially launched his campaign on Sunday, along with others running in Mexico's presidential race. The country will hold a vote on July 1.

The migration/border exchange came one year after Videgaray traveled to Washington for an impromptu White House visit, after the Trump administration was reported to be mulling a plan in which Mexico would separate the children of migrants from their parents at the border.

"Family integrity," Videgaray was quoted saying in Washington, "is a basic human right."

Trump returned to the issue on Monday morning, but the U.S. president also shifted his angle of attack.

Trump again sounded the "caravan" alarm, but he did so in a tweet whose syntax seemed to wander as it pivoted from earlier complaints over conditions in Mexico to blaming problems in the U.S. for the situation.

After saying Mexico "has the absolute power" to act, Trump said that America's southern neighbor can do so "because their border laws work," while the U.S. "has no effective border laws."

Trump then launched into attacks on familiar targets: Congress, Democrats and the Deferred Action for Childhood Arrivals program — urging, "Act now Congress, our country is being stolen!"

...Congress must immediately pass Border Legislation, use Nuclear Option if necessary, to stop the massive inflow of Drugs and People. Border Patrol Agents (and ICE) are GREAT, but the weak Dem laws don’t allow them to do their job. Act now Congress, our country is being stolen!

Trump tweeted: "DACA is dead because the Democrats didn't care or act, and now everyone wants to get onto the DACA bandwagon... No longer works. Must build Wall and secure our borders with proper Border legislation. Democrats want No Borders, hence drugs and crime!"