Accessibility links
After Alleged Abuse Of One Aide By Another, Rep. Elizabeth Esty Won't Run Again : The Two-Way Giving in to calls for her resignation, the Democrat said, "I could have and should have done better." Meanwhile, Republicans say they're ready to win the competitive seat.

After Alleged Abuse Of One Aide By Another, Rep. Elizabeth Esty Won't Run Again

After Alleged Abuse Of One Aide By Another, Rep. Elizabeth Esty Won't Run Again 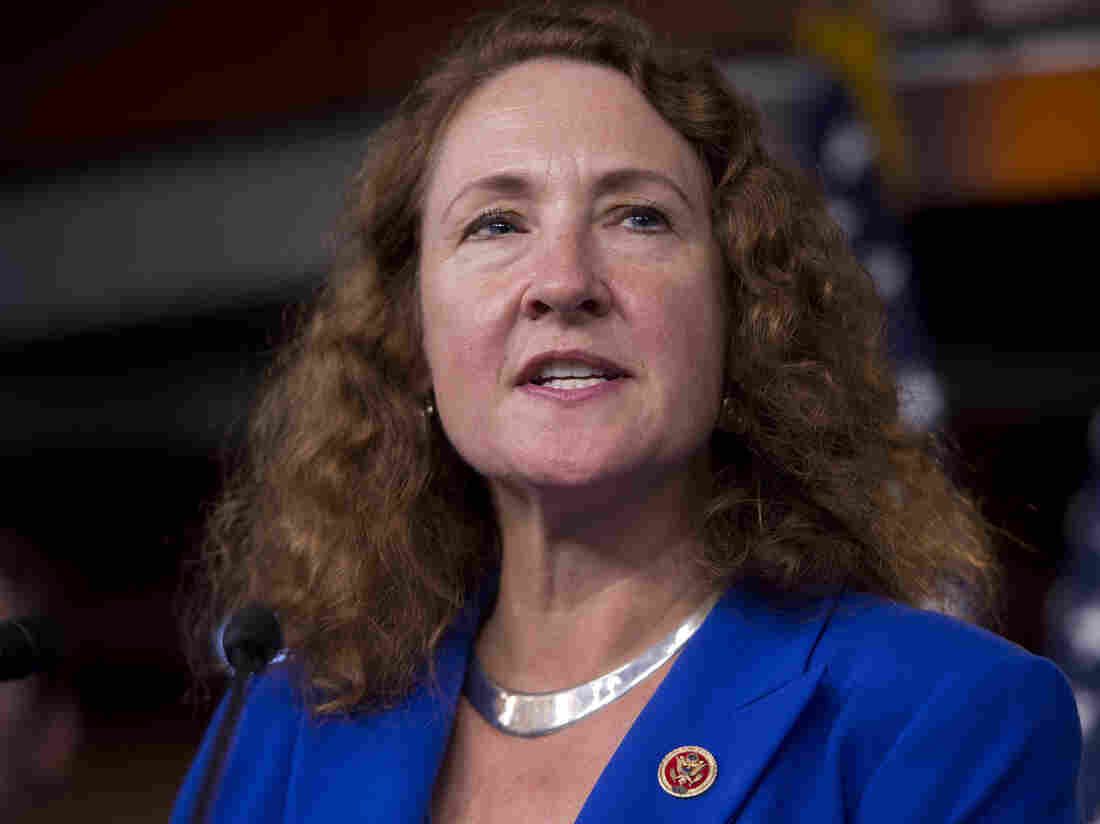 Rep. Elizabeth Esty, D-Conn., at a news conference in 2013. On Monday the three-term congresswoman announced she will not seek re-election in 2018. Tom Williams/CQ-Roll Call,Inc. hide caption Rep. Elizabeth Esty, D-Conn., at a news conference in 2013. On Monday the three-term congresswoman announced she will not seek re-election in 2018.

U.S. Rep. Elizabeth Esty of Connecticut announced Monday she will not run for re-election in the 2018 midterms, giving in to calls for her resignation.

Esty was came under attack last week accused of failing to protect female staffers from her male chief of staff, Tony Baker, who allegedly physically assaulted and harassed another member of her staff.

"I have determined that it is in the best interest of my constituents and my family to end my time in Congress at the end of this year and not seek re-election," the Democratic congresswoman wrote in a statement.

"Too many women have been harmed by harassment in the workplace. In the terrible situation in my office, I could have and should have done better. To the survivor, I want to express my strongest apology for letting you down," she added.

As NPR's Amy Held reported Esty apologized last week for "failure to see what was going on" following reports that Baker was allowed to stay on for months after a onetime staffer accused him of sexual harassment and punching her in the back.

Exacerbating matters for Esty is that after terminating Baker she issued a letter of recommendation for him, praising his "considerable skills," and cut him a $5,000 severance check. She also signed a nondisclosure agreement that included several secrecy provisions.

Three-term congresswoman has been an advocate of women's equality issues, including pay equity and paid family leave. She's also been among the most outspoken members of Congress dedicated to ending sexual harassment in the workplace. Earlier this year she voted for the Congressional Accountability Act, a House bill seeking to better protect congressional employees from harassment.

"In Congress, and workplaces across the country, we need stronger workplace protections and to provide employees with a platform to raise concerns, address problems, and work to reduce and eliminate such occurrences, in the first place," she wrote.

She also vowed: "In my final months I will use my power to fight for action and meaningful change."

Shortly after announcing her intentions to withdraw from the race later this year, Esty fired off a request to the House Ethics Committee to "conduct an inquiry into whether I have violated any law, rule, regulation or other standard of conduct applicable to a Member of the House."

She urged the full House to explore whether the rules and procedures for dealing with such matters need to be further revised and strengthened.

Esty's decision not to run for a fourth term opens up a highly competitive seat. Hillary Clinton carried the district by only four points in the 2016 presidential election.

The National Republican Congressional Committee's Communications Director Matt Gorman called today "a sad day for Connecticut's 5th district," in a statement, but declared it is "ready to win this competitive seat this fall."

"Democrats won't be able to distance themselves from the stain Esty left on their brand," Gorman wrote.