Accessibility links
Who Wins A U.S.-China Trade War? Maybe Australia : The Two-Way Australia has strong trading ties with China and produces many of the things on Beijing's list of U.S. products that will be hit by stiff tariffs. 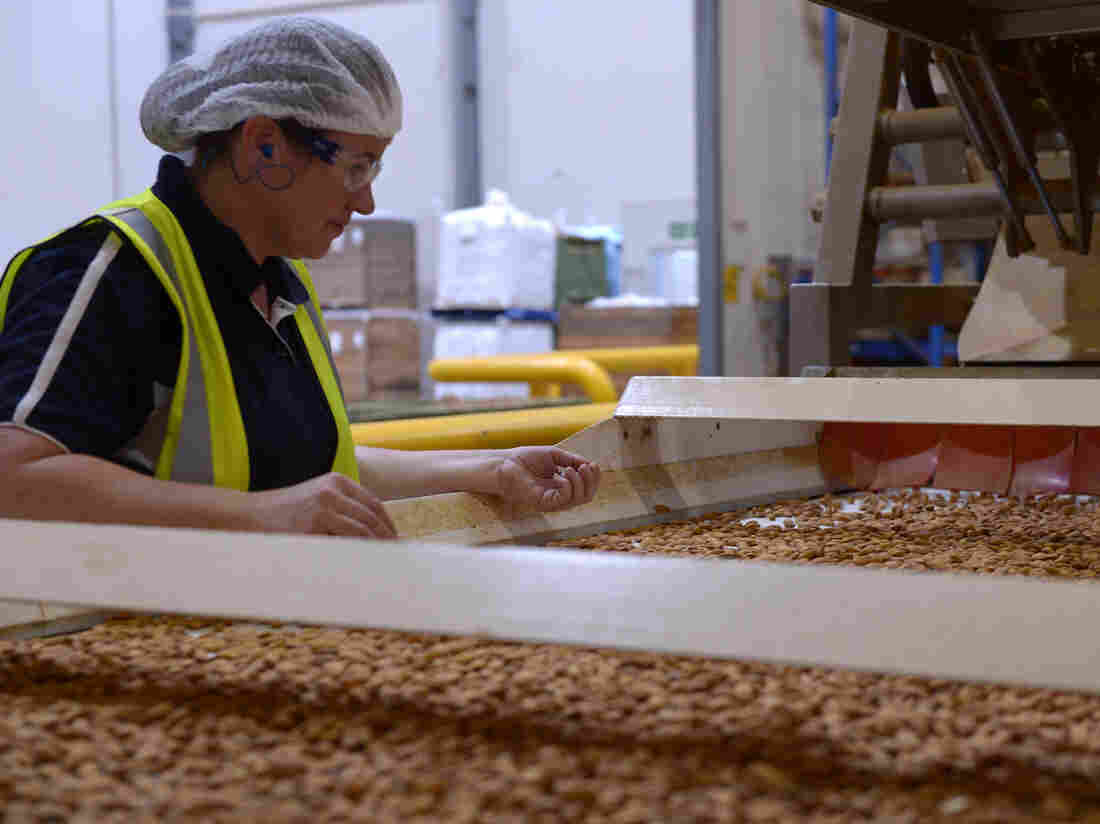 An employee inspects almonds moving along a conveyor at a Select Harvests Ltd. plant near Wemen, Australia, in 2016. China has imposed tariffs on U.S. nut exports amid a burgeoning trade war. Australia could help fill the void. Bloomberg/Bloomberg via Getty Images hide caption 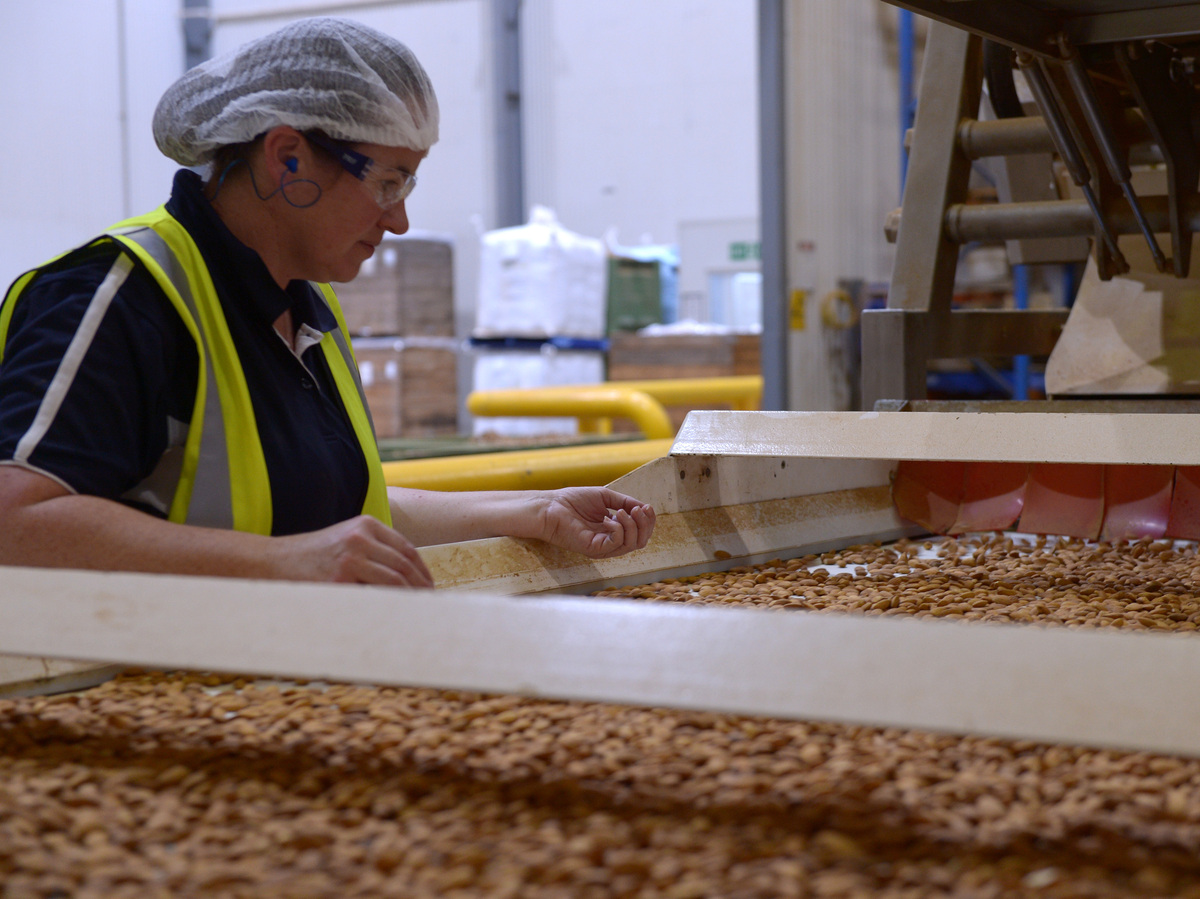 An employee inspects almonds moving along a conveyor at a Select Harvests Ltd. plant near Wemen, Australia, in 2016. China has imposed tariffs on U.S. nut exports amid a burgeoning trade war. Australia could help fill the void.

As the U.S. and China ratchet up a tit-for-tat tariff dispute, it has been said often in the last few weeks: "No one wins a trade war."

Nevertheless, staying out of a war is often the best way to win, or at least not to lose.

Take Australia, for example. In the 1990s, as the Asian economic miracle was taking shape, Australian politicians worked hard to overcome the country's geographic and cultural distance from that region to position it on the economic front lines. And while the U.S. has pulled out of the Trans-Pacific Partnership trade deal, Australia is still part of the pact. Canberra has also forged a series of bilateral deals with its regional neighbors, including a China-Australia Free Trade Agreement.

China is now Australia's largest trading partner. What's more, it produces many of the things that China also sources from the U.S. — exports that appear on Beijing's list of 128 U.S. goods that will see tariffs of 15 to 25 percent in retaliation for the Trump administration's decision to impose similar tariffs on aluminum and steel from China.

To be sure, there is plenty of hand wringing in Sydney, Perth and Canberra over the looming cross-Pacific trade war. See here and here.

Even so, individual sectors in Australia stand to gain, by increasing production and/or prices of some basic commodities to feed China's enormous appetite.

A record-breaking 2017 for Australian wine exports saw an overall increase of 15 percent from the previous year to $2.56 billion. Exports to mainland China — Australia's single-largest wine export region — were up a whopping 63 percent, with a total value of $848 million, nearly twice as large as the U.S., which lands in the No. 2 spot. 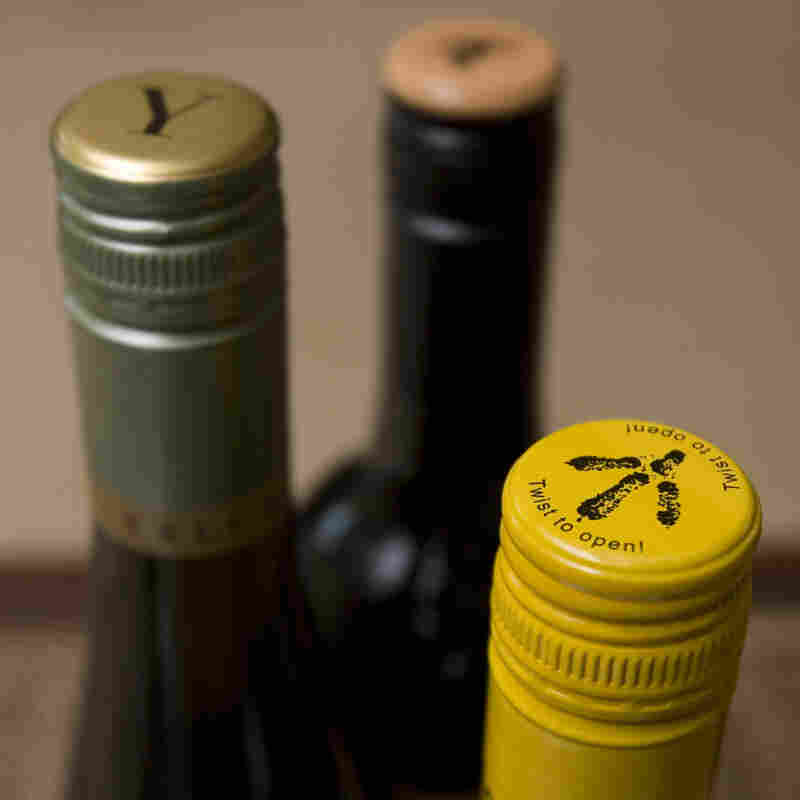 A variety of Australian wines with metal screwcaps are seen in a 2007 photo. Larry Crowe/AP hide caption 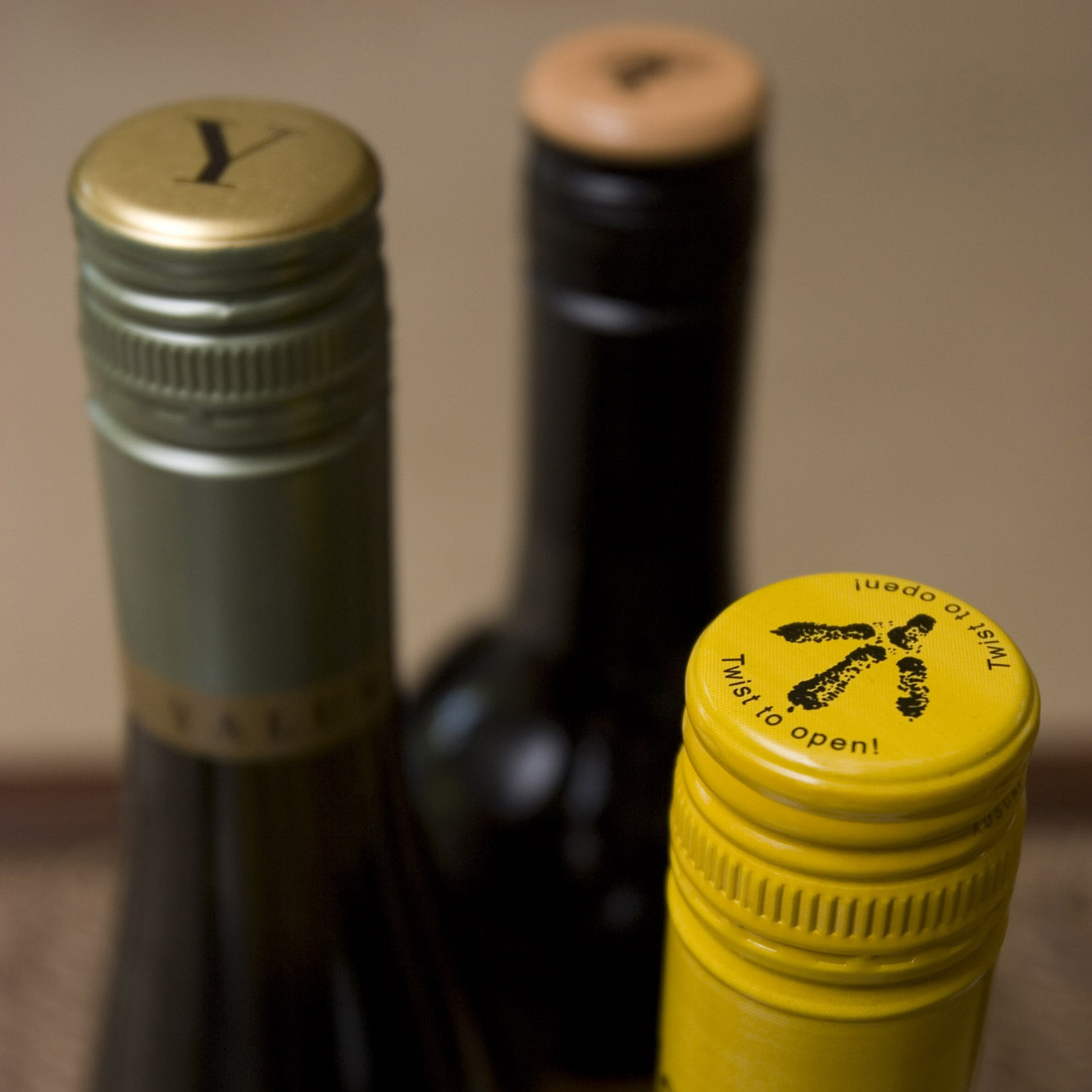 A variety of Australian wines with metal screwcaps are seen in a 2007 photo.

The Wine Spectator reports that while the U.S. exported around $80 million worth of wine to China last year, that was dwarfed by France, Australia and Chile, the latter two having free-trade agreements with Beijing "which put them at a significant advantage."

"Current Chinese customs duties for U.S. wines are 14 percent — the new tariffs increase that to 29 percent. Wines from Australia and Chile are charged customs duties of 0 percent. According to [the Wine Institute's Asia Director Christopher] Beros, these countries "have relied heavily on exports for many years for their entire industries [and] have been aggressively marketing in China," the Wine Spectator writes.

China, Tariffs, And The Hogs Of War

"If U.S. wines are subjected to higher tariffs when imported into China, that would have a direct benefit to other suppliers into that rapidly growing market, especially France and Australia — the two largest suppliers of premium wines to China," Kym Anderson, a professor of economics at the University of Adelaide in Australia and also executive director of the university's Wine Economics Research Center tells CNBC.

Robert Koch, the CEO of the Wine Institute, is more direct: "This new increased tariff will have a chilling effect on U.S. wine exports to one of the world's most important markets," Koch tells CNBC. "U.S. producers were already at a disadvantage to many foreign competitors, and this will only exacerbate that problem. We urge a swift resolution to this crisis before long-term damage is done to the U.S. wine industry."

Joel Nelsen, the president of the trade group California Citrus Mutual is quoted by member station KVPR as saying "The market share that we've been trying to develop over the past several years becomes expendable and there's an opportunity for others to steal it."

One of the thieves, so to speak, might be – you guessed it – Australia, which is the biggest competitor to the U.S. fruit exports to China. The Australian Bureau of Statistics says 40 percent of the country's fruit already gets shipped off to China and Hong Kong. 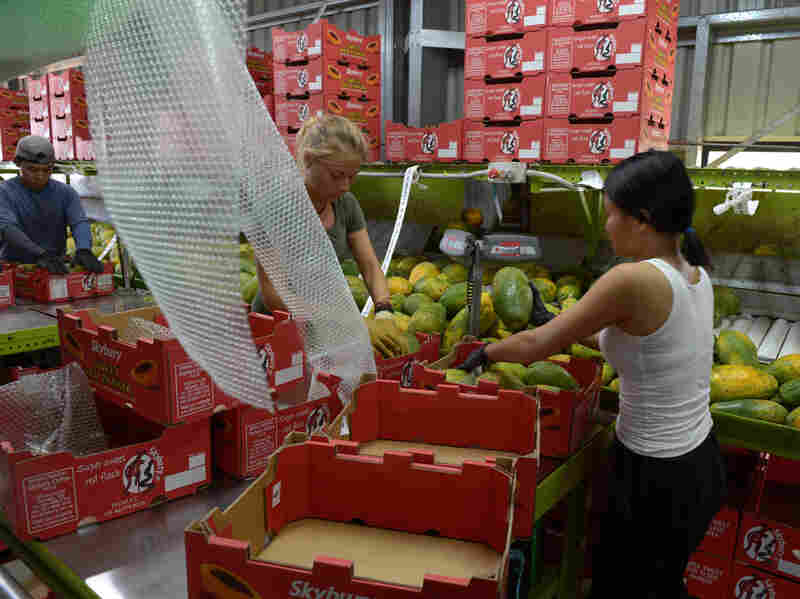 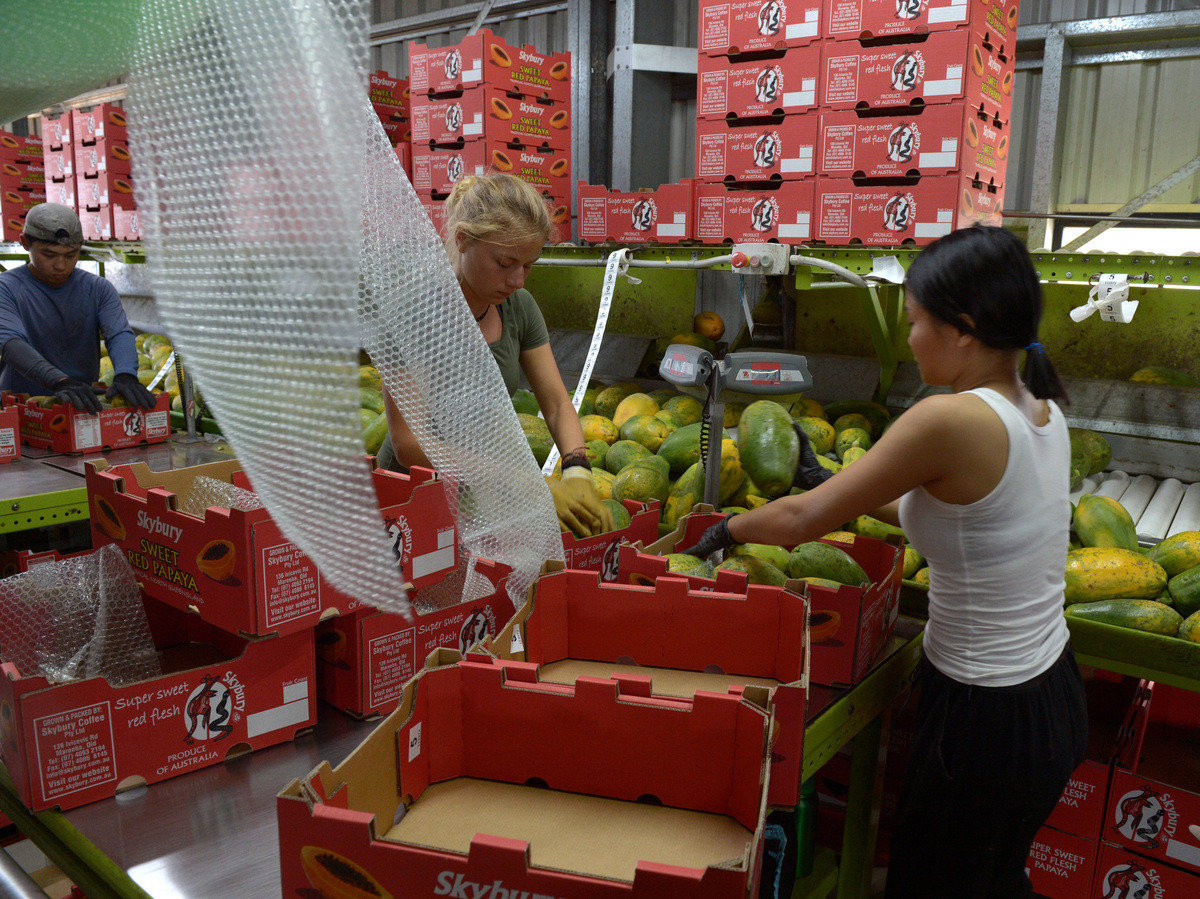 "Tree nuts are Australia's largest and most valuable horticultural export, accounting for 45 per cent of horticultural goods sold overseas, and tipped to reach around $1 billion in net worth this financial year, according to industry projections.

Australian tree nut exports to China have grown from $6 million in 2010-11 to $63 million in 2015-16, according to the Australian Bureau of Agricultural and Resource Economics and Sciences."

"An opportunity in global markets to insert those products into other markets could be an opportunity for Australian farmers," he said.

Among the U.S. exports that China has targeted is scrap aluminum (think recycled aluminum drink cans) which is melted and reformed in Chinese furnaces. Beijing slapped a steep 25 percent tariff on U.S. exports.

Australia, however, has seen its exports of such waste materials, including aluminum, rise sharply since the 1990s.

According to the Australian Bureau of Statistics, "In 2011-12 Australia's major trading partner for exported waste products was China which received 32% of the total value of Australia's waste exports.

Australia's main waste export to China was waste metal ($602 million or 592,000 tonnes) which accounted for 31% of the value of all exported waste metals."

The opening salvo of President Trump's trade dispute with China came in the form of steel tariffs. 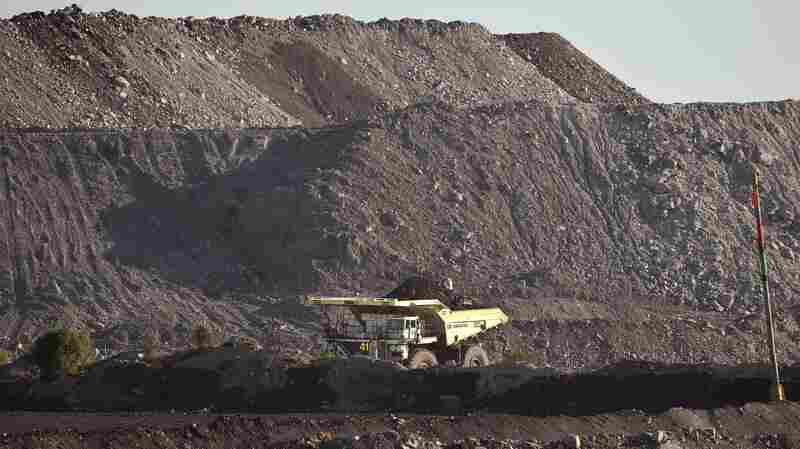 A large truck driving trough an open-cut coal mine in Singleton in the Hunter Valley north of Sydney as Australia, in 2015. William West/AFP/Getty Images hide caption 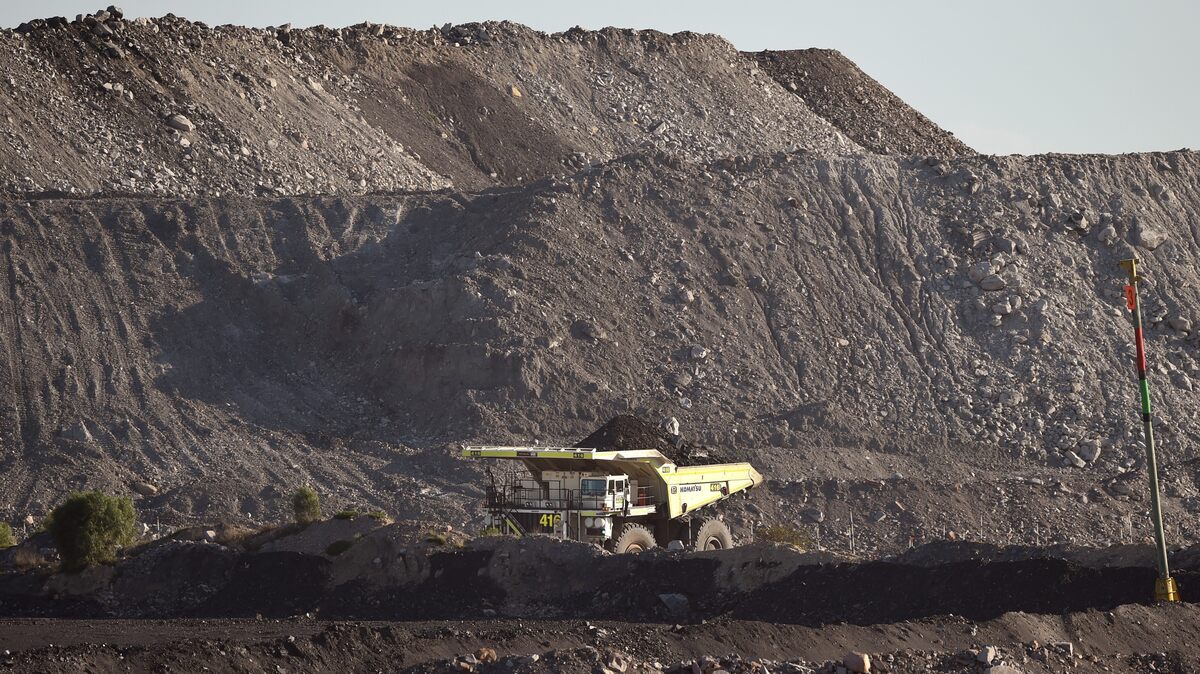 A large truck driving trough an open-cut coal mine in Singleton in the Hunter Valley north of Sydney as Australia, in 2015.

In 2016, Australia was the world's leading exporter of coal, while the U.S. ranked fourth.

Both countries are also top exporters of metallurgical — or met — coal, which is used in blast furnaces to produce steel. China uses all the met coal it can produce and still imports substantial amounts from abroad.

With the U.S. imposing a 25 percent tariff on steel imports from China, Beijing might well decide to source more of its met coal from somewhere else.

Australia seems most likely to gain.