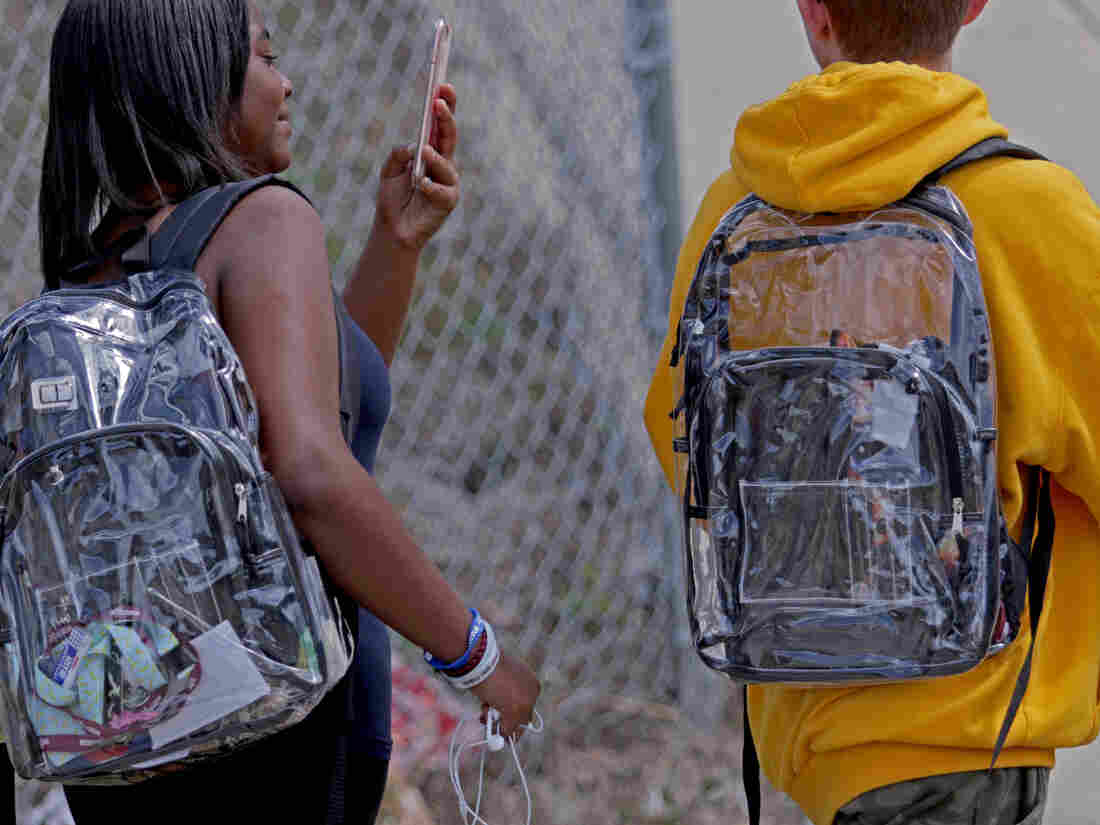 Students wear clear backpacks outside Marjory Stoneman Douglas High School in Parkland, Fla., on Monday. The bags are one of a number of security measures the school district has enacted as a result of the Feb. 14 shooting at the school that killed 17. Sun Sentinel/TNS via Getty Images hide caption 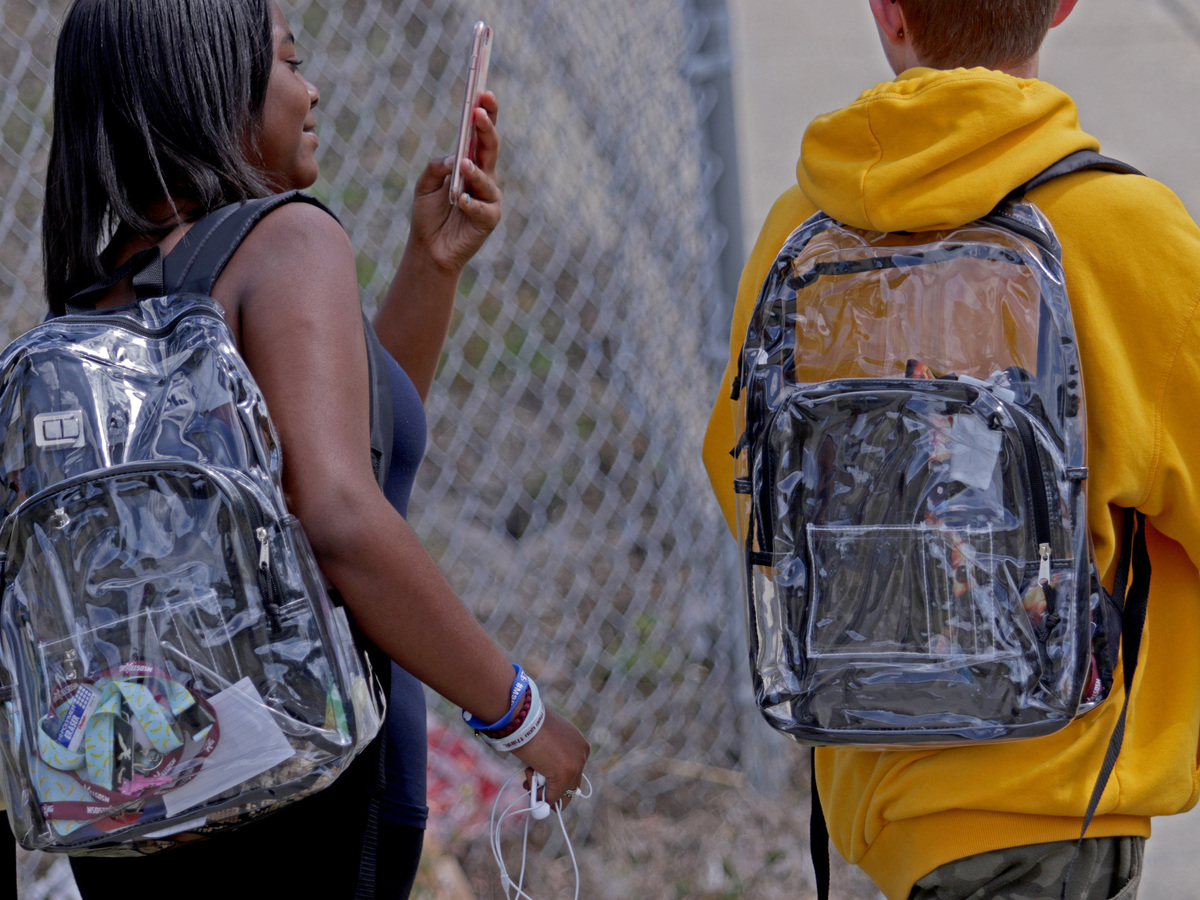 Students wear clear backpacks outside Marjory Stoneman Douglas High School in Parkland, Fla., on Monday. The bags are one of a number of security measures the school district has enacted as a result of the Feb. 14 shooting at the school that killed 17.

Marjory Stoneman Douglas High students returned to school from spring break this week facing a number of new safety precautions. District officials in Parkland, Fla., say that the school is a prototype for potential countywide security changes, following a shooting on Feb. 14 that left 17 people dead.

Among the precautions are fewer entrances, with law enforcement posted at each point; identification badges that students and teachers are required to wear at all times; and clear, plastic backpacks the only bookbags allowed on campus.

School Principal Ty Thompson sent a memo to parents about the precautions over the weekend, according to The Associated Press, comparing the process with entering a sporting event, or Disney World.

"As a first step, we are looking to see if we can get the kids through these entrances in a timely manner. ... It is very difficult to balance both convenience/privacy with safety/security; if there is more of one, the other often suffers, but I will do my best to balance the two."

Many Stoneman Douglas students took issue with the clear backpacks they're required to carry. The bags were donated to the school by Walmart and the Broward Education Foundation, the Sun-Sentinel newspaper reported.

Carly Novell, the school's newspaper editor, wrote on Twitter: "Do you want me to take my shoes off when I walk into school as well?"

These backpacks don't protect us. We aren't any safer than we were before. Now, it's just more complicated

Some students also complained about the smell of the plastic backpacks. Student Kyrah Simon tweeted that the backpacks were a waste of community resources:

Additionally, over 3000 backpacks were donated to my school inciting outrage when they could’ve been donated to underprivileged children that would embrace the donation. No matter how you analyze this situation it has the same end result: clear backpacks are virtually useless.

Another student posted a photo of his pack full of tampons:

Sophomore Lauren Hogg asked on Twitter, "Is this what my high school experience is going to be like? 3 more years of this..."

My new backpack is almost as transparent as the NRA’s agenda.

As much as I appreciate the effort we as a country need to focus on the real issue instead of turning our schools into prisons. #clearbackpacks #MarchForOurLives pic.twitter.com/HqBIeGjzF9

Many students from Stoneman Douglas have deftly harnessed social media to criticize and call for change in U.S. gun policy since the massacre, using it to organize the "March for Our Lives," where hundreds of thousands of people demonstrated in support of legislation restricting access to guns.

PHOTOS: Why They Marched, In Their Own Words

In Florida, Gov. Rick Scott signed legislation raising the minimum age of all gun purchasers to 21 and banning rapid-fire devices known as bump stocks. The reforms also included fresh funding for school security, including at least one school resource officer in all schools.

"We go through metal detectors when we go the airport. ... I don't know if it's going to stop anything or not."

Metal detectors and metal detecting wands are not currently in place on campus, but their use is being considered.

Another parent, Julie Shinn, is less convinced and criticized the move as falling short. "If we're not going to do anything about our lax gun laws," she writes on Twitter, "then my son needs a bullet proof backpack, not a clear one."

#clearbackpacks If we're not going to do anything about our lax gun laws, then my son needs a bullet proof backpack, not a clear one. #MSD #MarchForOurLives pic.twitter.com/vfdLJKXq0r