Accessibility links
Canadian Hotel Forgives Guest 17 Years After Flock Of Seagulls Trashed His Room : The Two-Way When Nick Burchill stayed at the Fairmont Empress hotel in Victoria, Canada, in 2001, he left the window open and a suitcase full of pepperoni in his room. The birds saw an opportunity. 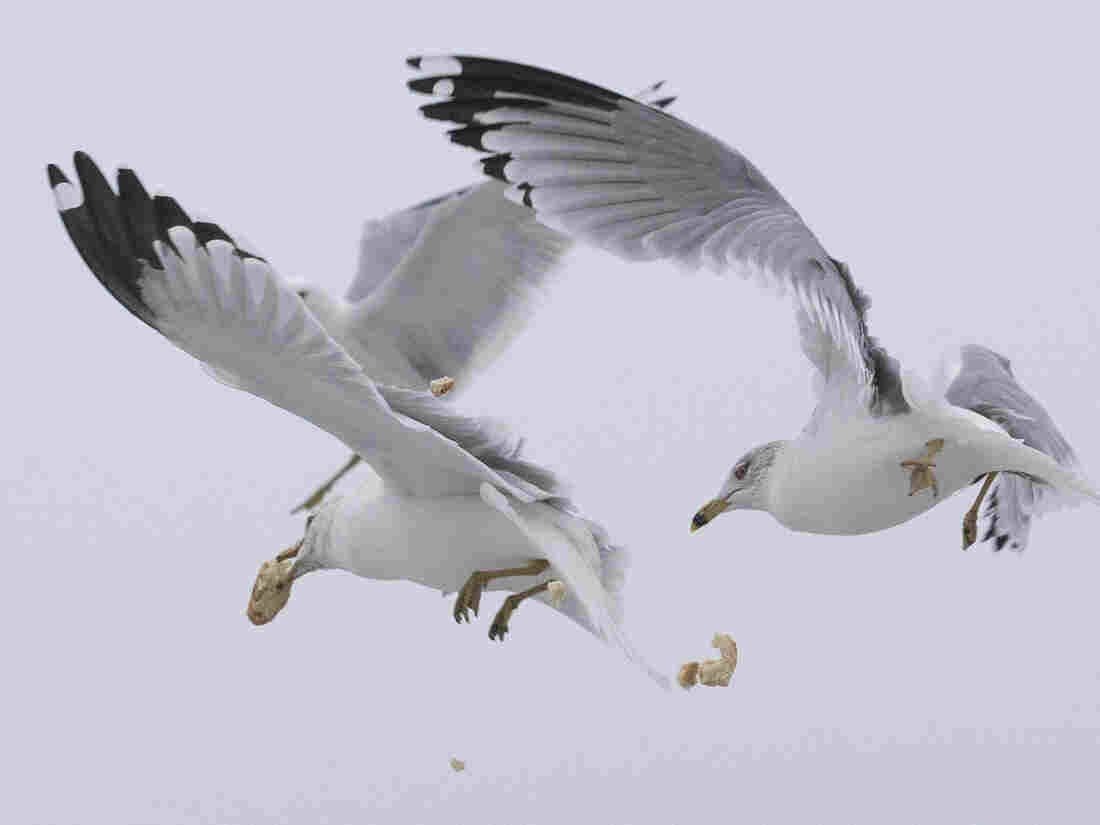 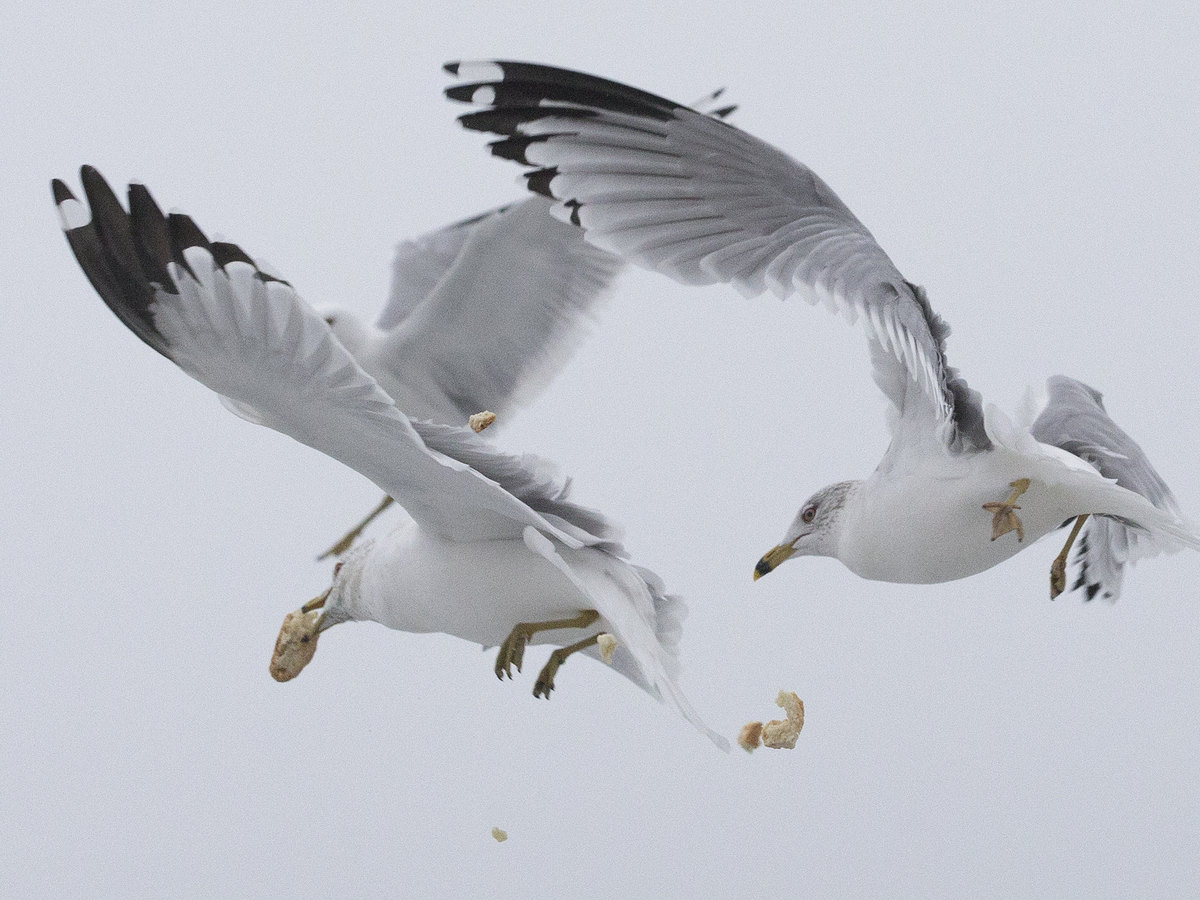 Gulls compete for the airborne material at Toronto's Cherry Beach.

No, not the English new-wave band A Flock of Seagulls.

It's the ubiquitous seaside birds that deserve at least part of the blame for getting Nova Scotian Nick Burchill blacklisted at the Fairmont Empress hotel in Victoria, Canada, one fateful day in 2001.

Burchill had planned to send a suitcase full of pepperoni to his buddies in the Canadian navy. Writing on Facebook, he recounts that he decided to leave it near an open window so the chilly air would keep the meats fresh.

"I remember walking down the long hall and opening the door to my room to find an entire flock of seagulls in my room," Burchill said in a recent letter of apology to the 4-star hotel. "I didn't have time to count, but there must have been 40 of them and they had been in my room, eating pepperoni for a long time."

"They immediately started flying around and crashing into things as they desperately tried to leave the room through the small opening by which they had entered," said Burchill, who lives in Dartmouth. "The result was a tornado of seagull excrement, feathers, pepperoni chunks and fairly large birds whipping around the room."

Older and wiser now, Burchill chalked up the incident to youthful indiscretion.

"I have matured and I admit responsibility for my actions," he said in the letter. "I come to you, hat in hand, to apologize for the damage I had indirectly come to cause and to ask you to reconsider my lifetime ban from the property."

The apology worked. Banned from the hotel since 2001, Burchill is now welcome to come back, the Fairmont said.

"Fairmont Empress was as amused as everyone else to read the letter from Mr. Burchill. His series of unfortunate events happened so many years ago, and we were happy to review Mr. Burchill's letter and have since lifted the ban," the hotel said in a statement on Facebook.

When the Fairmont got the letter, the hotel staff first thought it was an April Fools' Day prank, according to The Toronto Star, "but a check of the records and Burchill's appearance at the front desk last weekend confirmed the seagull story and the former guest's permanent ban."

"It is absolutely a true story," Tracey Drake, the hotel's public relations director, told the newspaper.

"Burchill was in Victoria for a conference and was booked to stay at the Empress back in 2001, said Drake. After the room fiasco, he was moved to another room for the rest of his stay.

'The hotel followed up with his employer afterwards, saying he's not welcome back at the hotel due to the damage in the room,' Drake said. 'He's correct. The lamps were broken. The room was trashed. It's a really funny story to tell 17 years later, but I was sitting here thinking about the housekeeper and what her first reaction must have been when she opened that door.'"

A previous version of this post misspelled the name of the hotel. It's the Fairmont Empress, not the Fairmount Empress.