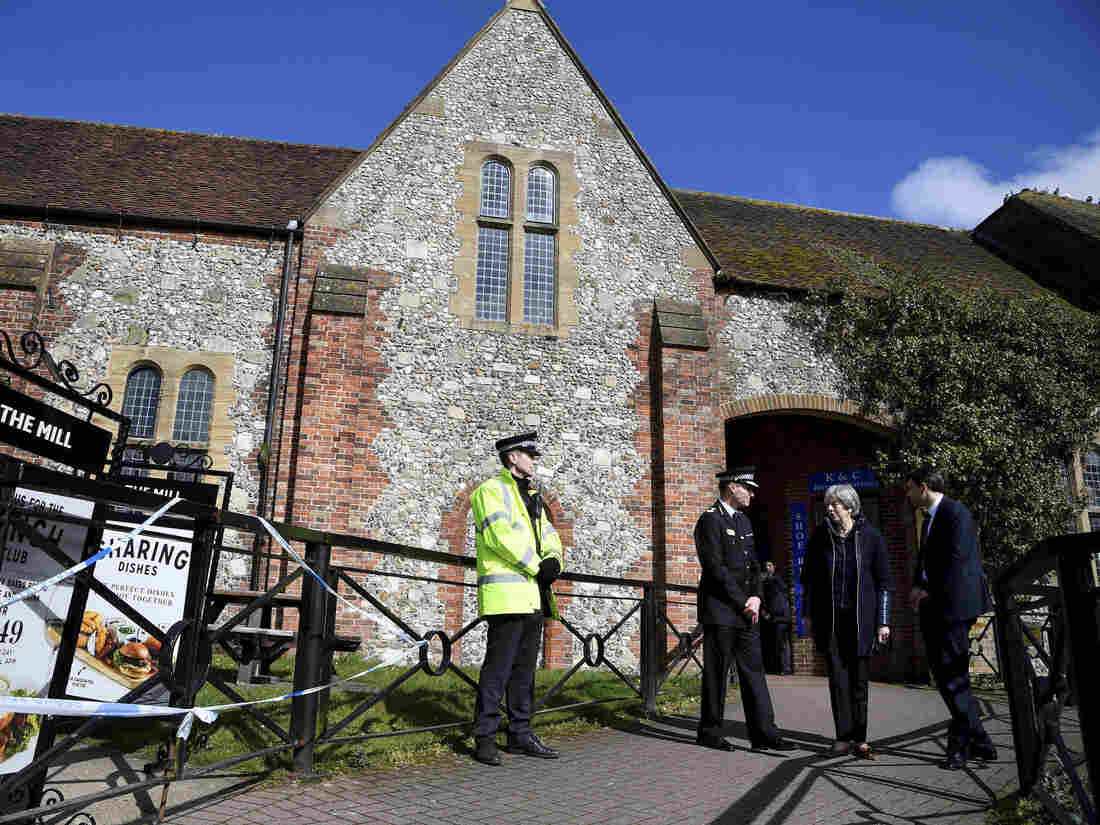 Britain's Prime Minister Theresa May stands outside a pub as she views the area where former Russian double agent Sergei Skripal and his daughter were found critically ill in March. Toby Melville/AP hide caption 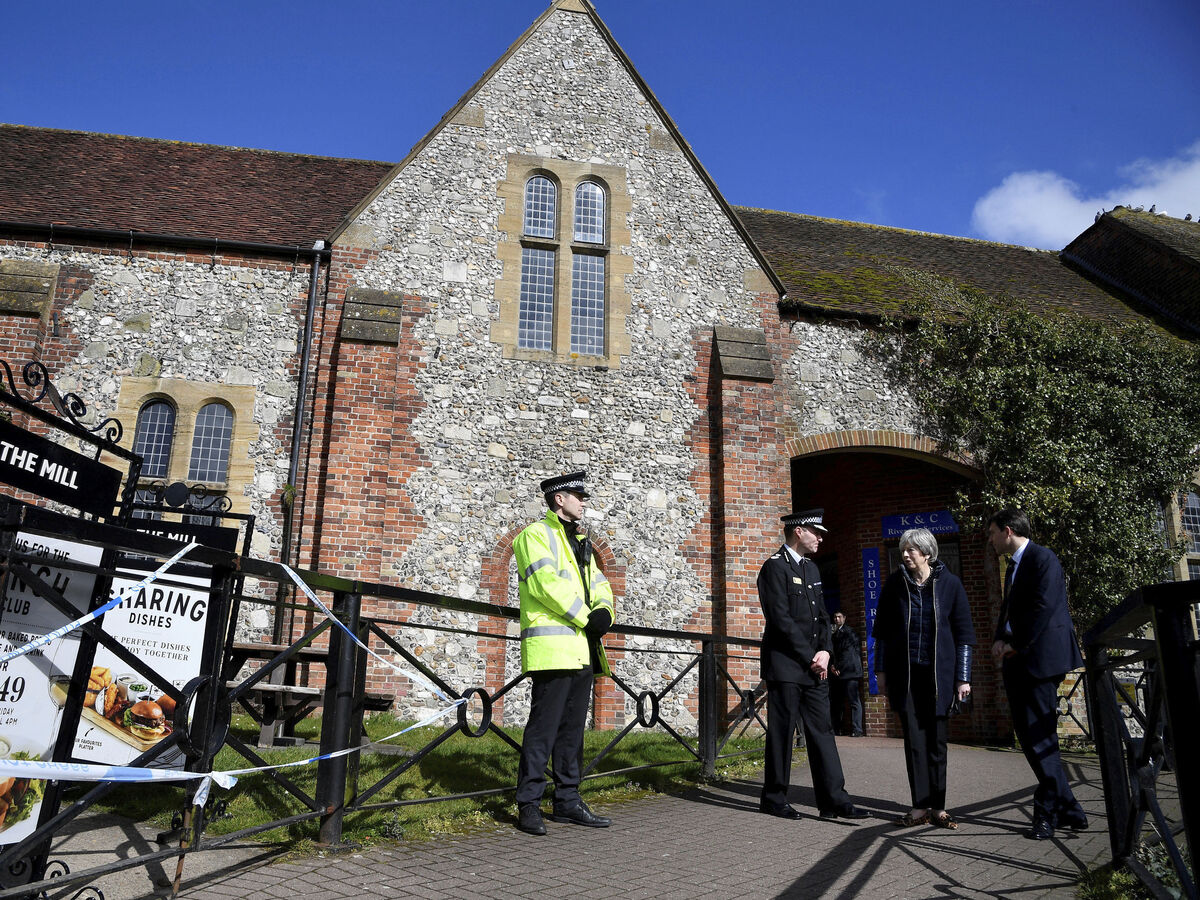 Britain's Prime Minister Theresa May stands outside a pub as she views the area where former Russian double agent Sergei Skripal and his daughter were found critically ill in March.

Russia's attempt to join an investigation into a nerve agent used to poison a former spy failed Wednesday.

The British government had accused Moscow of being behind the March murder attempt which not only left Russian ex-spy Sergei Skripal and his daughter, Yulia, hospitalized but possibly exposed dozens of other people to a harmful agent known as Novichok.

"It is now clear that Mr. Skripal and his daughter were poisoned with a military-grade nerve agent of a type developed by Russia," British Prime Minister Theresa May said in March. Relations between Russia and England escalated when Western countries announced that they would expel more than 150 Russian diplomats, prompting Russia to take retaliatory with its own diplomat expulsions.

Russia also called an emergency meeting of the Organisation for the Prohibition of Chemical Weapons in the hopes of discrediting Britain's accusations, Reuters reported. Because it was not asked to join an independent OPCW probe, it proposed a collaborative investigation, said the wire service.

Russia's request for a joint investigation received just six of 41 votes. In addition to the U.K., were 14 OPCW members voted against Russia's motion, 17 abstained, two were absent, and one was unable to vote. China, Azerbaijan, Sudan, Algeria and Iran supported Russia's bid, Reuters reported.

The Delegation to the Hague-based Organisation for the Prohibition of Chemical Weapons called Russia's request "perverse." It also tweeted that, "It is a diversionary tactic, and yet more disinformation designed to evade the questions the Russian authorities must answer."

The outcome of the meeting satisfied British Foreign Minister Boris Johnson. "The purpose of Russia's ludicrous proposal at The Hague was clear – to undermine the independent, impartial work of the international chemical weapons watchdog. Russia has had one goal in mind since the attempted murders on UK soil through the use of a military-grade chemical weapon – to obscure the truth and confuse the public," he said in a written statement.

Russian president Vladimir Putin has denied his country's involvement in the attack of Skripal and his daughter. He said the nerve agent could have been produced by some 20 nations with materials from the open market.

A spokeswoman for the Russian Foreign Ministry also said Britain should provide information about the pets in Skripal's home in England, the AP reported.

"Where are the pets? What is their condition?" ministry spokeswoman Maria Zakharova said, as quoted by the wire service. "This is about living creatures, and if a toxic chemical agent was indeed used in their house, these living creatures should have been hurt."

Russia also requested an open meeting of the U.N. Security Council on Thursday, according to news wires.

The OPCW collected samples on site following the father-daughter poisoning and is expected to provide results next week, Reuters reported.