Accessibility links
1 Man Killed In Apartment Fire At Trump Tower In New York City : The Two-Way The blaze on the 50th floor of the Manhattan building early Saturday evening injured four firefighters. President Trump has an apartment on the tower's top floors but none of his family was there. 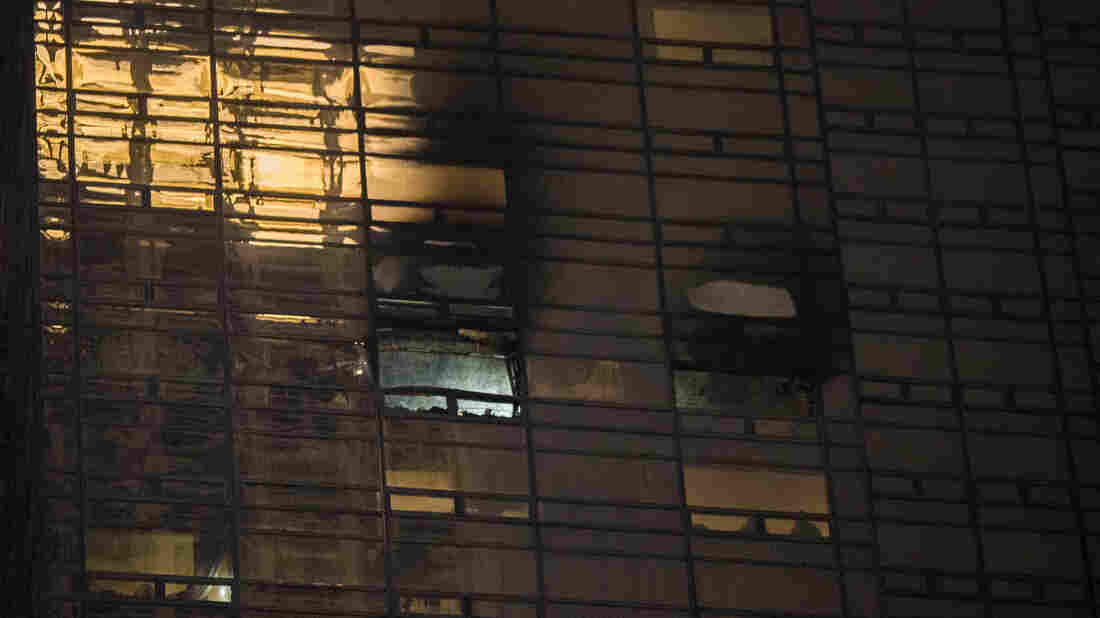 Fire damage is seen on a side of Trump Tower in Manhattan on Saturday. The New York City Fire Department says the blaze broke out on the 50th floor shortly before 6 p.m. Andres Kudacki/AP hide caption 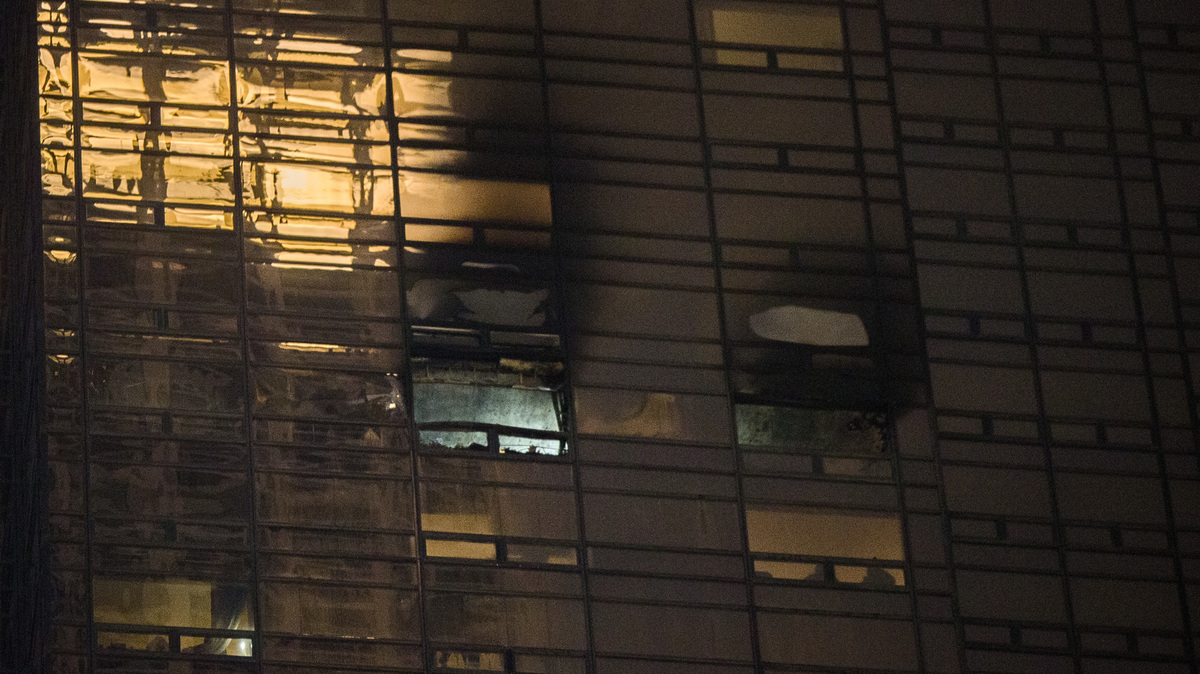 Fire damage is seen on a side of Trump Tower in Manhattan on Saturday. The New York City Fire Department says the blaze broke out on the 50th floor shortly before 6 p.m.

An apartment fire in President Trump's commercial and residential skyscraper has left one man dead.

"He says about 200 firefighters battled the blaze, with four suffering minor injuries. A man who was in the apartment was taken to a hospital and later died.

"The president's penthouse residence and the Trump Organization's offices are in Trump Tower, but he's spent little time there since taking office. None of the president's family was at the building."

Fire at Trump Tower is out. Very confined (well built building). Firemen (and women) did a great job. THANK YOU!

The cause of the fire is not yet known and the investigation is ongoing.

There's more news about the victim as The Associated Press reports:

"Todd Brassner, 67, who was in the apartment, was taken to a hospital and died a short time later, the New York Police Department said. Property records obtained by The Associated Press indicate Brassner was an art dealer who had purchased his 50th-floor unit in 1996."

"New York City did not mandate sprinklers in every unit and common hallways of new residential buildings until March 1999 when then-Mayor Rudy Giuliani signed council legislation. That was well after the opening of Trump Tower in February 1983.

"The upper floors of Trump Tower, which are have 263 apartments, do not have sprinklers, Nigro told Spectrum News NY1, the 24-hour cable-TV news channel that serves New York's five boroughs."

Earlier this year, a small electrical fire broke out near the top of the building, according to The New York Times. A firefighter was hurt by falling debris and two civilians were injured.