Accessibility links
North Korea Ready To Talk About Denuclearization, U.S. Officials Say : The Two-Way A U.S. official has confirmed to NPR that Pyongyang says its nuclear weapons are on the table, but it's not clear whether that means halting or eliminating its program. 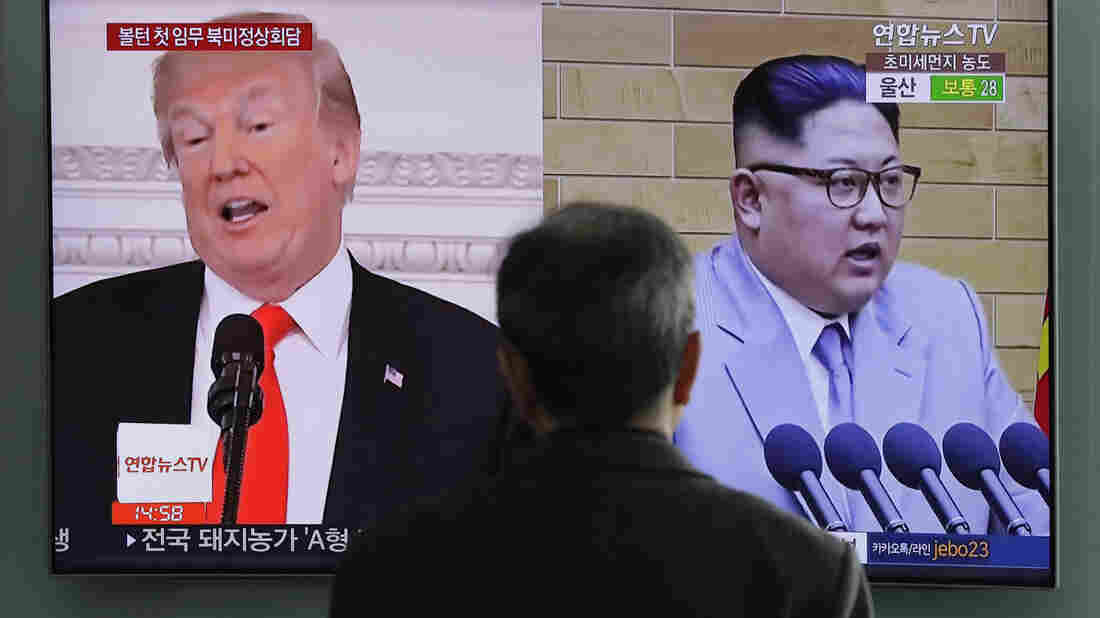 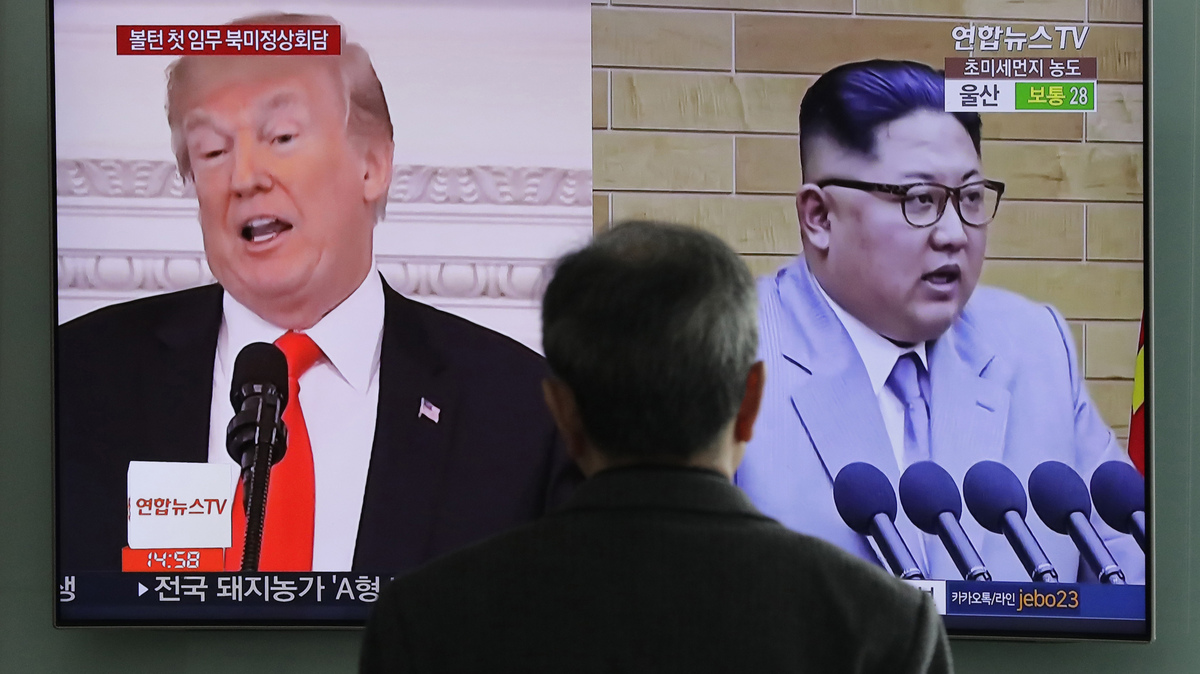 Pyongyang has told Washington that it is ready to discuss the denuclearization of the Korean Peninsula when North Korean leader Kim Jong Un and President Trump meet, a U.S. official has confirmed to NPR.

In direct contacts between U.S. and North Korean officials, the latter relayed to the Trump administration that Kim is willing to talk about the key sticking point in relations between the two countries, NPR's Michele Kelemen reported late Sunday.

As The Associated Press writes: "The confirmation from Pyongyang directly, rather than from third countries like South Korea, has created more confidence within Trump's administration about the wisdom of holding such a meeting, as U.S. officials make secretive preparations."

However, it is not clear what Pyongyang means by denuclearization, whether it is simply halting its weapons program or eliminating it altogether.

As The New York Times notes: "There is still no guarantee that the talks will happen, or that Mr. Kim is prepared to discuss denuclearization of the sort that the United States government envisions, which would entail entirely giving up the very weapons that the North has seen as crucial to its continued existence. It is also unclear what kind of concessions the United States would be willing to make to secure commitments from Pyongyang."

The two sides have reportedly been working toward a summit between the two leaders by the end of next month following a backchannel offer from Pyongyang to meet and President Trump's surprise acceptance despite having previously denounced Kim as "Little Rocket Man."

Any such meeting would be the first-ever direct talks between a sitting U.S. president and a North Korean leader.

According to Reuters, South Korea has welcomed the development, calling it "positive."

"We are aware contact between North Korea and the United States is going well," an official in the office of South Korea's president said on condition of anonymity, according to the news agency. "We don't know, however, up to what extent information is being shared between the two."

Former U.N. Ambassador John Bolton, a hardliner on North Korea who has in the past advocated a pre-emptive military strike on Pyongyang's nuclear weapons sites — begins his new role as Trump's national security adviser, replacing the outgoing Lt. Gen. H.R. McMaster, on Monday.