Accessibility links
Man Who Died In Trump Tower Fire Tried To Sell Apartment, Friend Says : The Two-Way Todd Brassner, 67, who died Saturday, reportedly told his friend that he wanted out of the building, which had become "an armed camp" since Trump's 2016 election. 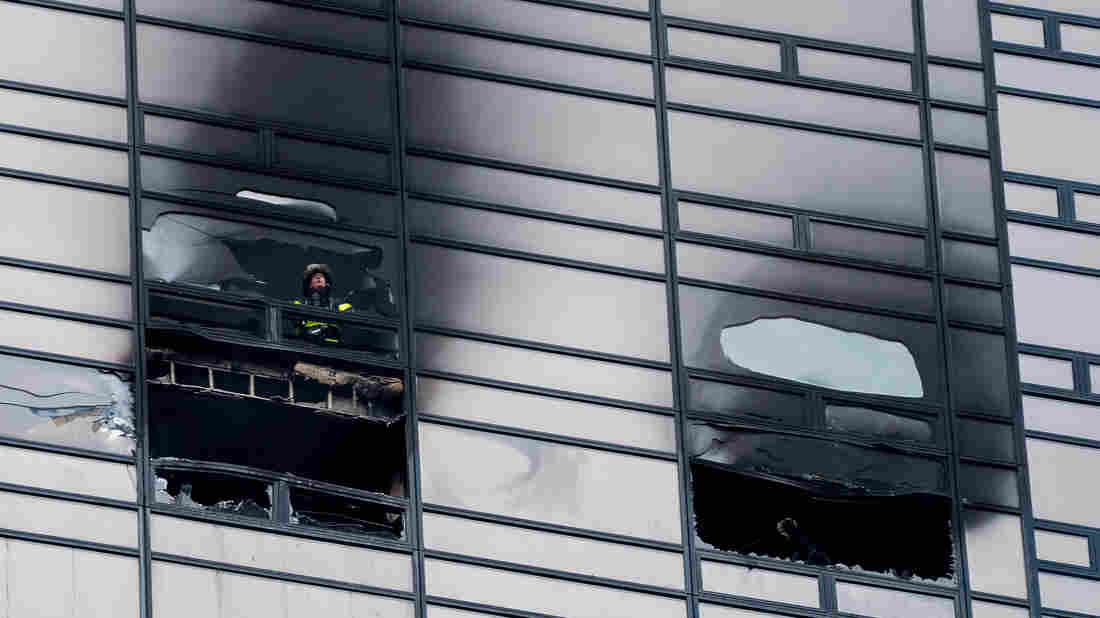 A firefighter looks out from the window of a damaged apartment in Trump Tower in New York on Saturday. Craig Ruttle/AP hide caption 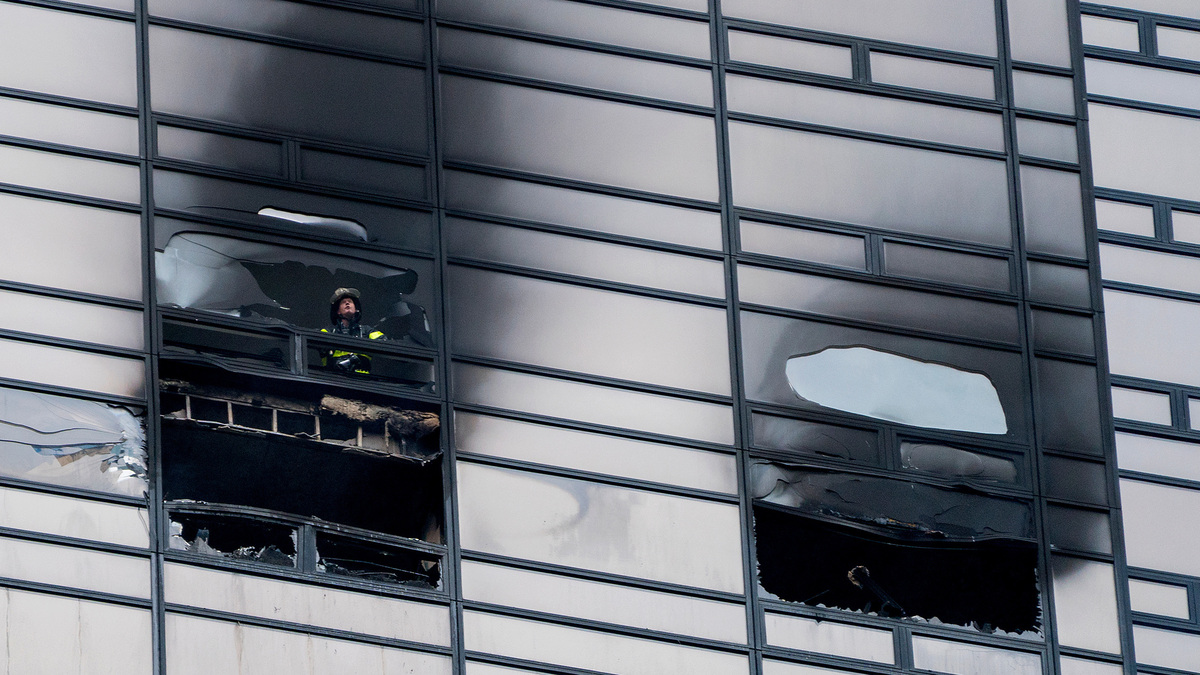 A firefighter looks out from the window of a damaged apartment in Trump Tower in New York on Saturday.

Todd Brassner, a 67-year-old art dealer who died in a fire in Trump Tower over the weekend, had reportedly been trying to sell his 50th-floor apartment there since President Trump was elected, The New York Times reports.

The newspaper said Brassner — who records show purchased the apartment in 1996 — wanted to get out after Trump's 2016 election brought "increased security and scrutiny to the building" but that he could not sell the apartment for what he thought it was worth — $2.5 million in 2015.

Brassner told musician and music producer Stephen Dwire that the situation at Trump Tower was becoming "untenable," according to the Times.

"It was like living in an armed camp. But when people heard it was a Trump building, he couldn't give it away," Dwire, a friend of Brassner's said.

Brassner lived amid a collection that included artwork, such as a 1975 portrait of him painted by Andy Warhol and other pieces by Robert Indiana, Mati Klarwein and author Jack Kerouac, as well as "about 100 vintage electric guitars, 40 guitar amplifiers dating to the 1930s [and] 150 ukuleles," the Times said.

In recent years, Brassner was "plagued with debilitating medical problems" that made it "difficult for him to function," according to The Associated Press.

Firefighters were still investigating the cause of Saturday's blaze, which also injured four firefighters.

Before the death was reported, the president on Saturday tweeted that the fire was out at Trump Tower — a "well built building," he said — and thanked firefighters.

Fire at Trump Tower is out. Very confined (well built building). Firemen (and women) did a great job. THANK YOU!

He has not tweeted about the fire again since Brassner died shortly after being taken to the hospital on Saturday.

Trump Tower was built in 1983 and did not have sprinklers, which were not required by building codes at the time. However, after two deadly high-rise apartment fires in 1999, New York City enacted a law requiring them in new construction, while exempting sprinklers in existing buildings until or unless they underwent extensive renovations.

According to the Times, "Real estate developers, including Mr. Trump, fought the sprinklers, arguing that they were unnecessary and would add $4 per square foot to the cost of an apartment."

However, the newspaper notes that Trump changed his views on the subject, concluding later that tenants felt safer with sprinklers and that he subsequently spent $3 million to install them in the Trump World Tower near the United Nations building in New York.

The AP reports: "The city's Department of Buildings on Sunday said Trump Tower did have working hard-wired smoke detectors, and that the fire department was first notified of the blaze by the detectors in the building's heating and ventilation system. A cause had not yet been determined."

A previous version of this story misspelled Robert Indiana's name as Indian.