Accessibility links
Xi Says China To Lower Trade Barriers As Beijing Files WTO Complaint Against U.S. : The Two-Way The Chinese president told a group of investors and regional leaders gathered in Hainan that his country would "significantly" lower tariffs on imported automobiles and other products. 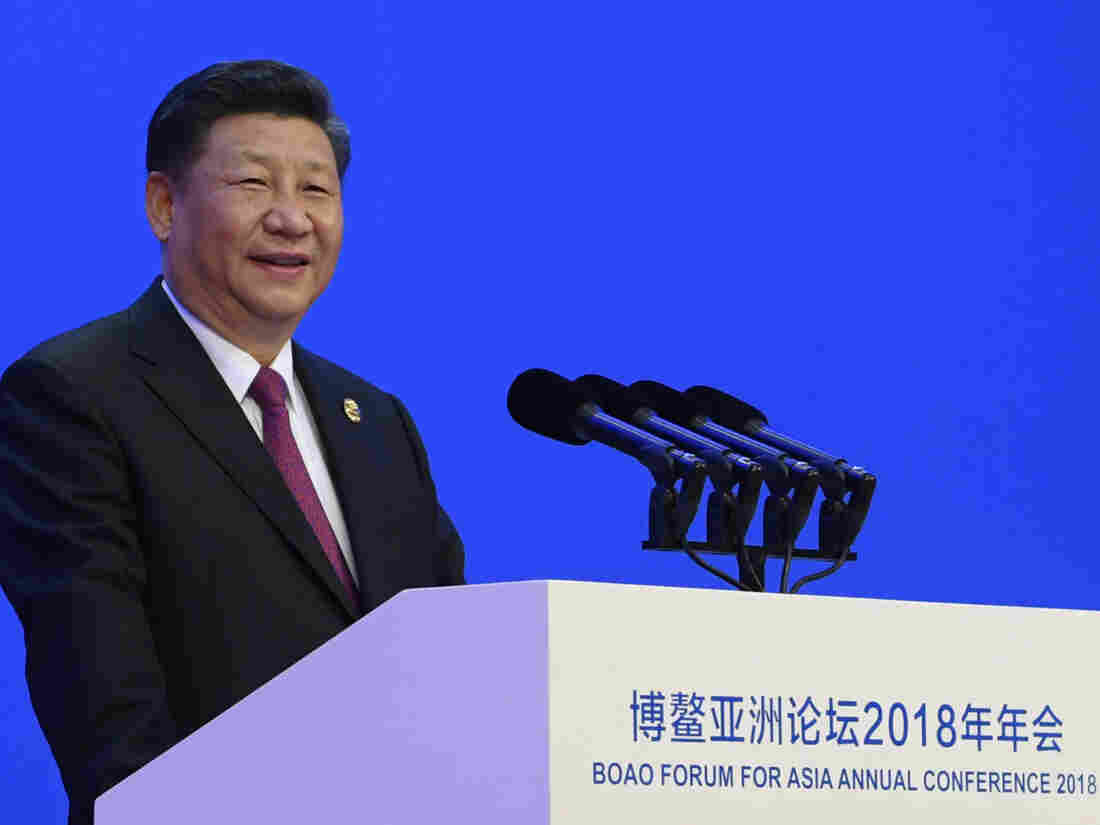 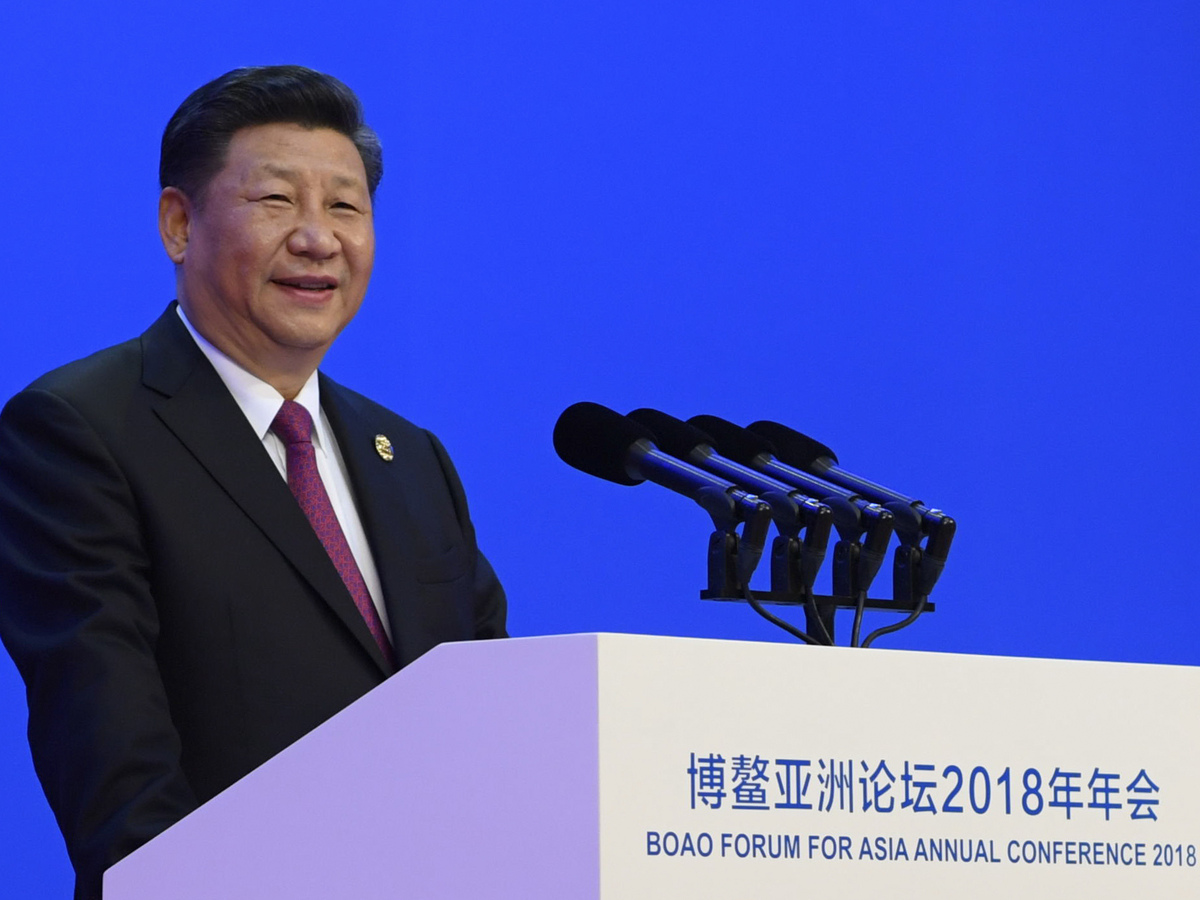 In this photo released by Xinhua News Agency, Chinese President Xi Jinping delivers his opening speech at the Boao Forum for Asia Annual Conference in Boao in south China's Hainan province, on Tuesday.

China's President Xi Jinping says his country will "significantly lower" import tariffs on automobiles as part of a broader move to open up its economy amid a major trade dispute with the U.S.

In a speech at the Boao Forum for Asia, a business forum held on China's southern Hainan island, Xi appeared to be aiming to show his country is a leader in promoting global free markets and to defuse trade tensions with Washington.

"China relied in the past on creating favorable policies for itself," Xi said, adding that going forward, it would need "to rely more on improving our investment environment, we will increase our alignment with international rules, and our intellectual property protection."

The speech came on the same day that Beijing filed a complaint with the Geneva-based World Trade Organization opposing U.S. tariffs on steel and aluminum.

"Human society is facing a major choice to open or close, to go forward or backward," Xi told investors at the forum. "In today's world, the trend of peace and cooperation is moving forward and the Cold War mentality and zero-sum-game thinking are outdated."

"China's door of opening up will not be closed and will only open wider," he pledged.

It Was A Company With A Lot Of Promise. Then A Chinese Customer Stole Its Technology

According to The South China Morning Post, Xi "suggested that tariffs on car imports could be lowered – a day after Trump complained on Twitter about the 'stupid' imbalance between America's 2.5 percent levy on car imports compared to China's 25 per cent."

The Hong Kong-based English daily notes that "Xi made no direct reference to US President Donald Trump in his address, but invoked various Chinese sayings and metaphors to deliver a strong defence of China's economic openness and commitment to further reforms."

An unnamed White House official quoted by Bloomberg said the speech appeared to provide an opening to build trust between the two sides, but that the U.S. was expecting to see concrete proposals from Beijing.

However, Xi did appear to address another frequent criticism of President Trump – the yawning trade gap between China and the U.S.

"China does not seek trade surplus. We have a genuine desire to increase imports and achieve greater balance of international payments under the current account," Xi said, according to a translation of the speech.

In the WTO complaint filed Tuesday, China asked for 60 days of consultations with the U.S. to resolve its dispute over the 25 percent import tariffs on steel and 10 percent tariffs on aluminum imposed by the Trump administration last month. Beijing says the levies breach international trade rules.