Accessibility links
Russia Vetoes U.S. Resolution On Syria In U.N. Security Council : The Two-Way Meanwhile, President Trump is weighing a possible military response. On Monday, he said "nothing is off the table" and has vowed to respond "forcefully." 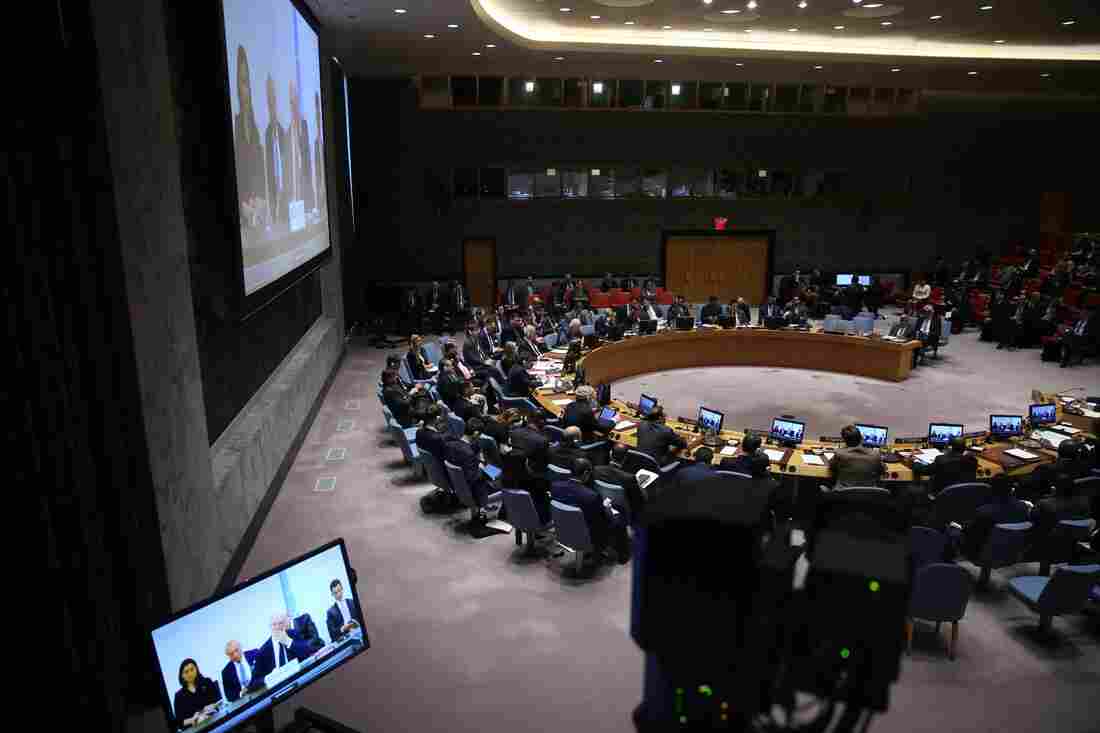 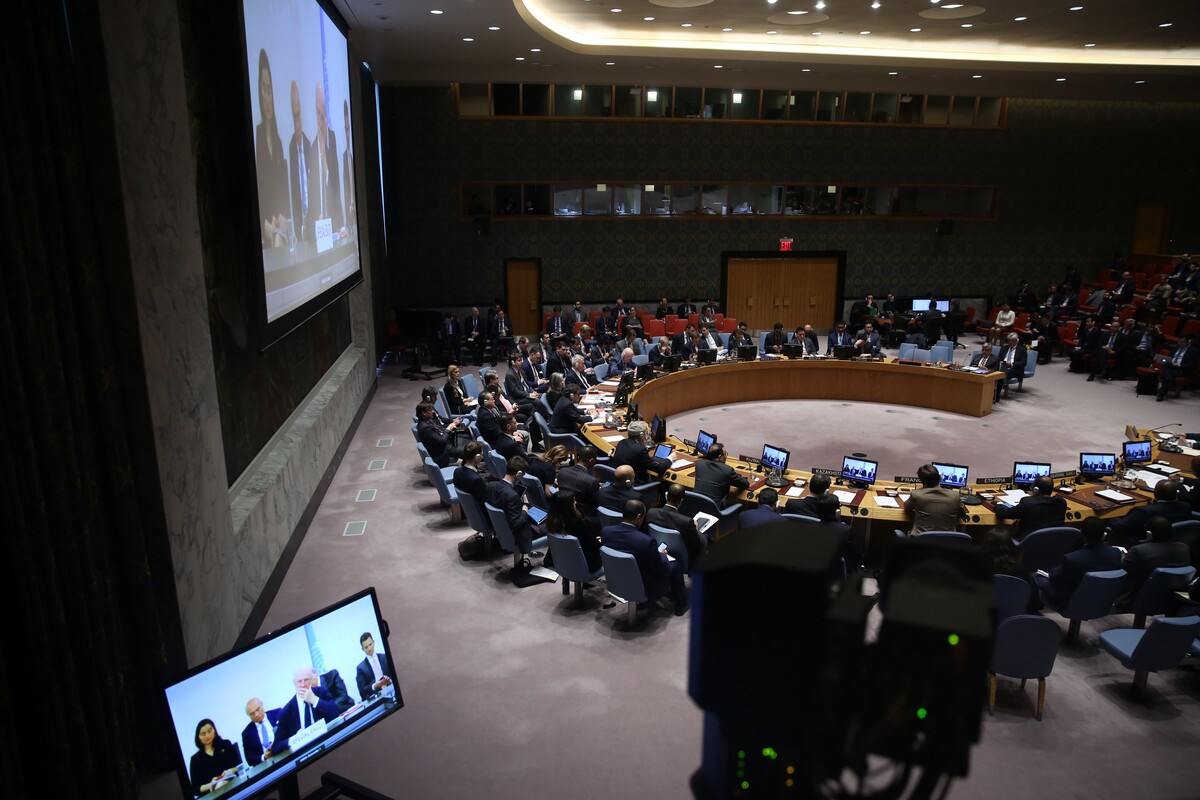 At a U.N. Security Council meeting Tuesday, Russia has vetoed a resolution on Syria drafted by the United States on the latest apparent chemical weapons attack, at a time when President Trump is considering launching new military action.

Meanwhile, inspectors from the international chemical weapons watchdog prepare to head into the country.

Last night, Trump said "nothing is off the table" in Syria and has vowed to respond "forcefully."

Trump has now cancelled this week's planned trip to Latin America "to oversee the American response to Syria and to monitor developments around the world," according to White House press secretary Sarah Sanders.

As NPR's Michele Kelemen reports, the U.S.-drafted resolution would have demanded access to the scene of the reported attack in Douma, a rebel-held area in the Damascus suburbs, and "would also create a new investigative mechanism to look into chemical weapons attacks in Syria and determine who is responsible."

Prior to the vote, U.S. Ambassador to the U.N. Nikki Haley said, "At a certain point, you're either for an independent and impartial investigation, or you're not. And now that the Douma attack has happened, this is not a decision that we can delay any longer."

Russia has previously voted to block a resolution that would give U.N. investigators a wider mandate on chemical weapons in Syria, Michele added.

Russia's representative accused the U.S. of simply seeking a pretext to justify further use of force against Syria, Michele reported.

In the alleged attack over the weekend in Douma, pro-opposition rescue workers and doctors have told NPR's Ruth Sherlock that at least 42 people died. That's equal to the number of fatalities reported by the Britain-based Syrian Observatory for Human Rights.

5 Questions About Syria And Chemical Weapons

The Organisation for the Prohibition of Chemical Weapons said the Syrian government and its Russian allies invited it to send in a fact-finding mission. The watchdog group has a mandate to "establish facts surrounding the allegations of the use of toxic chemicals, reportedly chlorine, for hostile purposes in the Syrian Arab Republic."

It's not clear how the OPCW inspection in Syria would impact the timing of potential U.S. military action.

As NPR reported, Syria accused Israel on Monday of carrying out a raid on the Tiyas air base in central Syria in a pre-dawn raid.

Last year, the U.S. carried out airstrikes against an airfield outside Homs after the Syrian regime was found to use chemical weapons.

Military action now would likely look similar, according to NPR's Pentagon correspondent Tom Bowman. "It could be wider airstrikes, more locations, command and control centers and so forth, to send the message," he reported.

On Monday, Trump indicated that the administration would be making "some major decisions over the next 24 to 48 hours."

French President Emmanuel Macron has indicated that he supports a "strong, joint response" to the reported chemical attack. And the White House says that in a call between Trump and U.K. Prime Minister Theresa May, the leaders "agreed not to allow the use of chemical weapons to continue."

A previous version of this story said the Syrian Observatory for Human Rights said 14 people died in the attack in Douma. In fact, the monitoring group said that at least 42 people were killed.