FCC On Hawaii's Bogus Alert: Don't Say 'This Is Not A Drill' During Drills

FCC On Hawaii's Bogus Alert: Don't Say 'This Is Not A Drill' During Drills 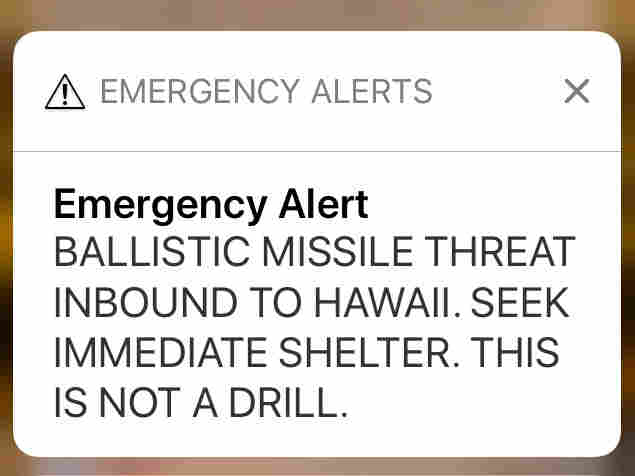 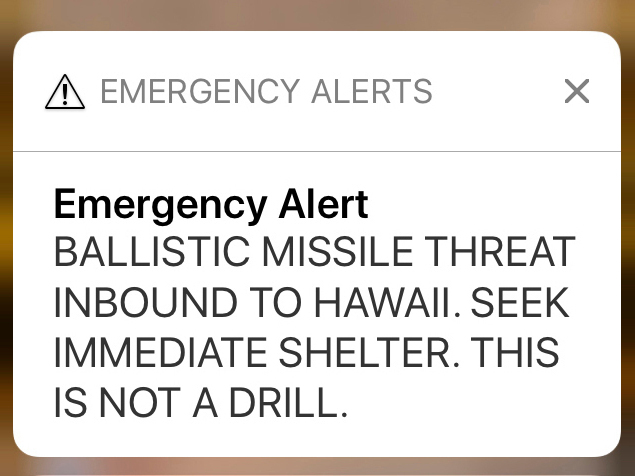 The Federal Communications Commission recommended on Tuesday that emergency workers drop the phrase "This is not a drill" when conducting emergency alert exercises.

A final report on a false missile alert, which left Hawaii residents fearing for their lives for 38 minutes, offered analysis on what went awry within the state's emergency management agency and guidance on how to avoid more false warnings.

That January morning, an apocalyptic message popped up across people's cellphone and television screens: "BALLISTIC MISSILE THREAT INBOUND TO HAWAII. SEEK IMMEDIATE SHELTER. THIS IS NOT A DRILL."

The last sentence of the notification was the exact warning that Hawaiians received before the 1941 attack on Pearl Harbor, the FCC document stated.

Who Should Warn The Public Of Nuclear War?

According to the FCC report, the term also tripped up a government worker. It started when a supervisor working on the midnight shift began a drill with a recorded phone call, playing a message with the words "This is not a drill" in the midst of saying "Exercise, Exercise, Exercise." Because the language differed from standard procedure, an officer on the day shift thought it was a genuine warning and transmitted a public alert that a missile was incoming.

It was "a combination of human error and inadequate safeguards," the report stated. Besides the officer who sent out the false public alert, the FCC said that two supervisors misunderstood one another. There were also no standard procedures in place to correct the message, exacerbating the mistake by prolonging the public's confusion and panic.

The FCC recommended that emergency management agencies and state entities conduct internal tests in a "controlled and closed environment," require more than one person to confirm the wording of a public alert, and create a plan to use social media as a way of keeping the public informed.

The commission said that the Hawaii Emergency Management Agency frequently conducted exercises, with ballistic missile defense drills occurring six times just eight days before the false alert. That, along with inadequate precautions, increased the likelihood of a false notification.

After the alarm subsided, Rep. Tulsi Gabbard, D-Hawaii, called the incident "unacceptable" in an interview with NPR.

And following the release of the report, FCC Commissioner Jessica Rosenworcel also described the false alert as "unacceptable" in a written statement. "As I said in my testimony, it is essential that we address what went wrong and put policies in place so this does not happen again in Hawaii or anywhere else," she said, adding that, "Fixing this should be a top priority–from working to promote best practices to establishing a mechanism for false alert reporting. We have our work cut out for us."