Accessibility links
Missouri House To Consider Impeaching Gov. Eric Greitens : The Two-Way A special investigative committee released a "beyond disturbing" report with testimony alleging Greitens physically and sexually abused a woman with whom he had an extramarital affair. 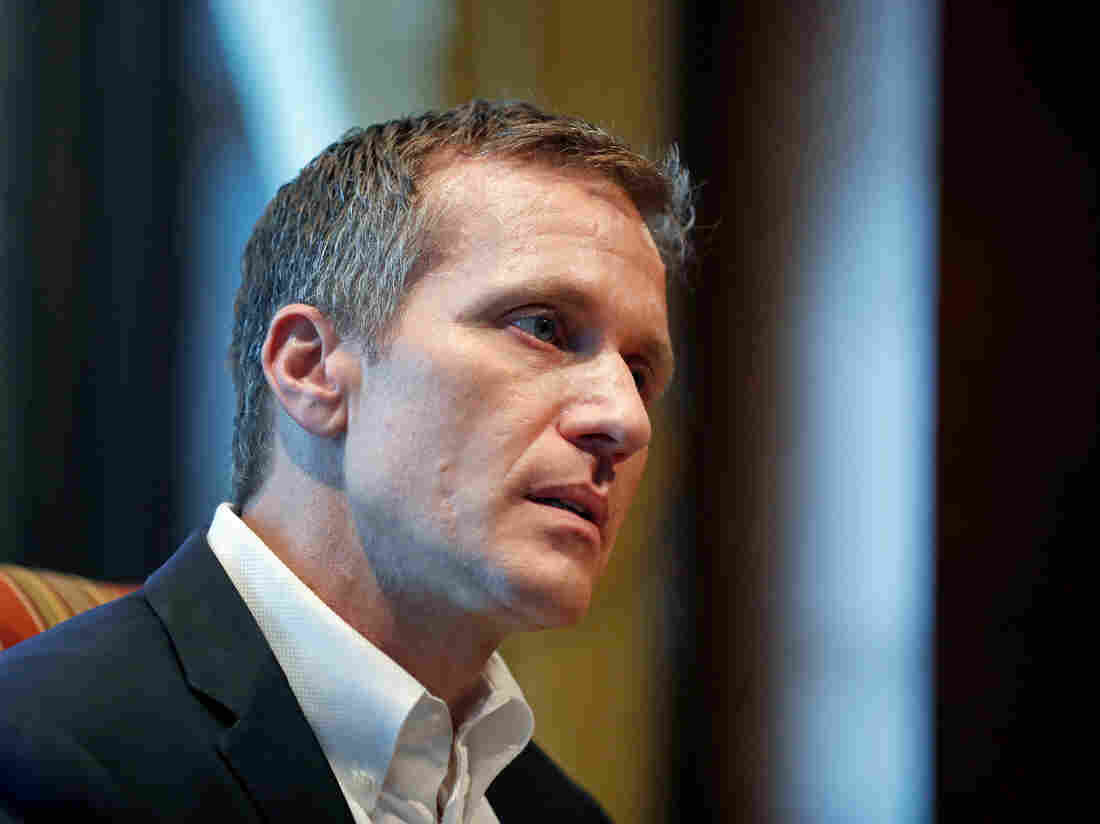 Missouri Gov. Eric Greitens admitted that before taking office he had an extramarital affair but he denies abusing the woman. Jeff Roberson/AP hide caption 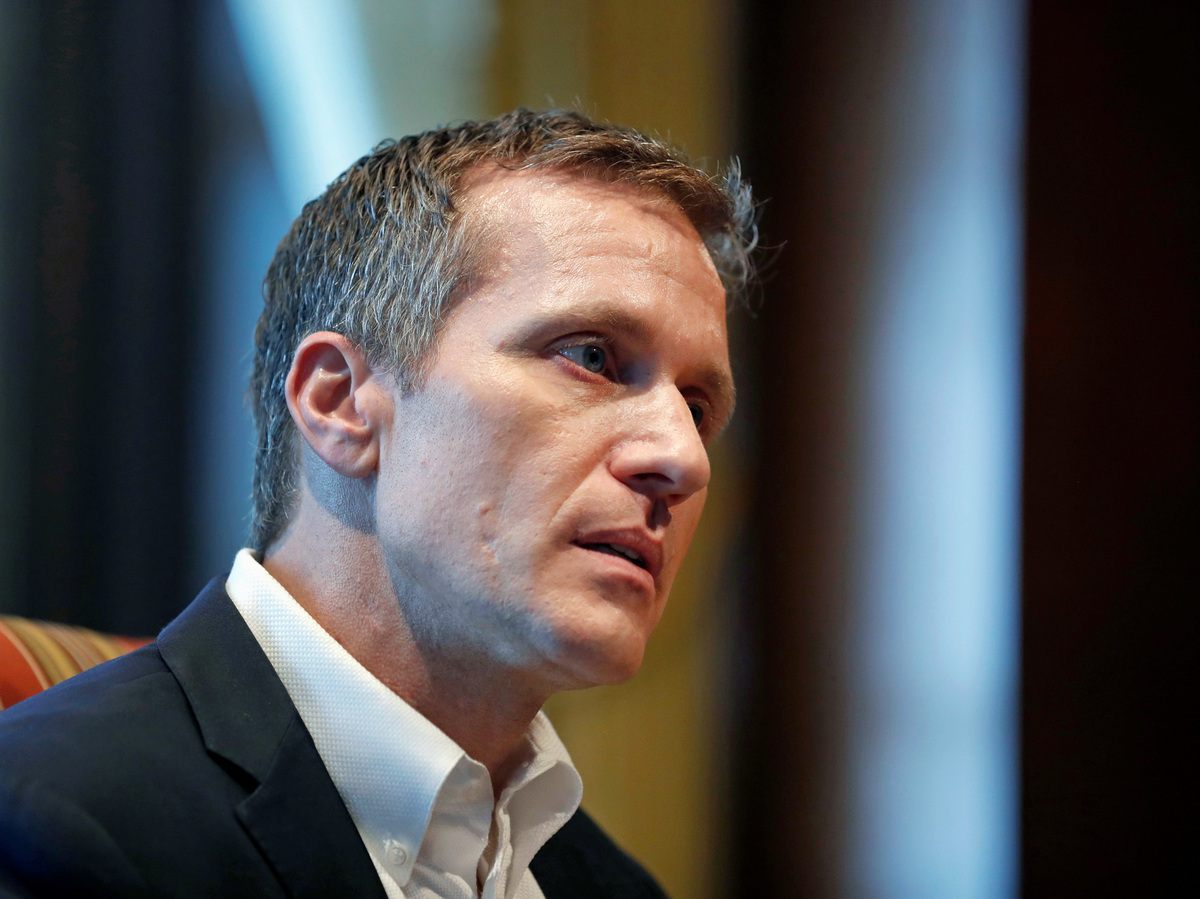 Missouri Gov. Eric Greitens admitted that before taking office he had an extramarital affair but he denies abusing the woman.

A committee of the Missouri state House is expanding its investigation into Republican Gov. Eric Greitens, who admitted to having an extramarital affair with his hair stylist but denies he abused her. The panel will make recommendations about whether to pursue impeachment.

The decision follows an explosive 24-page report that was released on Wednesday by the House's Special Investigative Committee on Oversight. The document contains testimony from "Witness 1," a woman who alleged that Greitens subjected her to sexual and physical abuse.

She testified that during their first encounter in 2015, "for whatever reason, I trusted him" but that she didn't want to "do anything physical with him." Nevertheless she said that is what ensued.

Ultimately, she testified, he took a partially nude photo of her without her consent and threatened to make it public if she revealed their affair because he wanted to protect himself while he was running for office.

When she later confronted Greitens, she said, he told her that he erased the photo because he "felt bad" about taking it. The committee said it does not have physical evidence of an image or its transmission. Greitens was indicted on one count of felony invasion of privacy in February.

The report also laid out how the woman told her now ex-husband about her interaction with Greitens. While secretly recording the conversation, the husband said, "You've been half-raped and blackmailed" and she agreed. Her spouse gave pieces of their discussion to media outlets in December 2017 and the recordings corroborated her testimony, said the committee.

Two other witnesses related details that were consistent with central portions of the woman's testimony, according to the committee. Greitens chose not to testify and didn't produce documents or sworn answers to the committee's written questions.

He has denied the allegations apart from the affair, saying, "The mistake that I made was that I was engaged in a consensual relationship and a mistake for which I am deeply sorry." On Wednesday, he called the investigation "a political witch hunt."

Secretive Nonprofits Back Governors Around The Country

Republican House Speaker Todd Richardson described the testimony as "beyond disturbing" and said that House leaders will decide whether the governor should be impeached in a special session, reported NPR member station KCUR.

The Associated Press reported that the committee would not begin impeachment proceedings before May 18, when the regular legislative session ends. If the House impeached Greitens, a panel of seven judges chosen by the Senate would conduct a trial to determine whether he should be removed from office.

After the report was released, officials in Missouri called for Greitens to resign, including Republican Attorney General Josh Hawley and Democratic Sen. Claire McCaskill.

I have read the official report from the Republican led Missouri House investigation, including the sworn testimony. It is clearly time to put the interests of the people of Missouri first. The Governor should resign.