Accessibility links
Justice Department Will Pause A Legal Advice Program For Detained Immigrants : The Two-Way Officials told a network of nonprofit immigrant-rights advocates that funding will end on April 30. The government said it will review the efficacy of the program but did not offer a timeline. 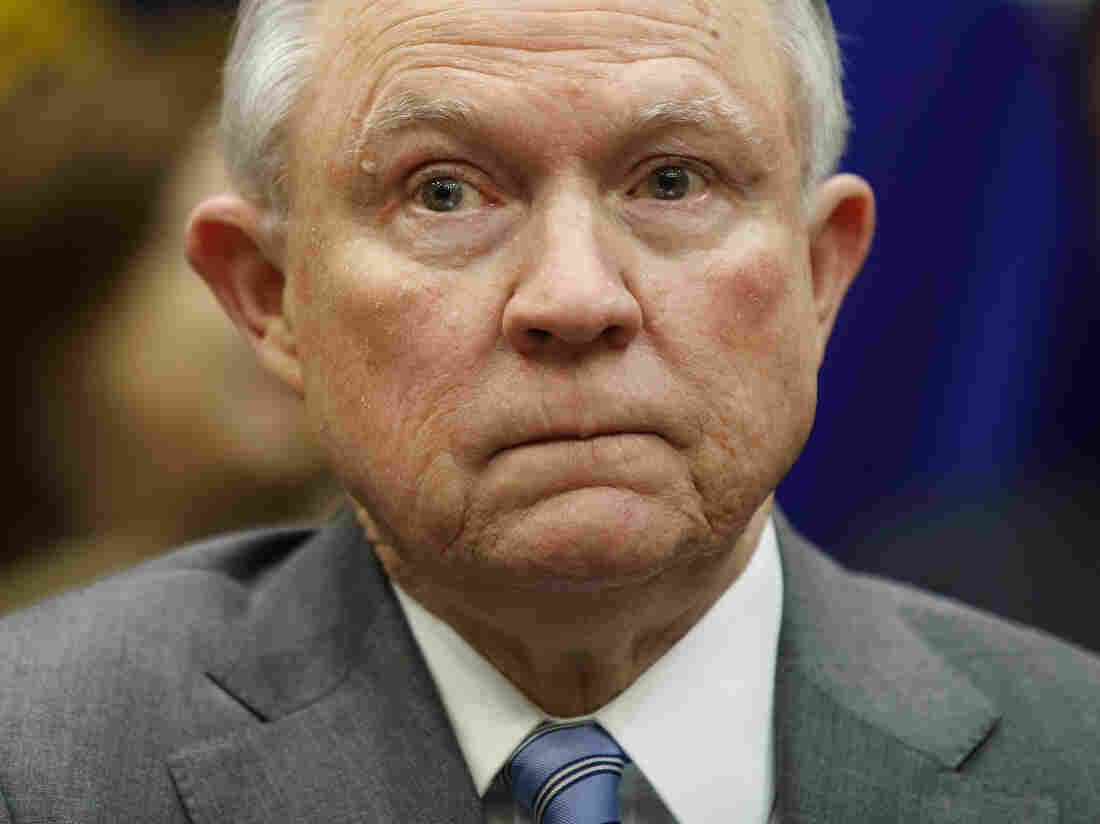 As head of the Department of Justice, Attorney General Jeff Sessions has initiated a series of crackdowns on undocumented immigrants in the U.S. Evan Vucci/AP hide caption 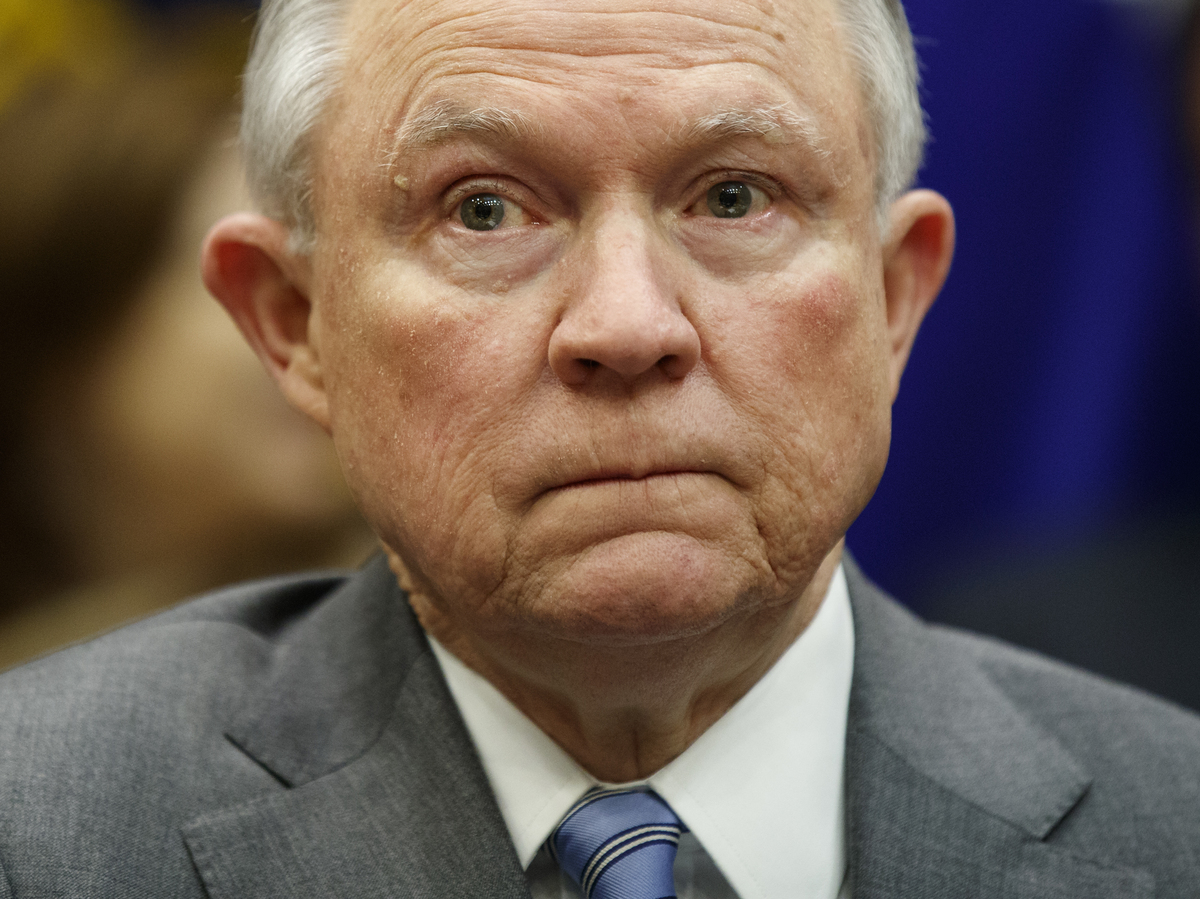 As head of the Department of Justice, Attorney General Jeff Sessions has initiated a series of crackdowns on undocumented immigrants in the U.S.

The Department of Justice will temporarily suspend funding for a legal-advice program for detained immigrants as well as a telephone help line at the end of the month, according to officials.

On Tuesday, the department alerted the Vera Institute of Justice, an immigrants rights organization that runs the Legal Orientation Program and the Immigration Court Helpdesk, that the government needs time to review the effectiveness of the program.

The most recent review occurred in 2012. According to public statements, the annual price tag of the program is about $6 million.

The Justice Department declined to explain why it has chosen to review the program when the contract expires on April 30. Officials also declined to provide a timeline for the review.

According to the Vera Institute of Justice, the program serves more than 50,000 people per year in 38 Immigration and Customs Enforcement detention centers across the country. The nonprofit works with a network of 18 legal aid organizations to provide information in multiple languages about immigrant rights and how the legal system operates.

"Without this program immigrants are effectively being stripped of access to even the most basic information," Claudia Cubas, the litigation director for Capital Area Immigrants' Rights Coalition, told NPR.

Cubas' Washington, D.C.-based group provides services for undocumented immigrants in six detention centers in Maryland and Virginia. In addition to an orientation session explaining terminology and the processes of immigration cases, the nonprofit groups also try to pair individuals with pro bono attorneys who can then represent them in immigration court, Cubas said. In instances where staff members take on cases, Cubas said, the lawyers are not paid through the government program.

The program was created in 2003 under President George W. Bush.

"Without this funding, we don't know if we'll be able to respond to the growing detention population that we're seeing at a local level. And given concerns about the immigration court backlog this is an incongruous decision because studies show people who get legal help can more quickly make decisions about their case," she said.

A 2012 cost analysis by the Justice Department's Executive Office for Immigration Review concluded that 94 percent of detained migrants who were provided services on or before the day of their first immigration court hearing spent 11 fewer days in ICE detention and completed their immigration proceedings 16 days faster than those who did not.

The same study found that the program created a net savings for the government of nearly $18 million.

In recent months, the Justice Department has made several changes to the nation's immigration courts intended to clear a vast backlog, now estimated to be about 685,000 cases, according to Syracuse University.

The Department of Justice also announced last week that immigration judges' job performance will be evaluated by how quickly they close cases.