Accessibility links
Pope Apologizes For 'Serious Mistakes' In Handling Of Chile's Sex Abuse Scandal : The Two-Way In a public letter, Francis says he misjudged the situation surrounding Chile's Bishop Juan Barros, who has been accused of helping cover up abuse. 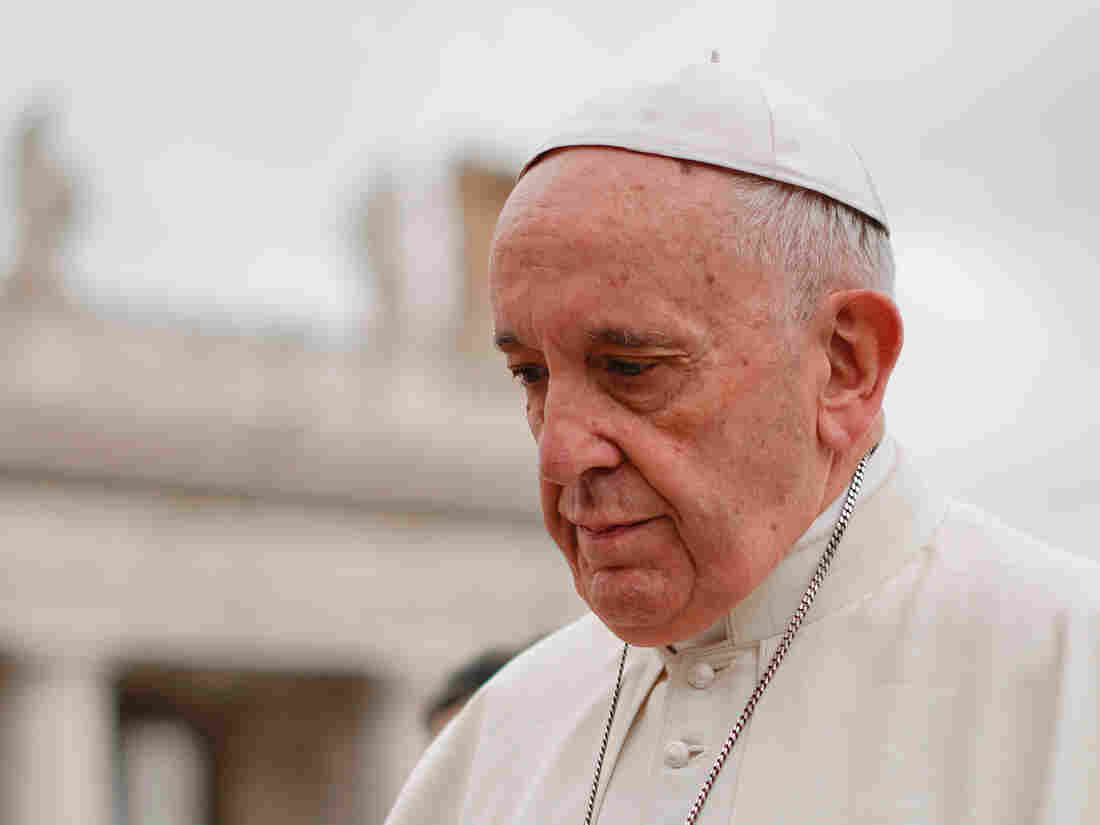 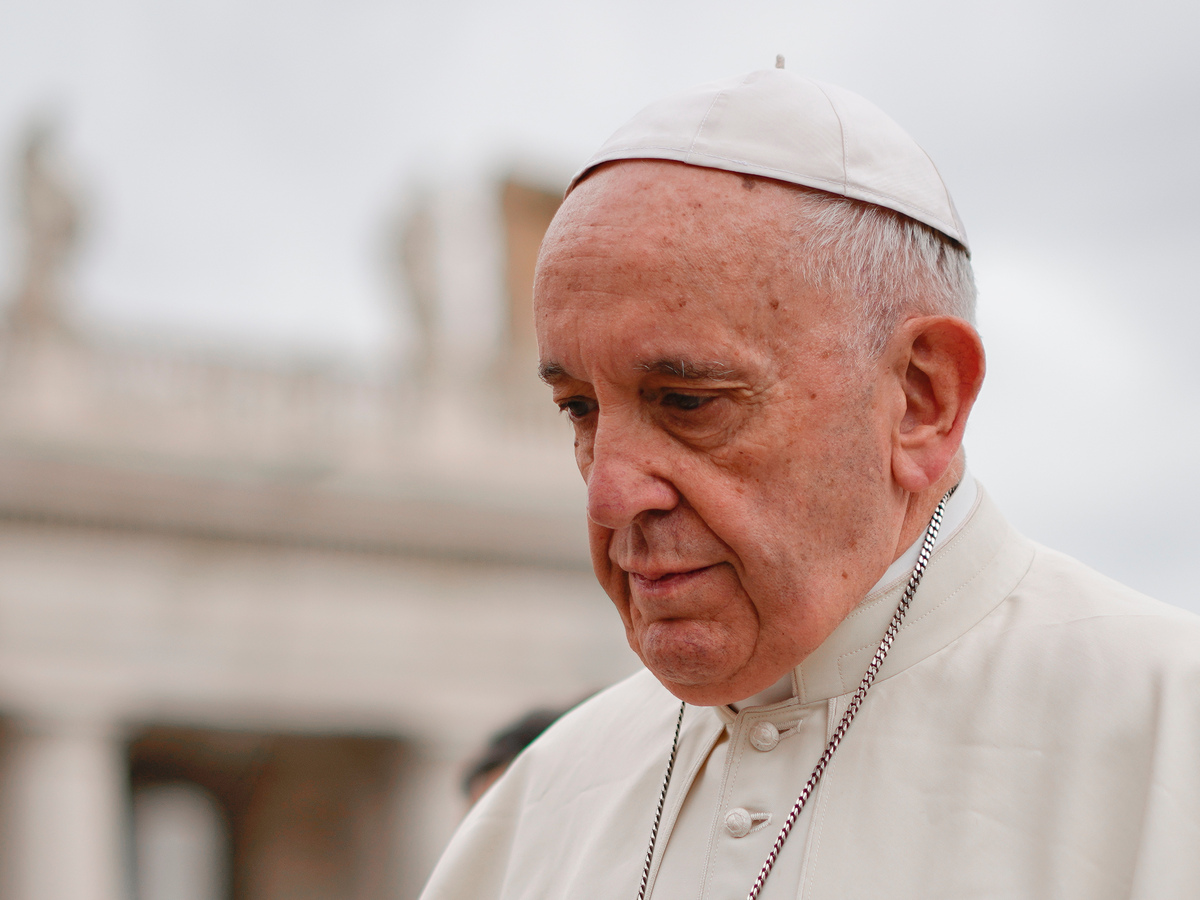 Pope Francis arrives in St. Peter's Square at the Vatican for his weekly general audience on Wednesday.

Pope Francis has acknowledged "serious mistakes" in his handling of Chile's sex abuse scandal and summoned the country's bishops to an emergency meeting in Rome to discuss the matter.

Francis blamed a lack of "truthful and balanced information" for misjudging the situation concerning Bishop Juan Barros, who he appointed to the small diocese of Osorno in 2015 despite allegations that he had helped cover up abuse by his mentor, the Rev. Fernando Karadima.

Karadima was dismissed in 2011 after being found guilty by the church of abusing dozens of minors dating back to the 1980s. Following a canonical investigation, he was sentenced to a "life of prayer and penance" for his crimes.

"I ask forgiveness of all those I have offended and I hope to be able to do it personally in the coming weeks," the pope said in the letter released by the Vatican on Wednesday.

Francis said the bishops need to "re-establish confidence in the church, confidence that was broken by our errors and sins, and heal the wounds that continue to bleed in Chilean society."

Catholic News Service says, "Several [abuse] survivors apparently have been invited to the Vatican to meet the pope."

However, there was no indication whether or not Barros would stay on in his post.

As NPR's Bill Chappell reported during the pope's visit to Chile in January:

"Pope Francis has accused victims of sexual abuse in Chile of slander, saying their attacks on a bishop who's accused of covering up the abuse amount to 'calumny.' The remarks triggered anger and demonstrations in Chile, where several churches have been firebombed in the past week.

On the last day of his visit to Chile, Francis set the simmering resentment some hold against the Catholic Church to a full boil with his defense of Bishop Juan Barros."

"I am convinced he is innocent," the pope insisted at the time.

The remarks in Chile highlighted concerns about the pope's commitment to combating sexual abuse by members of the Catholic clergy — an issue that has undermined the Church's moral authority in much of the world.

The following month, however, Francis dispatched Archbishop Charles Scicluna to lead an investigation in Chile that interviewed dozens of witnesses. The pope said when his envoys handed him the report, they were "overwhelmed with the sorrow of so many victims of grave abuses of conscience and power and, in particular, of sexual abuse committed by several consecrated persons against minors."

Francis said he feels "pain and shame" for the "crucified lives" of abuse victims.

"The Chilean bishops are meeting this week for a plenary assembly. Francis says he wanted to write to them now to 'humbly request' their help 'in discerning the short, medium and long term measures to be taken to reestablish ecclesial communion in Chile, with the objective to repair the scandal as much as possible and restore justice.'

He then says he plans to call them to Rome to discuss his 'conclusions' after reading the report Scicluna prepared following his February visit to the country."

The issue of the church's handling of sex abuse is expected to be high on the agenda of the pope's visit to Ireland in August.