Accessibility links
Chemical Weapons Watchdog Backs British Findings On Nerve Agent Attack : The Two-Way The Organization for the Prohibition of Chemical Weapons also noted the poison used against the Skripals "was of high purity." The U.K. has concluded a state actor — namely, Russia — carried it out. 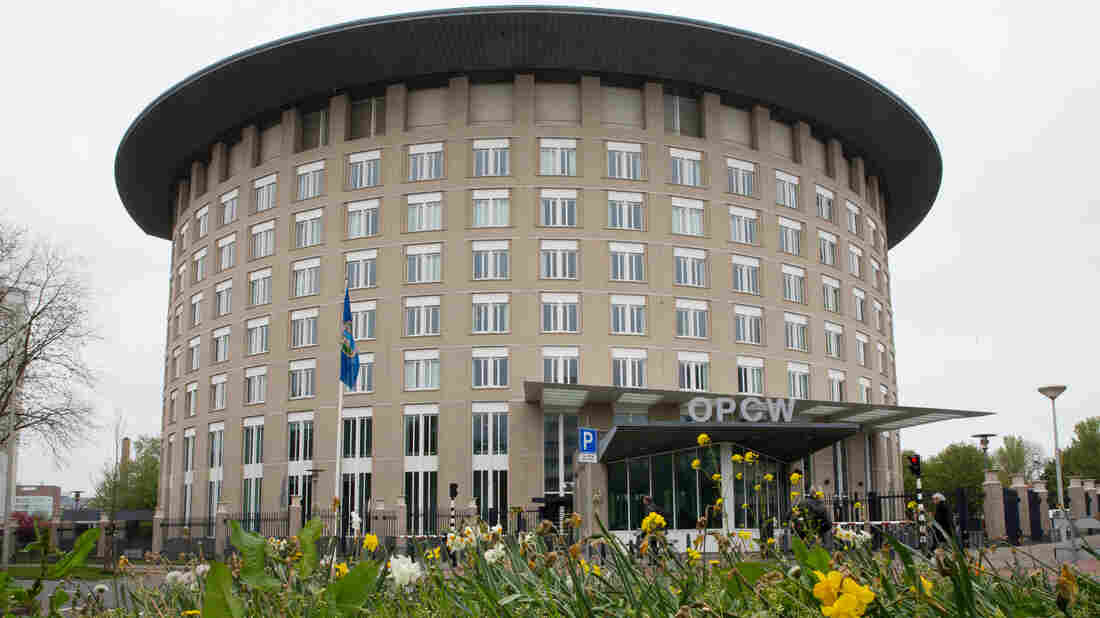 The Organization for the Prohibition of Chemical Weapons says the poison used against Sergei and Yulia Skripal "was of high purity." The U.K. has concluded a state actor — namely, Russia — carried out the attack. Peter Dejong/AP hide caption 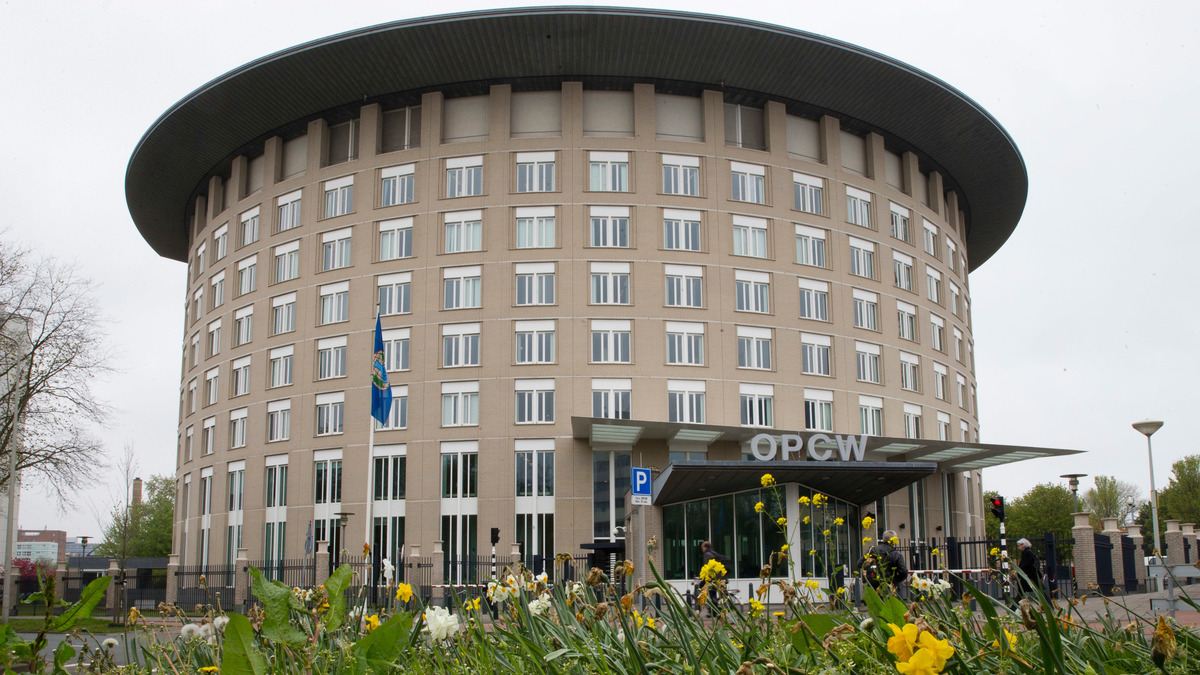 The Organization for the Prohibition of Chemical Weapons says the poison used against Sergei and Yulia Skripal "was of high purity." The U.K. has concluded a state actor — namely, Russia — carried out the attack.

The Organization for the Prohibition of Chemical Weapons says it has confirmed the U.K.'s findings on the identity of the poison used against a former Russian spy and his daughter last month. The international watchdog's hotly anticipated report Thursday also noted that the toxic chemical — which the group declined to name in the unclassified report — had an "almost complete absence of impurities."

Based partly on this high purity, the U.K. has concluded that only a state actor could have carried out the attack on Sergei and Yulia Skripal. British authorities have explicitly identified the substance as novichok, a military-grade nerve agent developed in the Soviet era and intimately associated with Russia.

"There can be no doubt what was used and there remains no alternative explanation about who was responsible — only Russia has the means, motive and record," British Foreign Secretary Boris Johnson said in a statement celebrating the OPCW report.

"In the interest of transparency, and because unlike the Russians we have nothing to hide," Johnson added, "we have asked the OPCW to publish the executive summary for all to see and to circulate the full report to all state parties of the OPCW, including Russia."

In recent weeks, British authorities — along with roughly two dozen countries, including the U.S. — have expelled scores of Russian diplomats in retaliation.

The Kremlin, for its part, has vehemently denied the allegations as fabrications and expelled diplomats in turn. And there was no change Thursday in the steadfast refusal that Russia was involved.

"We do not have any grounds not to think that [the OPCW report] is a continuation of a provocation carried out by British special services," Russian Foreign Ministry spokeswoman Maria Zakharova said Thursday during a weekly news conference.

Russian Chemist Who Developed Nerve Agents Has No Doubt Moscow Is Behind U.K. Attack

Russian Chemist Who Developed Nerve Agents Has No Doubt Moscow Is Behind U.K. Attack

Meanwhile, the Skripals themselves have been showing significant signs of recovery since they were discovered slumped on a public bench on March 4.

Yulia Skripal, 33, left the hospital Monday and — as NPR's Scott Neuman and Peter Kenyon noted earlier Thursday — has turned down help from the Russian Embassy in the U.K. Her 66-year-old father remains hospitalized, though hospital officials announced last week that he too is "improving rapidly."

But the fallout from Thursday's OPCW report is far from finished. The U.K. mission to the United Nations announced it is asking for a Security Council meeting to discuss the findings next week.