Accessibility links
Magnetic Fields Are A Big Predictor Of A Loggerhead Turtle's Genes : The Two-Way You might expect turtles that live near each other or in similar environments would be genetically similar. But new research shows that magnetic fields actually have more to do with genetic likeness.

Magnetic Fields Are A Big Predictor Of A Loggerhead Turtle's Genes

Magnetic Fields Are A Big Predictor Of A Loggerhead Turtle's Genes 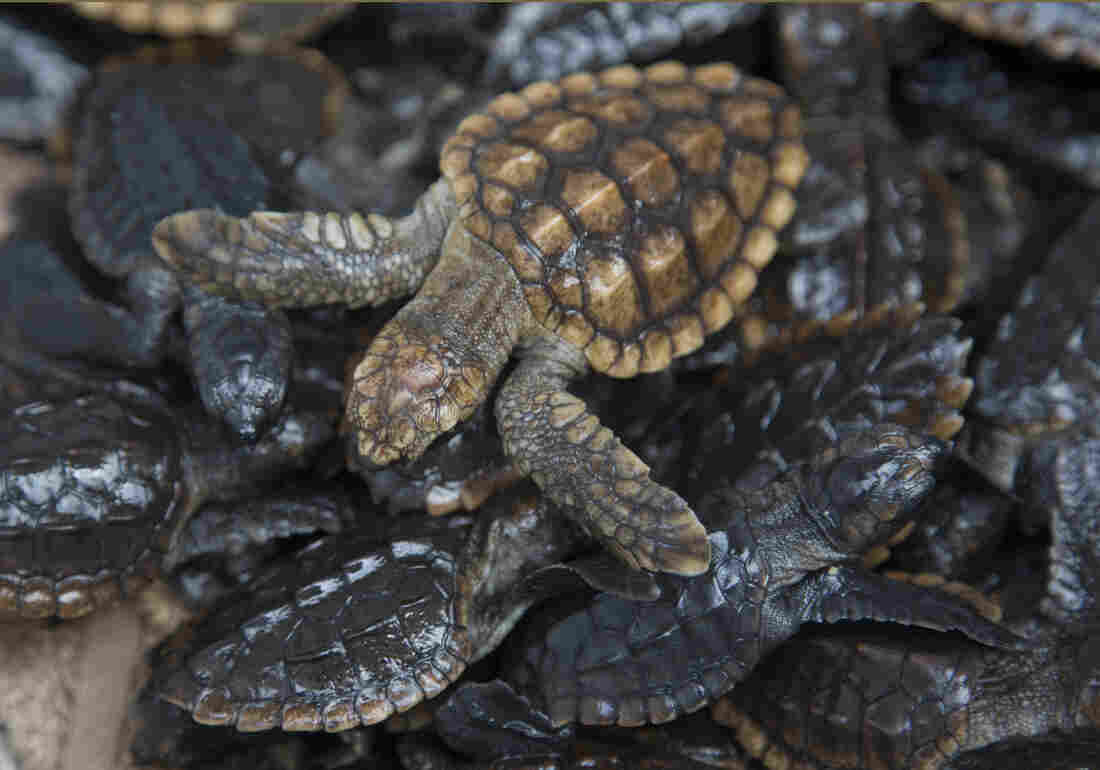 Loggerhead sea turtle hatchlings are packed into containers at the Gumbo Limbo Nature Center before being taken to a U.S. Coast Guard vessel for release in Boca Raton, Fla. Wilfredo Lee/AP hide caption 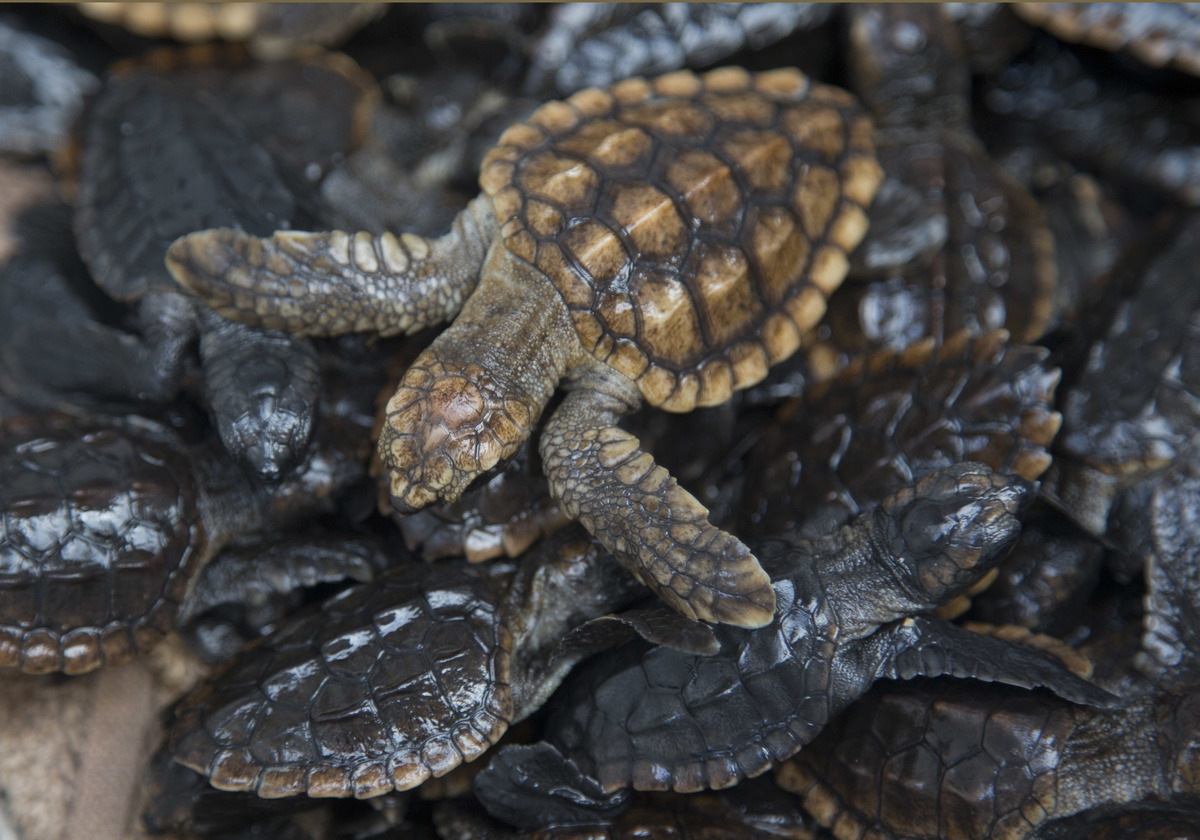 Loggerhead sea turtle hatchlings are packed into containers at the Gumbo Limbo Nature Center before being taken to a U.S. Coast Guard vessel for release in Boca Raton, Fla.

What makes a group of animals genetically similar to each other?

But loggerhead sea turtles appear to have broken that common wisdom. Their genetic similarities are closely linked to the magnetic field of the nesting area where they were born, according to new research from scientists at the University of North Carolina, Chapel Hill, published in Current Biology.

And that magnetic imprinting is a better indicator of genetic similarity than that of groups of turtles that live near each other or in similar environments, says J. Roger Brothers, the lead author of the study.

"A lot of different animals including sea turtles detect Earth's magnetic field and then derive navigational information from it and use it to find their way across or throughout long-distance migrations," Brothers says.

Turtles likely "imprint" to the magnetic field of their nesting area at a very young age or even before they hatch. This acts like a kind of compass for them, he says, even as they leave the East Coast of the U.S. and travel hugely long distances, in some cases all the way to Africa.

The turtles "are able to derive positional information or know something about where they are in the world based on the local magnetic field that they sense," Brothers says. They're using it to find their way home.

It makes sense that turtles returning to their birthplace would be genetically similar to each other.

But here's the twist: It appears that sometimes, they get confused. Some beaches in Florida are on opposite sides of the peninsula, Brothers says, but have similar magnetic fields.

That's probably why Brothers' research found that turtle populations are most likely to be genetically similar when they come from beaches with magnetic similarities.

"It's through these navigational errors that we might see a population structure where, regardless of geographic distance or environmental similarities between the two nesting beaches," he says. "The difference in the Earth's magnetic field is a really strong predictor of how genetically similar or different the two nesting populations are."

The scientists used data collected from 834 nesting females in 20 different locations along the southeastern coast of the U.S.

"It's good to know why animals are going to certain places, especially to reproduce," Brothers says. The findings have some implications for conservation efforts — it could be bad for the animals if the magnetic field of a turtle nesting area is disrupted or changed.

"And that can be anything from large hotels or sea walls that have rebar and metal in them that can disrupt magnetic fields," Brothers adds.

There are many animals that use the Earth's magnetic field to navigate. Brothers says that the finding about genetic similarities of animals from places with similar magnetic signatures is probably also true for other kinds of turtles, as well as salmon, elephant seals, and some species of shark.