Accessibility links
Game Of Thrown Barrels: In Shocking Twist, Scandal Fells Donkey Kong Royalty : The Two-Way Billy Mitchell, one of the two bitter rivals in 2007's King of Kong, just had his high scores stripped by video game record keepers — including a historic (and disputed) score featured in the film. 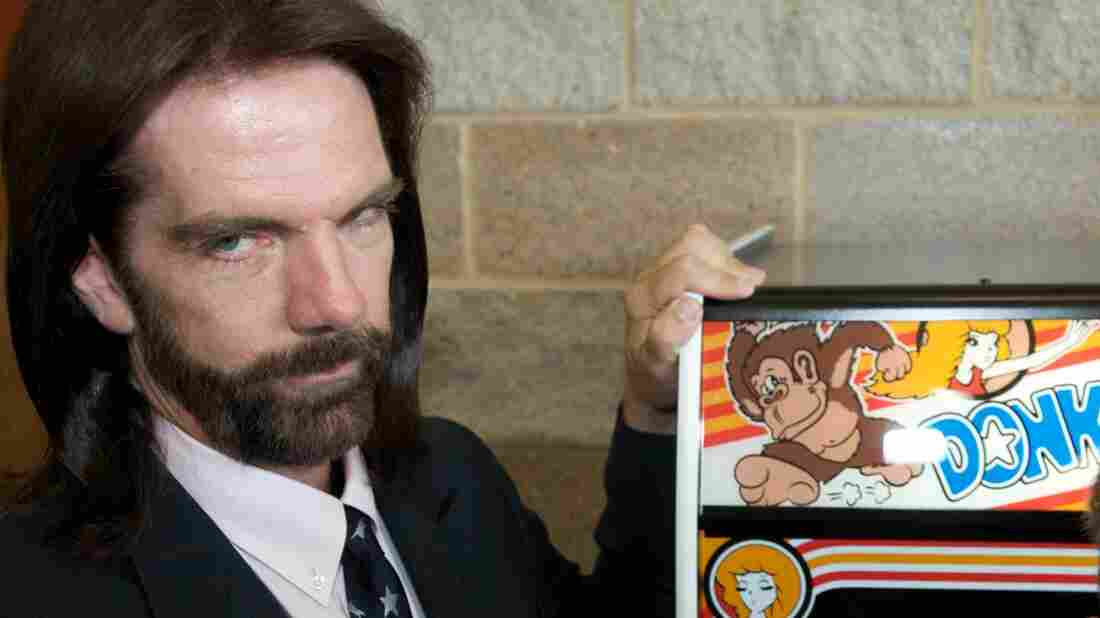 Billy Mitchell, described once as "Video Game Player of the Century," poses for a portrait in front of Donkey Kong in Ottumwa, Iowa, in 2009. David Greedy/Getty Images hide caption 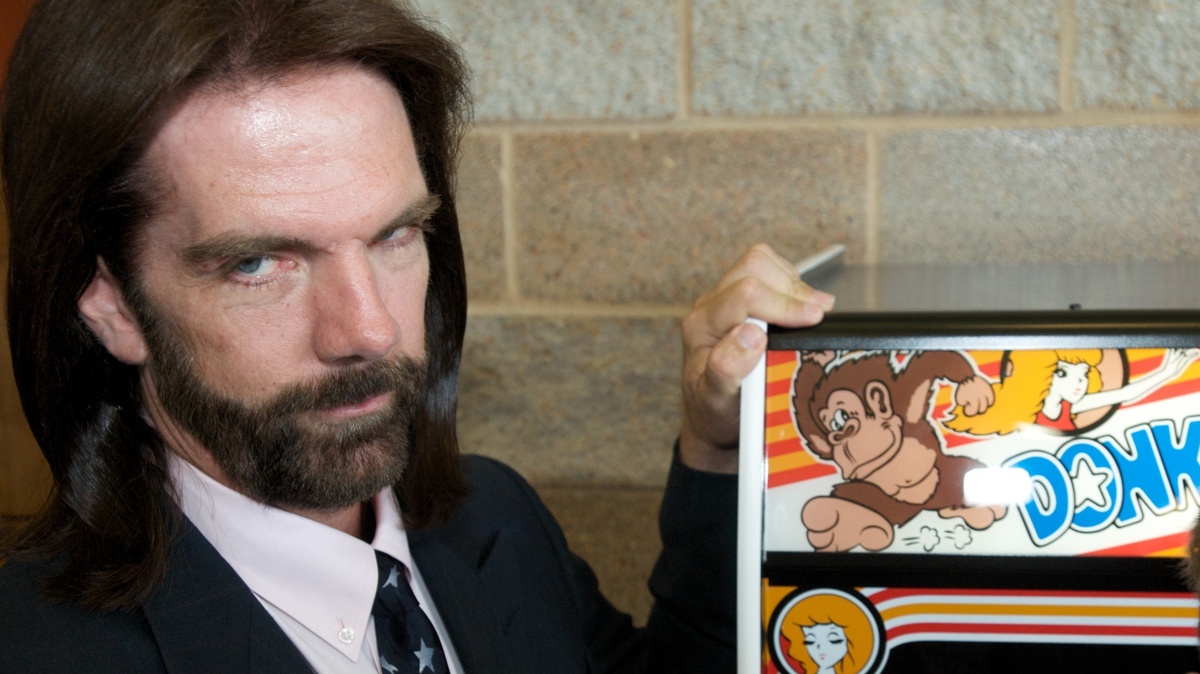 Billy Mitchell, described once as "Video Game Player of the Century," poses for a portrait in front of Donkey Kong in Ottumwa, Iowa, in 2009.

Billy Mitchell, an arcade virtuoso whose symphonies with the joystick once won him the title "Video Game Player of the Century," has been cast down from the heights of the high score lists. The organization that tracks video game world records announced Thursday that it is removing his records and banning him from future leaderboards.

Twin Galaxies has concluded — after an investigation lasting more than two months — that Mitchell set some of his best-known records on improperly modified software, not the original, unmodified arcade games mandated under the organization's rules.

Among those stripped records is the one that arguably gained him his greatest fame: his 1,047,200-point performance in Donkey Kong, which made him the first to crack 1 million points in the 1981 classic and which played a pivotal role in the 2007 documentary The King of Kong.

That score gave him the advantage in his rivalry with Steve Wiebe, the man who had been striving to topple Mitchell from the top spot he had owned off and on for some two decades. But it never quite quieted skeptics' suspicions, especially given the fact that it had been recorded in private. 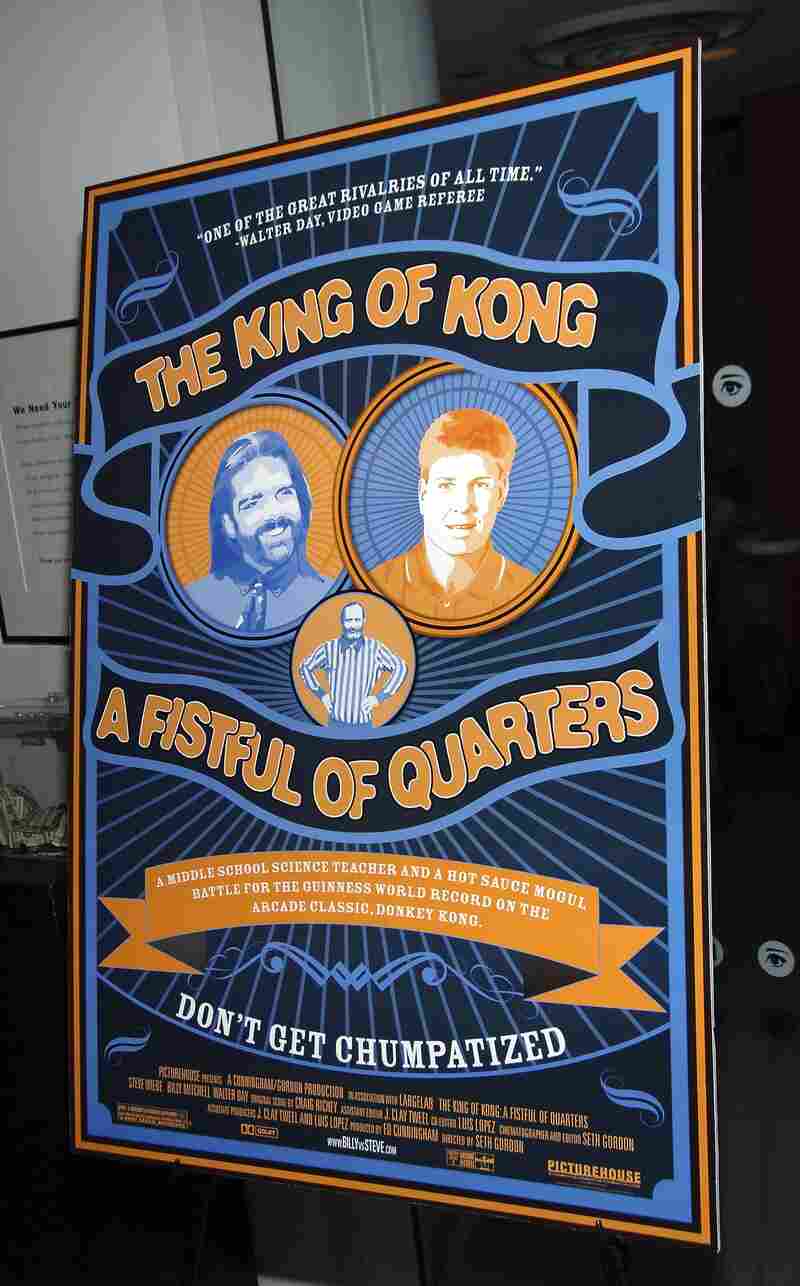 A film poster for The King of Kong stands at the documentary's 2007 premiere in New York City. Andrew H. Walker/Getty Images hide caption 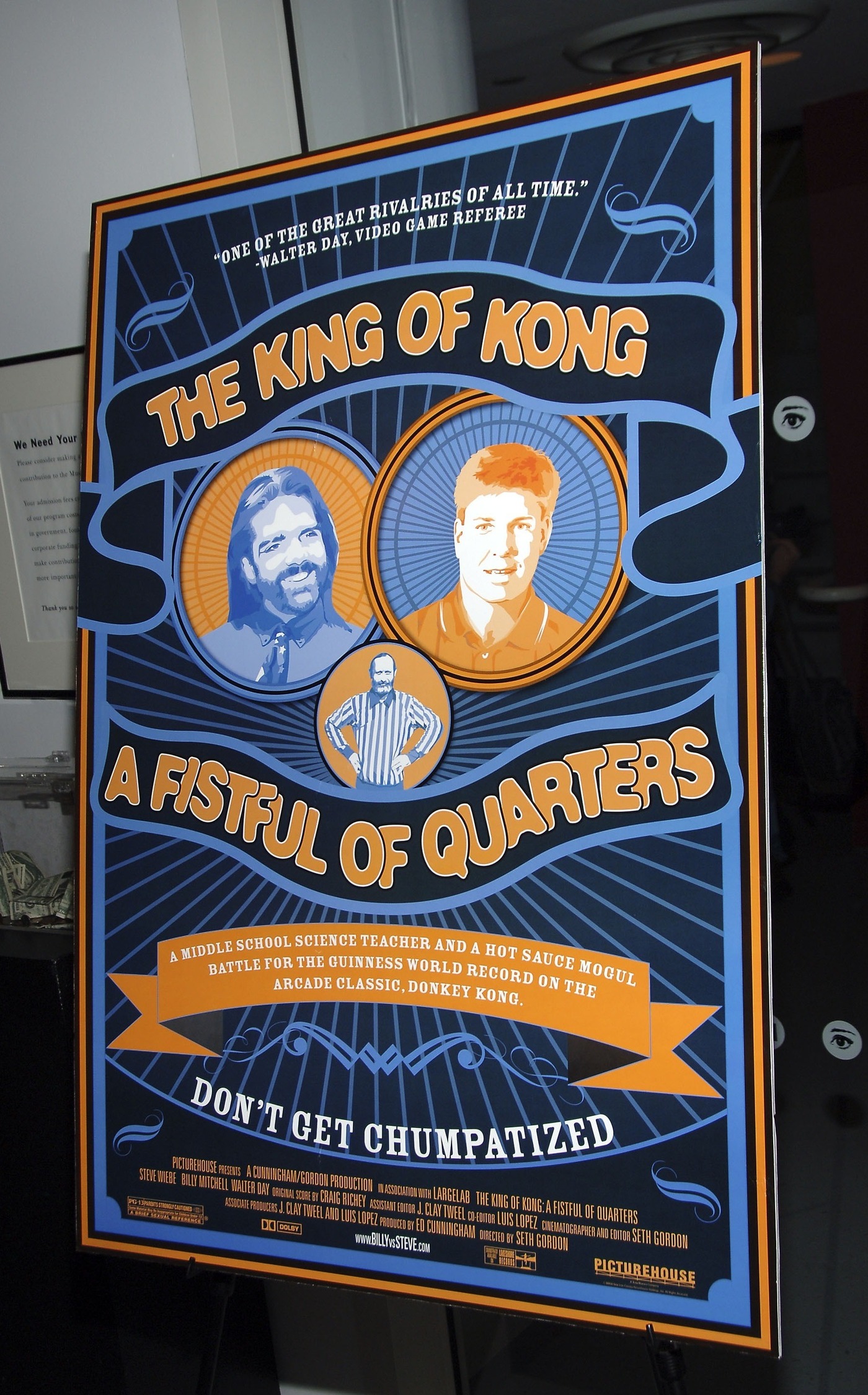 A film poster for The King of Kong stands at the documentary's 2007 premiere in New York City.

Now, more than a decade later, Twin Galaxies is overturning its original decision to accept the score. The group says Jeremy Young, the moderator of Donkey Kong Forum, filed an in-depth claim in early February that prompted the self-appointed arbiters to reconsider. And they say their new ruling, reached after a long investigation of their own, is backed by several third-party investigators — including one enlisted by Mitchell himself.

Young explained to Polygon back in February why the difference between playing on emulator and playing on original hardware is such a big deal.

"The potential advantages given by emulation (in the form of cheating) make it absolutely necessary to have clear requirements to determine the authenticity of any performance," Young added.

Some viewers may cheer the dramatic reversal of fortune, given that Mitchell's talent at pushing buttons — and not just the ones in the arcade — got him something of a polarizing portrayal in the film.

But at the same time, we've got some news for viewers who haven't tuned in to the cutthroat world of competitive Donkey Kong since the film's release: Both titans have been tossed from the top tier, like so many barrels loosed from the arms of an angry ape. The AV Club noted in February, at the time the claim was filed, that neither man was even in the top 10 of Twin Galaxies' expert skill index, and Wiebe occupies a still-respectable 13th on the list as of this writing.

Mitchell's name is already nowhere to be found.

And it appears this ruling has already begun to affect Mitchell's other coin-op wonders, including his perfect score in Pac-Man in 1999 — once recognized by Guinness World Records as the first ever recorded — and his highest score in the game.

"Twin Galaxies was the original source of verification for these record titles," a Guinness World Records spokesperson said in a statement to NPR on Friday, "and in line with their decision to remove all of Mr. Mitchell's records from their system, we have disqualified Mr. Mitchell as the holder of these two records."

The organization added that it is now seeking out the appropriate record holders.