Accessibility links
Head Of Swedish Academy Steps Down Over Handling Of Sex Abuse Allegations : The Two-Way Permanent Secretary Sara Danius resigned on Thursday from the institution that awards the Nobel Prize for literature. 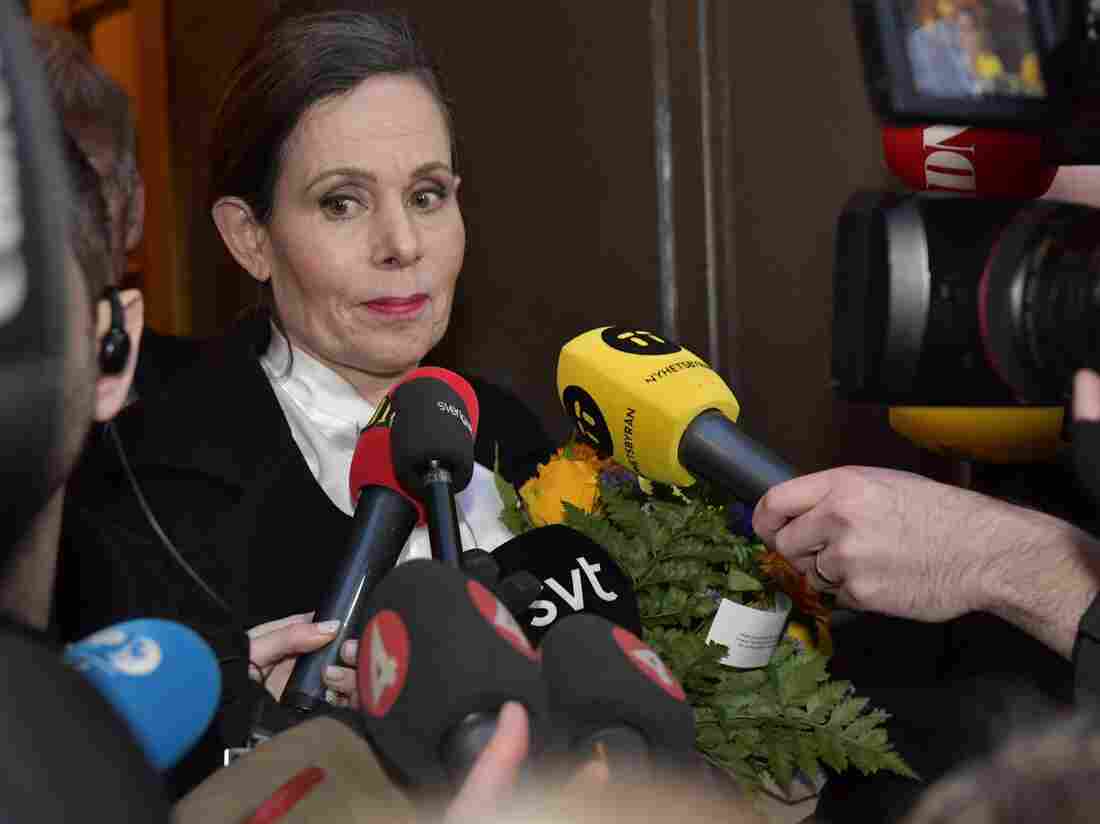 The Swedish Academy's Permanent Secretary Sara Danius talks to journalists as she leaves a meeting at the Swedish Academy in Stockholm, Sweden, on Thursday. Jonas Ekstromer/AFP/Getty Images hide caption 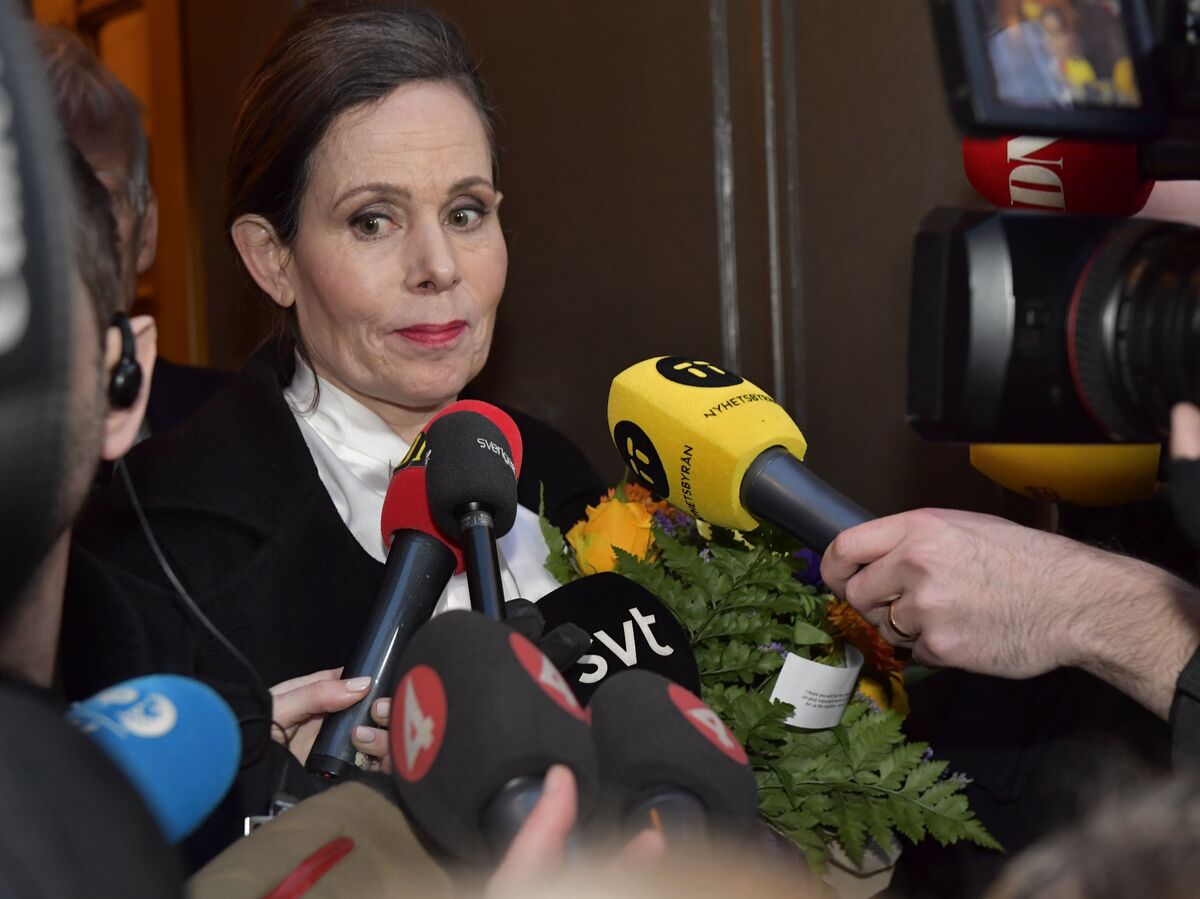 The head of the Swedish Academy, the august body that awards the Nobel Prize for Literature, has stepped down after criticism of the institution's handling of a sexual abuse scandal.

The controversy stems from allegations of sexual assault and harassment against Jean-Claude Arnault, the husband of one of the Academy's members, Katarina Frostenson.

As NPR's Colin Dwyer reported earlier this week, "Those allegations first surfaced when the #MeToo movement hit Sweden last November, and the Stockholm daily Dagens Nyheter reported that the man — whom the newspaper has identified only as 'Cultural Profile' — had allegedly sexually assaulted or harassed at least 18 women over the past two decades."

Arnault has denied the accusations. The Local, a Swedish news website, says Arnault "has also been accused of leaking the names of several Nobel Prize winners before the official announcements."

Danius' exit was preceded by the exit of three other members who withdrew after the 18-member Academy voted not to remove Frostenson. As Reuters notes, "arcane rules ... make appointments for life mean that members cannot technically resign, though they stop participating in activities."

Following the meeting, the institution issued a statement acknowledging that "trust in the Swedish Academy has been seriously damaged" and questioning whether its Nobel board could carry out the 2018 selection for the prize "in a credible manner," according to The Associated Press.

Danius announced her resignation hours after Sweden's king said of the withdrawal of the three members was "deeply unfortunate and risked seriously damaging" the Academy.

"The Nobel body had cut all ties and funding to Mr Arnault, who runs a cultural club in Stockholm, shortly after the allegations came to light.

The Swedish Academy said at the time that it had potentially broken its own rules regulating conflict of interest and appointed a legal firm to investigate its committee members' links with Mr Arnault."