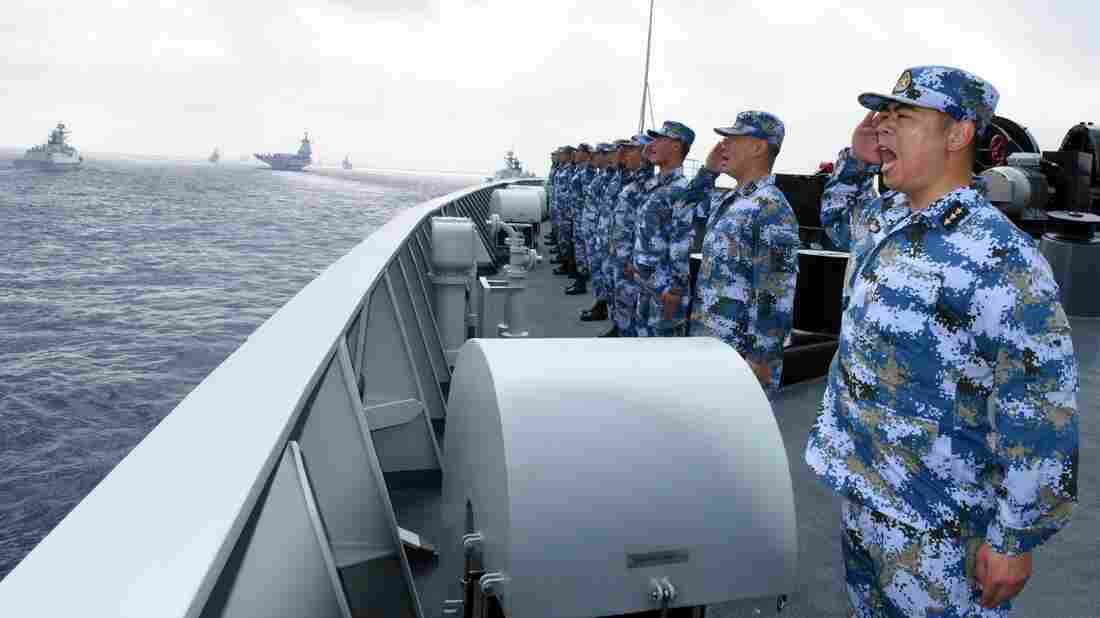 China plans to hold live-fire exercises next Wednesday in the Taiwan Strait. On Thursday, a Chinese navy fleet including the aircraft carrier Liaoning (in background) held a parade in the South China Sea. VCG via Getty Images hide caption 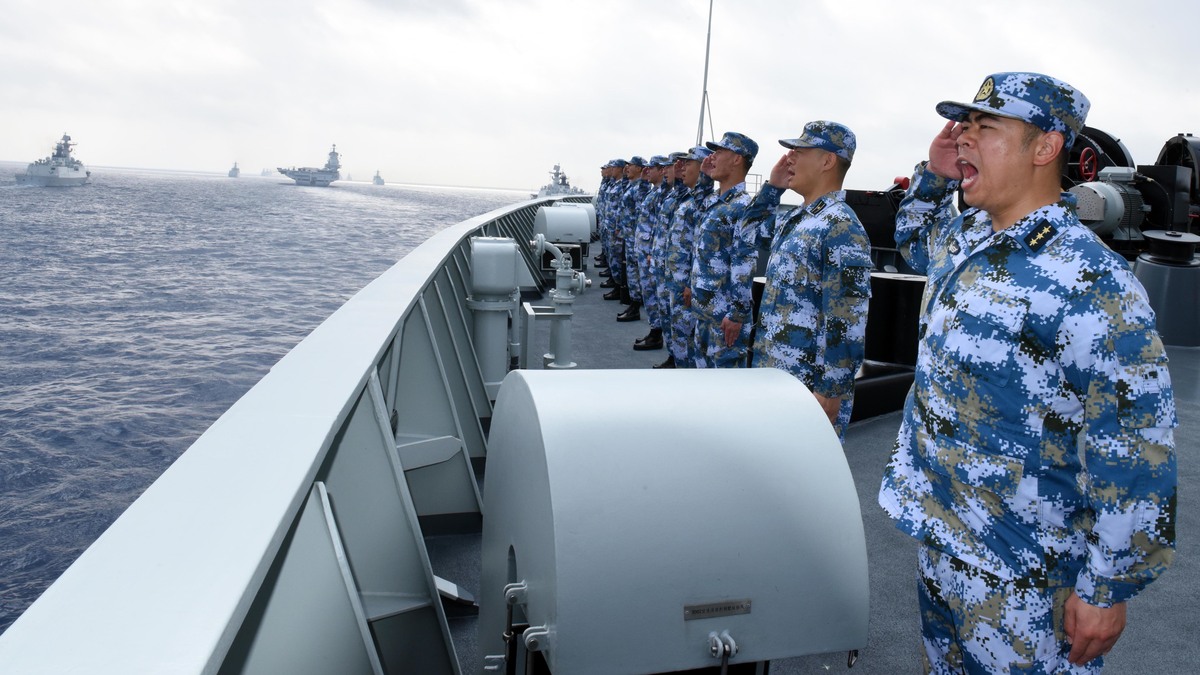 China plans to hold live-fire exercises next Wednesday in the Taiwan Strait. On Thursday, a Chinese navy fleet including the aircraft carrier Liaoning (in background) held a parade in the South China Sea.

Xi wore military fatigues as he stood on the deck of a missile destroyer, reviewing a parade of warships that included an aircraft carrier, submarines, and fighter jets. More than half of the 48 vessels that took part in Thursday's parade were commissioned after 2012, state-run Xinhua News reports.

After the fleet review, Chinese authorities in Fujian Province, which sits in the southeast across the strait from Taiwan, announced the plan to conduct a live-fire exercise.

News of the live-fire drill, which is scheduled for Wednesday, immediately triggered speculation over both the timing, and China's aims.

"Authorities offered no details or explanations, but a number of recent moves by the Trump administration have drawn criticism from China's government," NPR's Anthony Kuhn reports from Beijing. "Those include the passage of the Taiwan Travel Act, which encourages high-level government exchanges between Washington and Taipei."

The last live-fire drill China held in the Taiwan Strait was in September 2015, when the self-governing island was preparing to hold a presidential election.

Led by Xi, China has made modernizing and expanding its navy a priority. On Thursday, he said the Chinese navy has "stood up in the East," according to Xinhua.

The Chinese naval activity is the latest in what has become a back-and-forth of large displays in and around the South China Sea, with U.S. warships conducting their own exercises with allies in the area.

The U.S. 7th Fleet says the USS Theodore Roosevelt aircraft carrier sailed in formation with ships from the Singapore Navy in the South China Sea before holding a drill in which 20 F-18 fighters took off and landed in 20 minutes on Tuesday.

And on Monday, in the East China Sea, the USS Wasp's expeditionary strike group, including a Marine unit, joined a Japanese warship to sail in formation and conduct exercises.