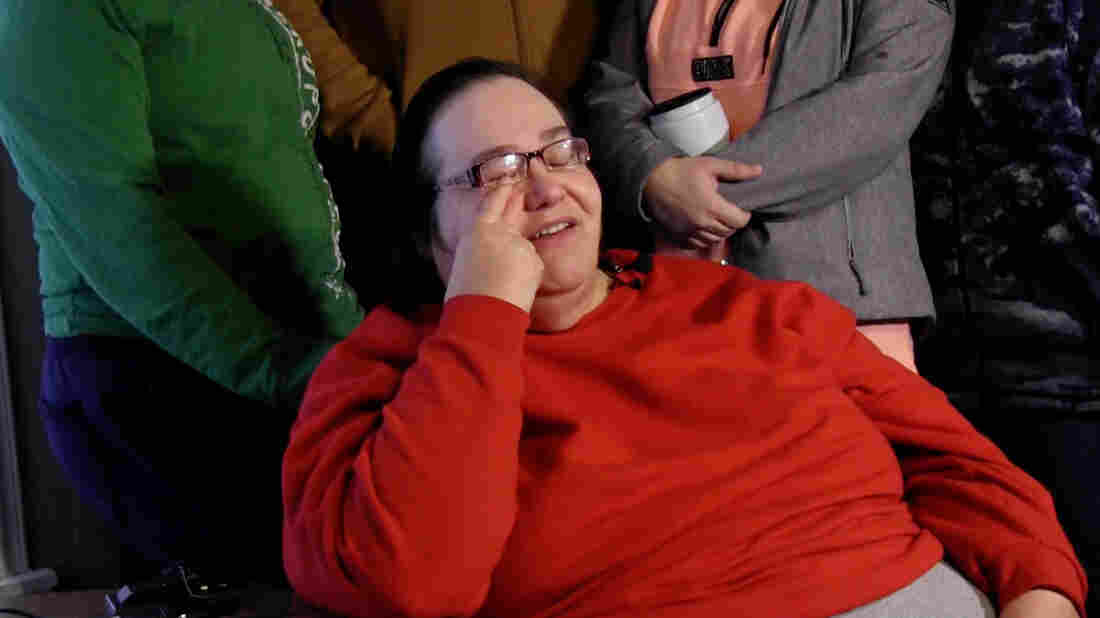 Lisa Finch, surrounded by family members, reacts to the killing of her son, Andrew Finch in December. The police officer who shot Finch will not face charges in the case, which was blamed on a swatting prank. Wichita Eagle/TNS via Getty Images hide caption 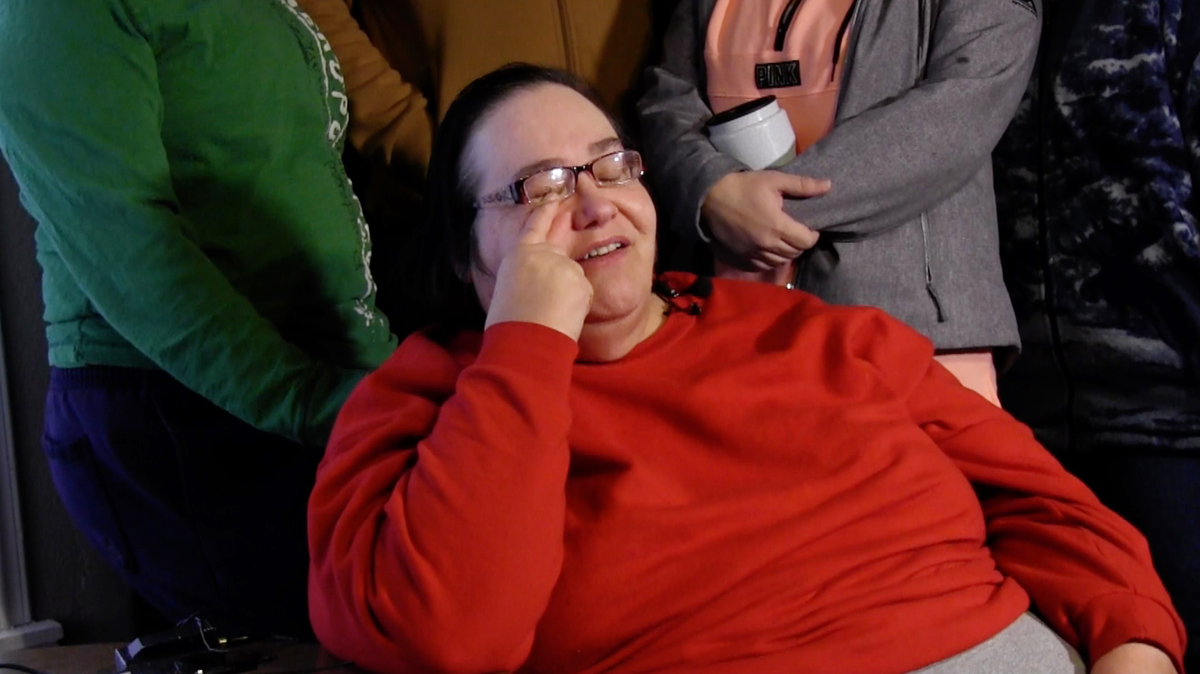 Lisa Finch, surrounded by family members, reacts to the killing of her son, Andrew Finch in December. The police officer who shot Finch will not face charges in the case, which was blamed on a swatting prank.

A Wichita, Kan., police officer who shot and killed a man in a "swatting" prank that went horribly wrong will not face charges over the incident, officials say. Andrew Finch, 28, died after a bogus 911 call brought police to his home days after Christmas.

Finch's relatives disagree with the decision, saying the police should be held accountable. The officer in question has not been publicly identified.

In the 911 call last December, a man told police that he was calling from inside a Wichita house — and that he had just shot his father and was holding other relatives hostage. In reality, police say, the call came from Tyler Barriss, who was arrested in Los Angeles and charged with involuntary manslaughter.

As for why Barriss might have made such a call, multiple reports have described him as a gamer who was angry with an opponent over a small bet in a Call of Duty game. The other player had reportedly given Barriss a fake address — which turned out to be Finch's.

Finch was the father of two young children. When a large police response team arrived at his house early in the evening of Dec. 28, he came outside the house; seconds later, he was killed.

As NPR reported, "Finch appeared at the door to the house and, following verbal commands from the officers, stepped forward with his hands up. At numerous points, however, he reached for his waistband. Fearful that Finch was going for a firearm, an officer discharged one round" and killed him.

Barriss is now in jail in Kansas awaiting trial, but earlier this month, he apparently threatened more swatting, after gaining improper access to the Internet and using a Twitter account with which he's been linked.

Finch's relatives have said they also want accountability from the officers who were involved in his death. The family filed a lawsuit against the city of Wichita and members of the police force. In the media, they've described the ordeal of that night, from having to step over Finch's body to being handcuffed and taken downtown for questioning.

"What gives the cops the right to open fire?" his mother, Lisa Finch, said in January. "Why didn't they give him the same warning they gave us? That cop murdered my son over a false report."

Sedgwick County District Attorney Marc Bennett announced his decision not to file charges against the officer, according to The Wichita Eagle:

"Bennett said he had to make a determination based on Kansas law and law handed down by the Supreme Court, which says that when determining if an officer acted reasonably, evidence has to be reviewed based on what the officer knew at the time of the shooting, not 20/20 hindsight, he said."

After the district attorney opted not to pursue charges, Andrew Finch's aunt, Lorrie Hernandez, said the family has been devastated by his loss — and that the police should bear some of the blame.

"Everything they did that night was wrong," she told KWCH TV News. "Laws were broken. Our rights were just thrown out the window. Nothing was right from that night. Nothing. It has destroyed a family, and how are we even going to go on? It's not right and they don't care."