Accessibility links
LA County To Pay Homeowners To Create Housing For The Homeless : The Two-Way More than 500 property owners applied to receive generous loans to build new units or legalize existing dwellings for the homeless.

LA County To Pay Homeowners To Create Housing For The Homeless

LA County To Pay Homeowners To Create Housing For The Homeless 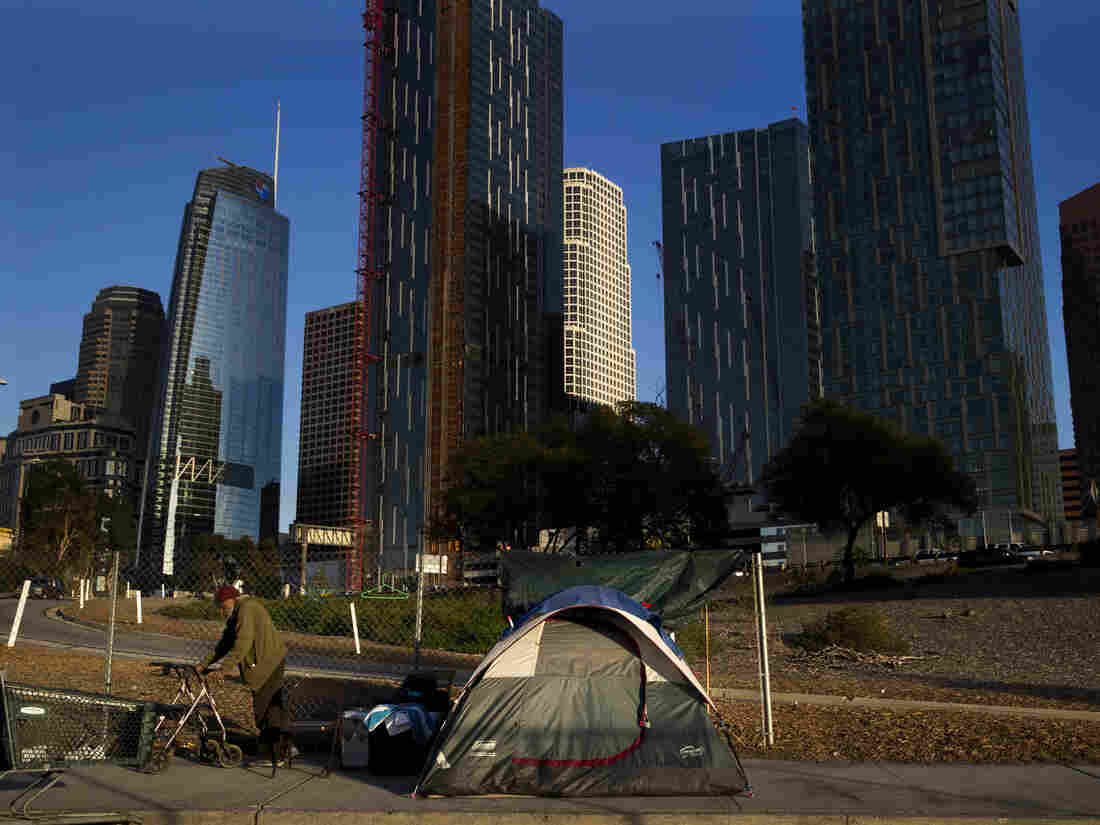 The Los Angeles Homeless Services Authority found the homeless population ballooned to 57,794 in 2017. A new pilot program seeks to pay homeowners to create housing for those in need. Jae C. Hong/AP hide caption 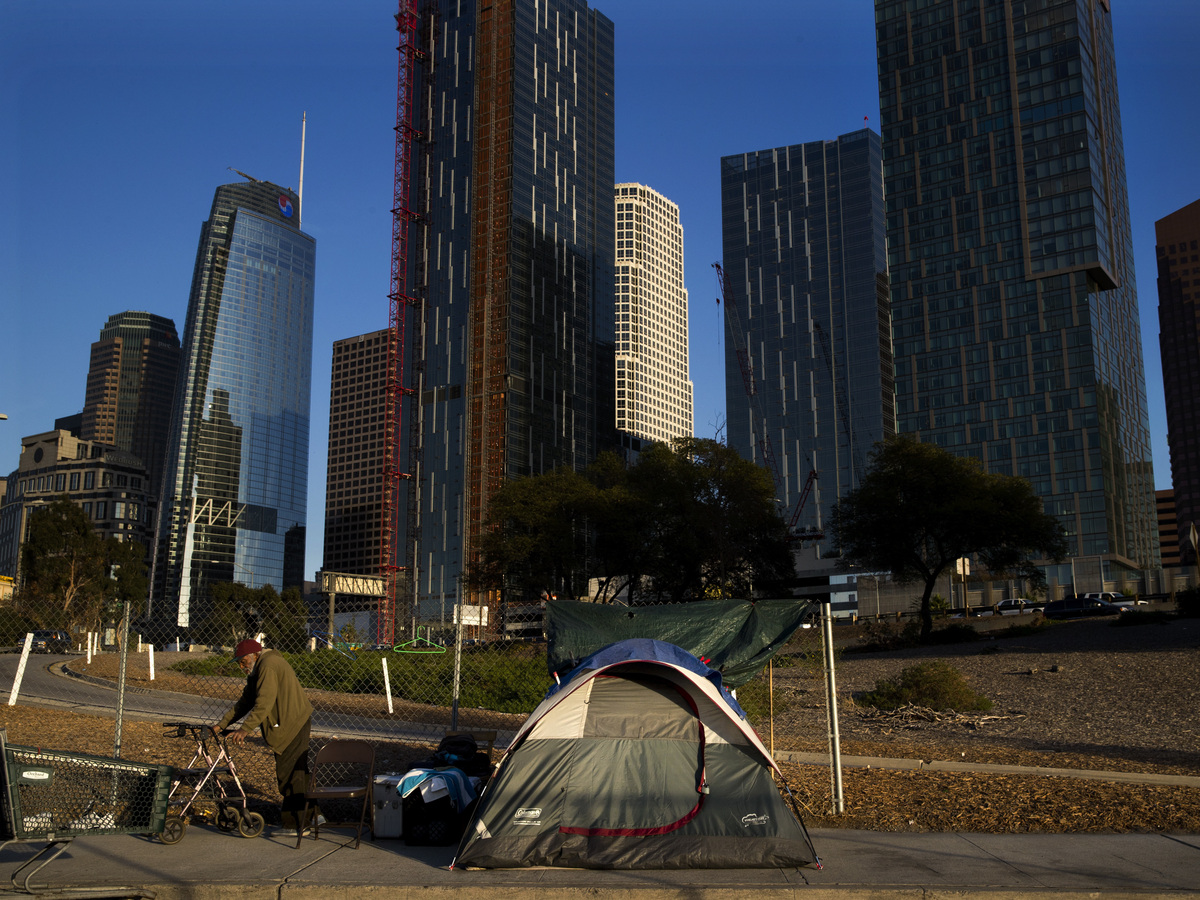 The Los Angeles Homeless Services Authority found the homeless population ballooned to 57,794 in 2017. A new pilot program seeks to pay homeowners to create housing for those in need.

In an attempt to alleviate the soaring homelessness problem in Los Angeles County, officials want to pay homeowners to house people by building new living units or bringing existing dwellings up to code if they are in violation.

It's part of a $550,000 pilot program launched by the LA Community Development Commission to explore new ways to safely and at a relatively low cost, provide housing options for handful of the county's nearly 60,000 homeless residents.

The county Board of Supervisors has narrowed down the pool of applicants from 500 to 27 and is in the final stages of selecting a group of six property owners who are ready and willing to start construction in the fall, according to the LA Times. The county is also leading a design competition for model secondary dwelling units.

Officials will consider whether to expand the program after 18 months.

A report by the Los Angeles Homeless Services Authority found the number of homeless people increased by 23 percent in 2017 to 57,794. It estimates there are approximately 35,000 homeless residents in the city of Los Angeles on any given night.

"People are looking at what they can do to make our neighborhoods more affordable and help more Angelenos find stable places to live," LA Mayor Eric Garcetti told the Times.

Garcetti has been urging property owners to build secondary units, or "granny flats" as they're often called, in their backyards for years. He estimated it could create 50,000 more units if only 10 percent of homeowners would take on the challenge.

"The interest stops accruing after five years in the program, and the loan is forgiven after 10 years. ...

"[The  commission] expects groundbreakings this fall and early next year, with tenants moving in by summer of 2019."

The Times also reported "the loan principal will be reduced each year the unit is occupied by a formerly homeless person and forgiven after 10 years, at which point the homeowners can do as they wish with the housing."

The pilot program seeks to take advantage of changes in state legislation that have eased local building laws and new LA City rules aimed at accelerating the construction of affordable housing, reported Curbed.

Homeowners would also receive rental income provided through Section 8 or other county housing vouchers, Monique King-Viehland, executive director of the county commission told Southern California Public Radio. And landlords have the final on say on potential tenants, though all candidates will be screened by the commission and receive social services, reported the Times.

Los Angeles is only the latest county trying to take on the nation's homelessness crisis by inducing property owners to provide affordable housing.

Multnomah County in Oregon started a similar project last summer where four homeowners agreed to have a small unit built on their lot and pledged to provide housing for pre-screened homeless candidates for at least five years.

While city officials say that LA's easing of regulations can help mitigate the housing shortage, not everyone is on board.

"Every time you add people to a neighborhood, you add a need for city services and a need for parking and all the things that come with added density," Elizabeth Pollock, president of the Del Rey Residents Association told the Times.

She wants the city to crack down and told the newspaper, "she doesn't expect the backyard homes going up near her to help the affordability crisis, because they probably will fetch top dollar in the increasingly expensive Westside neighborhood coveted by tech company employees."