Accessibility links
Kentucky Governor Claims Kids Were Assaulted While Teachers Absent From Classroom : The Two-Way Following an override of key bills he previously vetoed, Gov. Matt Bevin blames the teachers demonstrating in support of the override for making children vulnerable. 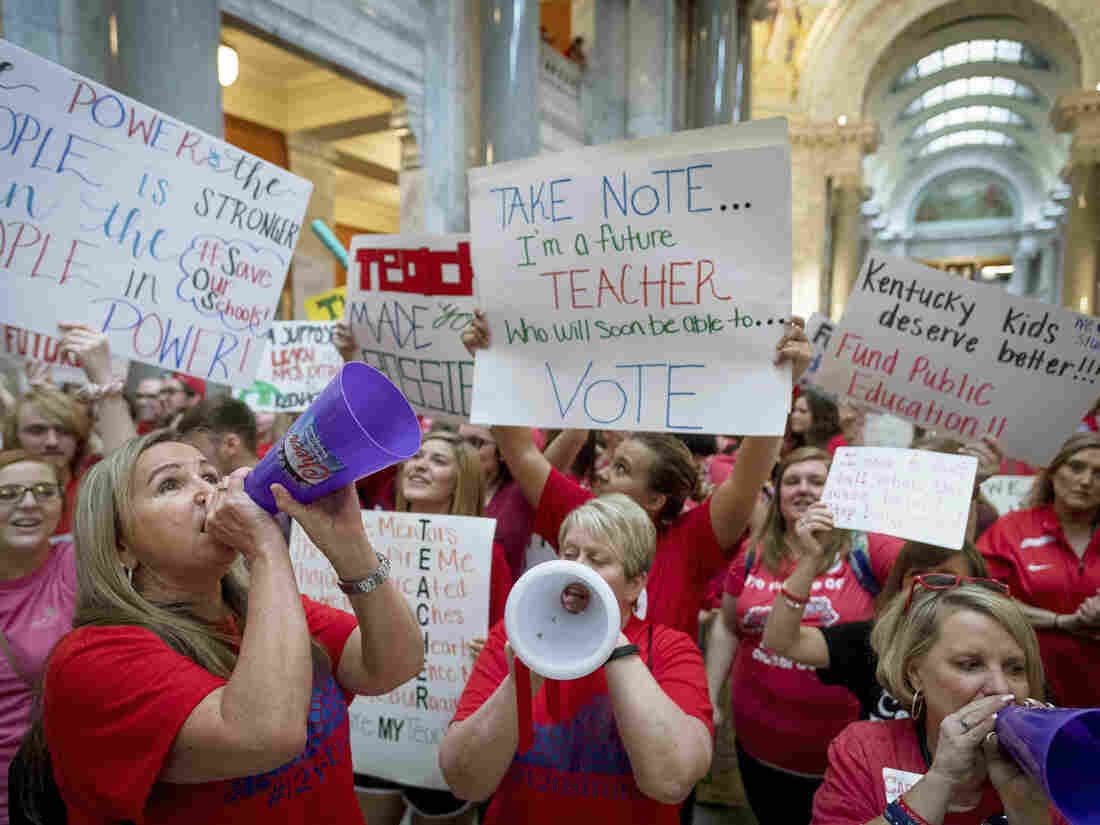 Teachers from across Kentucky gather inside the state Capitol to rally for increased funding for education on Friday. Bryan Woolston/AP hide caption 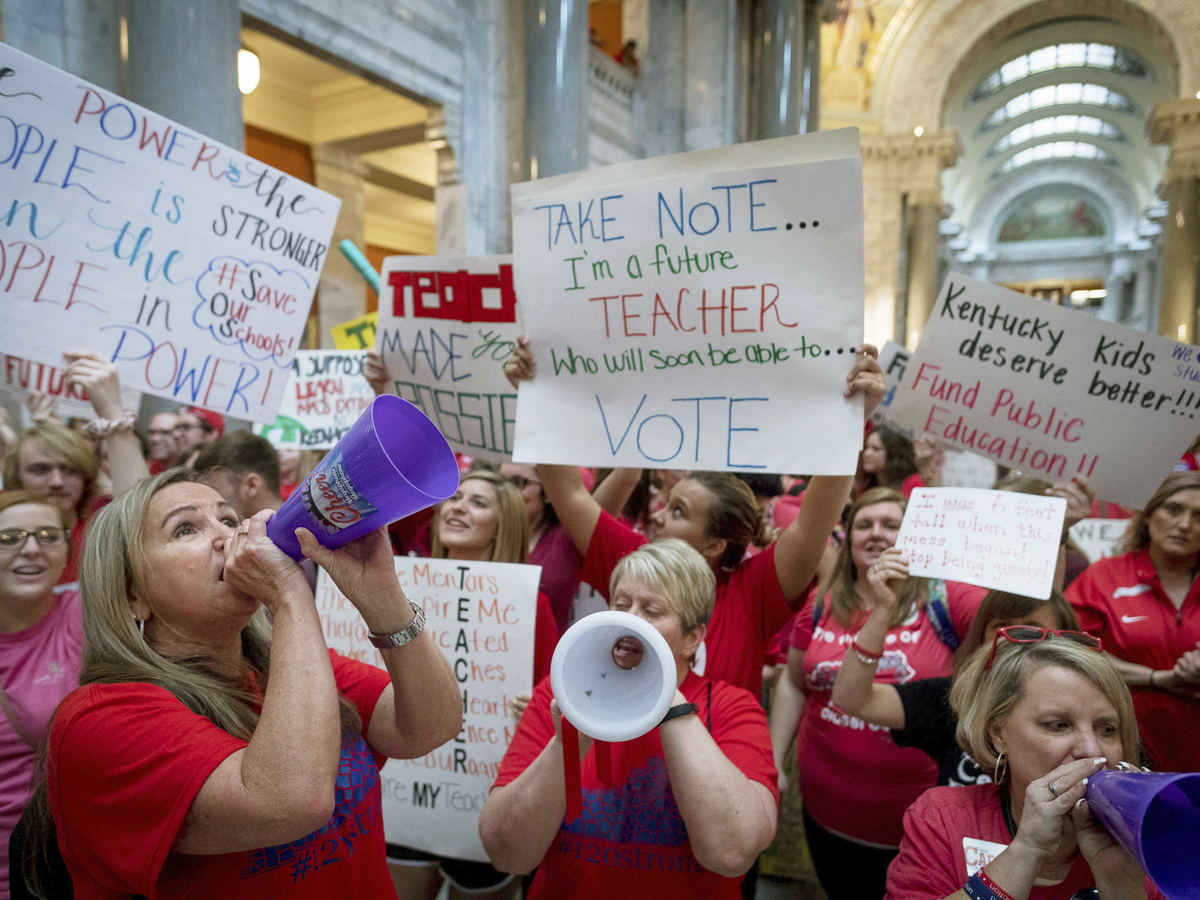 Teachers from across Kentucky gather inside the state Capitol to rally for increased funding for education on Friday.

Kentucky Gov. Matt Bevin is having a no good, miserable day.

The GOP-controlled legislature voted to override the Republican governor's veto on three key bills Friday afternoon, including a two-year $22 billion state budget, a pension bill, and a tax bill that is expected to help provide record funding for public schools in the state.

The bill increases taxes by $480 million, and makes sweeping changes to the tax code: including a 50 cent markup of cigarettes, expanding the 6 percent sales tax to services like pet grooming, automotive repair, and dry cleaning. But Bevin argues the bill isn't comprehensive enough, and does not sufficiently cover the increase outlined for school funding.

It's being considered a marked victory for educators in the state. Thousands descended upon the state capitol, Frankfort, demanding elected officials to override the veto. School districts across the state cancelled classes in support of the demonstration.

Soured by the turn of events, Bevin spoke to reporters outside of the capitol saying that teachers taking leave from the classroom harms children.

Kentucky Gov. Matt Bevin on the teacher rallies today. “I guarantee you somewhere in Kentucky today a child was sexually assaulted that was left at home because there was nobody there to watch them.” pic.twitter.com/Q4PpzFsTt2

"As surely as we're having this conversation, children were harmed - some physically, some sexually, some were introduced to drugs for the first time because they were vulnerable and left alone. It's offensive, really. If you want to write a story, that's the kind of thing you should talk about."

Separately, legislators also voted to override a bill that would cut pensions for new teacher hires and other state workers. The plan would also limit sick days that teachers can put toward retirement.

The protests are inspired partly by West Virginia, where a week of shuttered classrooms resulted in a 5 percent pay raise for all state employees.

This is the second state this week where teachers demanding better pay and working conditions have forced movement. On Thursday, Arizona Gov. Doug Ducey promised to raise teacher wages by 20 percent over the next two years.

But in deep red Oklahoma, the largest teachers union told protesting teachers to return to the classroom after two weeks of rallying, and instead focus on making their voice count at the upcoming mid-term elections.