Accessibility links
Get Ready For the Next Big Thing In NASA's Search For Earth's Twin : The Two-Way NASA is launching a mission to find Earth-sized planets beyond our solar system that scientists can study for signs of life. Scientists already know of over 3,000 planets around distant stars. 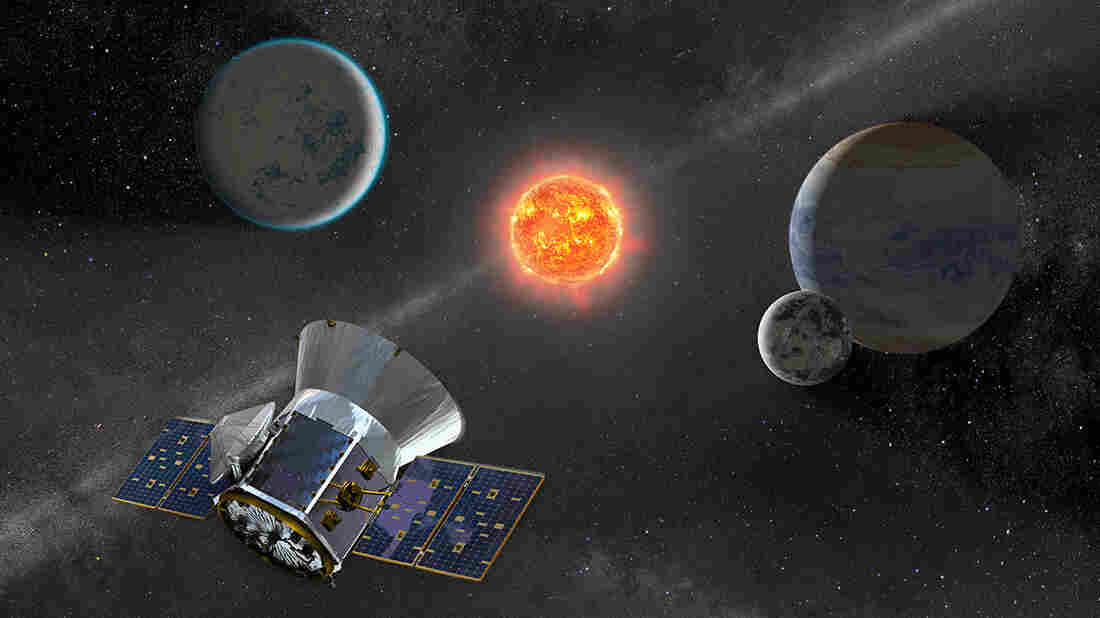 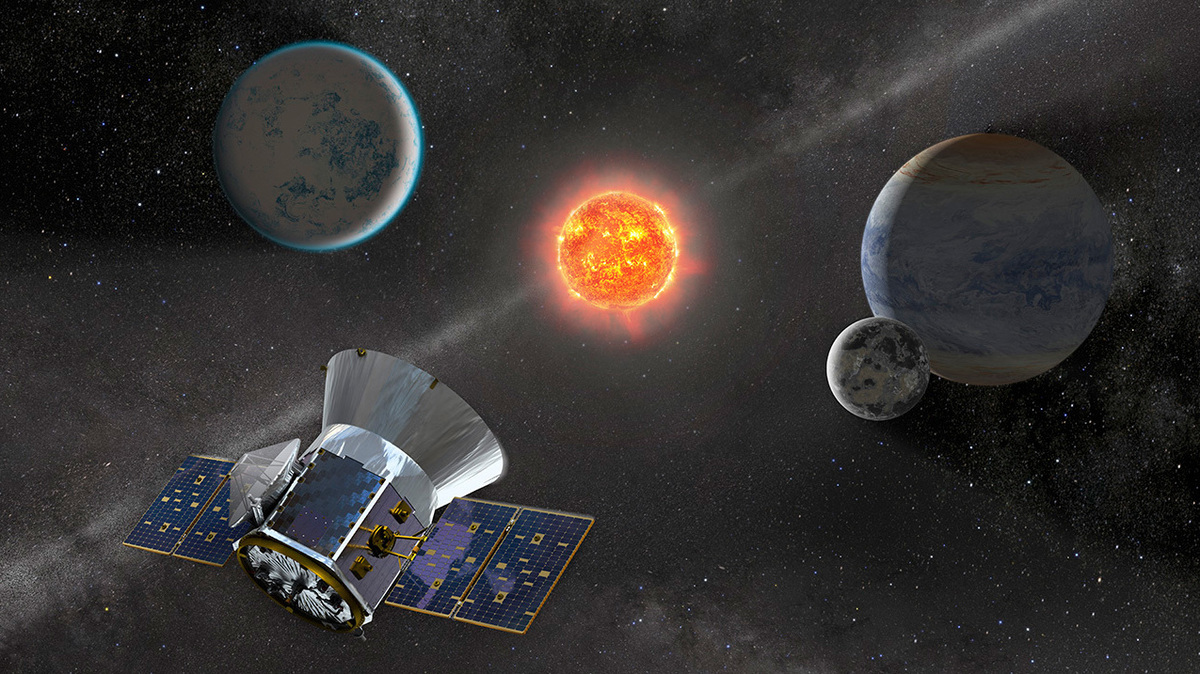 If signs of life are found on a planet beyond our solar system sometime in the next decade, they'll most likely be on a planet discovered by a NASA satellite that's scheduled to launch on Monday.

The mission is called TESS, short for Transiting Exoplanet Survey Satellite, and it will spend two years scanning almost the entire sky to search for alien worlds.

Scientists already know of over 3,000 planets around distant stars, thanks in large part to a previous NASA mission called Kepler. It spent years staring at stars in a small patch of the sky to look for a tell-tale dimming that meant a planet had passed by and blocked some of the starlight.

The Kepler mission revealed that planets of all sorts of sizes are extremely common. "There are far more planets in the Milky Way than there are stars," says MIT astronomer George Ricker, the principal investigator for TESS.

But he says the challenge with the Kepler discoveries is that the planets' host stars are far too faint to allow detailed follow-up measurements. "We know that planets in principle exist there," says Ricker, "but there's really not much more we can say other than that they exist."

The planets discovered by TESS will be different, as TESS will search for planets around closer, brighter stars.

"And so with the planets that TESS finds, we're going to be able to use a different set of telescopes and then try to find out if any of them are indeed somewhat like Earth," says Sara Seager, another MIT researcher who is working on TESS.

The ultimate goal is to find small, probably rocky planets orbiting in a sweet spot around stars that's not too hot, and not too cold. Those planets could be studied using the James Webb Space Telescope that NASA is supposed to launch in a couple of years. Researchers would be able to use it to analyze the starlight that filters through the planets' atmospheres, looking for hints of habitability.

"The most important thing, I think, would be to find signs of water vapor in a small planet atmosphere, because all life as we know it needs liquid water," says Seager, who notes that at the moment, "we're very far from knowing that something is like Earth out there." 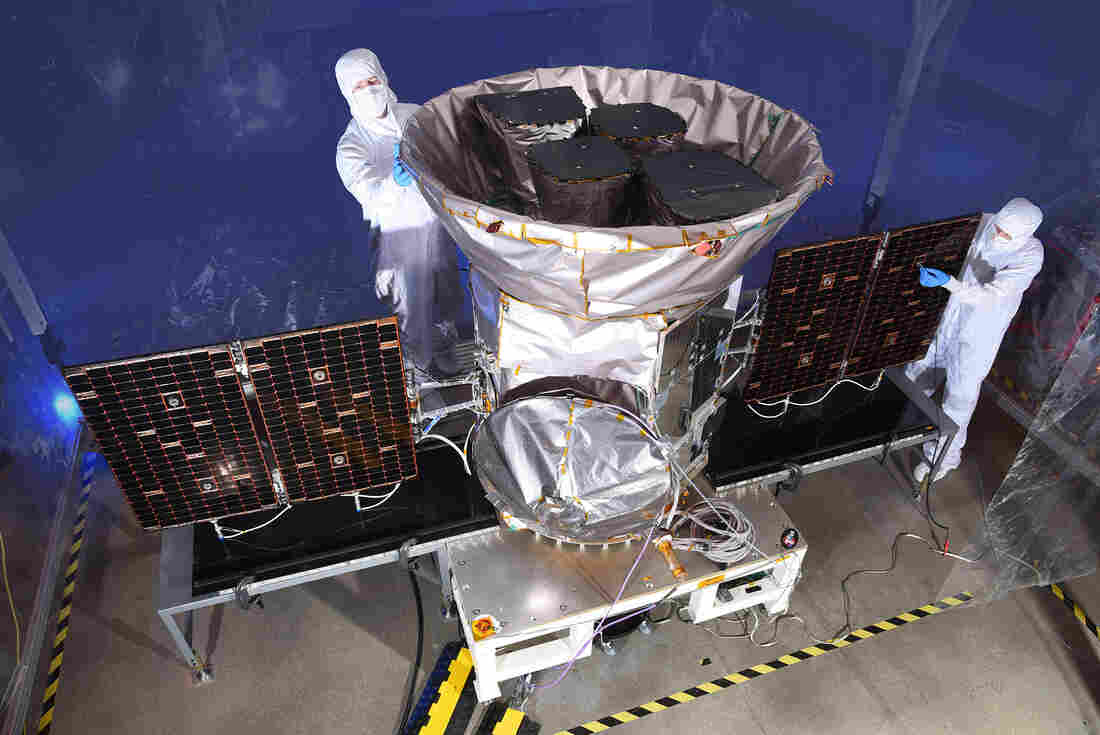 Technicians help prepare the spacecraft for its mission. TESS is the next step in the search for planets outside of our solar system, including those that could support life. NASA hide caption 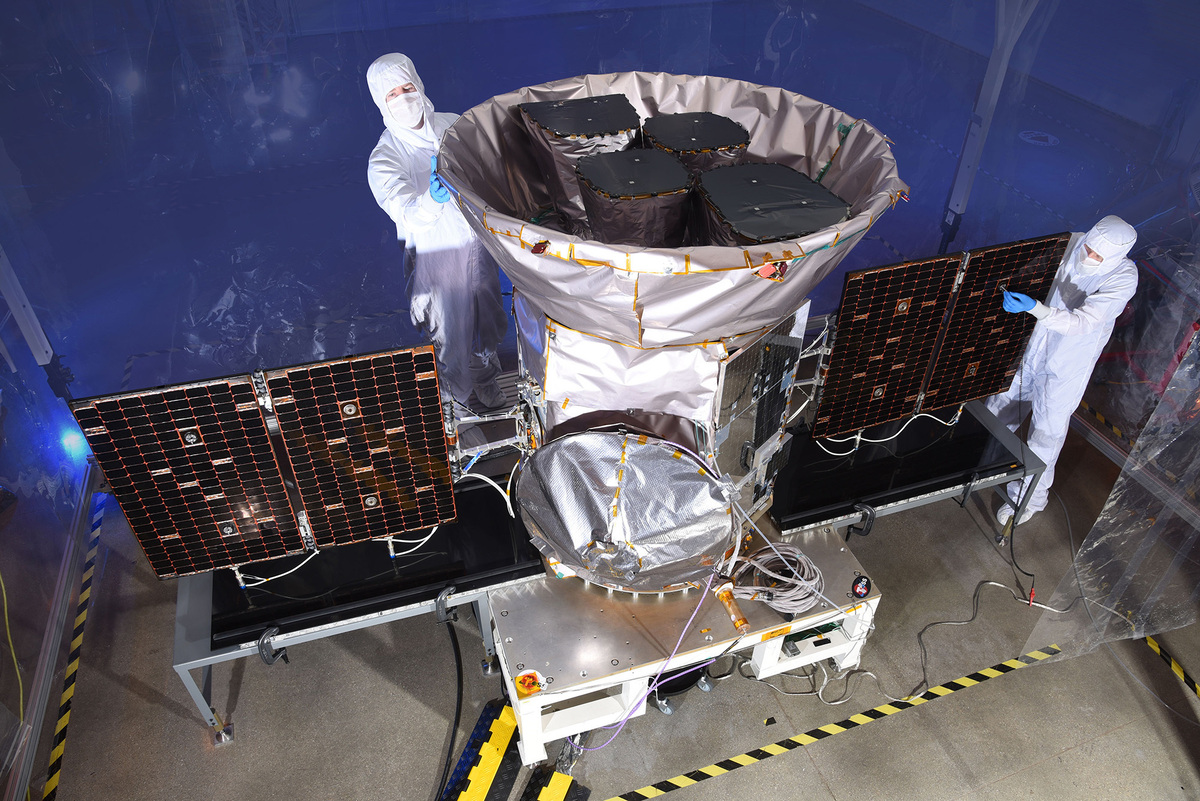 Technicians help prepare the spacecraft for its mission. TESS is the next step in the search for planets outside of our solar system, including those that could support life.

Astronomers are excited by the idea that TESS will give them a massive new catalog of relatively-easy-to-study planets beyond our solar system. The satellite is expected to detect around 20,000 planets, including hundreds of planets that are the size of Earth or not too much bigger, and the follow-up work is sure to go on for years.

The planets found by TESS, however, might not be super-cozy little places, because the mission will mainly be targeting planets orbiting small stars called red dwarfs. These are the most common stars out there in our galaxy, and they're extraordinarily long-lived — which could give life time to emerge and evolve. But they're also known to send out scorching blasts of ultraviolet and X-ray radiation that could fry any life.

"These small stars are just not necessarily the kind of star you'd want to live around, if you had a choice," says Ruth Angus, an astronomer at Columbia University.

But she says that's where astronomers currently have the best chance of finding something with the available technology. "Those small stars will produce the biggest signals, and we have to start somewhere," says Angus, who remains hopeful about what could be found. "There are certain conditions that we need for the life that we're familiar with, but who knows if those conditions apply across the galaxy."

If all goes well with the launch and calibration phases of the mission, the first haul of new planets found by TESS could be announced later this year.