Accessibility links
U.S. Is Considering New Economic Sanctions On Russia : The Two-Way U.N. Ambassador Nikki Haley told CBS that sanctions would target companies in Russia helping Syria in its chemical weapons production. Later, though, the White House said no decision has been made. 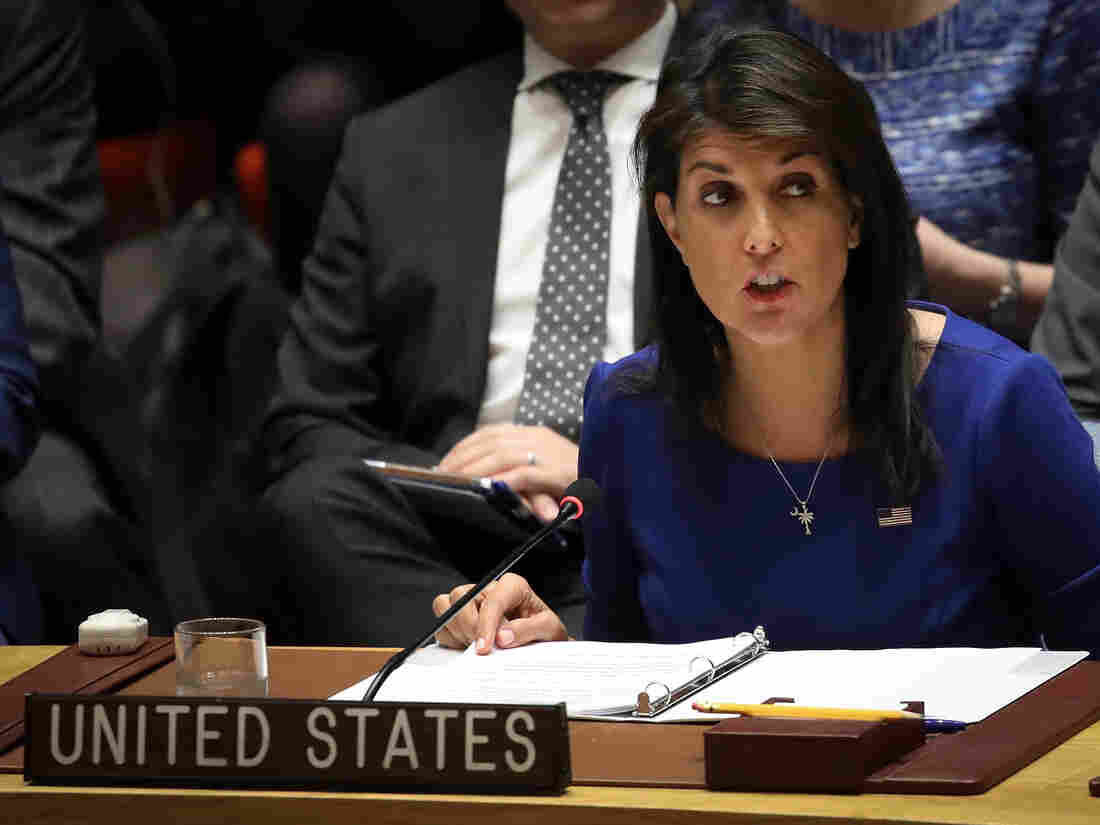 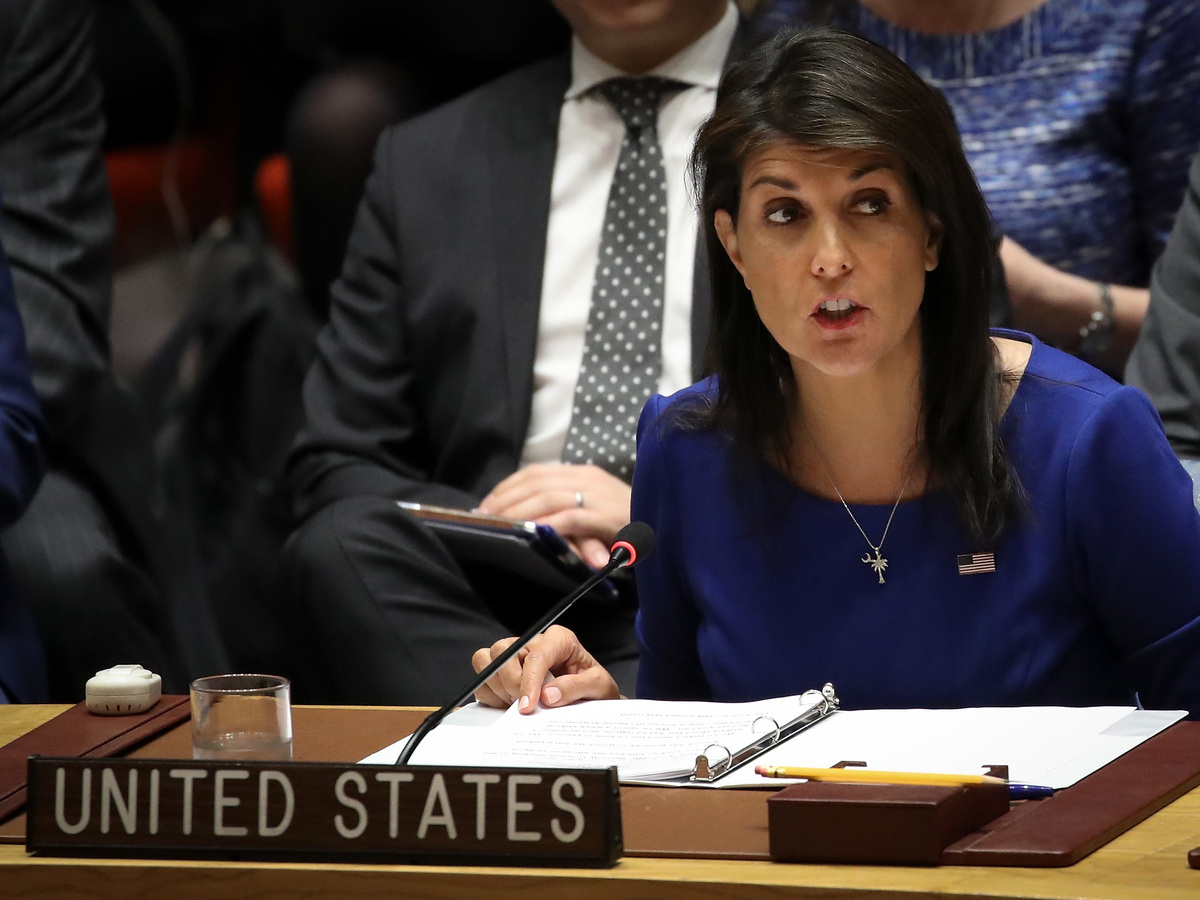 United States Ambassador to the United Nations Nikki Haley speaks during a U.N. Security Council meeting on Syria on Saturday.

The Trump administration is weighing a new round of economic sanctions against Russia for its backing of Syrian President Bashar al Assad's alleged use of chemical weapons.

The proposed sanctions follow U.S.-led airstrikes against Syria's chemical weapons capability and President Trump's promise that Assad and his allies, namely Moscow, would pay a "big price" for enabling the use of chemical weapons.

"They will go directly to any sort of companies that were dealing with equipment related to Assad and chemical weapons use," U.S. Ambassador to the United Nations Nikki Haley told CBS' Face the Nation on Sunday.

Referring to the airstrikes, Haley said: "I think everyone knows that we sent a strong message."

What's Included In The Latest U.S. Sanctions Against Russia

Sanctions Against Russian Oligarchs Unlikely To Have Desired Impact

"The international community will not allow chemical weapons to come back into our everyday life," she said in an interview aired Sunday. "The fact he was making this more normal and that Russia was covering this up, all that has got to stop."

While Haley's comments made sanctions seem imminent, White House Press Secretary Sarah Sanders said Monday that "we are considering additional sanctions and a decision will be made in the near future."

As The New York Times notes, any new sanctions "would be the third round enacted by the Trump administration against Russia in the past four weeks. Last month, the administration targeted Russian companies and individuals for intervening in the 2016 election and mounting cyberattacks against Western facilities. It followed that this month with penalties against Mr. Putin's inner circle, singling out some of Russia's richest men and top government officials."

Speaking to Morning Edition, Public Radio International reporter Charles Maynes, who is based in Russia, says the sanctions imposed thus far are having some impact in Russia.

"We are seeing the ruble devalued about 10 percent over the last several weeks," he says. "Particularly this last round of sanctions that were against Putin's inner circle seem to have affected the markets here."

Russia on Saturday called U.S. airstrikes on Syria "treacherous and insane" and a "clear and present danger to world peace."