Accessibility links
207 Million Eggs Are Recalled Over Salmonella Fears : The Two-Way The eggs were sold in nine states, according to the FDA. They are labeled under a number of brands, including Coburn Farms, Country Daybreak, the Food Lion store brand, Great Value and Sunshine Farms. 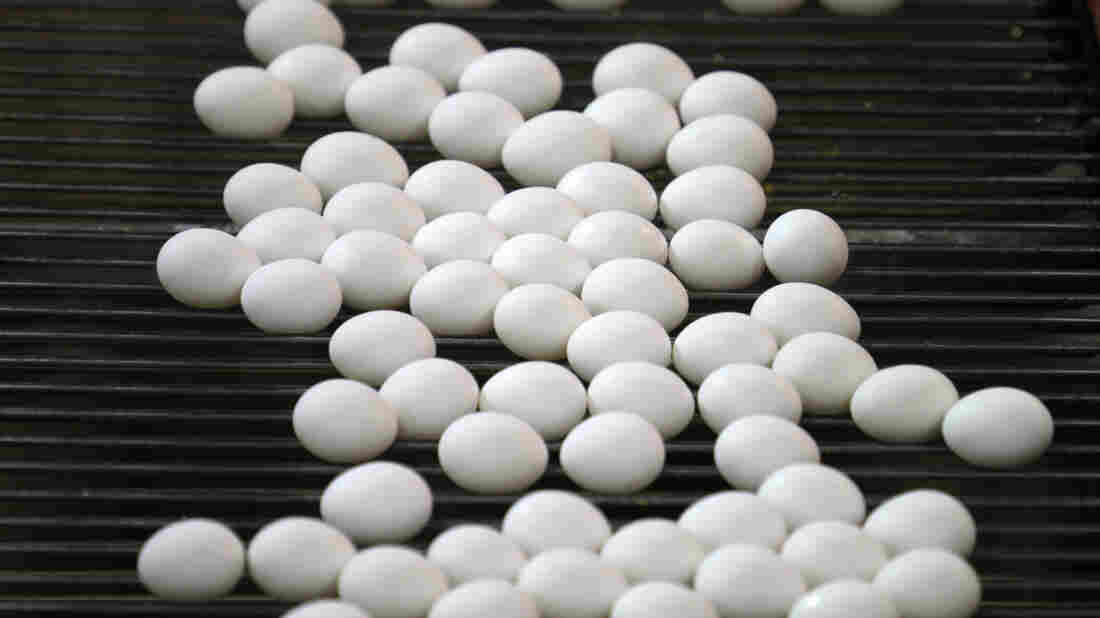 Eggs from Rose Acre Farms, one of the largest suppliers in the U.S., have been recalled after investigators linked them to a number of salmonella-related illnesses. Charlie Neibergall/AP hide caption 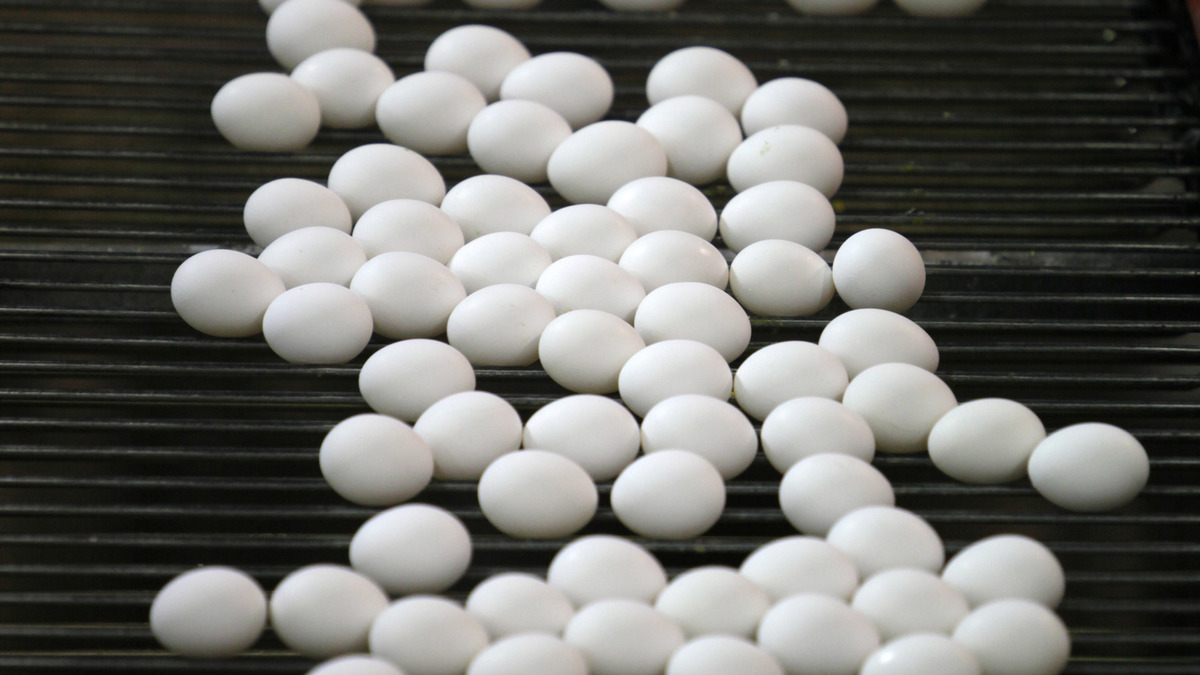 Eggs from Rose Acre Farms, one of the largest suppliers in the U.S., have been recalled after investigators linked them to a number of salmonella-related illnesses.

The Rose Acre Farms company is voluntarily recalling 206,749,248 eggs in a total of nine states, saying they "have the potential to be contaminated with salmonella braenderup" — which can sicken healthy adults and have serious and possibly fatal effects for young children and the elderly.

The eggs came from a farm in Hyde County, N.C., and have been labeled under a number of brands, including Coburn Farms, Country Daybreak, the Food Lion store brand, Crystal Farms, Great Value and Sunshine Farms. Some were sold to restaurants, including Waffle House.

So far, contaminated eggs have been linked to 22 reported illnesses, according to the recall notice on the Food and Drug Administration's website, which includes a full list of the recalled products.

Retail outlets and some restaurants in the following states should be on the lookout for the eggs, Rose Acre Farms says: Colorado, Florida, New Jersey, New York, North Carolina, Pennsylvania, South Carolina, Virginia and West Virginia.

The recall covers egg cartons that have the plant number P-1065 and Julian date ranges of 011 through 102. (The three-digit Julian Code refers to consecutive day of the year, meaning the recalled eggs were packed from Jan. 11 through April 12.)

"If anyone has the recalled eggs in their home, they should not eat them," the FDA says.

The recall of more than 206 million eggs prompts a question: What will happen to all those eggs? In food recall cases such as this, the FDA says, the point isn't to regather all of them — but instead to protect the public. The FDA and Rose Acre Farms are urging consumers either to throw the eggs away or to return them for a refund. Consumers and restaurants also should thoroughly clean any surfaces or utensils that might have come into contact with the eggs.

Rose Acre Farms is based in Seymour, Ind., and says it is the second-largest egg producer in the U.S.

The FDA says its investigators worked with state health officials to trace a number of recent salmonella infections to egg dishes — and eventually linked them to the Rose Acre Farms location in North Carolina. Testing of samples from that farm revealed the same strain of the bacteria that was recorded in the illnesses.

The investigation is continuing, the FDA says.