Accessibility links
Disgraced Donkey Kong Master Says He's Got Proof He Didn't Cheat : The Two-Way Billy Mitchell, a star of the documentary King of Kong, is fighting a ruling that stripped his records in the arcade classic. "Witnesses, documents, everything will be made available to you," he says. 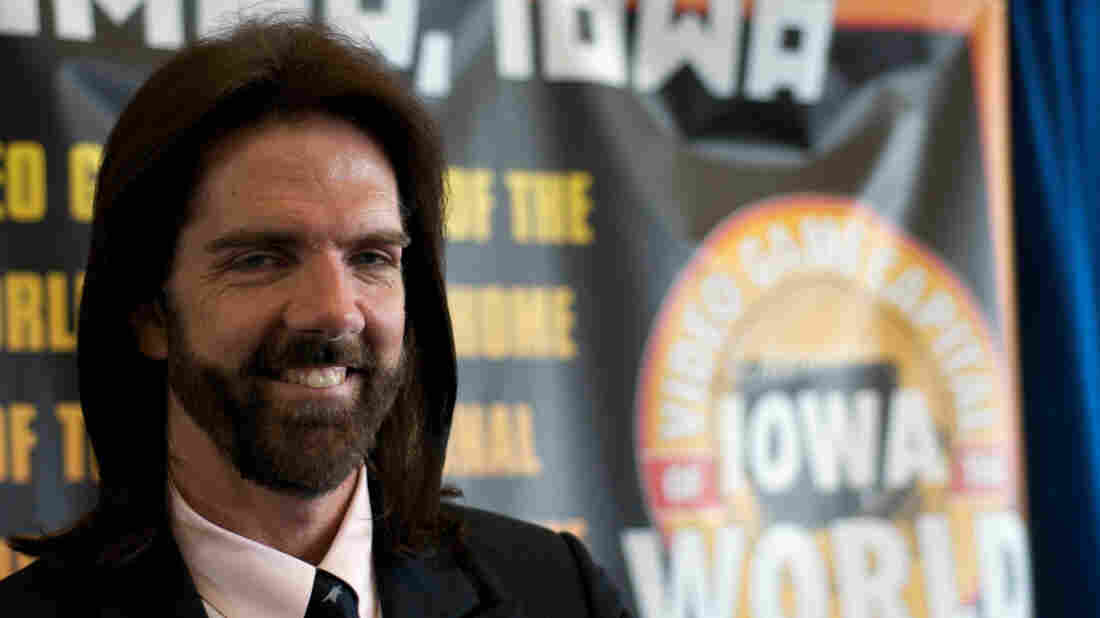 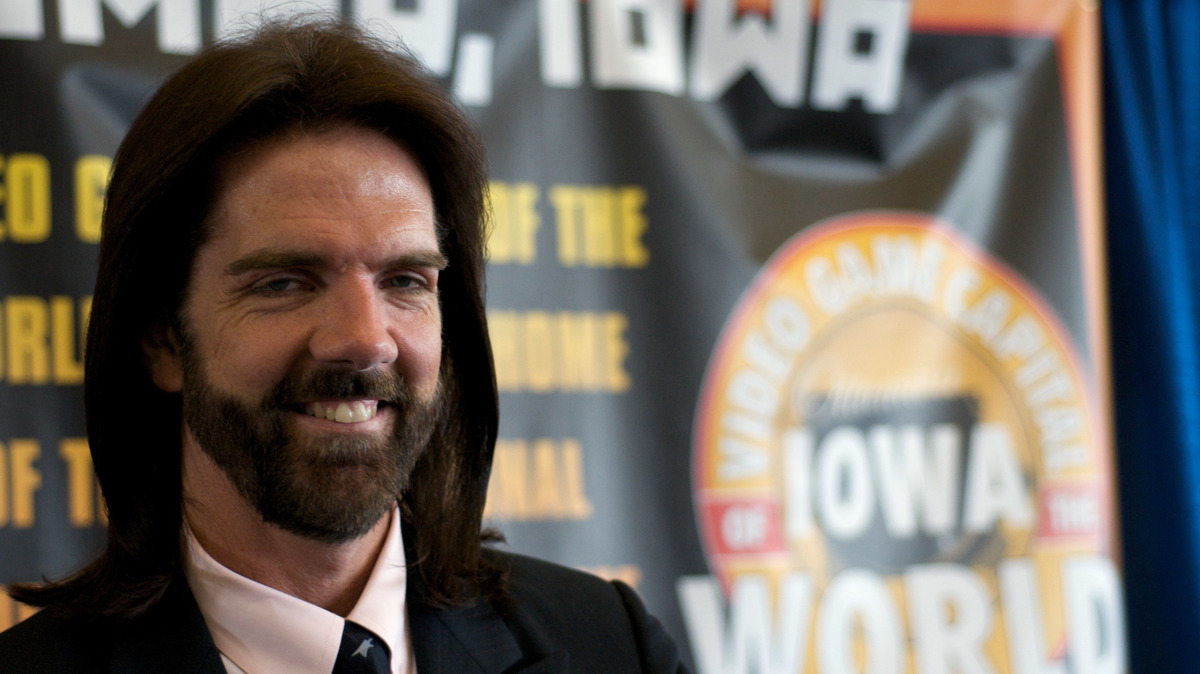 Dethroned Donkey Kong record-holder Billy Mitchell promised that proof supporting his innocence is on its way.

Billy Mitchell has broken his silence.

The longtime Donkey Kong champ, never one to stay quiet for long, pushed back Sunday against official scorekeepers' decisions last week to strip him of his best-known video game records. Twin Galaxies, the organization that tracks such records, disqualified his high scores and banned him from competition after an investigation turned up evidence that several of his Donkey Kong scores were set on inappropriate hardware.

But in a video statement released to Old School Gamer Magazine — where Mitchell serves on the advisory board as "history's most famous video game player" — he promised that proof supporting his innocence is on its way.

"The fact of the matter is, now there is a true professional due diligence being done to investigate things that happened as far as 35 years ago," he said at the Midwest Gaming Classic in Milwaukee, wearing in his signature American flag tie.

Mitchell's rebuttal comes just days after Twin Galaxies rendered its definitive judgment on a controversy dating back more than a decade, since at least the 2007 release of King of Kong.

That documentary depicted Mitchell's bitter rivalry with Steve Wiebe, a schoolteacher who had been striving to seize the top spot on worldwide Donkey Kong leaderboards, which Mitchell had occupied off and on for years. But in the end (of the film, at least), Mitchell successfully defended his throne by setting the first score ever to break 1 million points — in a performance recorded on VHS and regarded by many onlookers as highly suspicious.

It didn't dampen those suspicions any that the self-promoting hot sauce entrepreneur has quite a knack for playing the heel.

"That mullet. Those crazy ties. The cocky glare. The hot sauce. God damn, Billy knew how to work it," the Polygon's Owen Good writes in appreciation. "Billy Mitchell, age 52, knew how to be the bad guy, knew how much money there was in being the bad guy, 10 times more than anyone on Twitch or YouTube."

He also knew how to fake his results, according to Twin Galaxies.

After a claim raised in February, the group closely investigated tapes of Mitchell's performances. Following clues such as discrepancies in how the game's levels loaded, the probe concluded Mitchell had not used an original arcade machine as required. Instead, Twin Galaxies asserts, these feats were achieved on MAME — or software designed to emulate the original — which opens up several possible avenues for cheating.

The ruling punishing Mitchell was unanimous, and Guinness World Records, which relies on Twin Galaxies to verify its video game information, vacated all of its entries for Mitchell. That includes his 1999 perfect score in Pac-Man.

It is not clear whether Twin Galaxies' decision can be appealed.

In his video Sunday, Mitchell did not specifically address the claim he had played on an emulator. But in an interview in February, not long after the claim surfaced, he denied it outright: "Have I ever sat at a computer and played M.A.M.E.? Not a chance. Nothin'," he told the podcast X Cast.

He added that, given his and Wiebe's diminished standings in recent years, the controversy between the two men isn't even worth relitigating. (Neither man was in the top 10 worldwide at the time of last week's ruling.)

"I guess I would kind of understand if I'm sitting there on a razor's edge, a thousand points in front of somebody else, well I guess you'd really want to make sure the score's correct," Mitchell said in February. "But since it's No. 12 in line, like I said, this has so little to do with the success and the fun and the excitement that I do in the gaming world, it's nearly irrelevant."

For Wiebe, though, the ruling offers some measure of closure.

"I'm not the champ any more," he told Variety on Friday, "but getting recognition for being the first to a million is a great consolation. That's what I was really bummed out about 11 years ago."

Still, perhaps it's best not to jump to conclusions: Mitchell on Sunday suggested his public exoneration is yet to come — if only we wait just a little bit longer.

"I wish I had it in my hands right now, I wish I could hand it to you. But it's taken a considerable amount of time. Witnesses, documents, everything will be made available to you. Nothing will be withheld. You absolutely have my commitment to that," he said.