Accessibility links
Syria Says Chemical Weapons Watchdog Group Has Entered Douma : The Two-Way The Organisation for the Prohibition of Chemical Weapons would not confirm whether its inspectors have entered Douma, the site of a suspected chemical weapons attack earlier this month. 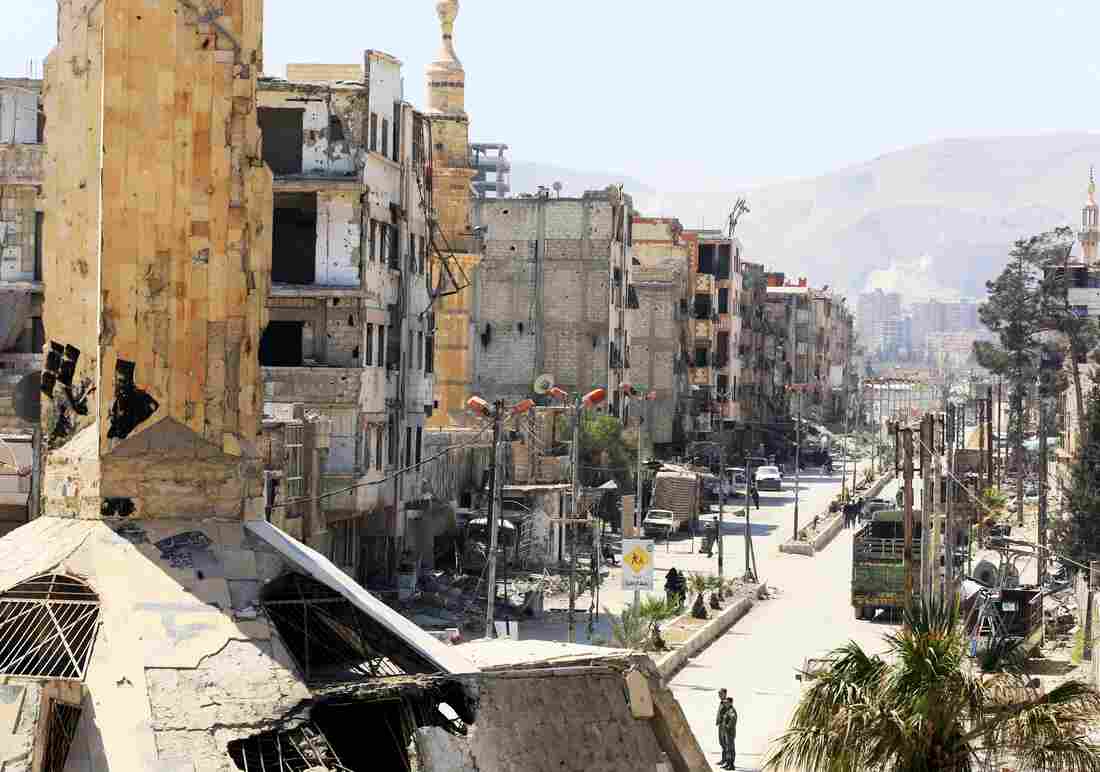 Syrians walk along a damaged street in Douma, on the outskirts of Damascus, on Monday during an organized media tour. The Syrian army declared that all anti-regime forces have left Eastern Ghouta, following a blistering two month offensive on the rebel enclave, including a suspected gas attack. Now Syrian state media say chemical weapons inspectors have been allowed access to the town. Louai Beshara/AFP/Getty Images hide caption 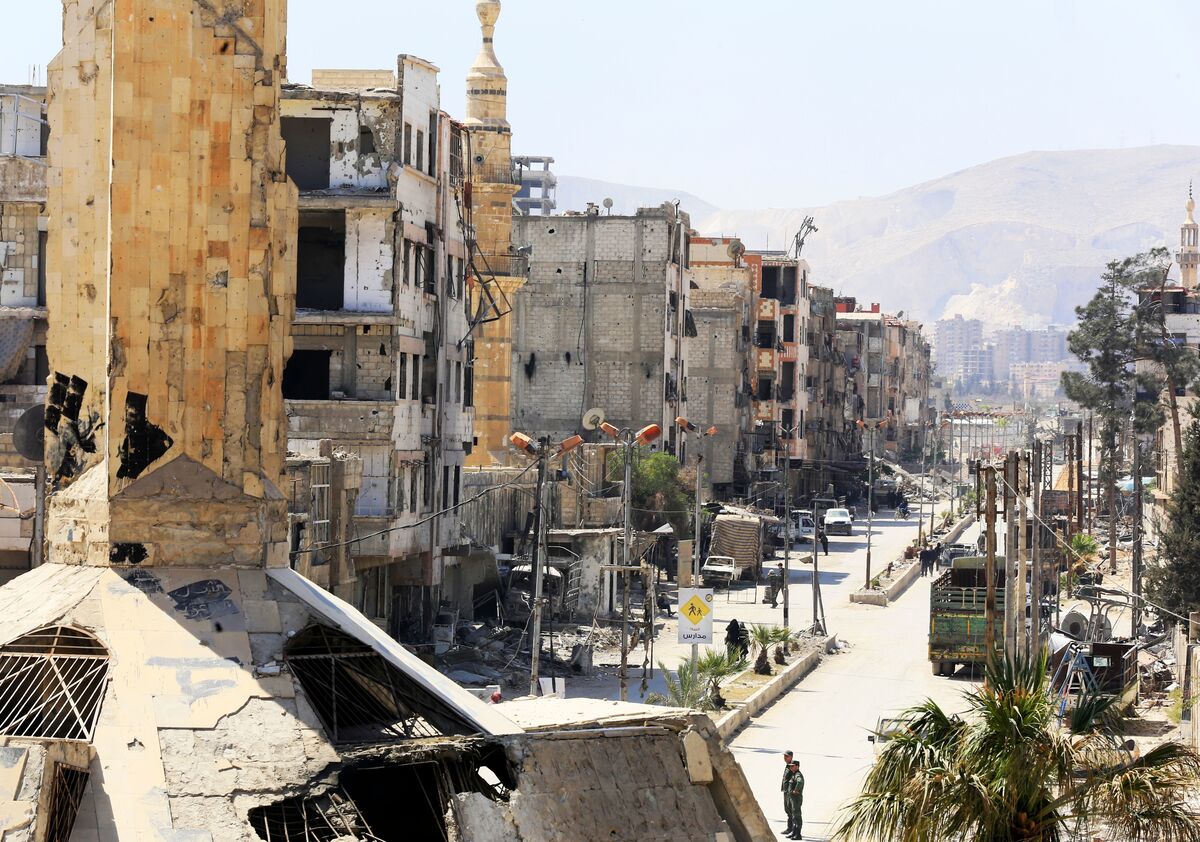 Syrians walk along a damaged street in Douma, on the outskirts of Damascus, on Monday during an organized media tour. The Syrian army declared that all anti-regime forces have left Eastern Ghouta, following a blistering two month offensive on the rebel enclave, including a suspected gas attack. Now Syrian state media say chemical weapons inspectors have been allowed access to the town.

According to Syrian state media, a team of inspectors from the Organisation for the Prohibition of Chemical Weapons has entered the town of Douma, the site of a suspected chemical weapons attack earlier this month.

The OPCW would not confirm whether its inspectors had arrived in the city, telling NPR's Ruth Sherlock that it doesn't "discuss operational details." A spokeswoman for the State Department said that the U.S. believes that the OPCW team has not yet entered Douma.

Reuters and The Associated Press both reported that Syrian state TV said the inspectors entered the town on Tuesday.

The team from OPCW has been in the country since Saturday, but Syria and its ally, Russia, had been accused of preventing the inspectors from reaching the site of the April 7 attack.

On Tuesday, however, the head of Russia's radiological, biological and chemical protection unit, Igor Kirillov, said once the roads leading to the site were cleared of mines, they would be tested by U.N. security services and the inspectors then would be allowed access.

"On Wednesday is when we plan the arrival of the OPCW experts," Kirillov said at a news conference in The Hague.

The U.S. and France say they have evidence that the attack was carried out by the government of President Bashar Assad and was directed against civilians, many of them children, in Douma, a suburb of Damascus that has been held by rebels. Doctors said the people they treated at hospitals following the attack showed symptoms of poisoning from chlorine gas, which was first used as a battlefield weapon in World War I.

The White House says there is "a significant body of information" pointing to the use of chlorine, and evidence suggesting that the nerve agent sarin was used as well.

"This is not an isolated incident—the Syrian regime has a clear history of using chemical weapons even after pledging that it had given up its chemical weapons program," the White House said in a statement.

Syria has denied the attack, and Russia has said that it was "staged."

Over the weekend, the U.S., the U.K. and France launched airstrikes designed to take out Syria's ability to produce chemical weapons.

The U.S. ambassador to the OPCW, Kenneth Ward, expressed Washington's concern that nearly two weeks after the attack, inspectors would find tampering of evidence.

"It is our understanding the Russians may have visited the attack site," Ward said during a meeting Monday at The Hague.

"It is our concern that they may have tampered with it with the intent of thwarting the efforts of the OPCW Fact-Finding Mission to conduct an effective investigation," he said.

Speaking with the BBC, Russian Foreign Minister Sergey Lavrov denied any interference. "I can guarantee that Russia has not tampered with the site," he told the broadcaster.

Jerry Smith, a former OPCW weapons inspector who worked in Syria in 2013, tells NPR that the passage of time makes inspection more challenging for multiple reasons.

"We've had over a week now where people, lots of different people, we don't know who may have traipsed in and out of that," he says. "And the other thing is ... if it is a gas attack, a chemical weapons attack, then that material is degrading in the atmosphere. Every day, the chances of getting good hits, good sampling, becomes less and less."