Accessibility links
2 More Lawsuits Join Legal Fight Over 2020 Census Citizenship Question : The Two-Way The city of San Jose, Calif., plus individuals from Maryland and Arizona are suing to remove the controversial question. Some two dozen other cities and states are suing separately. 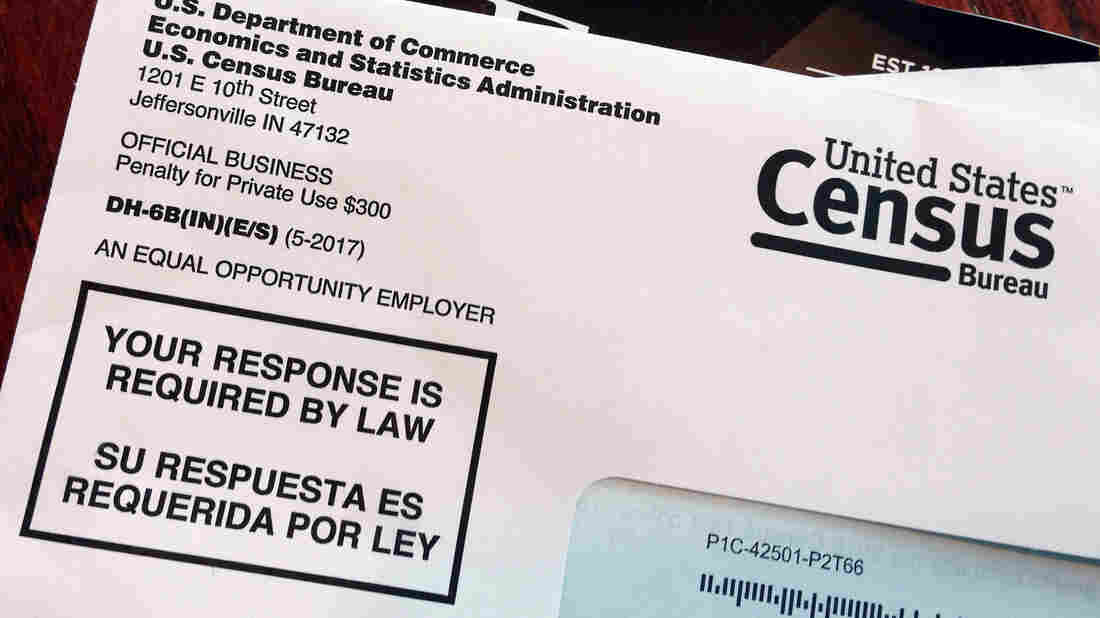 An envelope contains a test questionnaire for the 2020 census mailed to a resident in Providence, R.I., as part of the nation's only test run of the upcoming national headcount. A Trump administration plan to include a citizenship question on the 2020 census has prompted legal challenges from many Democratic-led states. Michelle R. Smith/AP hide caption 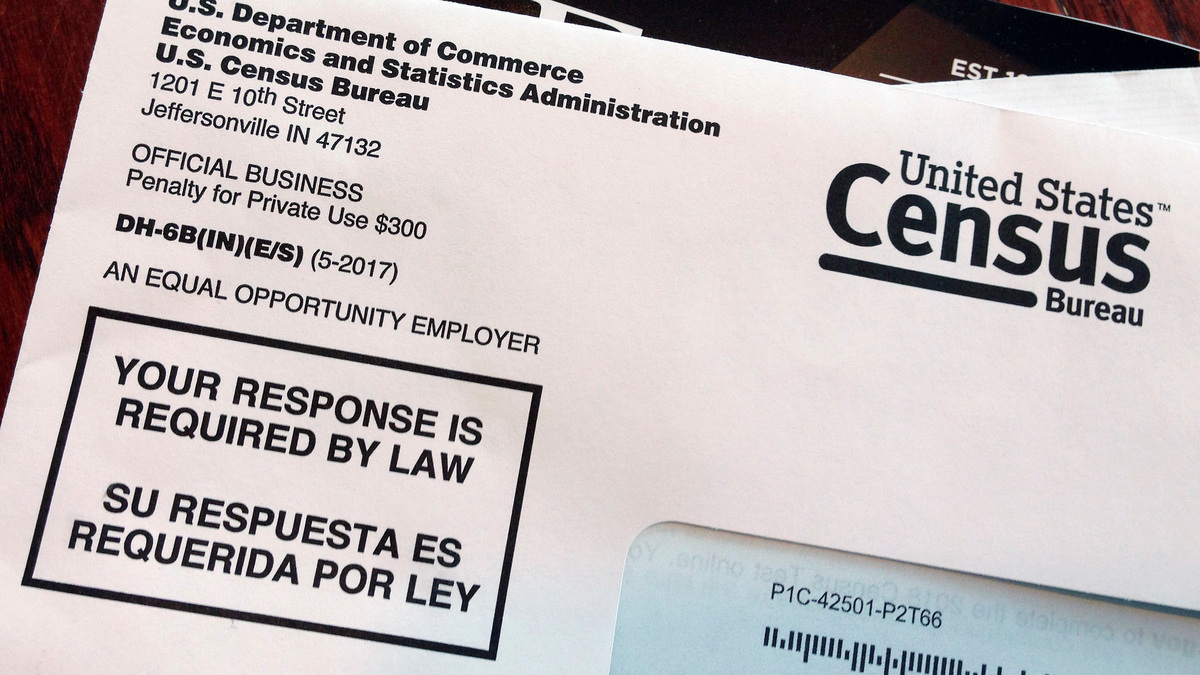 An envelope contains a test questionnaire for the 2020 census mailed to a resident in Providence, R.I., as part of the nation's only test run of the upcoming national headcount. A Trump administration plan to include a citizenship question on the 2020 census has prompted legal challenges from many Democratic-led states.

The legal fight against the citizenship question planned for the 2020 census is mounting with more lawsuits, including one filed Tuesday in San Francisco federal court on behalf of the city of San Jose, Calif., and Black Alliance for Just Immigration, a California-based immigrant rights group led by Black Lives Matter co-founder Opal Tometi.

The lawsuit comes less than a week after a group of individuals from Maryland and Arizona, represented by former U.S. Attorney General Eric Holder's law firm Covington & Burling, filed a similar legal challenge against officials at the U.S. Census Bureau and the Commerce Department, which oversees the census, to try to get the citizenship question removed from questionnaires for the upcoming national headcount. More than two dozen other cities and states have already filed two separate lawsuits.

Controversy over the question began in late March — a year after the bureau had submitted the proposed topics of questions for the 2020 census to Congress – when Commerce Secretary Wilbur Ross approved a last-minute Justice Department request to ask about citizenship. A citizenship question has not been included among the census questions for all U.S. households since 1950.

The Justice Department says it needs the question to enforce Voting Rights Act protections against racial discrimination with a better count of voting-age citizens. But the lawsuits argue that asking about citizenship could discourage noncitizens, especially unauthorized immigrants, from taking part in the 2020 census.

"The Constitution requires that we capture a full and accurate count of the population when we do the census," says Kristen Clarke, president and executive director of the Lawyers' Committee for Civil Rights Under Law, which is among the law groups representing San Jose and Black Alliance for Just Immigration. "The decisions that have been made fully jeopardize our ability to capture a true snapshot of how many people are living in communities like San Jose all over our country."

Close to 40 percent of San Jose's residents were born outside the U.S., and the city is among the country's top 20 metro areas with the most unauthorized immigrants, according to the latest estimates by the Pew Research Center.

Census numbers are used not only to redistribute seats in the House of Representatives and draw legislative districts, but also to help distribute federal funds. San Jose's complaint notes that city officials are worried that an undercount in 2020 of as many as 70,000 residents could cost the city $20 million in federal funding every year.

The Commerce Department declined to comment on the specifics of the latest lawsuit against the citizenship question and says all of the cases are without merit. In an email statement, a spokesperson for the department writes, "We look forward to prevailing in court and continuing to work with the Census Bureau to conduct a complete and accurate 2020 census." Attorneys for the department and the Census Bureau are expected to file answers to the other legal complaints by early June.

The bureau's acting director, Ron Jarmin, is expected to give his first public testimony since the announcement of the citizenship question on Wednesday at a Capitol Hill hearing in front of the House Appropriations Commerce, Justice, Science Subcommittee. A House Oversight committee hearing on the 2020 census is scheduled for May 8, when lawmakers are expected to grill officials from the bureau and the Commerce Department about how the question was added despite the bureau's own research suggesting it would depress the response rate.

Clarke, one of the attorneys for San Jose's lawsuit, tells NPR she hopes the courts will issue rulings on all of these cases by the end of this year to minimize the distraction from preparations for the 2020 census.

"If we are successful and prevail, we'll have to do some damage control to ameliorate the impact that the administration's 11th-hour decision has had," Clarke adds. "There will be a lot of cleanup that we will have to do to ... ensure that all communities across our country feel free and able to stand up and be counted."