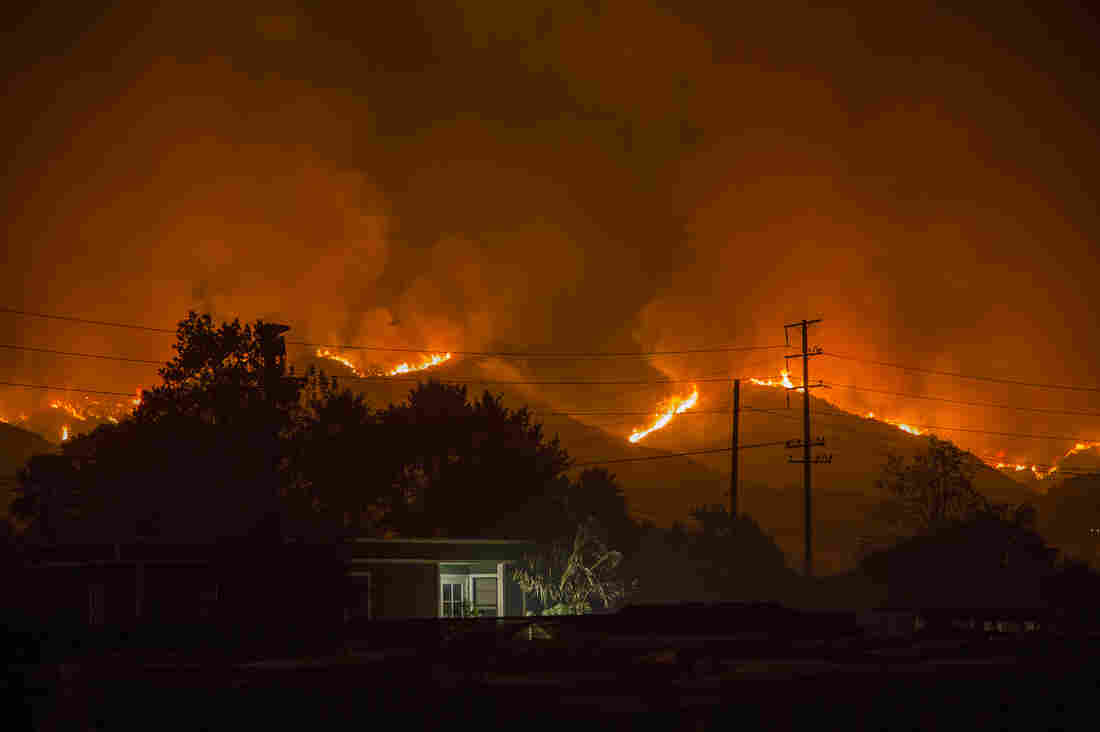 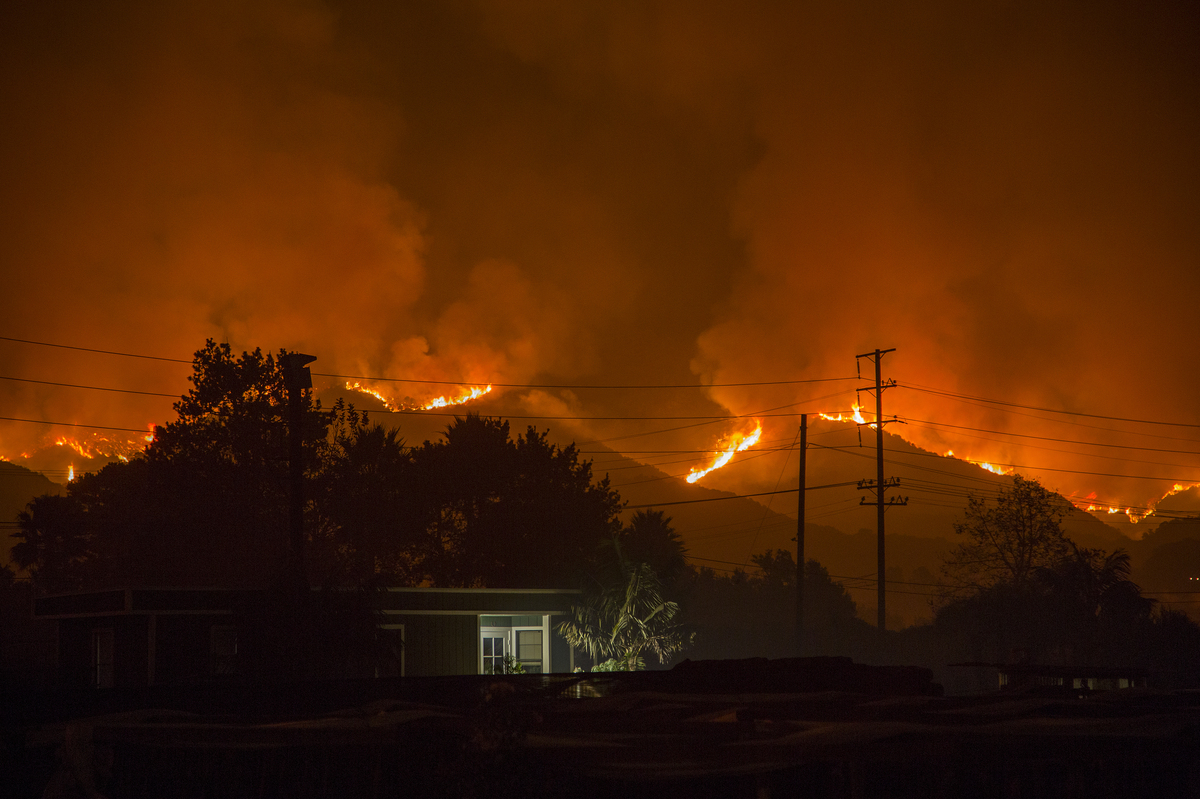 The Thomas Fire advanced toward Santa Barbara County on Dec. 10, 2017, in Carpinteria, Calif.

Predicting how climate change will alter the weather is becoming a flourishing business.

The consumers are property owners and businesses that fear a rise in extreme weather — hurricanes, floods or heat waves, for example. Last year set a record for U.S. losses at over $300 billion.

Rich Sorkin is seeking them out. Sorkin is CEO of a new company called Jupiter. "Our approach is, look, we're in the risk business," he says. What Jupiter sells is risk assessment. How you can dodge the climate bullet? Sorkin's pitch is blunt: "Hugely important, globally significant, gigantic economic problem, not currently being addressed."

Sorkin says Jupiter has raised about $10 million in a matter of months and hired top scientists away from the federal government. They vacuum up government data, much of it free. Then they advise paying customers on things like where to build warehouses out of harm's way from bigger hurricanes or floods. Or they tell city governments how to strengthen sewer systems for heavier rainfall or sea level rise.

Sorkin says people want help. "Most of the private sector already had the view even prior to [the Trump] administration that they were on their own in terms of understanding these risks," Sorkin says.

The government agency that most often dispenses help to victims of natural disasters, the Federal Emergency Management Agency, is already overwhelmed. FEMA Director Brock Long recently told a congressional committee the agency is swamped by the number of people affected by extreme weather. "We estimate that roughly 47 million people were impacted by these events," he said, referring to the big hurricanes and fires last year. "That's 15, 16 percent of the United States population." 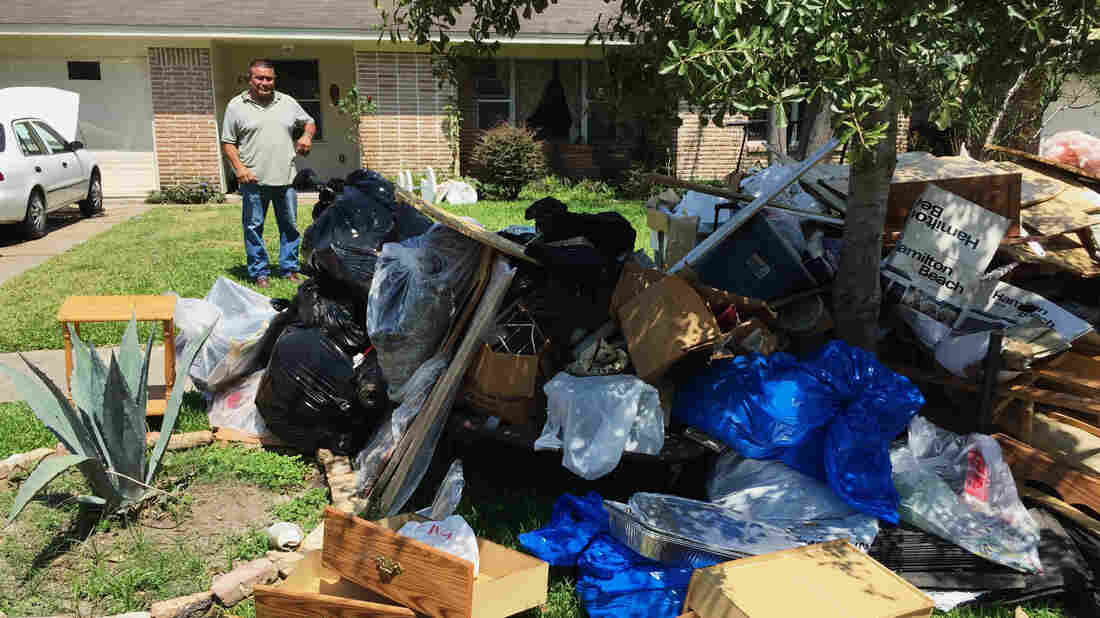 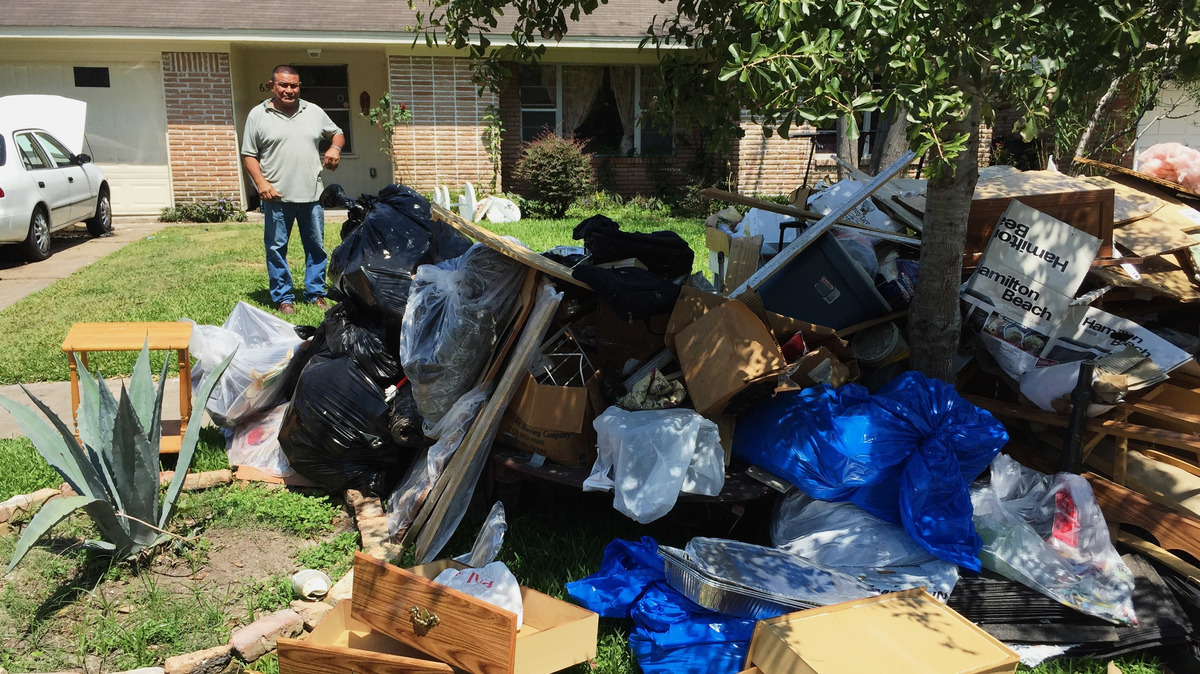 Long says he believes that sea level is rising and that climate change is real. But the agency's latest strategic plan for its future doesn't discuss climate change. And its flood maps, the basis for federal flood insurance, don't account for future sea level rise.

But the federal government does have huge amounts of data on climate change and weather, as well as thousands of scientists who work on the topic at places like the National Oceanic and Atmospheric Administration and NASA. NOAA scientist Stephanie Herring says people need to know what those data portend. "We've designed our lives to be resilient to the weather we think we're going to get," she says, "and so if that's going to change, we need to know that, because we need to be able to prepare for it."

But for the most part, government researchers aren't in the business of telling people how to prepare.

Insurance companies are in that business and are increasingly drawing on climate experts to advise them.

Jesse Bell, a research scientist at North Carolina State University's Institute for Climate Studies, consults for the actuaries who gauge risk for insurance companies. He says one thing they worry a lot about is extreme heat. "Heat and heat waves actually kill more people than any other extreme event. So this is more than hurricanes, tornadoes, all these other events," he says.

Rebecca Owen, an actuary who advises insurers and health care providers about extreme weather, says hospitals have to plan for whom to look out for. "If those heat waves come and we have people with upper respiratory disease or heart disease," she explains, "their condition may become more severe, so they have to go to the emergency room." She notes that people receiving dialysis are also likely to suffer during heat waves.

"It's just a complex, swirling mess," says Owen. When actuaries share a beer at the bar, she says, they tell the same story: "We worry. Will we have enough assets to cover the expected costs? And then we'll argue about what the expected costs are, because we don't know." Ultimately, she says, "climate change is going to hurt the people among us who have the fewest resources and the least resiliency."

What makes it so hard to calculate risk now is that historical trends in extreme weather — what people depend on to assess risk — no longer foretell what future weather will be. The Society of Actuaries now has a "climate index" that shows that there's been a remarkable increase in extreme weather over the past two decades.

"It's a new era," says Dale Hall, head of the climate team at the society. There have always been big storms, he says, "[but] the frequency and intensity of them is different." That will eventually affect how insurance companies set premiums, and also what they pay to insure themselves against big losses.

And Hall notes with exasperation that even when experts figure out what the "new normal" is for extreme weather, it will change again as the planet continues to warm.