Accessibility links
Russia: White House Says No New Sanctions For Now : The Two-Way Russian official media quotes the foreign ministry as confirming that the White House informed the Russian embassy. It follows days of confusion over the matter. 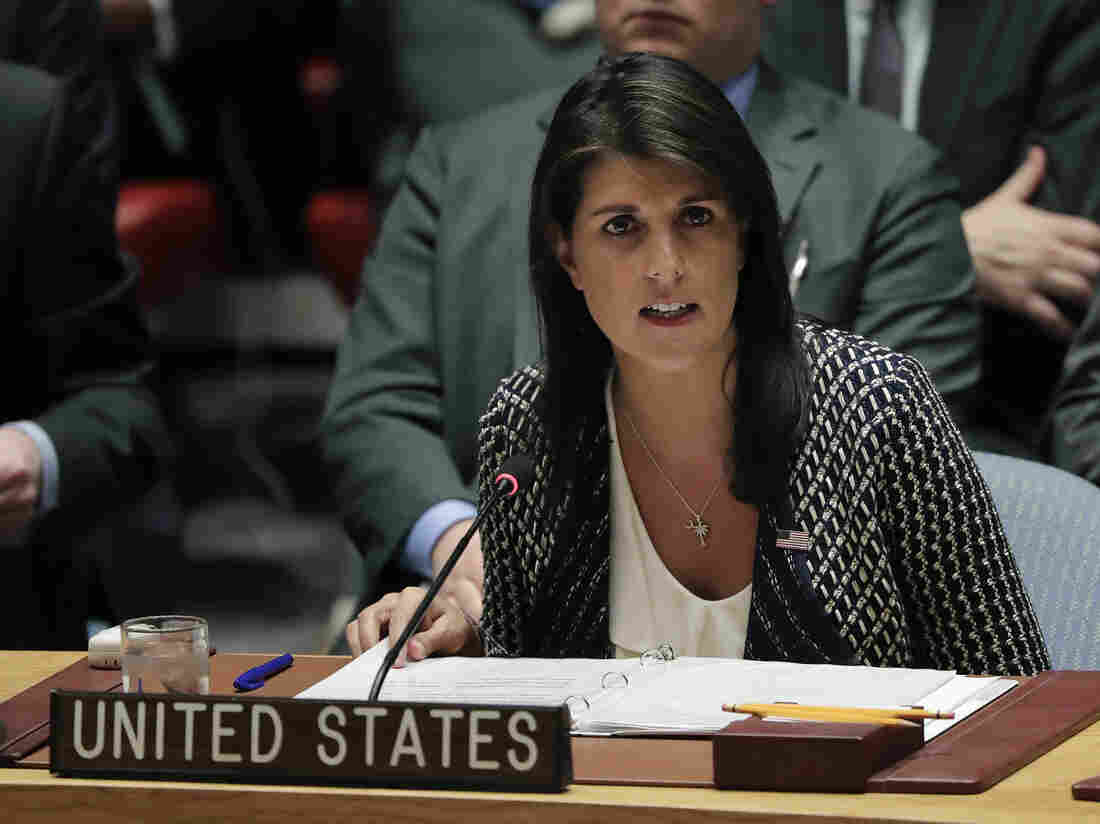 Nikki Haley, U.S. ambassador to the United Nations, speaks during a Security Council meeting on Friday. On Sunday, she said new Russian were forthcoming, only to be contradicted by the White House. Julie Jacobson/AP hide caption 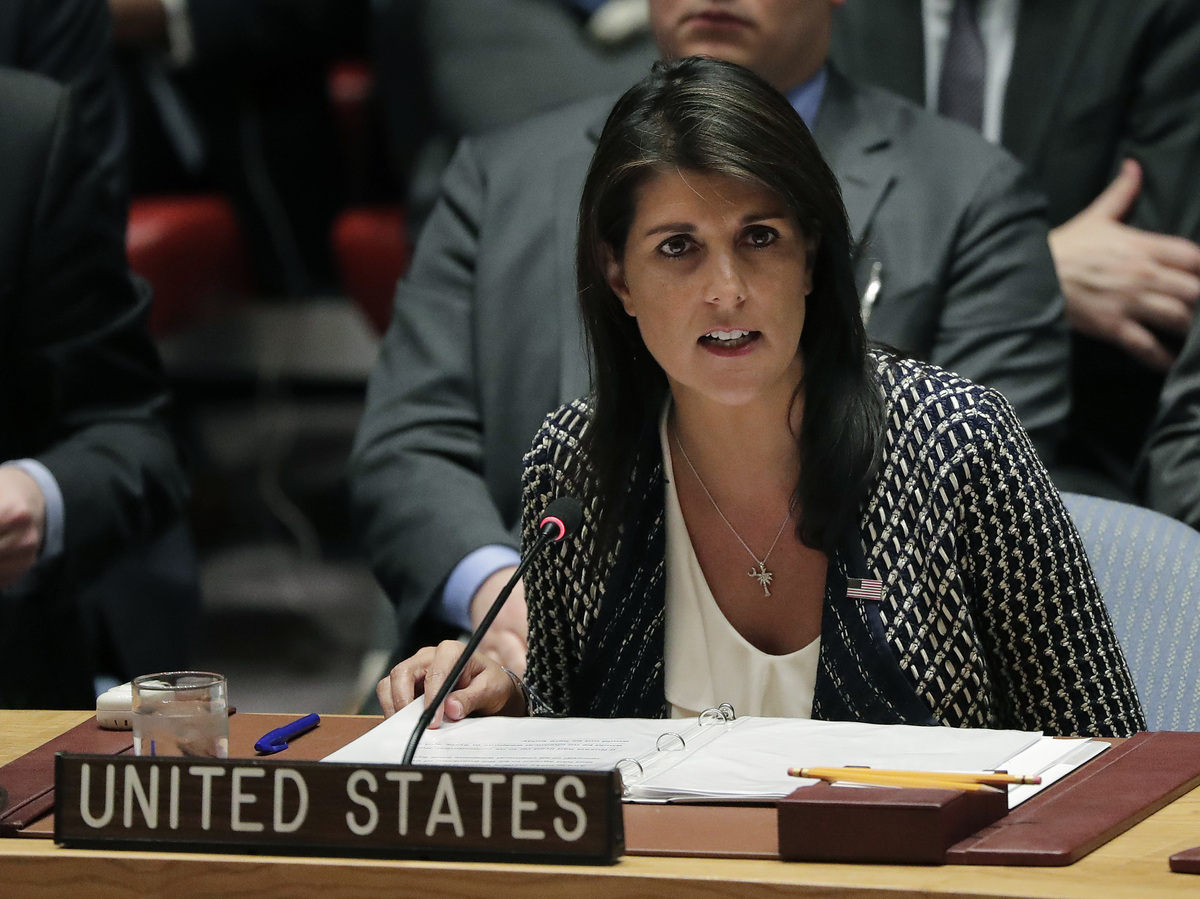 Nikki Haley, U.S. ambassador to the United Nations, speaks during a Security Council meeting on Friday. On Sunday, she said new Russian were forthcoming, only to be contradicted by the White House.

Russia said Wednesday that it has received word that the U.S. has no plans for further sanctions after confusion over the issue involving U.N. Ambassador Nikki Haley, who announced fresh sanctions only to be contradicted by the White House.

Russia's official TASS news agency quoted a source in the foreign ministry as confirming, "the United States has informed the Russian embassy that there will be no new sanctions for now."

On Sunday, Haley, appearing on CBS' Face the Nation, said the U.S. was ready with a new round of economic sanctions on Russia for its backing of Syrian President Bashar al Assad's alleged use of chemical weapons.

President Trump, who was reportedly watching as Haley made the remarks, "grew angry, according to an official informed about the moment. As far as he was concerned, he had decided no such thing," The New York Times reports.

What ensued was something of a public spat between Haley and Larry Kudlow, the White House economic adviser.

Kudlow said of Haley "There might have been some momentary confusion about that," a remark that apparently did not sit well with the ambassador, who issued a statement of her own to Fox News: "With all due respect, I don't get confused."

As The Associated Press notes, "The White House had been struggling to explain Haley's remarks amid reports that [the president] put the brakes on the new sanctions. Several administration officials have disputed that characterization, saying Haley was out of the loop."

"The feud appeared to quiet down after ... Kudlow called Haley to apologize Tuesday afternoon, a White House official said. The official spoke to The Associated Press on condition of anonymity to describe private discussions.

Earlier Tuesday, Kudlow told reporters during a briefing in Florida that Haley 'got ahead of the curve' when she said the U.S. would be slapping new sanctions on Russia on Monday in retaliation for the country's support for Syria's Assad government after its latest suspected chemical attack."

Also ahead of the curve appeared to be Russia's Kommersant newspaper — a publication known for deep sources within the Russian government. The paper published an April 15th report — the same day Haley made her public remarks on sanctions — claiming to US Ambassador to Russia John Huntsman had also delivered a formal letter to Moscow warning of impending new U.S. penalties over "support of the Syrian regime."