Accessibility links
'Houses Disappeared' When Tumbleweeds Rolled Into This California City : The Two-Way A resident of Victorville, Calif., says tumbleweeds roll in whenever a strong wind kicks up but that this latest round felt "like we were being invaded."

'Houses Disappeared' When Tumbleweeds Rolled Into This California City

'Houses Disappeared' When Tumbleweeds Rolled Into This California City 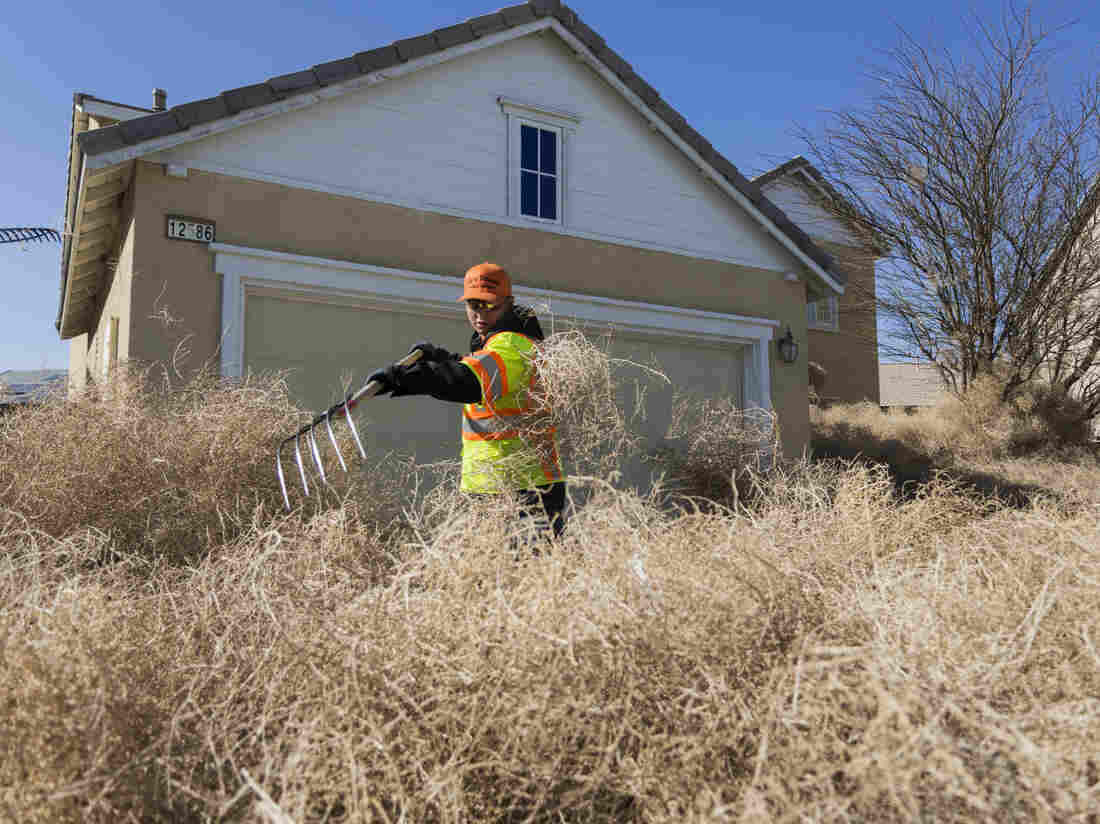 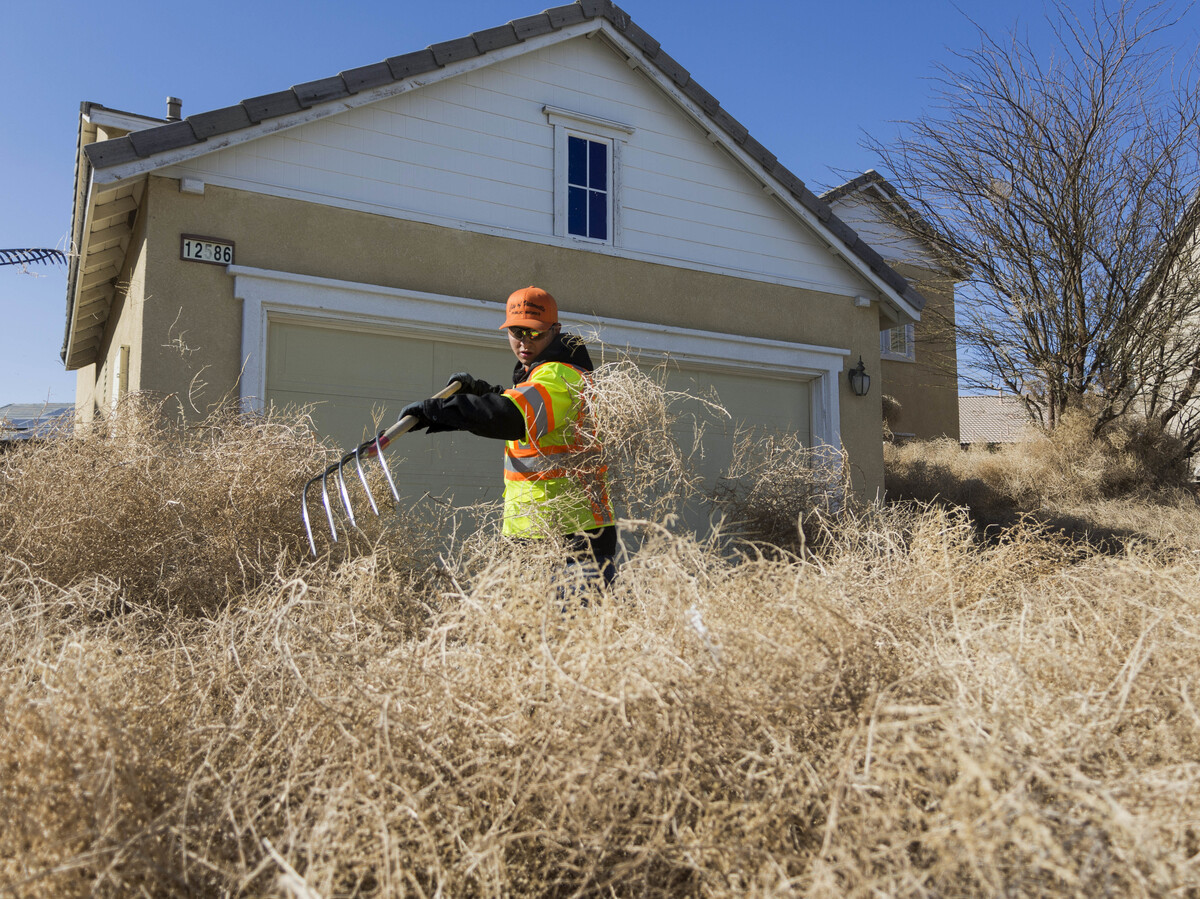 A member of the Victorville public works team clears tumbleweeds from homes in Victorville, Calif., on Monday.

A strong breeze can toss around all sorts of detritus, but for residents of one California community on the edge of the Mojave Desert, where area gusts topped 50 mph Monday, it was tumbleweeds at the whims of the wind.

"It looked like a war of tumbleweeds, like we were being invaded," Victorville resident Bryan Bagwell, 42, tells NPR. He says cleanup in Victorville, about an 85-mile drive from Los Angeles, was continuing Wednesday.

Dozens of homes in his neighborhood, which borders an undeveloped tract of desert land, were seemingly swallowed up by mounds of the dry brush.

Bagwell says the buildup reached 7 feet high on his own property and that it took a laborer several hours with a pitchfork to move the tumbleweeds to the street for the city to pick up with a front loader.

But he says he witnessed worse for some neighbors, whose "front of houses disappeared."

Sue Jones, public information officer for the City of Victorville, tells NPR that about 100 homes in the neighborhood required help after having their entryways at least partially blocked.

"We responded all hands on deck to go out and assist them," Jones says, noting that typically it would be homeowners' responsibility to clean up private property.

But on Monday, several city divisions pitched in, including from the San Bernardino County Fire Department, to get rid of the tumbleweeds that Jones likens "to Legos: They stick together, so they create a wall."

A wall that makes for easy kindling.

"We saw it as a safety hazard as well as potential fire hazard," she says.

Bagwell says that while Monday's incident was bad, it wasn't unique because for the past year and a half, tumbleweeds have been blowing into the neighborhood "at least once a month."

They have been allowed to proliferate on land nearby that is privately owned and undeveloped, Bagwell says. So whenever the wind kicks up, they become his and his neighbors' unwelcome guests.

Jones says the city has reached out to the landowners "to try to get them to abate the weeds and be more proactive."

A nuisance to some, tumbleweed to others might evoke cinematic scenes of the American West. However, it actually comes from a plant called Russian thistle (although the term tumbleweed can also refer to a range of plants that dry up, break off and blow in the wind).

The seeds are thought to have arrived in the U.S. via contaminated flaxseed from Russia in the 19th century. The plant took to its new home and then some, spreading fast across much of the nation.

National Geographic reports the invasive species is "ubiquitous in the West," breaking off each winter when the plant dies and capable of spreading up to 250,000 seeds as it rolls.

Stories about towns being buried in tumbleweeds crop up from time to time.

In 2014, the Los Angeles Times reported on an infestation across Southern California, noting that it gets worse during dry periods.

Bagwell, who has lived in Victorville since 2011, says it has gotten so bad that he has considered moving.

"It's kind of like having a rosebush get tossed in your yard," he says, minus the benefit of the blooms. He says prickly parts break off and "get stuck in your shoes, they get on your carpet. ... It's just a nightmare."

And Bagwell says it's just a matter of time before the next round rolls in.