Accessibility links
Gov. Eric Greitens: Case Against Missouri Governor Can Proceed, Judge Rules : The Two-Way Greitens' lawyers accused prosecutors of misconduct. While a judge agreed that the prosecution erred, he opted not to throw out the case, which centers on an alleged nude photo taken without consent. 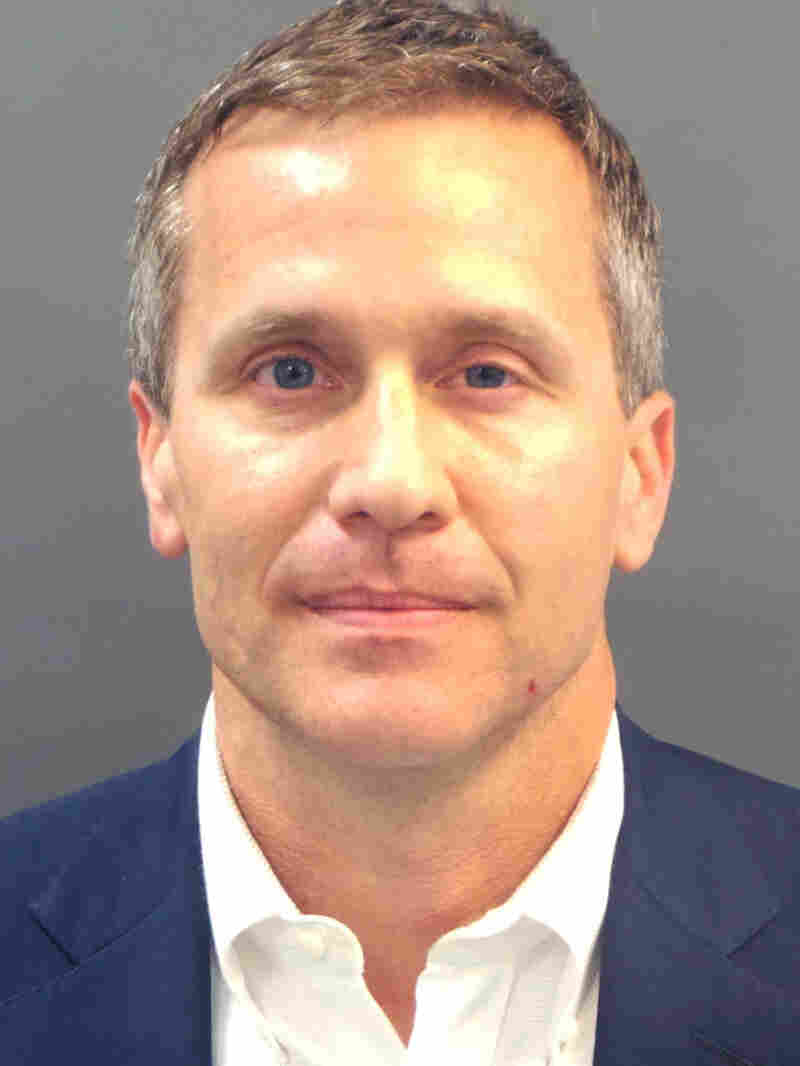 Missouri Gov. Eric Greitens failed in his attempt to have the case against him dismissed. St. Louis Metropolitan Police Department via Reuters hide caption 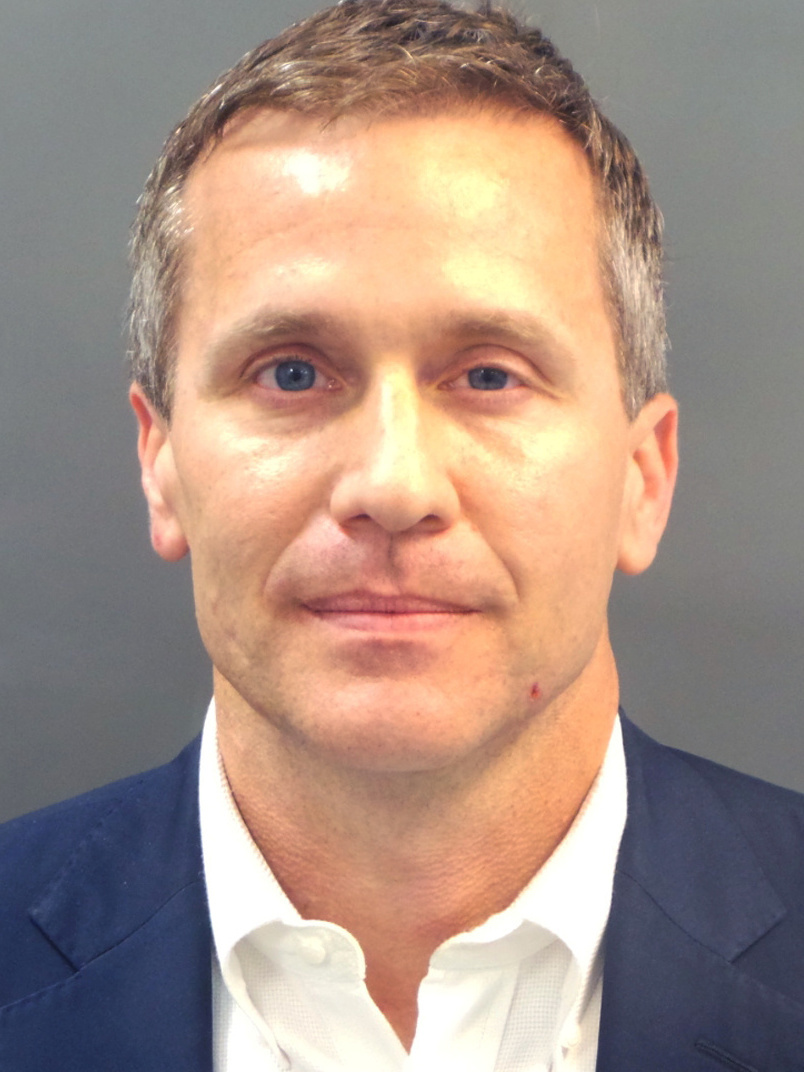 Missouri Gov. Eric Greitens failed in his attempt to have the case against him dismissed.

The felony invasion-of-privacy case against Missouri Gov. Eric Greitens can continue, Circuit Judge Rex Burlison ruled in St. Louis on Thursday. Many of Greitens' fellow Republicans have urged him to resign; he has refused.

Burlison announced he would not dismiss the case in response to a motion from Greitens' defense team, reports St. Louis Public Radio's Jason Rosenbaum.

Greitens is charged with a felony for allegedly taking a photo of a naked woman without her consent. His lawyers said the case should be thrown out because of the conduct of the St. Louis circuit attorney's office.

The defense had accused prosecutors of withholding evidence and said a private investigator hired by the prosecution had lied to the court. The judge agreed that the prosecution acted badly, but rather than throw out the entire case he imposed lesser sanctions.

Burlison announces he will not dismiss case against @EricGreitens.

The trial is scheduled for May 14.

The invasion-of-privacy case is one part of a larger scandal that has embroiled Missouri politics since January, when Greitens acknowledged an extramarital affair. The allegations that have arisen since then have led to the possibility that Missouri's governor could face an impeachment effort from the Legislature his own party controls.

"The developments quickly gained steam: In February, he was indicted for photographing the woman he had an extramarital affair with without her consent. And last week, a detailed investigation by the Missouri House painted the former Navy SEAL as being sexually and physically abusive in the affair.

"While the governor admitted to the affair, he has strenuously denied the woman's characterizations of his behavior. And he has made it clear for months that he is not going to resign."

The woman with whom he had the affair has described Greitens taking a photo of her while she was bound, nude and blindfolded and then threatening to blackmail her with the photo if she told anyone about their relationship.

The felony charge of invasion of privacy centers on the existence of the photo, not any blackmail threat. Prosecutors say by taking such a photo and saving it to a computer, Greitens violated state law.

Prosecutors do not have the photo in their possession.

"In multiple motions filed over the last several days, Greitens' legal team accused Gardner of failing to turn over evidence in a timely fashion — first, a videotape and notes from an interview done with the woman at the center of the case, and then notes from an interview with a confidant of the woman's. Each time, defense attorneys said, the missing evidence was helpful to their case because it called the woman's credibility into question."

Defense lawyers also accused a former FBI officer Gardner hired as a private investigator of lying to the court under oath.

The judge agreed that the prosecution's conduct "is not to be condoned and it is serious." But instead of throwing out the case, he is allowing Greiten's lawyers to take more depositions of key witnesses.

Greitens has called the case against him a "witch hunt." And this week, he filed for a temporary restraining order against Missouri Attorney General Josh Hawley — another fellow Republican. That motion relates to potential new felony charges, which the attorney general says there is enough evidence to bring against the governor over his campaign practices.

On Tuesday, Hawley alleged "that Greitens took a list of donors to his military veterans charity, transferred it to his political campaign, and used it for political fundraising," as NPR reported.

Hawley has sent that evidence to Gardner, whose office is reviewing the information.

As Rosenbaum reports from St. Louis, "Hawley is running for the Senate against Democratic incumbent Claire McCaskill. And observers say he may be worried that the governor's woes will hurt his chances."

It's a stark turnabout for Greitens, 44, who won the governor's office in 2016, succeeding Democratic Gov. Jay Nixon after recording an upset win in the Republican primary. The victory had put him on the map as a rising star in his party, in a state that had voted for President Trump in the 2016 election.

Within months of Greitens' win, Vice President Pence paid a visit. And late last year, Trump visited Missouri to tout the GOP's new tax plan at a rally that both Greitens and Hawley attended alongside Treasury Secretary Steven Mnuchin.