Accessibility links
Arizona Teachers Vote To Strike, Sparking Statewide Walkout : The Two-Way The governor's plan to raise teachers' salaries by 20 percent is meeting with resistance from critics who say it is unrealistic. 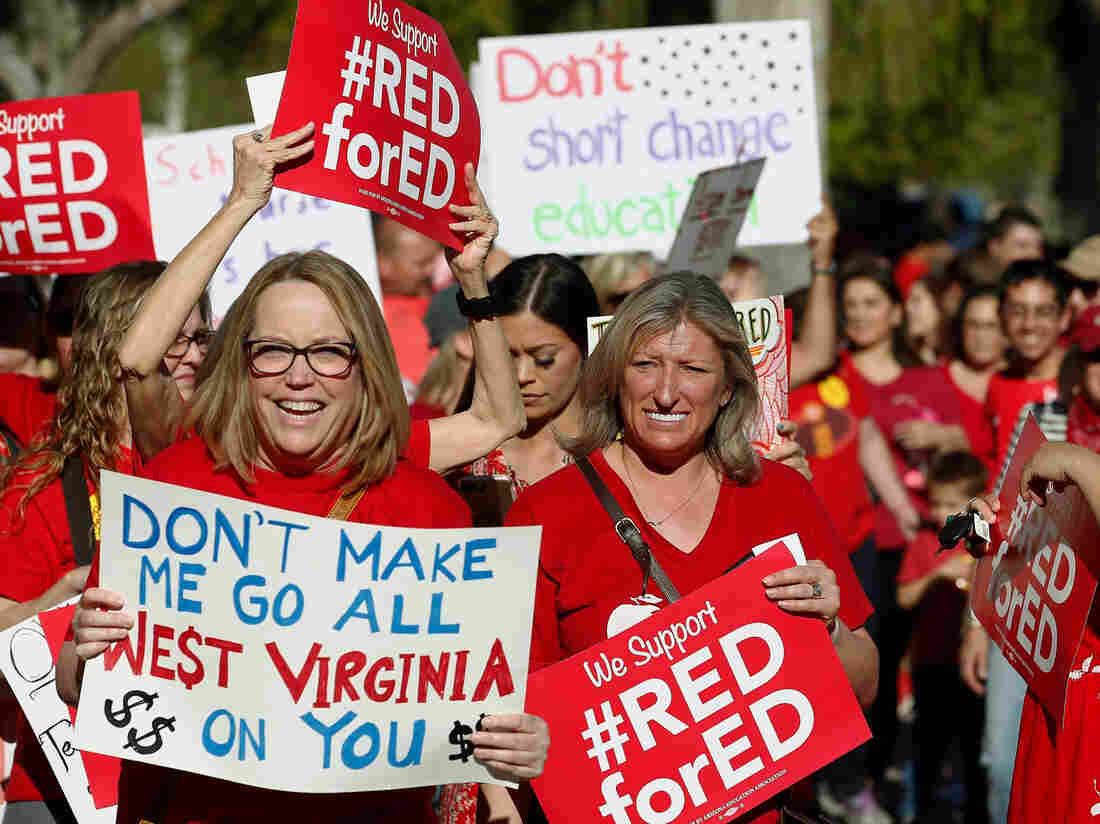 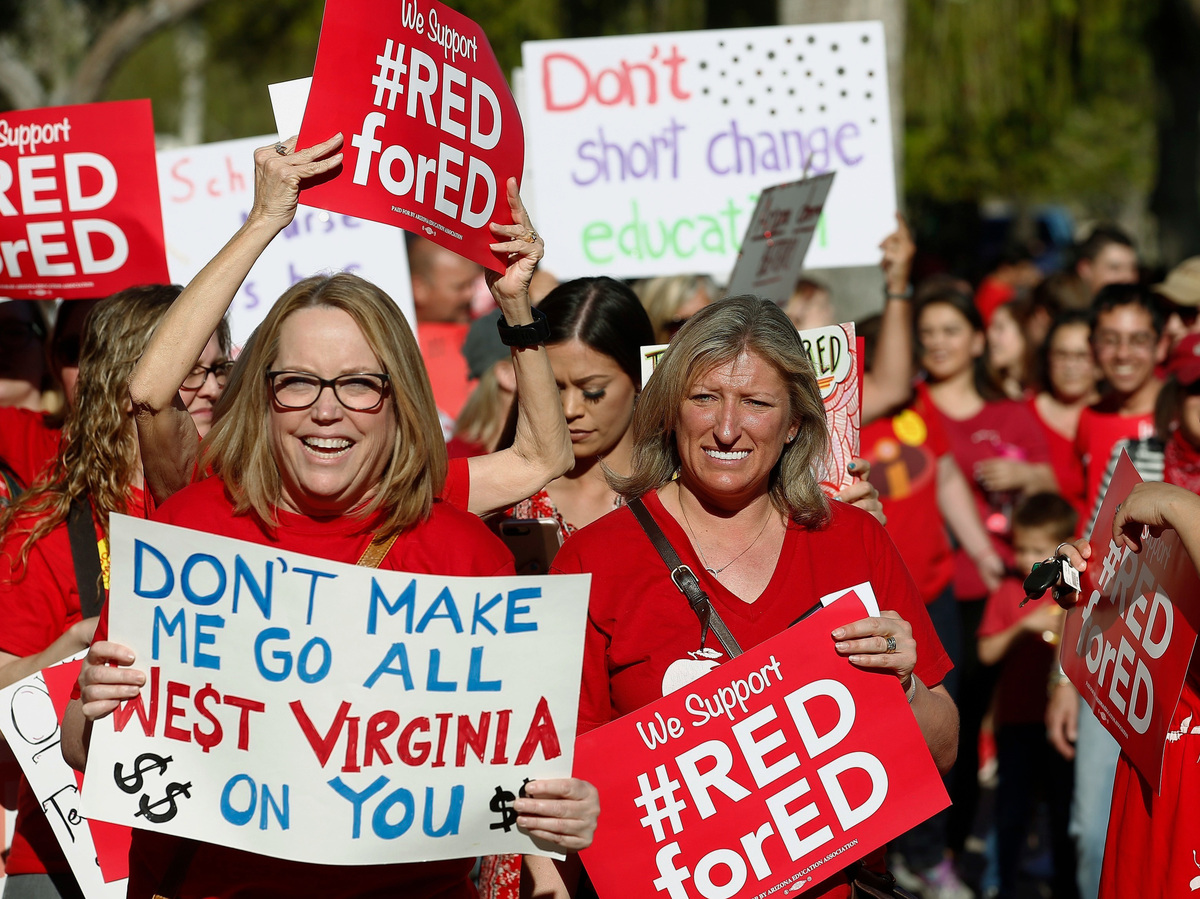 At issue is a plan crafted by Gov. Doug Ducey to give teachers a 20 percent raise by 2020, starting with a 9 percent hike next year.

Initially, Ducey's plan drew support from two education advocacy groups, Save Our Schools Arizona and the Arizona Parent Teacher Association. But both groups have withdrawn their support, saying the plan is not sustainable and likely will come at the expense of others in the educational system.

AZPTA President Beth Simek, in a video statement, said that an analysis from the Joint Legislative Budget Committee staff, coupled with her group's research, led to their decision to oppose Ducey's plan.

"In light of the funding streams that have come to light regarding the '20 by 2020' plan, we can no longer support the governor's proposal," said Simek. "As a voice for children, we hope to see the governor and this legislature find a sustainable, long-term permanent funding source that does not hurt others in the process."

School support staff groups say they feel left out of the governor's plan.

In a tweet, Save Our Schools Arizona said, "It is now clear the existing proposal is not sustainable or comprehensive as a means of increasing educator pay and re-investing in Arizona's classrooms and schools."

Both groups said that they are still ready to work with the governor on a new plan.

Arizona's teachers plan to strike is an unprecedented move and comes with high risk.

"Teachers themselves could face consequences in this right-to-work state, where unions do not collectively bargain with school districts and representation is not mandatory. The Arizona Education Association has warned its 20,000 members about a 1971 Arizona attorney general opinion saying a statewide strike would be illegal under common law and participants could lose their teaching credentials."