Accessibility links
National Teachers Union Cuts Ties With Wells Fargo Over Bank's Ties To NRA, Guns : The Two-Way The American Federation of Teachers, the largest teachers union in the country, says it's ending its relationship with Wells Fargo because the bank does business with the gun industry and the NRA. 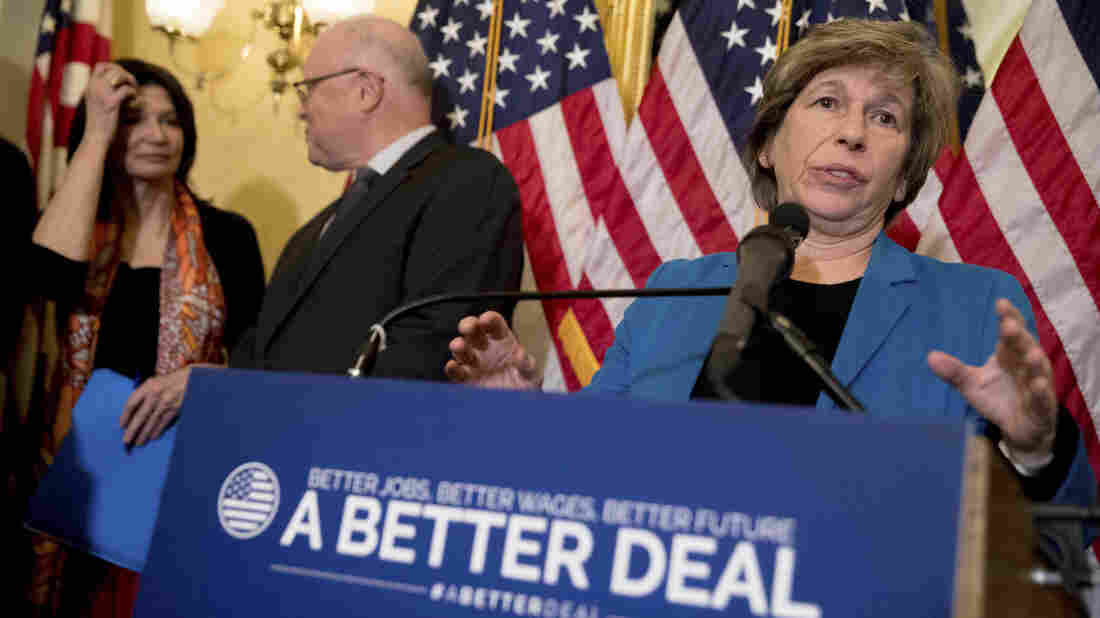 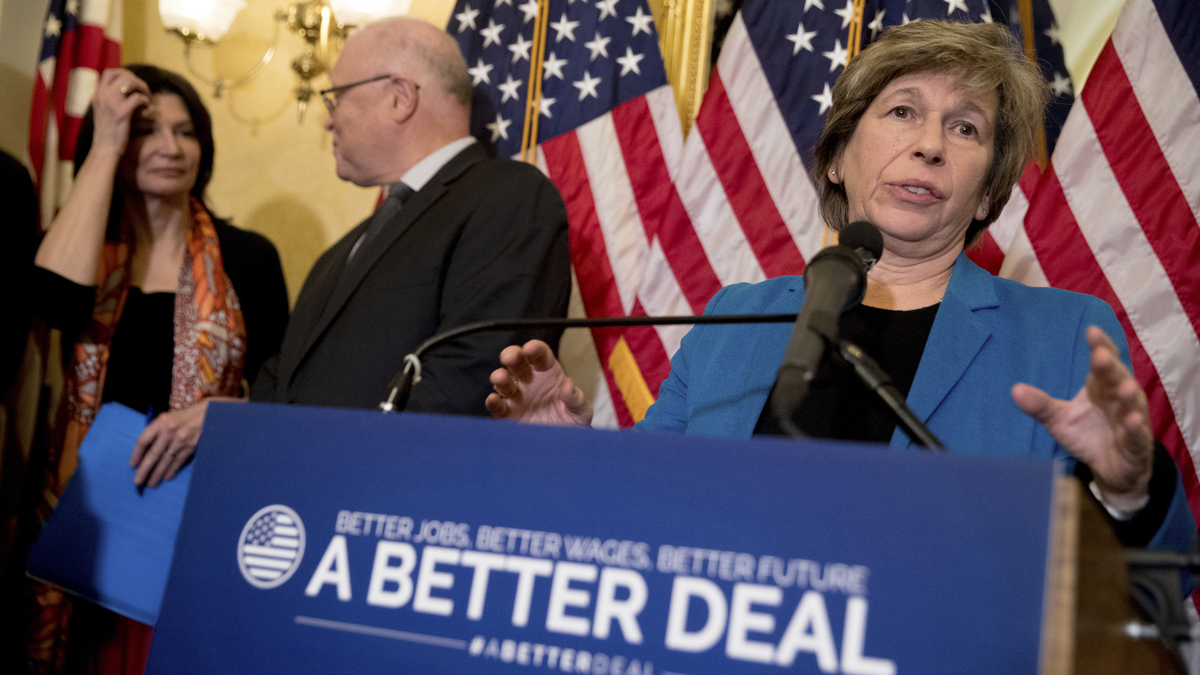 American Federation of Teachers President Randi Weingarten speaks at a news conference on American labor on Capitol Hill in Washington in November.

The American Federation of Teachers said Thursday that it is cutting its financial ties with Wells Fargo as a result of the banking giant's relationships with the National Rifle Association and gunmakers.

The AFT, a 1.7 million-member national union, is dropping the bank as a recommended mortgage lender, to which it currently channels more than 20,000 AFT mortgages.

After attempts were made by the teachers union to meet with bank executives over the matter to no avail, AFT President Randi Weingarten said in a statement, obtained by reporter Charles Lane for NPR:

"Gun violence is an epidemic, but Tim Sloan [CEO of Wells Fargo] won't even engage in a conversation about mitigating it, much less take any real steps. We took him up on his offer to meet with us, then he went radio silent. So if Wells Fargo won't value children and teachers above guns, we won't do business with Wells Fargo."

Weingarten added that the national union has a responsibility to its members and their students who face potential gun violence every day.

In a statement from the bank, USA Today reports:

"Wells Fargo CEO Tim Sloan told AFT President Randi Weingarten in an April 3 letter ... that the best route to combating gun violence 'is through the political and legislative process.' Although Sloan suggested a meeting or conference call to discuss the matter, the sides never got together."

Not all banks agree with the stance Wells Fargo is taking. As Charles reported for NPR's Newscast, "Chase, Bank of America, Citigroup and others have limited their ties to the gun industry."

Wells Fargo's mortgage program had been a benefit promoted on the AFT website, and in 2017 roughly 1,600 union member families received mortgages from the bank.

While the San Francisco-based bank said it supports teachers and their families, in a statement obtained by NPR, it relinquishes responsibility to lawmakers:

"Wells Fargo wants schools and communities to be safe from gun violence, but changes to laws and regulations should be determined through a legislative process that gives the American public an opportunity to participate. We remain firm in our belief that the American public does not want banks to decide which legal products consumers can and cannot buy."

The national teachers union has praised other companies including Bank of America, BlackRock and Vanguard for the steps they've taken in engaging in conversations and amending their affiliation with gun companies, which the AFT says Wells Fargo will not.