Accessibility links
Missouri Gov. Eric Greitens Charged With Second Felony: Computer Data Tampering : The Two-Way The latest charge is related to the alleged use of his veterans' charity donor rolls to raise money for his 2016 gubernatorial campaign. He says he will clear his name in court. 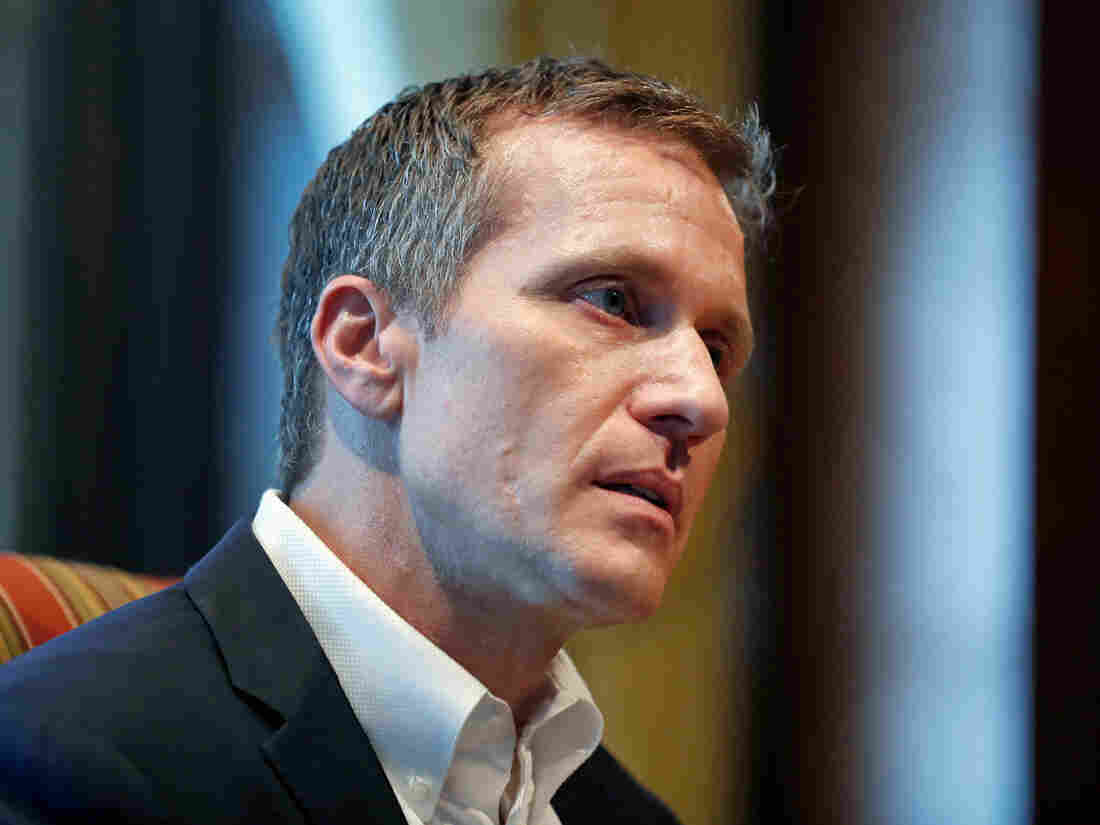 Missouri Gov. Eric Greitens is seen earlier this month discussing a 2015 extramarital affair. He faces a felony charge of invasion of privacy related to the affair and another of computer tampering. Jeff Roberson/AP hide caption 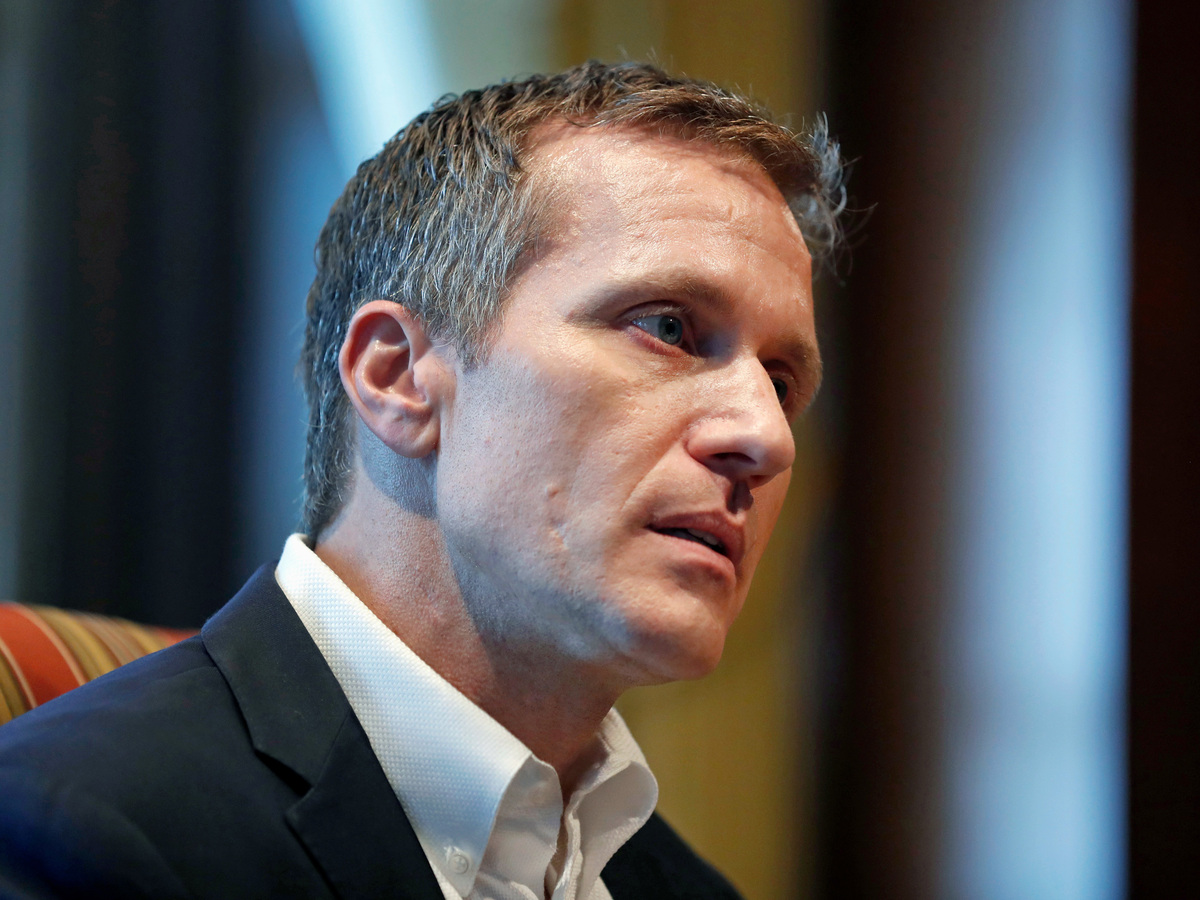 Missouri Gov. Eric Greitens is seen earlier this month discussing a 2015 extramarital affair. He faces a felony charge of invasion of privacy related to the affair and another of computer tampering.

Missouri Gov. Eric Greitens was charged Friday with a felony of illegally obtaining a fundraising list from a veterans charity the once-rising political star co-founded.

The new charge of tampering with computer data filed by St. Louis Circuit Attorney Kim Gardner comes on top of other criminal allegations against Greitens, including an earlier charge of felony invasion of privacy, as well as accusations of sexual assault and blackmail.

AS NPR's Camila Domonske reported, the state has been building the case for some time against Greitens for purportedly using the charity's donor rolls to raise money for his 2016 political campaign.

"St. Louis Circuit Attorney Kim Gardner reviewed the evidence turned over to her by my office and determined that there is probable cause to file criminal charges against the Governor," Attorney General Josh Hawley said in a statement.

"The Office stands ready to assist the Circuit Attorney's Office where appropriate and if needed," he said. "These are serious charges—and an important reminder that no one is above the law in Missouri. Like all criminal defendants, Governor Greitens is presumed innocent under the law until proven guilty."

At a press conference earlier this week, Hawley claimed that Greitens, a former Navy SEAL, illegally took a list of top donors to his military veterans charity, The Mission Continues, transferred the names and contacts to his political campaign, and used them to raise nearly $2 million for his gubernatorial race.

The Associated Press was the first to report on what Greitens had done and at the time, he denied to the AP that he had copied the donor list. But in April 2017, the news wire service said the governor agreed to pay a $100 fine to the state Ethics Commission for failing to report the list as a campaign contribution.

Greitens started The Mission Continues in 2007 but left it in 2014, before he ran for governor.

He has denied all of the allegations against him and as St. Louis Public Radio reported, on Friday night Greitens issued a statement saying he is looking forward to clearing his name.

"By now, everyone knows what this is: this prosecutor will use any charge she can to smear me. Thank goodness for the Constitution and our court system. In the United States of America, you're innocent until proven guilty," Greitens wrote.

"In the United States of America, you get your day in court. And when I have my day in court, I will clear my name." he said. "People will know the truth."

Gardner's office is also behind Greitens' indictment on one count of felony invasion of privacy for allegedly taking a semi-nude photo of a woman with whom he was having an extramarital affair, in which she is bound. She claims he took the picture without her consent, then threatened to blackmail her by saying he would publish it if she revealed their relationship.

Officials in Missouri have called for Greitens to resign but he has refused. Meanwhile, a committee in the state House is considering whether to impeach Greitens.

A previous version of this story incorrectly said Eric Greitens is accused of taking a picture of a woman who was bound and gagged. According to a Missouri House investigative report, the woman was bound and blindfolded.