Accessibility links
VIDEO: Stun Gun Used 10 Times On Airplane Passenger Who Allegedly Fondled A Woman : The Two-Way An American Airlines passenger was shocked with a stun gun 10 times, then forcibly removed from an airplane after a woman accused him of touching her without permission, said Miami-Dade Police. 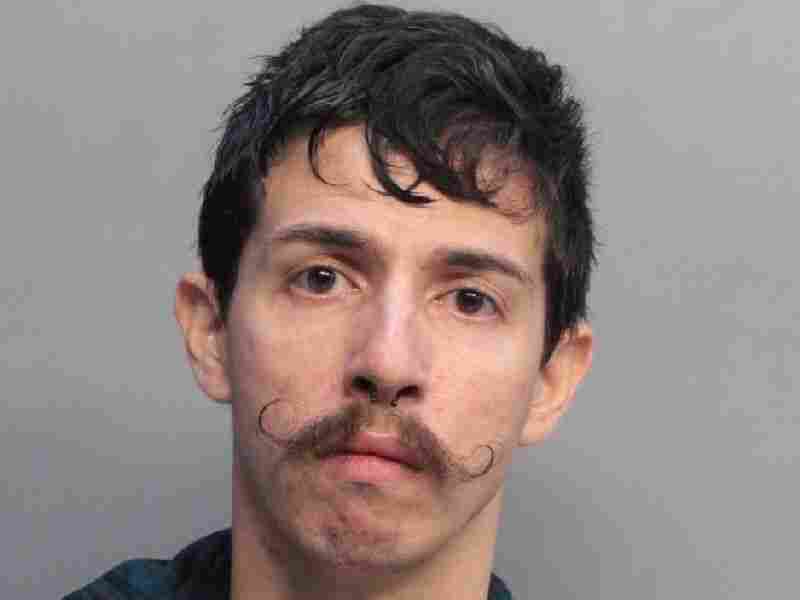 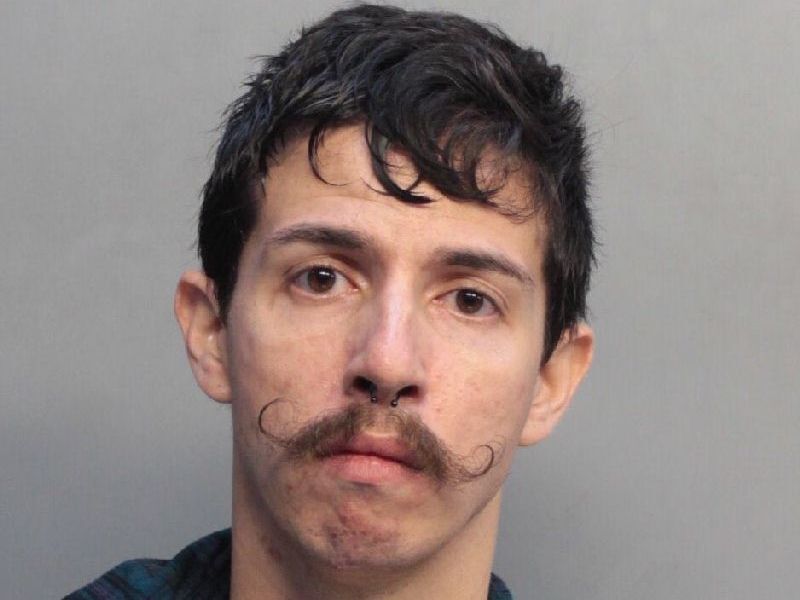 Jacob A. Garcia was forcibly removed from an American Airlines plane Sunday night after allegedly assaulting another passenger.

A man who allegedly touched a woman without her permission onboard an American Airlines plane was shocked with a stun gun 10 times before police finally dragged him off the aircraft and arrested him Sunday night, according to the Miami-Dade Police Department.

And multiple passengers captured the violent altercation on video from multiple angles.

The scuffle started after a woman who was traveling with her boyfriend accused Jacob A. Garcia of inappropriately touching her, Miami-Dade officers wrote in the arrest report. When members of the crew found out they tried to resolve the situation by moving Garcia to another seat. But he would not budge and began screaming insults at the couple, which led to a fight between the two men.

The Chicago-bound aircraft was still at the gate at Miami International Airport, so passengers were ordered to deplane as police officers were called in.

"Once law enforcement was on the aircraft, the passenger then became combative with the officers," American Airlines said in a statement.

It's around this point in the series of events that most of the videos available online pick up.

It's unclear whether Garcia is feigning confusion or is genuinely perplexed by the appearance of four officers at Row 13 Seat C, but he can be seen asking repeatedly, "What is the reason why you are removing me from this plane?"

None of the officers offer a reply, but one passenger pipes up: "Well, you just assaulted a lady, for one. ... You're racist, for two."

Garcia doesn't acknowledge either accusation, but the caption of one of the passenger-recorded videos says the 28-year-old Chicago resident made "racist remarks to the gate agent."

"Do not fight," the officers shout at Garcia as they grapple to get him into handcuffs. But even as he is restrained in a chokehold, he manages to squirm an arm free.

"Let's tase him," one of the officers says.

Officer Roody Desroches, who is holding Garcia by the collar of his blue plaid shirt, agrees, and gives Garcia a heads-up: "I'm about to tase you!" he says, discharging the electronic control weapon.

The line earned Desroches a round of applause from passengers who can be heard clapping in the background.

But Garcia doesn't appear particularly fazed by the hit. Even while being shocked he is heard taunting and yelling expletives at another officer.

"You're like a little baby," Garcia spits at Desroches after the first wave of electricity has been spent.

The arrest form indicates, "Desroches attempted a total of ten deployments of his [weapon] for a duration of 50 seconds."

A little excitement caused delay.. Miami PD had to TASE & forcibly remove this asshole from my flight home 😳 pic.twitter.com/GhihpmcCiJ

Garcia was eventually cuffed and carried out of the aircraft. According to the report, on the way out of the terminal he collapsed to the ground and grabbed Desroches' handgun, but the police officer quickly recovered the weapon.

Even in the back of the police car, Garcia's defiance could not be contained. Documents indicate he kicked the driver-side rear window out of alignment, "causing approximately $150 in damages."

Garcia was arrested on five charges, including battery, resisting arrest and depriving an officer of his means of protection.