Accessibility links
London's Parliament Square Gets Its First Statue Honoring A Woman : The Two-Way The monument depicts suffragist leader Millicent Fawcett, who fought for decades to secure the vote for all women. The bronze joins 11 statues of men such as Winston Churchill and Abraham Lincoln.

London's Parliament Square Gets Its First Statue Honoring A Woman

London's Parliament Square Gets Its First Statue Honoring A Woman 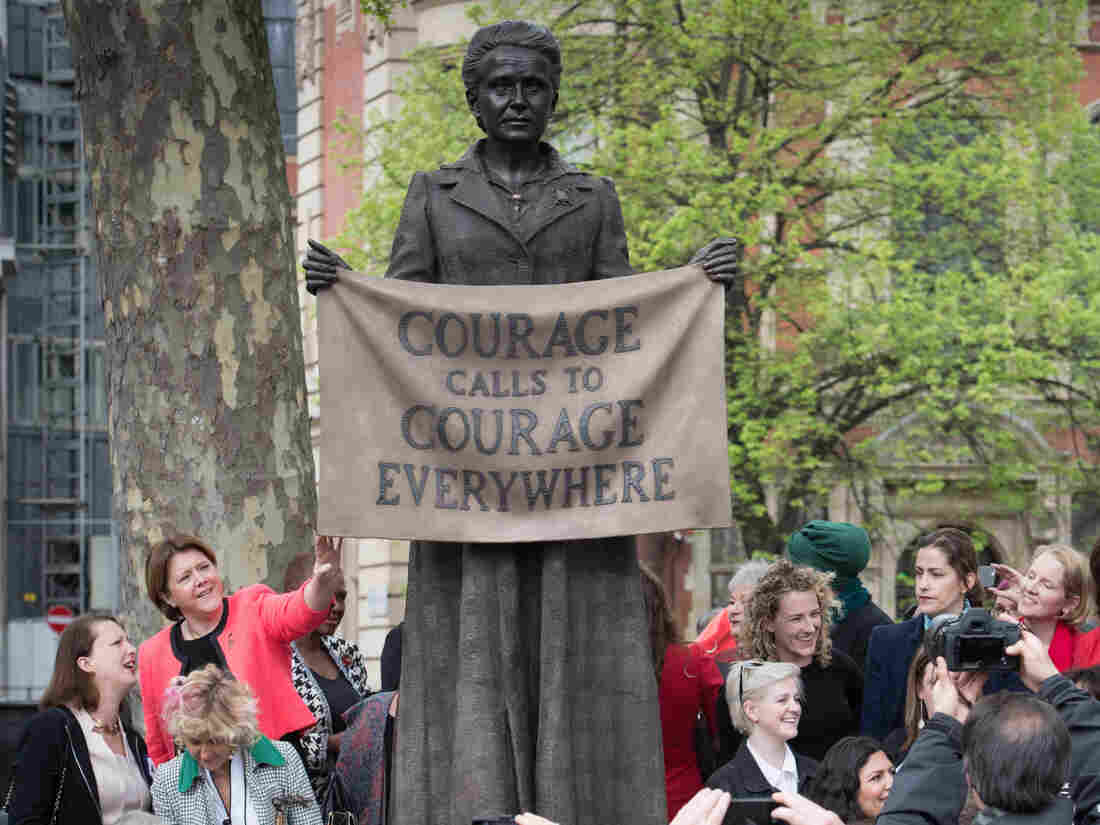 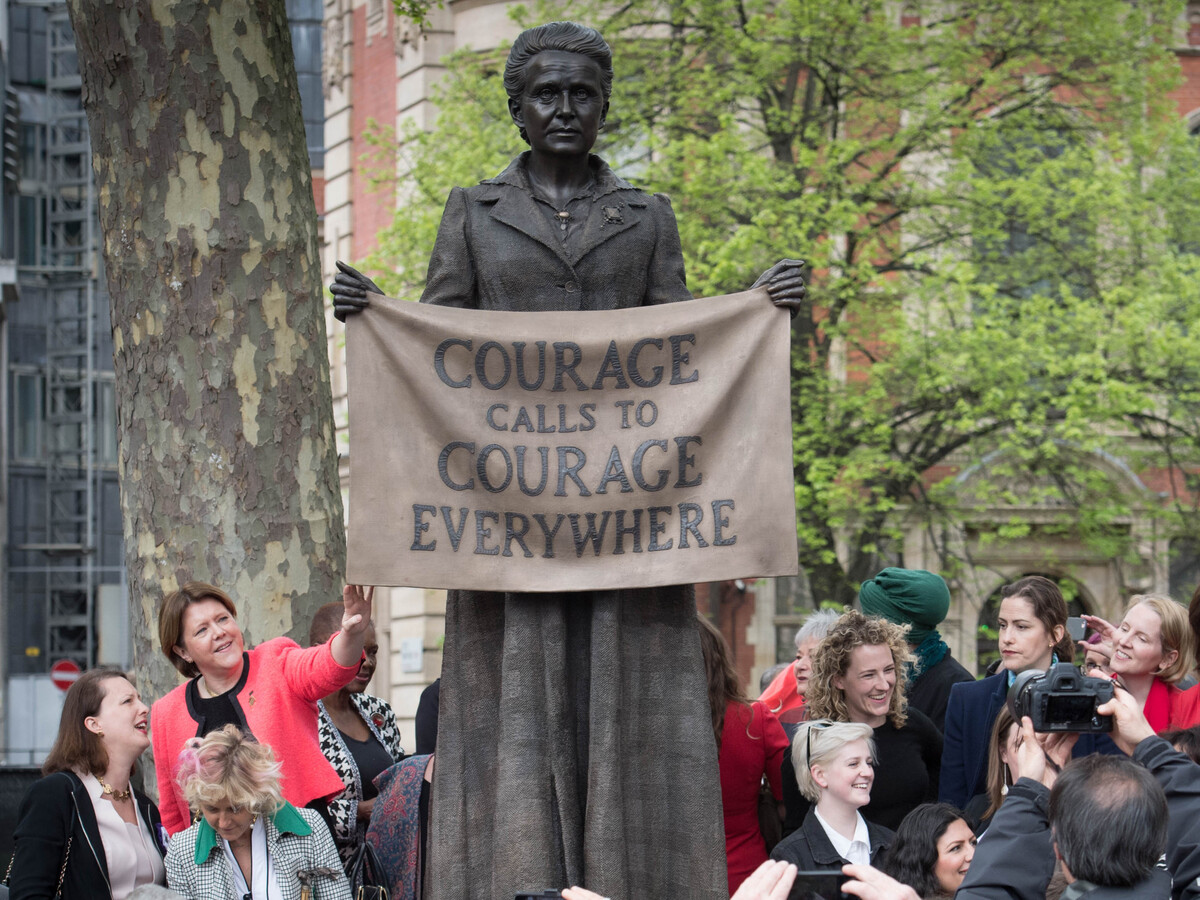 The statue of suffragist leader Millicent Fawcett is unveiled Tuesday in Parliament Square in London.

For nearly 150 years, it's been men only: Winston Churchill, Nelson Mandela, Abraham Lincoln, Mahatma Gandhi and seven other statesmen. But on Tuesday, the statuary in London's Parliament Square got a new face: suffragist leader Millicent Fawcett.

British Prime Minister Theresa May spoke at the unveiling ceremony and hailed Fawcett as a pioneering feminist who was instrumental in gaining political agency and power for women throughout the country.

"I would not be standing here today as prime minister, no female MPs would have taken their seats in Parliament, none of us would have had the rights and protections we now enjoy, were it not for one truly great woman: Dame Millicent Garrett Fawcett," May said.

The bronze statue depicts Fawcett at age 50 as she was awarded a brooch from the National Union of Women's Suffrage Societies. In her hands is a placard that reads, "Courage Calls To Courage Everywhere," which was taken from a speech she gave after the death of fellow suffragist Emily Wilding Davison at the 1913 Epsom Derby.

'The Woman's Hour' Documents Pivotal Leaders In The Fight For Suffrage

'The Woman's Hour' Documents Pivotal Leaders In The Fight For Suffrage

Born in 1847, Fawcett dedicated much of her life to fighting for women's rights. She began campaigning for the right to vote at age 19 and quickly became well known as a speaker and organizer. She became president of the NUWSS in 1907 and worked to broaden the group's base to include working-class women. She died in 1929, a year after all women over the age of 21 were granted the right to vote.

London Mayor Sadiq Khan noted Fawcett's inclusion, or that of any woman in Parliament Square, is long overdue.

"When you think of the great people in Parliament Square and when you realize that not one of them is a woman, it sort of begs the question, are we saying there haven't been incredible women in the past? That our country hasn't been built on the back of great women?" Khan said.

The campaign to include a statue of a woman was launched by activist Caroline Criado Perez. She told the BBC that she was jogging past the historic square on International Women's Day in 2016 when she when noticed the absence of any female figures. She started the campaign "as she sat on a bench outside Buckingham Palace at the end of her run," according to the broadcaster.

Why is Millicent Fawcett getting her own statue in Parliament Square? https://t.co/e6fNQd9ezH pic.twitter.com/y09ruvrxIT

"If [Fawcett] were a man, she'd have hundreds of statues up to her," Criado Perez told the BBC. "She's directly facing Parliament with her placard, so the MPs can see her everyday and think, 'I should probably go and sort that problem out.' "

Fawcett's monument is also the first in the square to be created by a female artist — Gillian Wearing, a conceptual artist who won the Turner Prize in 1997.

"Other designers and artists just didn't get it like Gillian did," Criado Perez told the BBC. "For me, it was very important [Millicent] was middle aged. I wanted her to be standing there not at all sexualised, but statesmanlike."