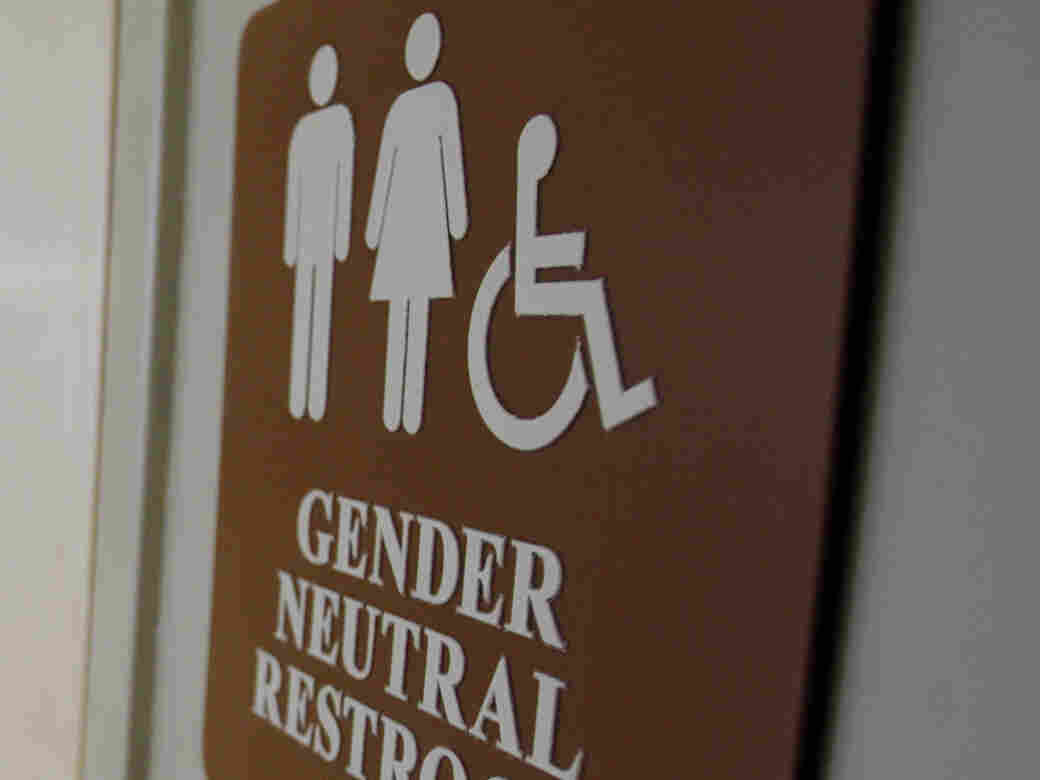 A sign marks the entrance to a gender-neutral restroom at the University of Vermont in Burlington, Vt. in 2007. Toby Talbot/AP hide caption 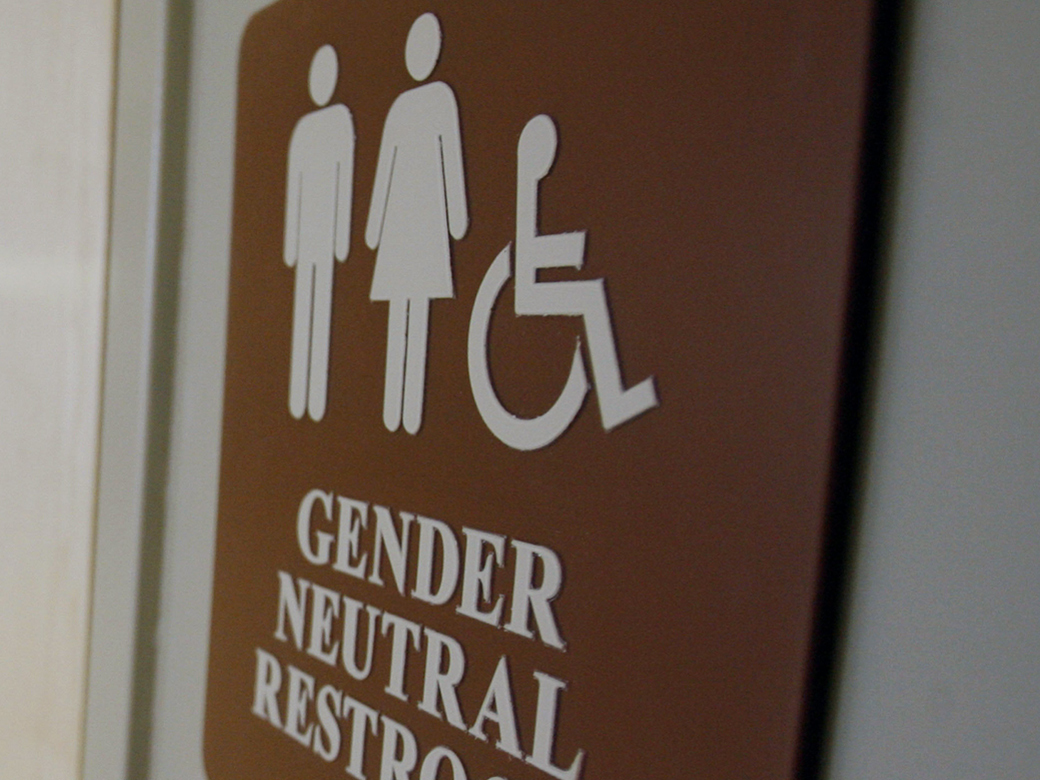 A sign marks the entrance to a gender-neutral restroom at the University of Vermont in Burlington, Vt. in 2007.

Signs on all city-owned, single-occupancy restrooms, in the town made famous by its native son Frank Sinatra, will be replaced to reflect the change by May 31, just in time for LGBT Pride Month, Hoboken Mayor Ravinder S. Bhalla says.

And, Bhalla plans to take it a step further asking the city council to vote for an ordinance that will make all bathrooms, including those in private establishments, accessible to all gender identities.

More and more states and municipalities have adopted provisions addressing the use of public restrooms by transgender people, according to Ballotpedia, since the the issue became the subject of national discourse in 2016.

At the time, intense debate surrounded the passage of the HB2 bill by North Carolina's legislature, which prevented transgender people from using government-run bathrooms corresponding to the gender with which they identify.

Gender-neutral bathrooms are unisex public toilets that people of any gender or gender identity are permitted to use.

The New Jersey city, with a population of roughly 54,000 residents, until recently had announced that people could use the public restrooms that most closely matched their gender identity.

Bhalla said his executive order is the "next step," designed to "further protect the civil rights and dignity of our transgender, gender non-binary, and queer residents and visitors, but this is just the start. I will continue to introduce progressive and inclusive policies to protect all residents."

But according to American City & County magazine, "not all public administrators are so welcoming of the concept. Even after a similar North Carolina law drew mass derision, the Texas state senate introduced a bill in January [2017] that would require people in Texas to use restrooms that correspond to the gender listed on their birth certificates."

Hoboken isn't the only New Jersey city to say public restrooms are for all gender identifications.

In Jersey City, Mayor Steve Fulop issued an executive order in March 2017 that declared all bathrooms in municipal buildings to be gender neutral. "Fulop's order requires a sign at any bathroom maintained by the city saying, 'Gender diversity is welcomed here; please use the restroom that best fits your gender identity or expression,' " NJ.com reported.

Earlier this month, Anchorage, Alaska, the state's largest city, was the first in the U.S. to vote against a so-called bathroom bill referendum that would have required people to use public bathrooms and locker rooms consistent with their gender at birth, Time reports.