Accessibility links
Professor Who Called Barbara Bush An 'Amazing Racist' Will Keep Her Job : The Two-Way It came down to freedom of speech, according to Fresno State President Joseph Castro. He noted Randa Jarrar made the remarks in a "private capacity," even as he called her conduct an embarrassment. 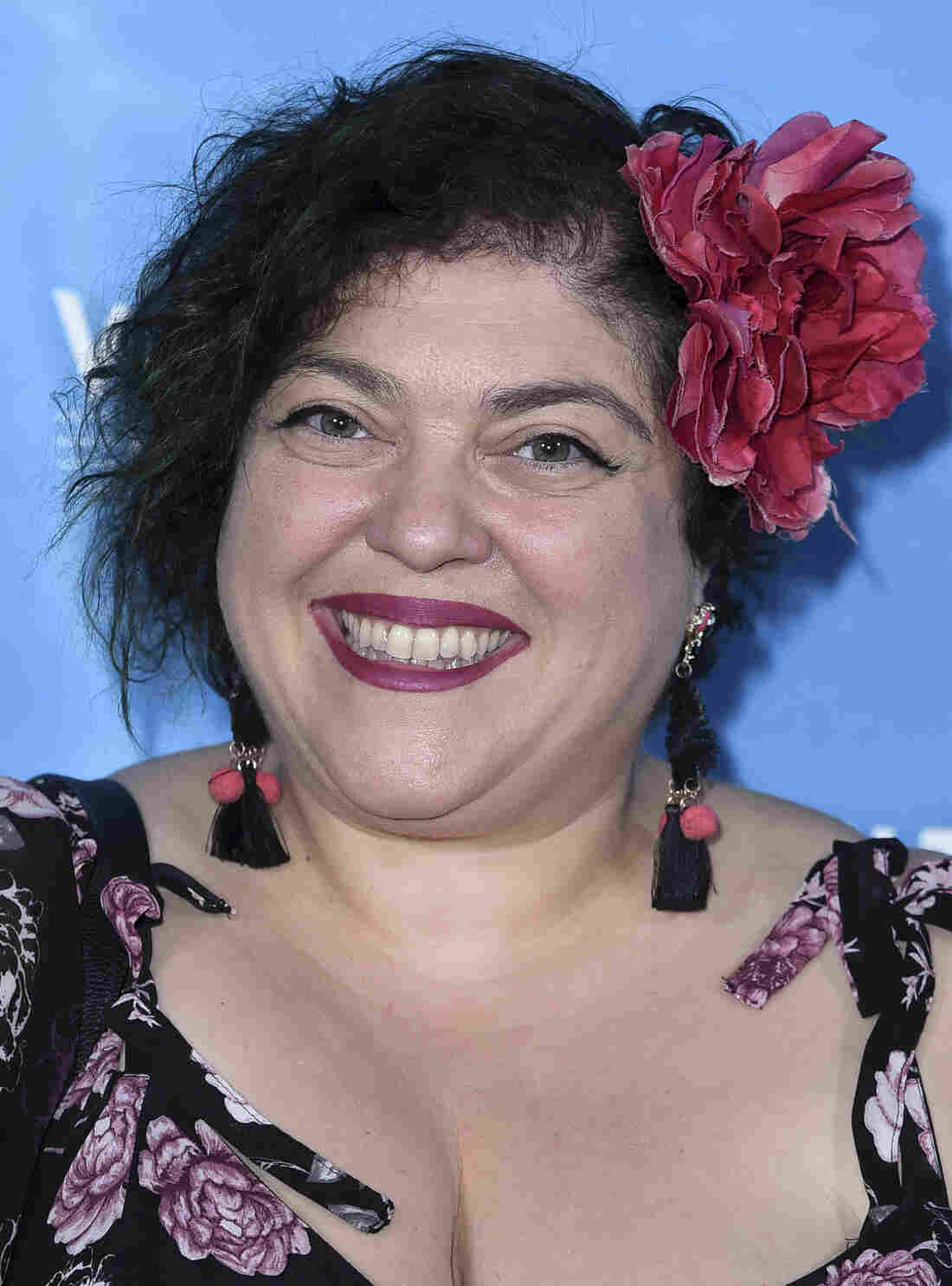 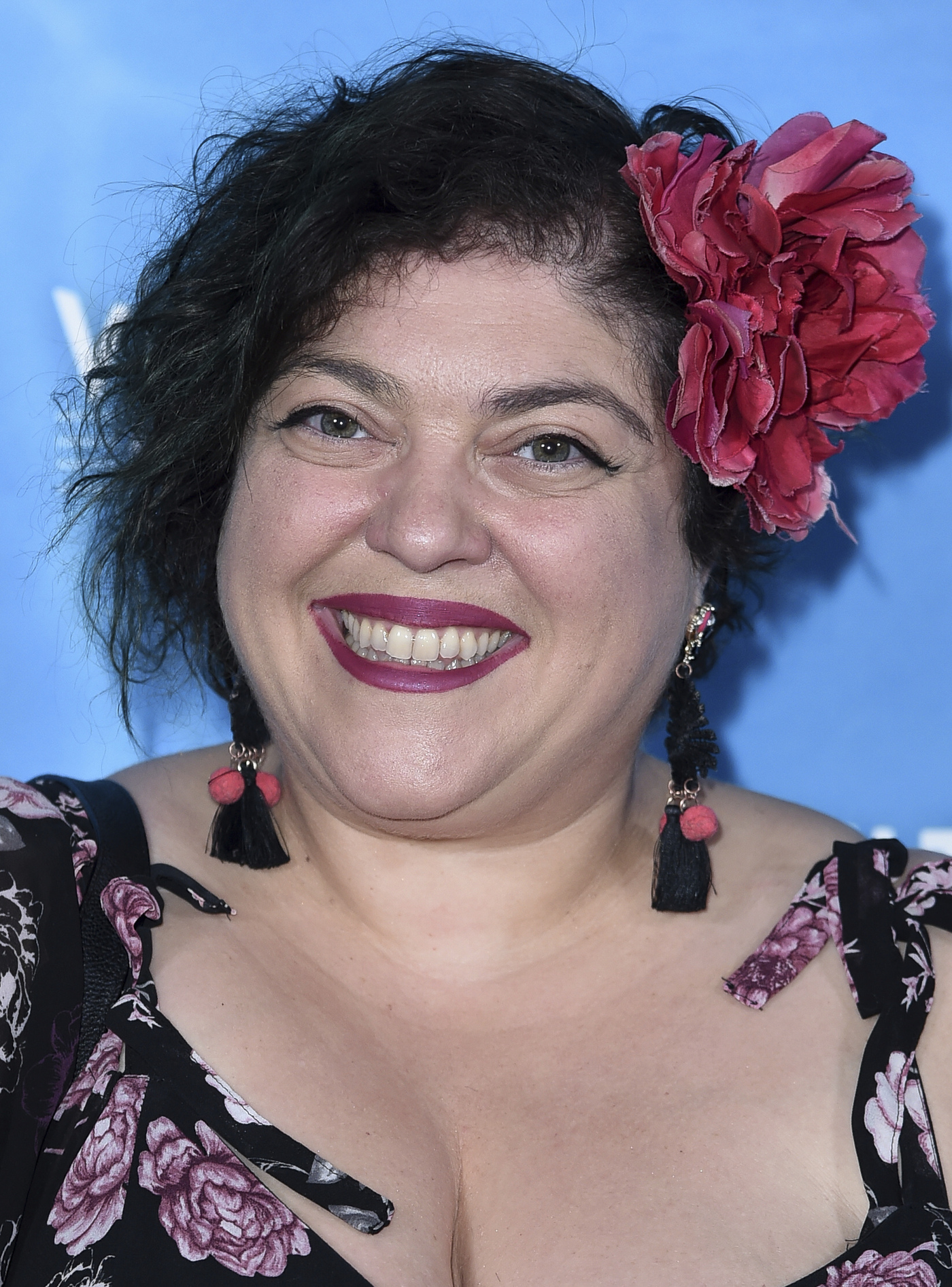 On Tuesday, California State University, Fresno, announced that no disciplinary action would be taken against Randa Jarrar, pictured last year, over her controversial tweets about Barbara Bush.

"I will never be fired," professor Randa Jarrar taunted critics after she blasted Barbara Bush as a racist not an hour after the former first lady's death was announced last week.

And the president of California State University, Fresno, has confirmed that she will keep her job.

After reviewing the facts, "the university does not have justification to support taking any disciplinary action," President Joseph Castro said in a statement Tuesday. "Professor Jarrar did not violate any CSU or university policies."

Shortly after a family spokesman announced Bush's death on April 17, Jarrar took to Twitter make clear her views on the woman who was wife of one president and mother of another.

"Barbara Bush was a generous and smart and amazing racist who, along with her husband, raised a war criminal. F--- outta here with your nice words," she tweeted.

The Fresno Bee preserved a screen grab of Jarrar's tweets and wrote about the ensuing back-and-forth with outraged critics before Jarrar made her account private.

Jarrar also reportedly tweeted, "I'm happy the witch is dead. can't wait for the rest of her family to fall to their demise the way 1.5 million iraqis have. byyyeeeeeee."

In his statement, Castro wrote that while the professor's conduct "was insensitive, inappropriate and an embarrassment to the university," Jarrar was nonetheless "acting in a private capacity and speaking about a public matter on her personal Twitter account. Her comments, although disgraceful, are protected free speech under the First Amendment of the U.S. Constitution."

Jarrar had welcomed critics to reach out to her employer, including the Twitter handles of Fresno State and its president in a tweet that read in part, "What I love about being an American professor is my right to free speech, and what I love about Fresno State is that I always feel protected and at home here."

Her tweetstorm generated thousands of responses, the Bee reports, many of them demanding that Fresno State fire Jarrar. As if to underscore that this would never happen, Jarrar noted that she is a tenured professor in the English Department and makes $100,000 a year, according to the newspaper.

But Castro said the decision to allow Jarrar to keep her job wasn't related to tenure, saying it "is an issue of free speech."

He went on to say, "Let me be clear, on campus and whenever we are representing the university, I expect all of us to engage in respectful dialogue."

Lars Maischak, an untenured history lecturer at Fresno State, bumped up against those limits last year when he tweeted that "Trump must hang," and then made a reference to a "Trump assassin."

Following a backlash, Maischak was put on leave and Fresno State announced he would not be teaching on campus in the fall of 2017.

Professor Randa Jarrar's tweets about Barbara Bush are protected speech under the First Amendment. Period.@ACLU_NorCal teamed up with other civil rights organizations to remind Fresno State there is no First Amendment exception for "disrespectful" speech https://t.co/bJ6uTRJMwY

But some people posting under the hashtag #boycottfresnostate said Jarrar's comments went too far and lamented the lack of disciplinary action taken against her.

I didn’t always agree with what former president GW did, but to make these deranged comments about his dead mother is beyond the pale. As an alumnus I don’t see how I could support an institution that doesn’t fire this employee. They’re unfit to be a teacher. #boycottfresnostate

Shame on @Fresno_State for their lack of action on hateful words of Randa Jarrar on death of Barbara Bush. It shows true colors of University #boycottFresnoState #shameful

A petition on change.org calling for Jarrar to be fired had garnered more than 60,000 signatures as of Wednesday afternoon.

For her part, Jarrar, who is also an author, has been keeping a lower profile.

In an interview Tuesday in New York Magazine's The Cut, she said she stood by her comments.

"I felt compelled to speak up because I want people to remember history. I want people to know that our country's actions don't just disappear," she told the publication. "The Bush family — including Barbara Bush — supported policies that harmed and destroyed the lives of millions," she said citing the war in Iraq, as well as Barbara Bush's remarks about Hurricane Katrina evacuees.

Fresno State says its review of Jarrar and her tweets has now closed. She will remain on leave through the spring semester, Castro said. (Jarrar was already on a requested leave when she made the remarks.)