Accessibility links
After Arrest Of Suspected Golden State Killer, Details Of His Life Emerge : The Two-Way Joseph James DeAngelo has been charged with eight murders, and is suspected in dozens of other crimes. He had recently retired after working 27 years in a supermarket distribution center. 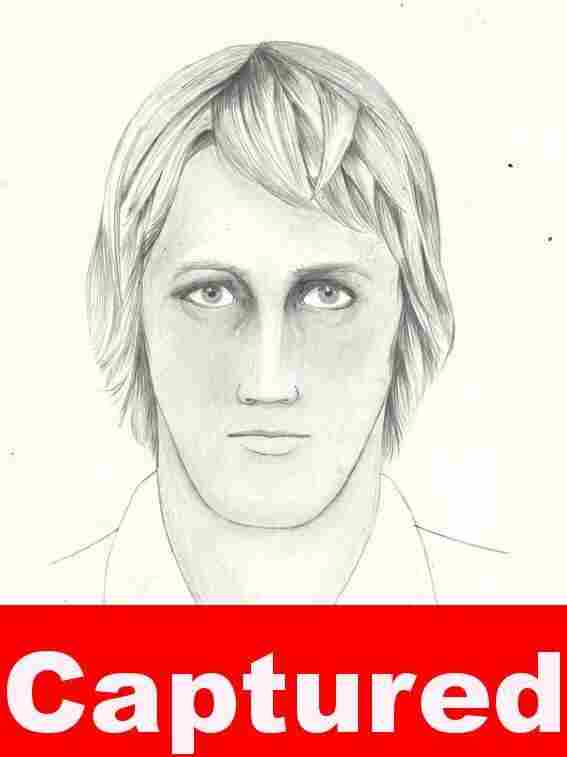 A sketch of the Golden State Killer, an individual associated with a spree of rapes and killings between 1976 and 1986. On Tuesday, police arrested Joseph James DeAngelo and named him as the suspect. FBI hide caption 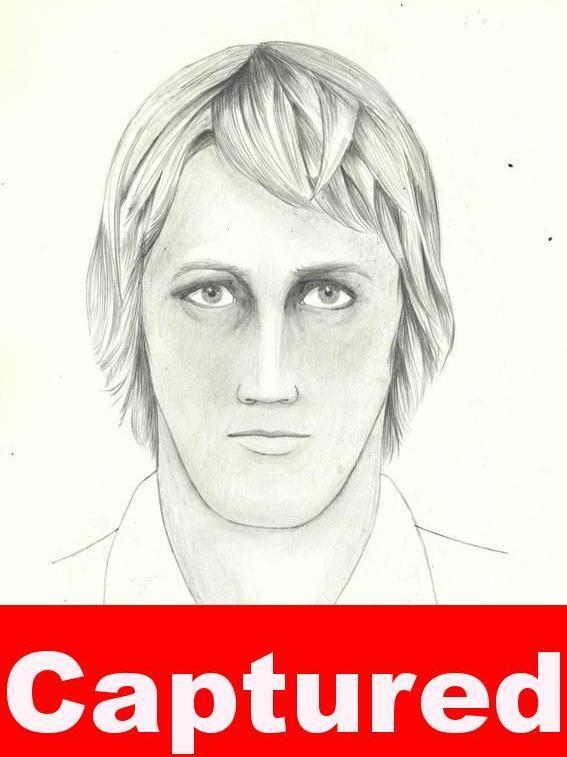 A sketch of the Golden State Killer, an individual associated with a spree of rapes and killings between 1976 and 1986. On Tuesday, police arrested Joseph James DeAngelo and named him as the suspect.

A day after authorities announced the arrest of the suspected Golden State Killer, a few details have come into focus.

A can of dog repellant and a hammer from a suburban Sacramento Pay N' Save: the things that Joseph James DeAngelo shoplifted in 1979, costing him his job as a police officer in Auburn, Calif.

The coins and small items that the man then called the East Area Rapist would take during his attacks.

The as-yet-unidentified item discarded by DeAngelo that had a sample of his DNA on it — enough to provide the evidence leading to his arrest.

The FBI posters seeking information about a white man with blond or light brown hair and an athletic build, sketched many decades ago — now with "Captured" emblazoned in red.

The 72-year-old from Citrus Heights, Calif., has now been charged with eight murders in three California counties. Police suspect he committed at least four other murders and about 50 rapes.

"If you lived in Sacramento during that time frame, you have a story of what happened and where you were and what was going on," Knutson said. "Everybody knows about East Area Rapist/Golden State Killer here in Sacramento. During that time frame, everybody was in fear. We had people sleeping with shotguns. We had people purchasing dogs. I think locksmiths' business went way out of control because of the fact that everyone was changing locks on their doors."

So, who is Joseph DeAngelo? According to The Sacramento Bee: 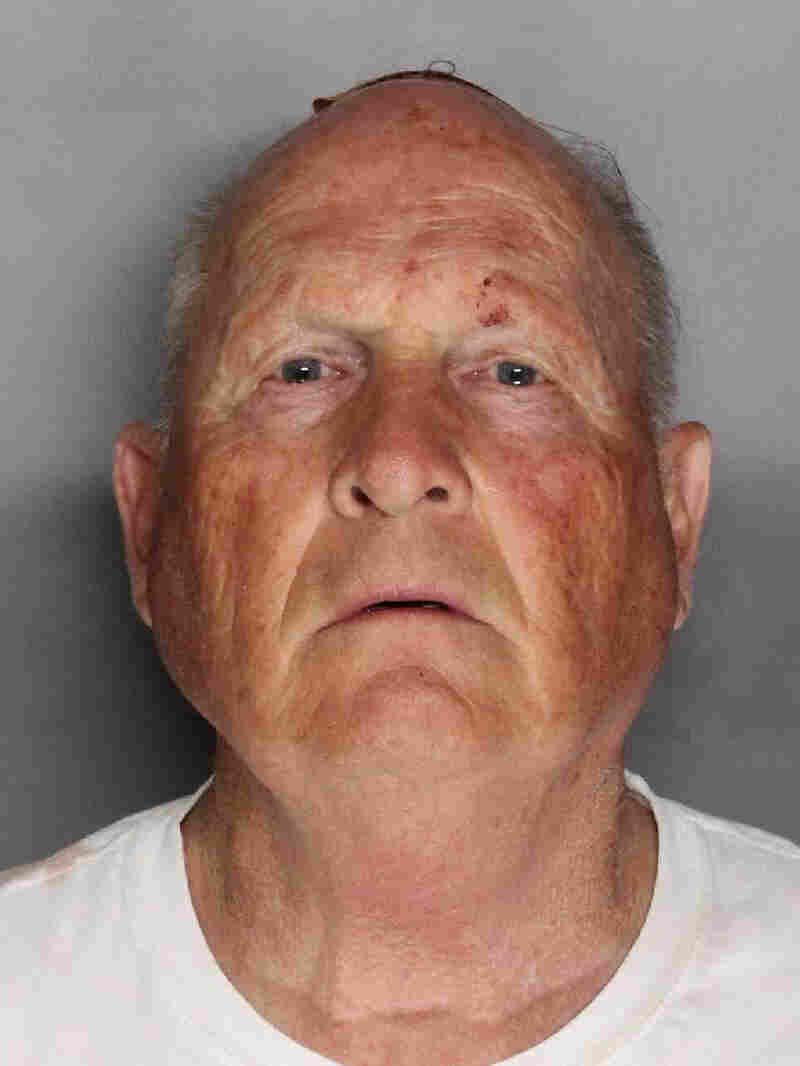 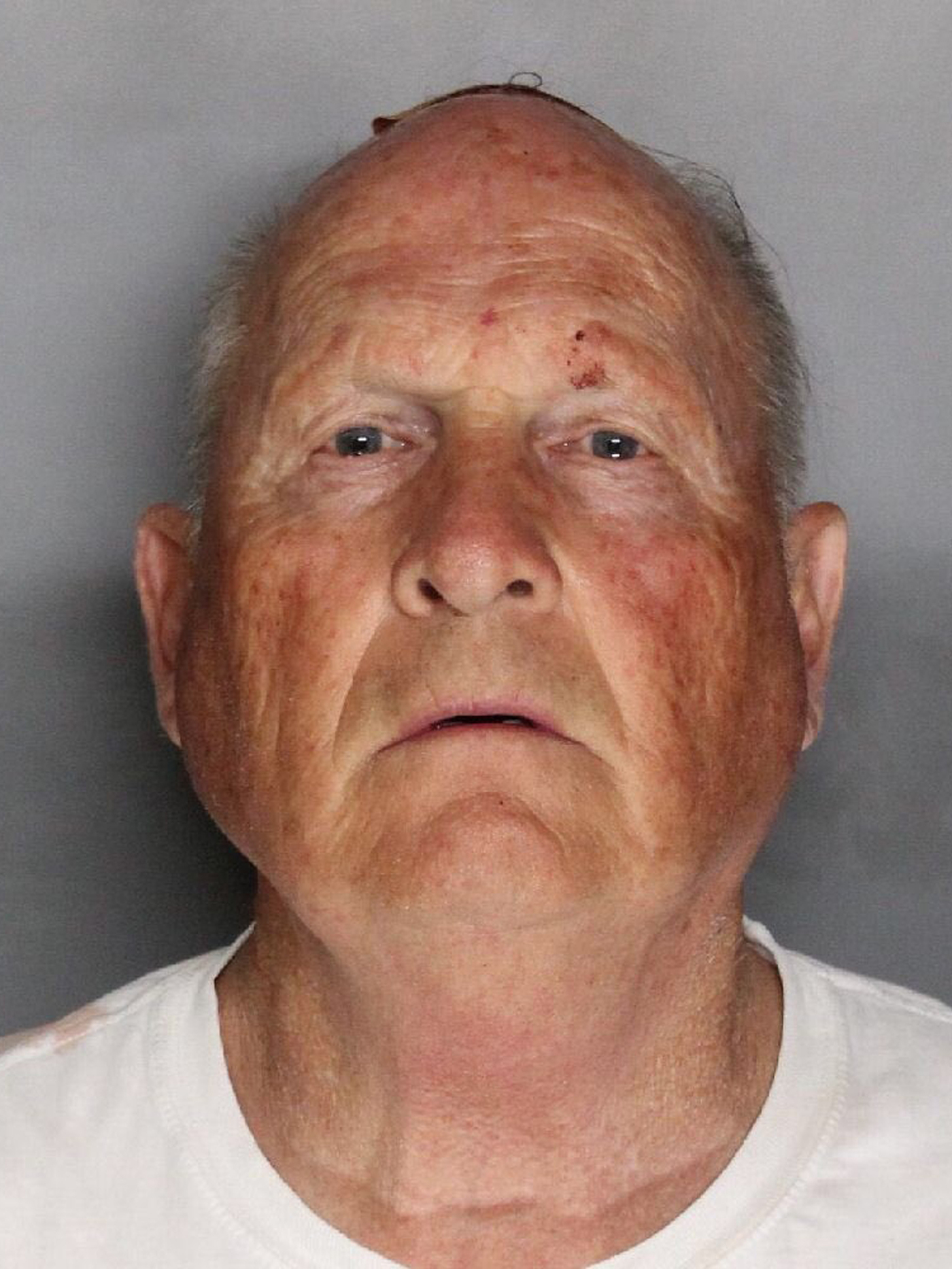 "The time frame of the crimes supports that the suspect was a police officer when he committed some of these crimes," said Sean Ragan, special agent in charge of the FBI Sacramento office, according to the Los Angeles Times.

The Bee compiled a long list of the crimes associated with the Golden State Killer — or as he was previously known, the East Area Rapist or the Original Night Stalker. The majority of the rapes occurred in the years while DeAngelo was a police officer, but from the December 1979 to May 1986, 10 people in California were killed in murders later tied to the East Area Rapist.

In 2011, the Times reported that new DNA technology had allowed authorities to connect the spree of rapes in Northern California with the killings in Southern California.

The search for Golden State Killer picked up renewed intensity in 2016, when Sacramento County District Attorney Anne Marie Schubert helped create a task force to find him. The FBI offered a $50,000 reward for information leading to the arrest and conviction of the killer.

"If he is still alive, the killer would now be approximately 60 to 75 years old," the FBI said at the time. "He is described as a white male, close to six feet tall, with blond or light brown hair and an athletic build. He may have an interest or training in military or law enforcement techniques, and he was proficient with firearms."

Writer Michelle McNamara became obsessed with the case, and she started the True Crime Diary website. Earlier this year, McNamara's posthumously published book on her search for the killer, I'll Be Gone In The Dark, became a bestseller. It's slated to be turned into an HBO docuseries.

Sacramento County Sheriff Scott Jones said they used DNA evidence from a discarded item to link DeAngelo with samples the killer had left behind years ago.

Schubert said there was a break in the case six days ago; the Los Angeles Times reports that genetic information on a consumer genealogy website dramatically narrowed the pool of suspects, helping lead authorities to DeAngelo.

The former police officer retired last year after 27 years working in a supermarket distribution warehouse. A man who worked with him for years told the Bee that DeAngelo was "a regular joe" — except that he never smiled.

Neighbors told the Bee differing accounts of whether DeAngelo seemed normal, but many mentioned he had a very short temper. His recent criminal record shows nothing major, according to the Times.

Police waited outside DeAngelo's house for days, monitoring the retiree's movements, The Associated Press reports. Authorities finally moved in and arrested him without incident at his home in the Sacramento suburb of Citrus Heights.

DeAngelo told the officers that he had a roast in the oven, and they told him they'd take care of it.